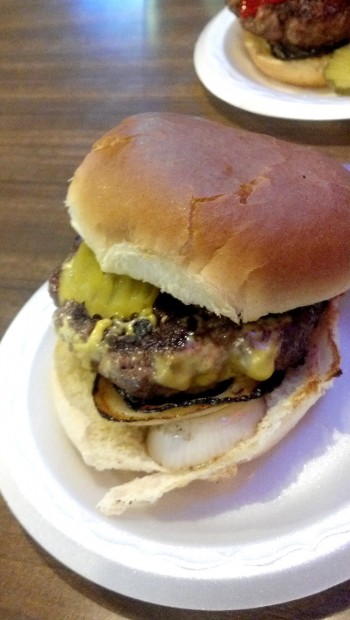 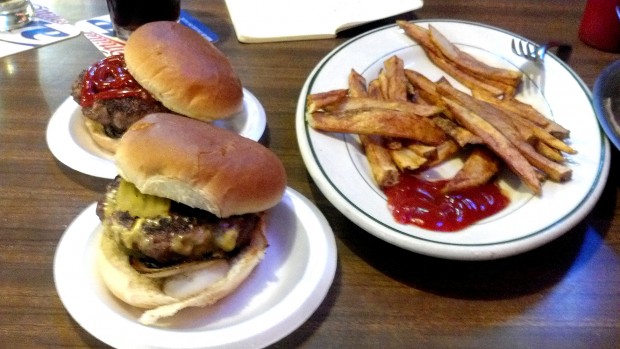 BY BETHA WHITLOW • Special to the Post-Dispatch

How long has it been since you've been surprised? I'm talking so completely and pleasantly surprised that you shook your head in amazement and said, "Wow, that was just … great!"

That head-shaking surprise happened to me at the Iowa Buffet.

By all appearances, Iowa Buffet is an average south St. Louis tavern: corner-hugging, architecturally modest, and emanating the potentially off-putting but not overwhelming scent of cigarette smoke. Make sure to introduce yourself to Carol, the warm and inviting owner who leads a great cast of characters including loyal regulars, barbecue master Dave (who "came with the bar" when Carol bought it 25 years ago) and a generations-old gas broiler kept alive with scavenged parts.

Carol believes that everything good happens in the city, and she makes you believe it too. Under her watch, Iowa Buffet isn't just a relic of when corner bars meant something to a neighborhood. It's a lively, vital community center, serving up ample cheer, a caring environment, lots of cold beer and some very good eats.

Best call ahead to get some of the Saturday barbecue, cut to order by a local butcher and sold out by noon. We sadly missed out, but that simply allowed the ancient broiler a star turn. Still on fire after all of these years, it turned out a flavorful, piping hot "Hankburger" (named after a previous owner and a steal at $2.25) that was superb — substantial, juicy, and cooked to order under a blanket of grilled, caramelized onions. A side of house-made fries ($2.25), charmingly rustic in various lengths and widths, were tender and meaty. We also enjoyed a cooling sample of Carol's impromptu wilted lettuce salad under bacon vinaigrette, part of the pork steak special (also sold out).

Transcending anything I'd expected, Iowa Buffet's tasty food and friendly vibe still have me buzzing. I can't wait to go back.