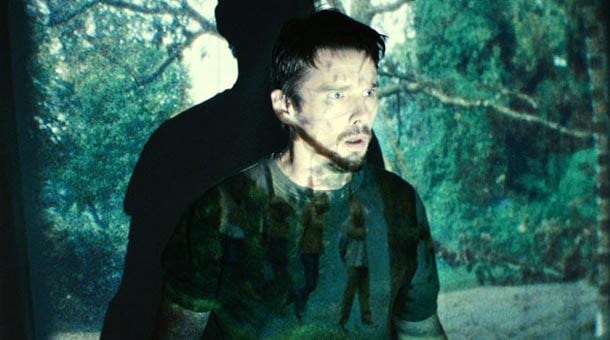 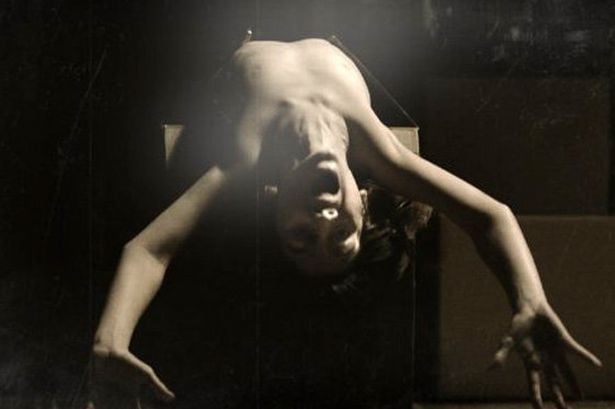 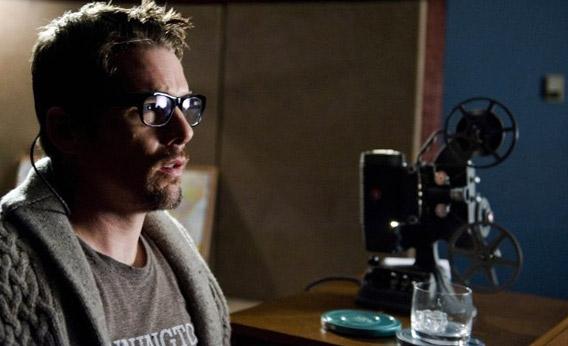 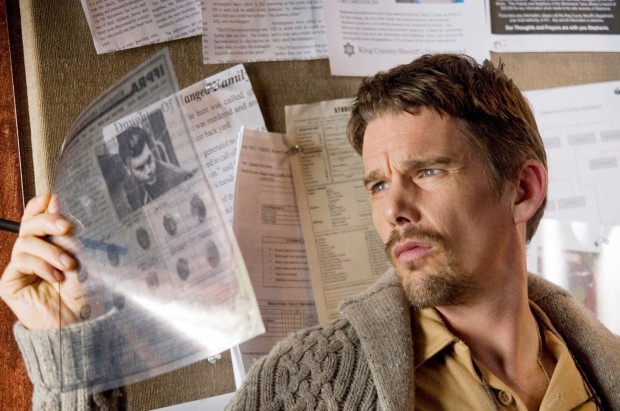 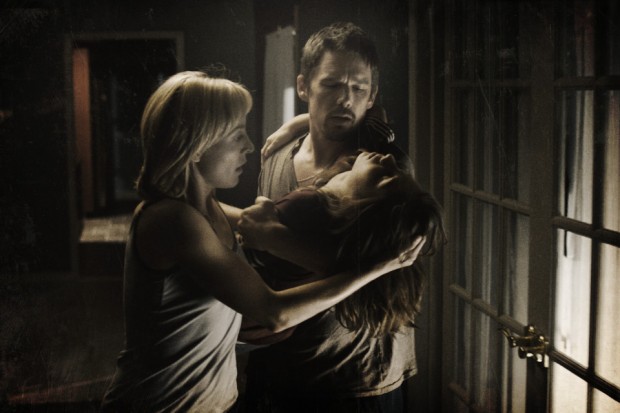 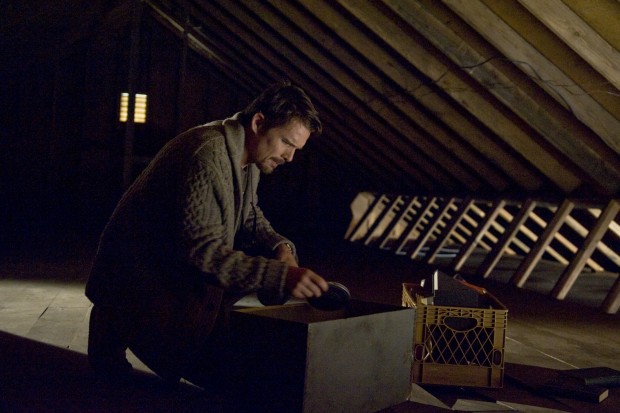 There's no shortage of "found footage" when it comes to today's horror movies, or no worries of saturating that premise.

Sandwiched in between the little-seen "V/H/S" and upcoming expected blockbuster "Paranormal 4" is "Sinister," in which Ethan Hawke stumbles upon some very bad home movies.

Hawke is true crime writer Ellison Oswalt, desperately looking for his next best-selling book after he has fallen into a slump. He and his wife Tracy (Juliet Rylance) relocate to a new town where some horrific murders took place, in hopes of finding meaty source material for his book.

Tracy makes her husband promise that their new home isn't a few houses away from a crime scene like their last one — and it isn't. What he doesn't tell her: It's the exact house where a family of four was left swinging from nooses on a backyard tree, and where a daughter went missing.

While fumbling around in the attic, Ellison makes a grisly discovery: a box of Super 8 movies, each detailing the murder of a different family, including the ones in his own back yard. One family is burned alive, another drowned, another sliced by a lawnmower. A strange shape appears in some of the frames, someone known as Mr. Boogie, who resembles something out of a "Saw" movie.

Meanwhile, Ellison's son's extreme night terrors increase, the daughter's drawings take a terrible turn and things start going bump in the night as what initially looked like a serial-killer flick takes on the supernatural.

Director Scott Derrickson keeps the R-rated proceedings decidedly creepy and on edge, though too many confusing elements eventually get stirred into what becomes an overflowing pot.

But it comes together with a gruesome though excellent ending that some will find difficult to shake.

Find theaters and showtimes for 'Sinister'