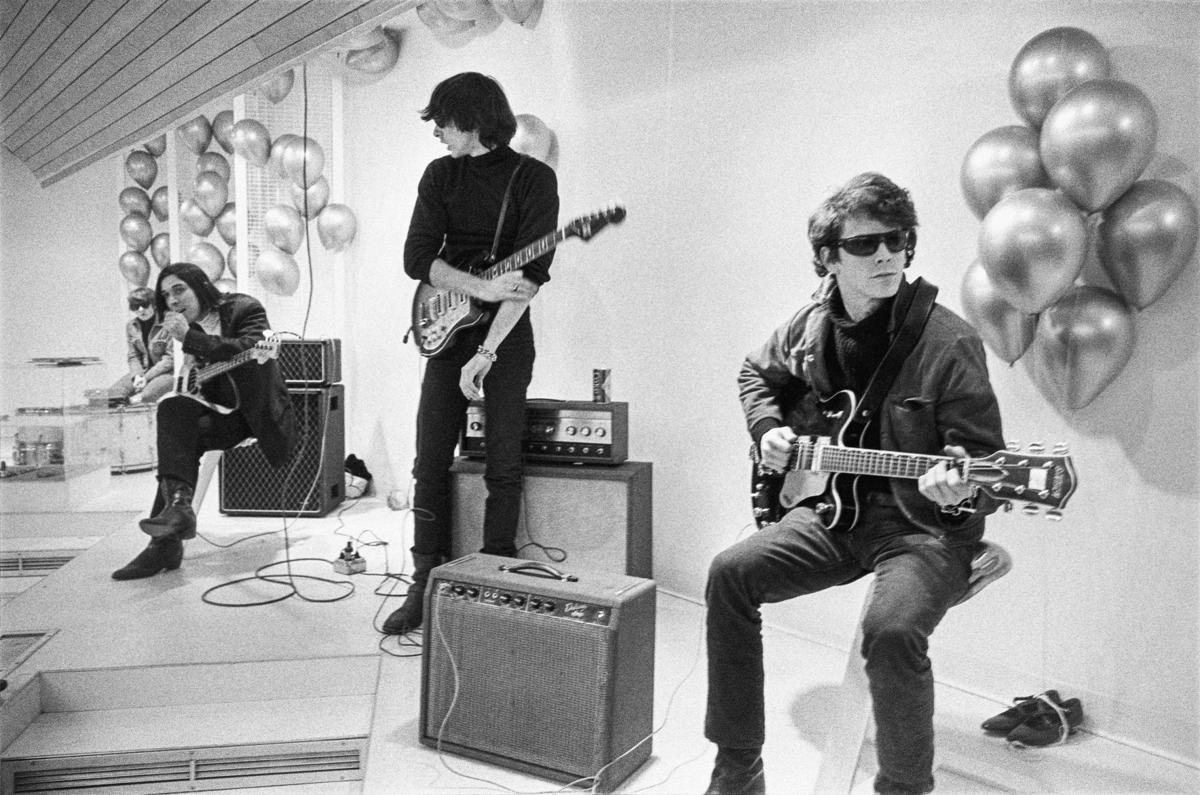 From left: Moe Tucker, John Cale, Sterling Morrison and Lou Reed, in a photo by Nat Finkelstein, seen in “The Velvet Underground” 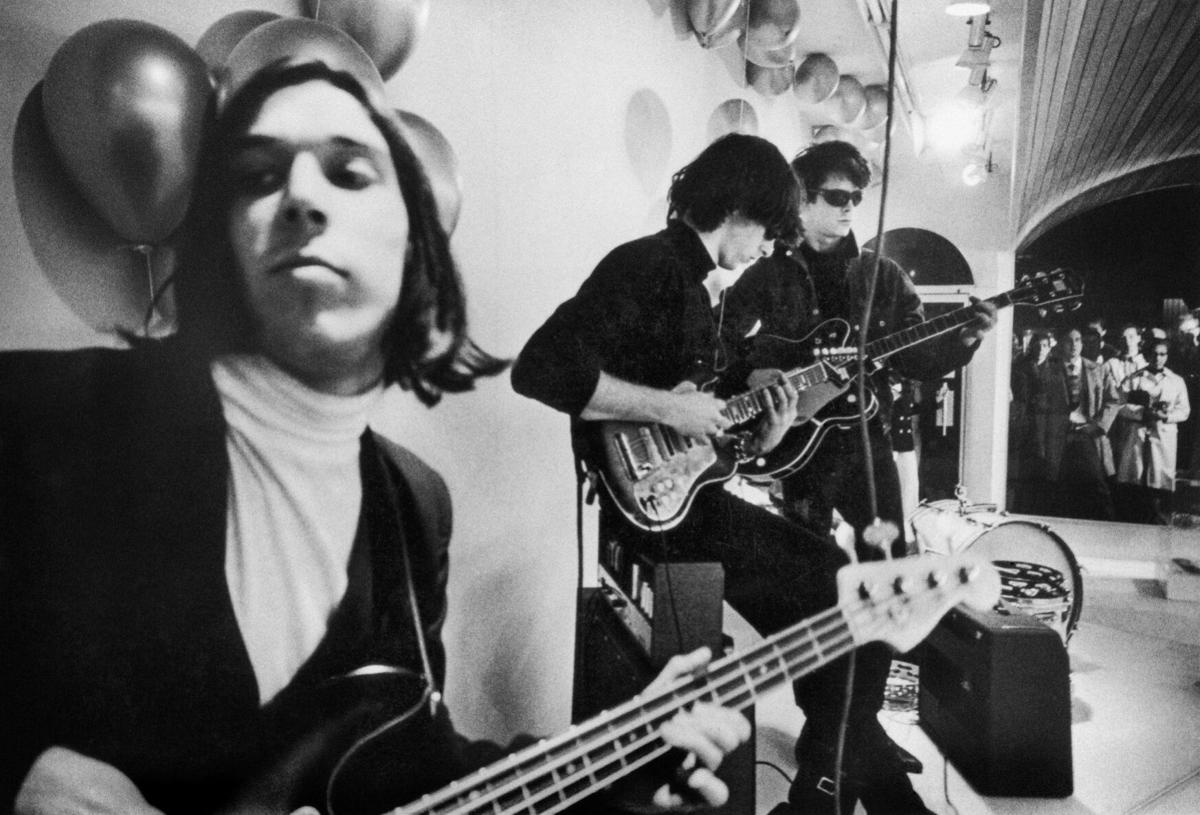 From left: John Cale, Sterling Morrison and Lou Reed, in a photo by Nat Finkelstein, seen in “The Velvet Underground"

Director Todd Haynes still remembers the impact of hearing the debut album by the Velvet Underground for the first time more than four decades ago.

“It was a world that it brought you into,” Haynes says of 1967’s “The Velvet Underground & Nico.” “It felt like a very specific place that was like no other place that I’d been in.

“I wanted to inhabit that place,” he says. “I think it made me, as I think it’s true for other artists as well, feel inspired to make stuff. To do something creative in response.”

Haynes, whose career as a filmmaker includes such acclaimed dramas as “Carol” and “Far From Heaven,” has also made a handful of music-themed movies. “Velvet Goldmine” includes characters inspired by artists such as David Bowie, Iggy Pop and the Velvet Underground’s Lou Reed, while “I’m Not There” is an unconventional biopic about Bob Dylan. Haynes also famously made “Superstar: The Karen Carpenter Story,” a documentary-style film about the late singer that used Barbie dolls instead of actors; the film was pulled from circulation after the singer’s brother Richard Carpenter sued over unlicensed use of the group’s music.

With his new film, “The Velvet Underground,” arriving Oct. 15 on Apple TV+, Haynes takes a deep dive into that world that captured his imagination and inspired his creativity as a college student in 1980.

Haynes says his name surfaced as a possible director for the film not long after musician and performance artist Laurie Anderson, who’d been married to Velvet Underground founder Lou Reed until his death in 2013, moved his archives to the New York Public Library. Around the same time, an executive at the record label that holds the rights to the band’s catalog approached Haynes’ longtime producer to gauge his interest in a documentary.

“He was asking, ‘Would Todd be interested in doing a doc about the Velvets?’” Haynes says. “I didn’t have any hesitations about it. I mean, not to say there weren’t incredible challenges that were going to be really interesting to tackle, but I was eager to see what those would be.”

Before long, the artist Andy Warhol took the band under his wing, inviting them into the Factory, Warhol’s creative center for art, film, music and performance in the 1960s. As the band’s manager, Warhol suggested adding the German singer and actress Nico to the group; he served as producer, more in name than musical deed, of their debut.

For Haynes, much of the documentary was built from archival footage drawn from Warhol films, as well as footage of other experimental filmmakers of the 1960s, lending the feeling of a lost work of that era in its visual style.

For much of the film, he used footage shot in the so-called Academy ratio, which allowed him to fill the sides of the screen with other images in a split-screen presentation inspired by Warhol’s film “Chelsea Girls.”

“So the frames could move, and even explode into a full grid at a certain part of the film,” Haynes says. “It was something that was starting to happen in experimental filmmaking, which would actually make its way in some very interesting applications in narrative films by the end of the ’60s.

“’The Boston Strangler’ uses beautifully constructed multi-frame passages, and you see it in other films — the documentary ‘Woodstock’ uses multiframes,” he says. “So it was something that was sort of in the air at the time.”

The result is a film that is as narratively engaging as it is visually stimulating. Haynes says it was important that both the music and images he used make clear the evolution of the Velvet Underground and its individual members into a band unlike any other.

“It made (the Velvet Underground) absolutely distinct from any other band,” he says of the alchemy that happened when Reed and Cale joined forces. “Because of this very unique series of ambitions on the part of John Cale to explore the avant-garde, and Lou Reed to do stuff more based on R&B music and rock ’n’ roll.”

Just as Haynes found inspiration in the grooves of that first Velvets album, so have others. “The first Velvet Underground album only sold 10,000 copies, but everyone who bought it formed a band,” musician-producer Brian Eno famously said about the group.

“So you feel like you’ve actually achieved something by finding them to begin with,” he says. “I think in that way you also feel like they see you.

“It’s sort of what Jonathan Richman says in the movie,” Haynes says of the singer-songwriter who as a teen saw the Velvets 50 or 60 times by his own count. “That he thought these people would understand (him), like, there’s something about the music and the tone and the attitude that makes you feel all right about not always feeling in sync with the world.

“You find this band and so you’re not alone, in times where you might have otherwise felt the most alone.”

The documentary includes interviews with Cale and Tucker, the two surviving members of the original lineup, as well as others who were part of the band’s orbit during its brief existence: Jackson Browne, who accompanied Nico in her solo performances, actress Mary Woronov, who was one of Warhol’s Superstars, and Reed’s sister, college bandmates, and a former songwriting colleague.

In a strange way, Reed’s presence is felt throughout the film, thanks in part to the footage and audio that Haynes includes. Warhol’s Screen Tests — which were silent close-up shots of the band and others — are featured in the split-screen portions of the film, and while Reed never does more than look at the camera and then look away, there’s a powerful quality to those moments.

When asked about moments when he felt he knew his subjects best, Haynes points to the Screen Tests and Lou Reed.

“To watch him from this time, just breathing, very small little shifts of movement, and eye glances,” Haynes says. “And it almost feels like he’s responding to the other frame next to him that’s telling his childhood stories, you know?

“It pulls you deeper in and also pulls you out. As if he’s sort of commenting, ‘Oh, this is how you’re telling my story, huh?’”

What “The Velvet Underground” • When Available Oct. 15 • Where Apple TV+ • More info tv.apple.com

QB and his wife will answer questions after a screening of "American Underdog," the centerpiece of 30th St. Louis International Film Festival.

If you need a fright or two in the nights leading up to Halloween, streaming services have you covered.

'Dune' finally gets the film adaptation it deserves

As an actress, Selma Blair has never been the lead of a movie. Until now, that is.

REVIEW: 'No Time to Die' is one of the best films of the year

Who was Halyna Hutchins, the director of photography killed by prop gun?

The film industry has been left shocked and in mourning after cinematographer Halyna Hutchins was killed on set when Alec Baldwin discharged a prop firearm.

The Real Housewives of Haddonfield are more than up to tipping a table or two if it means ridding the town of Michael Myers.

Prop guns: What they are and how they can kill

Even when there is no "bullet" in a prop gun, there are still projectiles, including gun powder and gas that can be dangerous within a certain range.

Should you be anticipating "The Electrical Life of Louis Wain" in the hopes of a lighthearted Victorian romp featuring lots of cute appearances by cats, approach with caution. The cats are certainly there, particularly a dignified black-and-white kitten named Peter who deserves a kitty Oscar of some sort (he gets some real drama into a scene where he climbs some stairs), but the mood of this ...

From left: Moe Tucker, John Cale, Sterling Morrison and Lou Reed, in a photo by Nat Finkelstein, seen in “The Velvet Underground”

From left: John Cale, Sterling Morrison and Lou Reed, in a photo by Nat Finkelstein, seen in “The Velvet Underground"