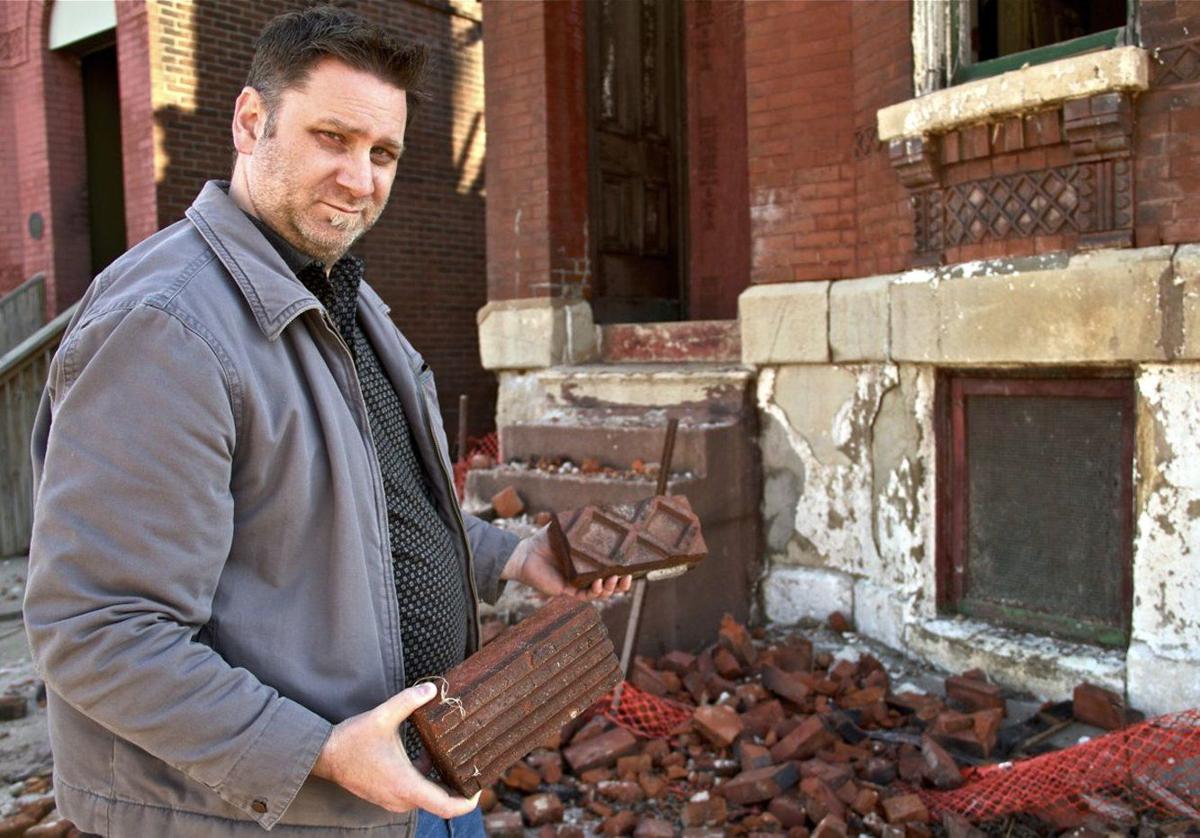 Bill Streeter, filmmaker of Brick, by chance and fortune. 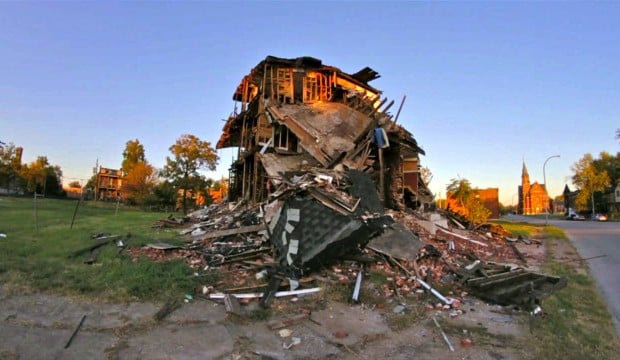 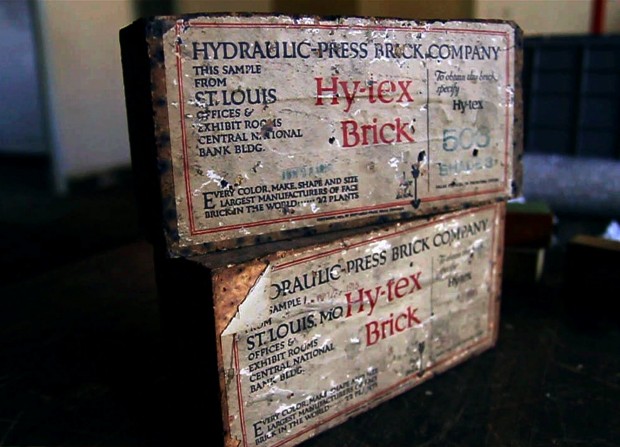 "I admit it seems a little nutty," Streeter says. "But the more I learned about the history here and how that history is being stolen by brick thieves, I realized this could be a good film. One of the things that helped me think it was OK is when I saw that movie 'Helvetica.' I figured if someone can make a movie about a typeface, I can make a movie about a building material."

"Brick by Chance and Fortune" had its debut at the St. Louis Filmmakers Showcase and will play twice this week at Off Broadway. The title, taken from Greek historian Plutarch, alludes to our geological jackpot: the clay beds that lie beneath large areas of St. Louis.

"But brick is only part of it," Streeter says. "Even brick cities like Boston don't have the great brickwork we have here. That's because we were a frontier city that attracted a lot of skilled immigrants. We also had the railroads and river to move brick to other cities. Brick is our fortune — our underappreciated fortune — and our legacy today."

After moving to St. Louis from Chicago about a decade ago, Streeter noticed the rich red hues and ornamental brickwork that characterize not just grand mansions, but tiny bungalows and working-class flats.

"Chicago has a lot of brick, but the brick was obviously different here," says Streeter, a graphic designer for AT&T who lives in a 1918 brick bungalow near Tower Grove Park. "As I was working on the movie, I found myself noticing buildings I had never noticed before. I take the same route home from work everyday — Gravois to Arsenal — and there's beautiful brick buildings with weird little details."

Thanks to tax credits, much of that legacy has been preserved. But in largely vacant north St. Louis neighborhoods, brick thieves are tearing down entire homes and selling the brick to unscrupulous dealers. Some creep in at night with sledgehammers; others sheer off entire walls in the light of day. Fourth Ward Alderman Sam Moore calls the remains "doll houses."

Streeter says, "A lot of people will say, 'Well, so what? These house are just going to be torn down anyway.' But there are a number of problems with just letting them run rampant. They don't always take the whole house. They'll just take the back and leave the house standing. They don't cut off the gas lines or cut off the water lines. There are all sorts of safety issues. And a lot these nuisance crimes are connected to more serious crimes."

St. Louis police Sgt. John McLaughlin, who leads the nuisance and problem property unit, has not seen Streeter's movie but agrees that St. Louis brick thieves threaten the safety, property values and heritage of St. Louis. He says a new initiative between police and the building division has started to stem the problem. Six months ago, the building division started to color-code permits, which must be clearly posted on a work site. McLaughlin has trained beat officers and other city workers to look for the permits. He hopes residents also will alert police when permits are not displayed.

"We can't place an officer at each vacant building, so it's important that community looks for these permits," McLaughlin says. "It seems like a small change, but it's made a difference."

Though fewer buildings are being destroyed outright, McLaughlin says, "ants" come in and take 10 or 20 bricks here and there. So far, police have made about 16 arrests this year, and the city has shut down two brickyards.

"It's a real interesting community," McLaughlin says. "You'll see everybody start to gather under a tree across from the place, and then they fan out and they all come back with bricks. It's like ants on the picnic. I would like to put more pressure on brickyards — limiting what hours they can do business so people don't come in at 1, 2 o'clock in the morning.

"It's not organized. I think a lot of these guys are substance abusers, and they're just looking for money for the next fix, just like in metal thefts. You can buy brick at Home Depot, but it's not of the same quality of the brick you find in the homes of St. Louis. These bricks have historic value to the city."

And to our civic psyche, as well, Streeter says. He is amazed that a building material can evoke such an emotional response.

"I heard there were two women at the screening who were crying," Streeter says. "To see your neighborhood destroyed is hard. Each of these houses is a little antique and, once it's gone, it will never be replaced by something like it. If you don't pay attention, there might not be any left."

'Brick by Chance and Fortune'

Developer and St. Louis County team up to save historic blacksmith shop

The 130-year-old-building will be moved and reassembled at Faust County Park in Chesterfield.

St. Louis brick is a prized commodity among builders, particularly in the South, who are attracted to its rich, red patina.

Bill Streeter, filmmaker of Brick, by chance and fortune.