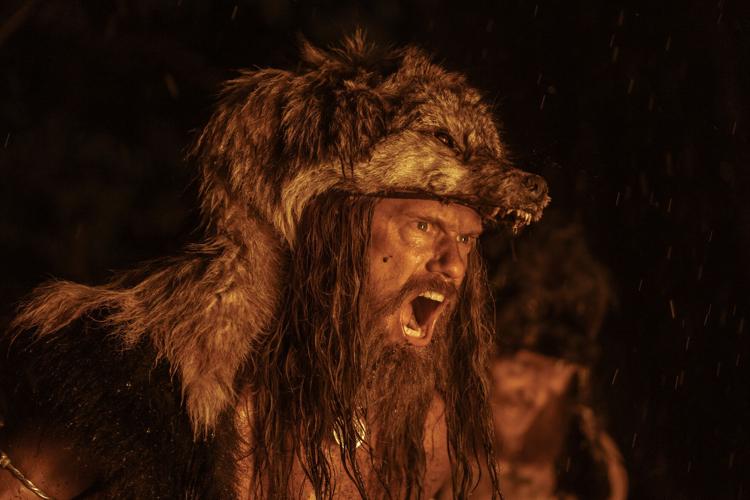 Alexander Skarsgård stars as Amleth in "The Northman." 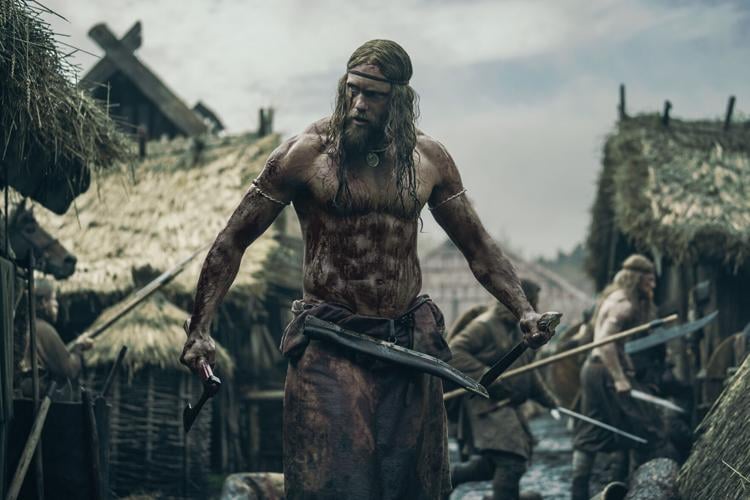 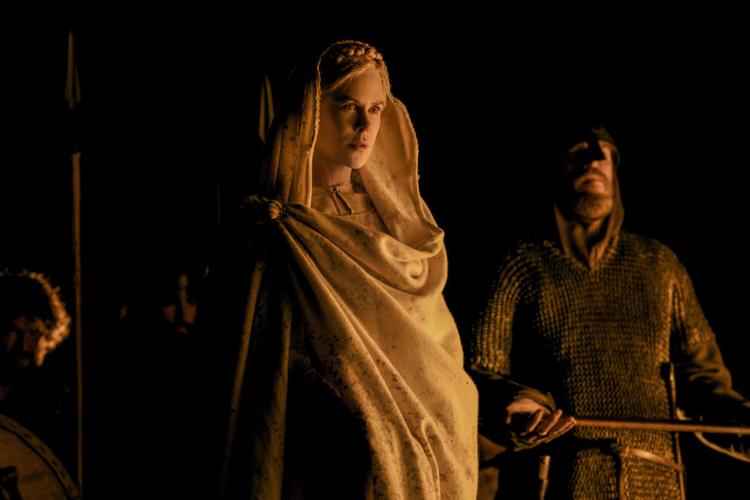 If you didn’t get to absorb the mammoth undertaking of “The Northman” when it was in theaters, see it now on DVD.

The scope won’t be a vast, but you should get a sense of the anger that seethes through a young man’s life.

Watching as his father is murdered by his uncle, a young Viking vows to avenge the death and save his mother. The boy, though, doesn’t put his plan into play until he’s a strapping warrior, capable of plotting attacks and acting on anything but impulse.

The adult Amleth (Alexander Skarsgard) works his way into the inner circle as a slave, winning favor from his mother (Nicole Kidman) and his uncle (Claes Bang) when he saves a young royal in what seems like a harmless field game. That moves him up the rung of power and brings him closer to the showdown of all showdowns.

Directed by Robert Eggers, “The Northman” travels in its own world – one filled with mysticism and mayhem and it never quite leans into the “Gladiator”-type world it suggests. Here, just when you think it’s headed one direction, “The Northman” finds another.

It’s to Eggers' credit that this isn’t Viking violence as usual. Amleth has his moments, but he’s also very good at hiding weapons, masking his identity and trusting almost no one. When he lets out his rage, it’s impressive. Skarsgard releases a scream that’s chilling and key to understanding what makes the warrior work.

Shot in a world that would give even Hobbits pause, “The Northman” has that moody Eggers look but stretched on a canvas that never seems to end.

When we catch glimpses of the uncle, we know he’s a formidable foe, but not one you’d tackle willingly. Amleth, though, holds his temper and flexes his muscles only when necessary. Anya Taylor-Joy becomes part of his inner circle but she doesn’t have the same hold as his mother. Amleth’s goal: Free mom from the bonds of a Scar-like uncle.

Perfectly cast, Kidman finds her own left turns and has a reunion scene with Skarsgard that will make you understand the kind of filmmaker Eggers is.

Skarsgard, though, is the revelation. He creates a character we haven’t seen in his past – or anyone else’s. When he’s put into play with Bang (who’s very, very good), the film powers to a strong finish.

Eggers lays this out like chapters of a book and, to be honest, the format isn’t necessary. It’s OK to let time pass (“years later,” a title card reads) without a prompt. Skarsgard can approximate the ravages of time and, once he brandishes his beloved sword, none of that waiting even matters.

Cinematographer Jarin Blaschke's look is impeccable, even when scenes are too dark to discern who’s moving in the rushes. When Skarsgard neutralizes a killer, it’s enough to know he’s on the side of, well, gods.

Because so many big names disappear before the plot takes hold, it’s important to inspect all those triumphal marches to see who’s in play. Ethan Hawke and Willem Dafoe set the tone, then Skarsgard, Bang, Kidman and Taylor-Joy take over.

Impressive and offbeat, “The Northman” doesn’t require a fascination with Vikings and violence, just an understanding of love and determination.

Eye for the Appetite: Explore the World of Food Photography with Jennifer Silverberg

Volunteers Change the World – Join Us

Review: Emma Thompson gets intimate in 'Good Luck to You, Leo Grande'

“Good Luck to You, Leo Grande” will probably get attention for Emma Thompson’s big nude scene.

“The Unbearable Weight of Massive Talent” may look like a way to nudge Nicolas Cage’s eclectic career. But it’s really a celebration of those films that worked.

Review: 'The Black Phone' is a brutally violent take on horror trend

Nostalgic horror flick goes for the jugular with a surprising extremity of violence and a tone that straddles bleak and buffoonish.

REVIEW: 'Lightyear' isn't as buzzy as it could have been

Just when you think you’re going to make it to the end of the month, a sinkhole appears in front of your business.

What to stream: Get all shook up with the best Elvis Presley movies, docs

Baz Luhrmann’s new film will only whet the appetite for more Elvis Presley, and this is just a starting point.

What to stream: ‘Halftime’ and other projects give a look back at J.Lo’s career

"Halftime" will make you look at J.Lo in a new light, and you'll want to revisit some of her greatest hits.

Review: Sorry, Pixar's 'Lightyear' is a bit of a buzzkill

Should “Lightyear" have been a feature film or a Pixar short? The answer is very much the latter.

REVIEW: 'Jurassic World: Dominion' makes you regret there were dinosaurs

Alexander Skarsgård stars as Amleth in "The Northman."