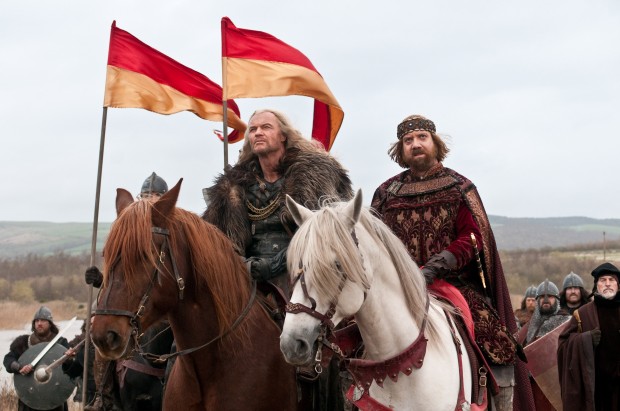 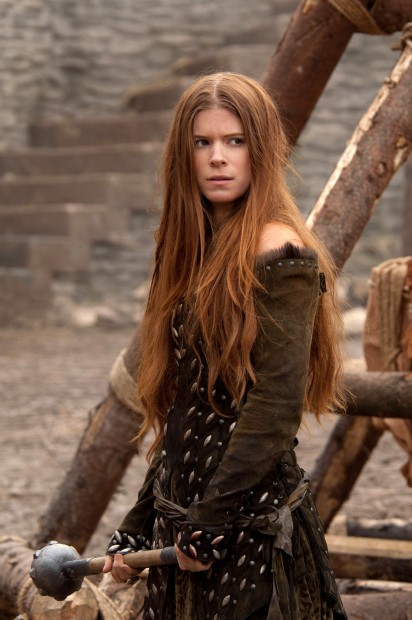 Medieval movies could use some new blood after the latest, limp version of "Robin Hood," and "Ironclad" delivers it by the bucketful. This stout-hearted history lesson should please thinkers and thrill-seekers alike, as it realistically re-creates a battle for Britain's soul, circa 1215.

The occasion is the rebellion of barons against cruel King John II. When the king (Paul Giamatti) spends too lavishly on conquering France, the lesser nobles force John to cede some power and sign the Magna Carta, codifying basic rights for ordinary Englishmen.

But King John believes his rule is ordained by God, and he musters a counter-revolutionary army that includes Danish mercenaries. The critical stronghold for the democrats is Rochester Castle, at the mouth of the Thames. That's where a crusader-turned-merchant named Albany (Brian Cox) assembles the Seven Swordsman — a true believer, a buffoon, a playboy, a marksman, a strongman, a young acolyte and himself — to defend the castle against John's army.

The familiar faces include James Purefoy as Marshall, the existential hero who breaks his vow of silence when his comrades in the Knights Templar are slaughtered; Jason Flemyng as the rascal Beckett; Kate Mara as the spirited young baroness of Rochester; and Derek Jacobi as the pragmatic old baron who first welcomes and then betrays the seven defenders.

The stellar cast and script assure character development and melancholy musings on the nature of heroism; but when the swords are unsheathed, this becomes a brutal action movie, albeit one that understands strategic necessities. When the king's men melt hog fat — on the writhing bone — to smoke out the knights, or when John hacks the hands from a foe, you know you're not watching a mainstream Hollywood flick.

Handcrafted in Wales by aptly named director John English, it cuts cartoonish battlefield flicks like "300" to size. As a critic who complains about painless and brainless action movies, I hoist a glass of mead to the men and maidens of "Ironclad."

Find theaters and showtimes for 'Ironclad'

Watch a trailer for 'Ironclad'