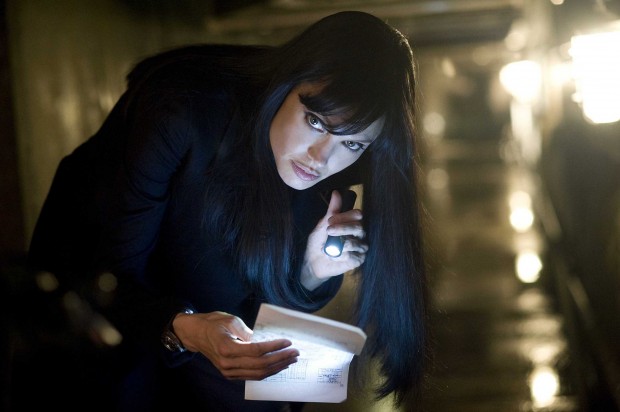 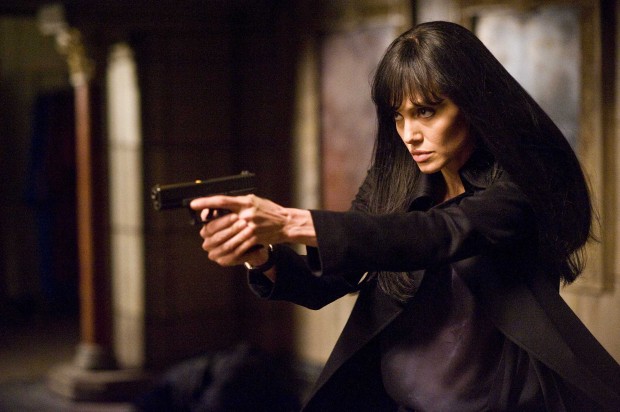 Angelina Jolie is a diabolical double agent who's been implanted in the American power structure to provoke chaos. And so is the character she plays in "Salt," a serviceable spy thriller from collaborators who have done better.

Philip Noyce, who directed Jolie in "The Bone Collector" (and Harrison Ford in his Jack Ryan movies), demonstrated his sociopolitical smarts in "The Quiet American," "Rabbit-Proof Fence" and "Catch a Fire."

But now he's back to delivering popcorn. It's no surprise that this vehicle moves briskly, but it's disappointing that Jolie rides shotgun so joylessly.

As Evelyn Salt, a CIA agent who goes on the run after a Russian defector accuses her of being a mole, she's got an arsenal of superhuman skills but little of the wit or allure she flashed us in "Wanted" and "Mr. and Mrs. Smith."

Because she works undercover for an oil company, Salt is necessarily a secretive character. But even her marriage to a German entomologist (August Diehl) is a sketch instead of a portrait.

Hot on Salt's tail are CIA agents played by Chiwetel Ejiofor and Liev Schreiber. The latter is Salt's closest friend and believes she's being framed — until the fugitive agent infiltrates a state funeral at St. Patrick's Cathedral for a brazen assault on a world leader.

The notion that Jolie would play a communist traitor is intriguing, but anyone who's ever seen a spy movie can predict the double and triple crosses that nullify any nuanced politics.

"Salt" is reassuringly familiar: Russians are villains, nuclear launches are counted down by computerized female voices, and our bravest agents can leap between speeding trucks without breaking a heel.

As a consumable resource, "Salt" goes down easy, but it's lacking both nourishment and flavor.

Jolie proved to be just as tough as Cruise for 'Salt'