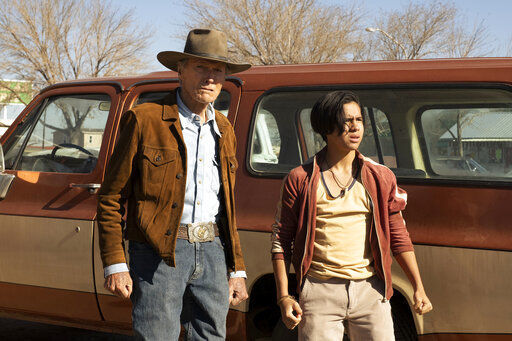 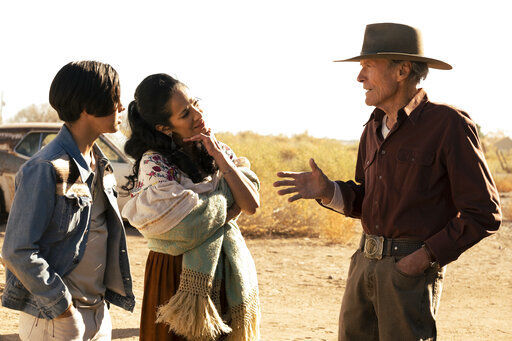 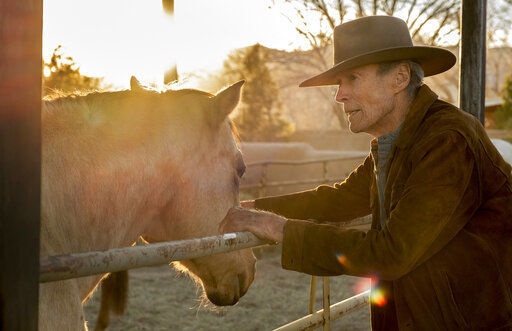 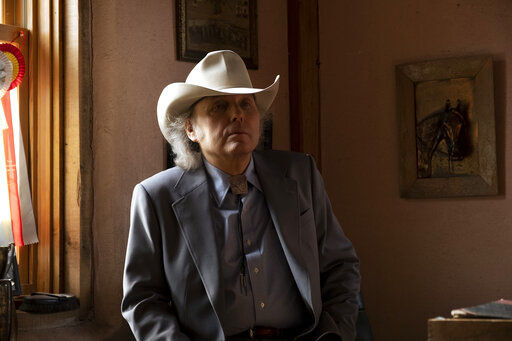 Last year, Tom Hanks and George Clooney each played movie roles in which they showed off their fatherly sides by taking care of a child. There must be something in the water in Hollywood because now it’s Clint Eastwood’s turn.

He directs and stars as a crochety old cowboy pressed into transporting a teenager from Mexico to America in “Cry Macho,” an aimless and sometimes cringeworthy film. But it has perhaps the best performance by a rooster in modern cinematic history.

The film is apparently supposed to be a meditation on masculinity, with Eastwood’s onetime rodeo star Mike Milo taming and rebuilding his young rebellious charge into an honorable young man. Instead, it’s a meditation on clumsy and predictable filmmaking.

The screenplay, by Nick Schenk and the late N. Richard Nash, is based on Nash’s book. Schenk is the leading Eastwood interpreter, having written for the icon before with “Gran Torino” and ”The Mule.” Eastwood, now 91, is in that place he’s found himself so many times before: a gruff, honorable loner with a heart of gold.

The year is 1979, and the honorable loner — a widower, naturally — is still showing up at the rodeo for work in his 90s until his boss fires him. “You’re a loss to no one. It’s time for new blood,” says his employer, played by Dwight Yoakam.

A year later, this same boss inexplicably asks Mike for a favor: Get my son away from the clutches of my evil ex-wife in Mexico, and bring him to me. Soon Eastwood is on his way south, trundling along in an ancient car.

Turns out the ex-wife (Fernanda Urrejola, overdoing it) is an unbalanced mob boss who both laughs at this curious visitor and weirdly wants to bed him. “You think you’re the first my ex-husband sent?” she mocks him.

Eastwood’s character finds the boy, but the teen is a bit of a mess psychologically. One telltale sign is that he’s overly fond of a fighting rooster he has called Macho and carries about everywhere.

The boy, Rafo, shows signs of physical abuse, and the filmmakers raise the issue without really confronting it. The boy and the rooster are more for comic effect. The rooster, however, vocalizes his emotions and defends those he loves with a flurry of feathers and pecks; he should have his own film franchise.

The dialogue here is stilted, as if to conform to the plain brusqueness of Eastwood’s favored loners. “Can I wear your hat?” the boy asks. “No,” says Eastwood. “Why not?” asks the boy. “Because it’s a cowboy hat. And you’re not a cowboy,” comes the answer.

Eduardo Minett plays the teen with varying degrees of success, unable to really deliver the killer lines about his rotten past, such as: “On the street, I trust no one. But it is safer than home.” For Eastwood’s part, he gets less grouchy: “You’re kind of growing on me, kid.”

But the worst dialogue is given to an unfathomable love interest, portrayed by Natalia Traven, playing a feisty widow. It’s all pretty awkward. When the couple dance, it looks as if she’s holding up a frail Eastwood in case he falls.

Anyway, Eastwood’s character and the boy are soon stranded in a dusty Mexican town. The older man starts caring for the townsfolk’s animals because he seems to be aware of basic biology and also teaches the boy to be a cowboy. In one queasy scene, Eastwood’s stunt double obviously breaks in a mustang. How do we know it’s a stunt double? Eastwood has trouble walking let along riding a bucking, snarling horse.

“Cry Macho” then veers off its road-movie premise and becomes a romantic comedy. Eastwood flowers in this Mexican town, fixing jukeboxes, reading stories to kids and apparently being a hot tamale for widows. He and the boy talk about life, religion and what it means to be strong. But it’s not clear what anyone has learned about masculinity, and the film ends on a sour note.

At one point, Eastwood’s character says to the boy: “This macho thing is overrated.” To which the audience will likely say: Totally.

Prince Harry receives birthday well wishes from across the pond

Prince Harry receives birthday well wishes from across the pond

'The Card Counter' takes an expertly crafted look at despair

'Paw Patrol: The Movie' is a fun time for kids, a ruff ride for everyone else