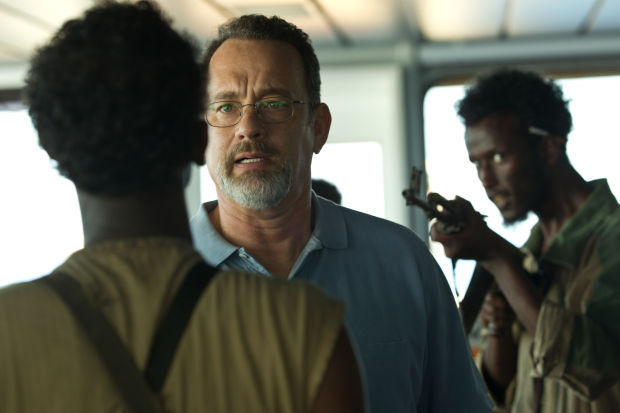 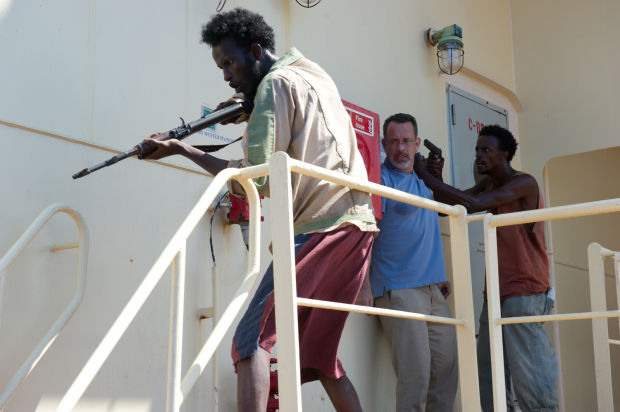 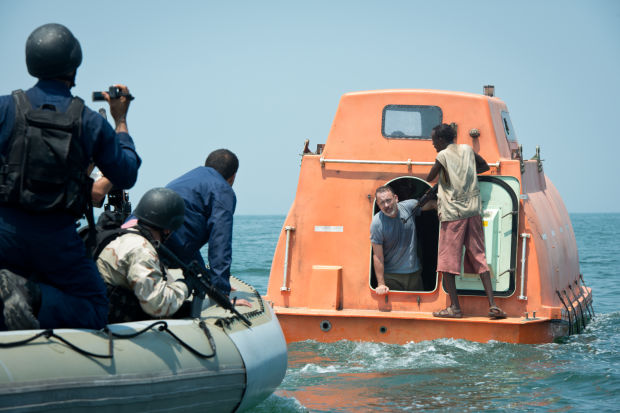 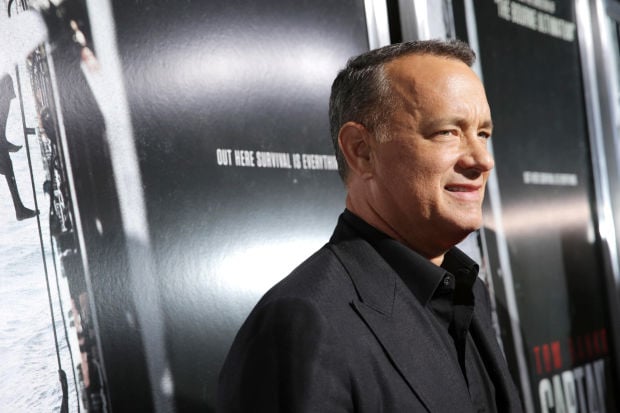 The typical Tom Hanks role is an ordinary American guy who finds himself in extraordinary circumstances. Think of his character in “Saving Private Ryan,” a high school teacher who becomes a captain in the Army and lands on the bloody beach at Normandy.

In his new film, Hanks plays another captain, of a civilian freighter. Rich Phillips has a wife (Catherine Keener), a suburban home and small headaches in Vermont. But from the bridge of the Maersk Alabama, he has an elevated view of the world.

On this particular voyage, his ship is sailing the Indian Ocean ’round the tumultuous horn of Africa. Among its many tons of cargo is food aid. Although Captain Phillips is a taciturn Yankee with a grumbling little crew of union seamen, we surmise that he is one of the good guys. But he’s also an American, which makes him a great white whale for pirates.

In a fishing village on the coast of Somalia, we meet another captain: Muse (Barkhad Abdi), an angry runt who elbows onto a skiff with three other outlaws and takes charge. Like Phillips, Muse is working for an unseen boss — in this case, it’s the local strongman who wields the carrot and the stick that drives desperate Somalis to hijack Western vessels for ransom.

A true story, “Captain Phillips” was directed by Paul Greengrass (“United 93”), a British journalist with an expansive worldview. Unlike in the Somalia-set thriller “Black Hawk Down,” the locals are not caricatured as faceless “others” who hate Americans for their freedom. In their war-ravaged land, banditry is the most pragmatic path for young men who do not have an education or the option of jobs in a civil society. The image of the tiny skiff racing toward the massive freighter is a potent visual metaphor for economic inequality.

Once the fearsome foursome breaches the water cannons and scales the tall walls of the ship, “Captain Phillips” becomes as exciting as one of Greengrass’ “Bourne” movies. Phillips smartly maneuvers the pirates away from the crew and some vital controls, but Muse has an equalizer: his gun, which he points at the unarmed American and flatly declares, “I am the captain.” Abdi, a first-time actor, proves himself the equal of Hanks, who is virtually assured of award nominations for his strongest performance in years.

As Phillips is forced onto a lifeboat and the Navy Seals ride to the rescue, the pace quickens and Greengrass’ trademark handheld-camera style is employed to precise effect.

Despite the obvious mismatches involved, this isn’t a simplistic smackdown. Freighted with weighty issues, “Captain Phillips” is a film worth debating.

What “Captain Phillips” • Three and a half stars out of four • Rating PG-13 • Run time 2:14 • Content Intense action sequences and some bloody violence

The best and worst (but mostly best) of Tom Hanks

The star of "Captain Phillips" is an enduring light in the Hollywood heavens.

Quoted: The wit and wisdom of Tom Hanks

The star of "Captain Phillips" talks fact, fiction and fame.

Joe Williams: 'Captain Phillips' will be a hit for Hanks