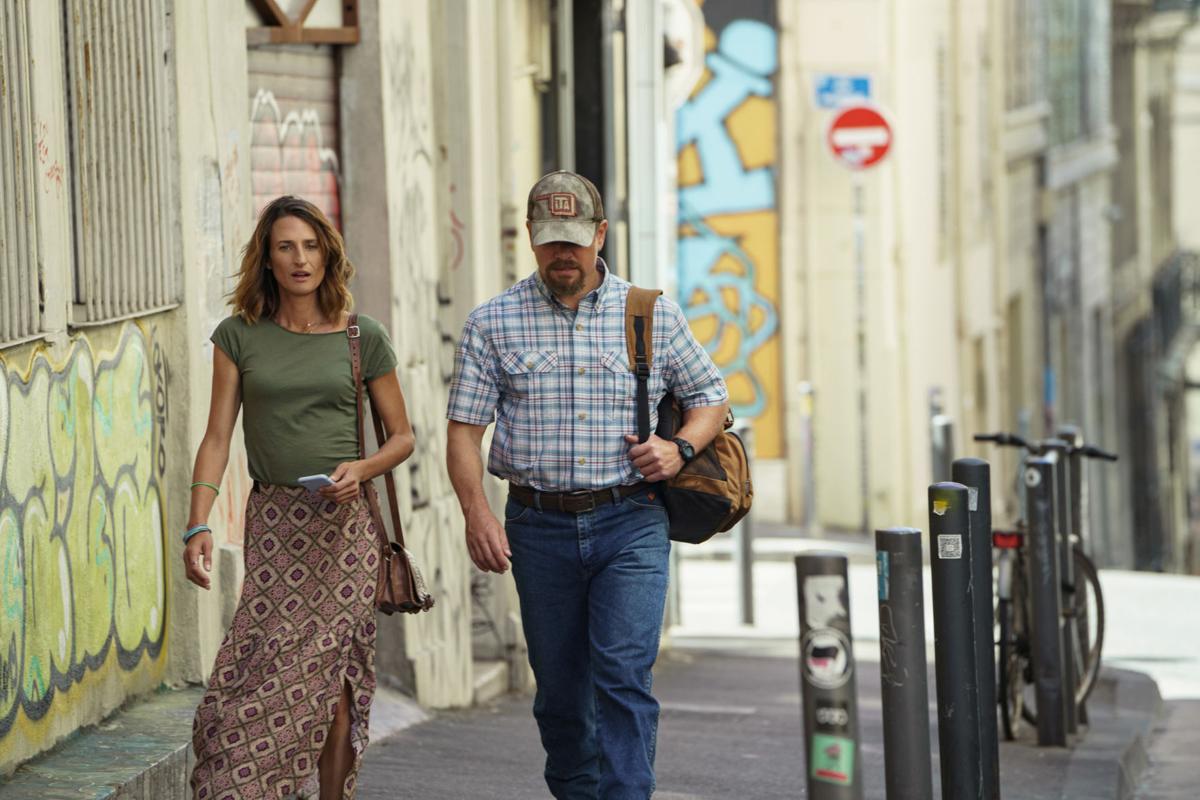 Instead, the movie shows a father who doesn’t have spy-level skills trying to solve a crime that involves his daughter.

He’s Bill Baker, a laborer from Stillwater, Oklahoma, whose daughter is being held in a French prison for allegedly killing her roommate. She insists she’s innocent and, on a trip to see her, tells Dad there’s someone who can clear her name.

When he presents the information to her attorney, she refuses to push it: “There’s a time for hope and a time for acceptance.” Rather than disappoint his daughter (nicely played by Abigail Breslin), he decides to do his own investigation. Using tips from folks he barely knows, Baker begins the hunt, stumbling over French, looking for work and finding a place to stay.

By mere chance, he meets an actor, Virginie (Camille Cottin), who agrees to translate the documents he receives and offers to let him rent a room with her and her daughter, 8-year-old Maya (Lilou Siauvaud).

Quickly, Bill and Maya bond. She teaches him French; he shows her the finer points of construction tools.

They enjoy the kind of relationship Bill never had with his own daughter and hint at how fatherhood might have been.

Directed by Tom McCarthy, “Stillwater” (a title that works on so many levels) moves slowly but stealthily. It edges toward one kind of film, then veers into another. It also serves as a gateway for “Taken” fans looking to expand their reach.

Using his Tommy Lee Jones voice, Damon does plenty with few words and even fewer gestures. He has a great relationship with Siauvaud and a budding one with Cottin that could have made this a relationship drama, not a rescue one. When he asks others to pray, his intention is heartfelt, not calculating. He’s a simple man caught up in a complex situation. When he hurts, it seems real.

In play with Breslin, he’s the typical “I don’t know what I’m supposed to do” kind of dad. But he hides his awkwardness with a desire to do whatever she says.

McCarthy helps the audience feel his awkwardness just by letting conversations around him unfold in French. He catches on. But you can sense this is how it would be if you plucked someone from the Midwest and plopped him down in a foreign country.

Because the film has a mystery to solve, McCarthy puts opportunity in Bill’s path. Bill then has to make a decision and, frankly, live with it. Debate his actions all you will, but don’t fault the motive.

“Stillwater” rewards the viewer for paying attention. But Damon surprises even when viewers don’t. His solid performance should be remembered at awards time. “Stillwater” confirms less is definitely more.

Remake of Danish film puts viewers in a 911 call center as disgraced police officer fields late-night calls from across LA.

Ben Platt strains credulity playing a teenager not so much because he looks too old, but rather that his trying to seem young is so effortful.