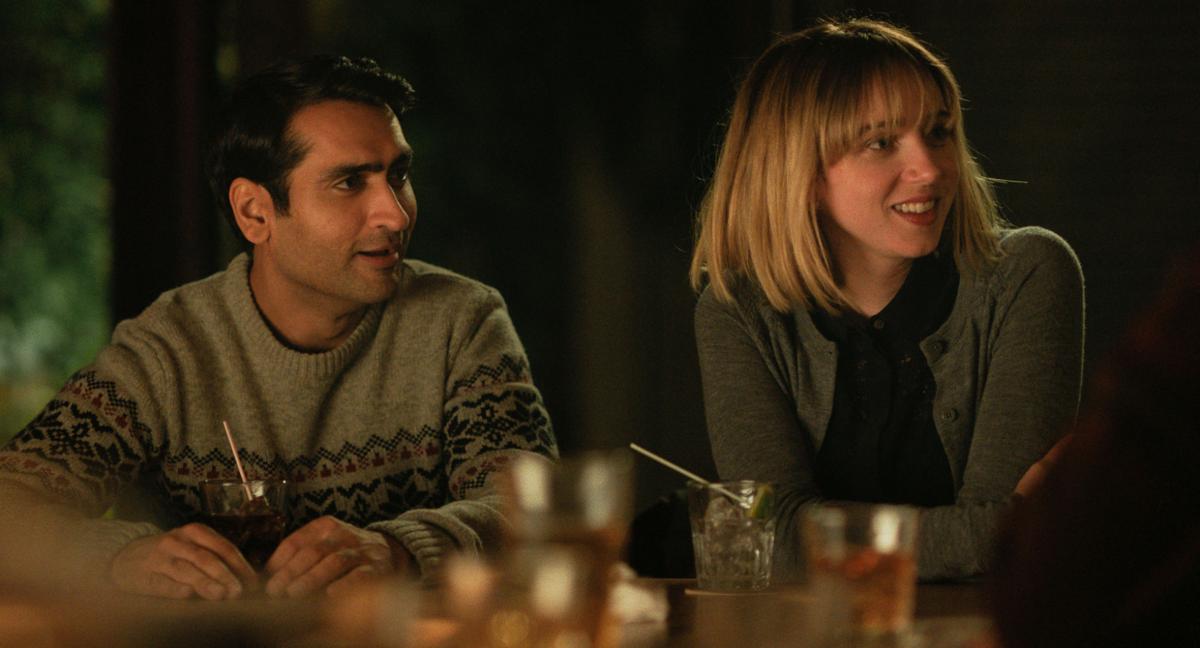 Kumail Nanjiani and Zoe Kazan in "The Big Sick." Lionsgate 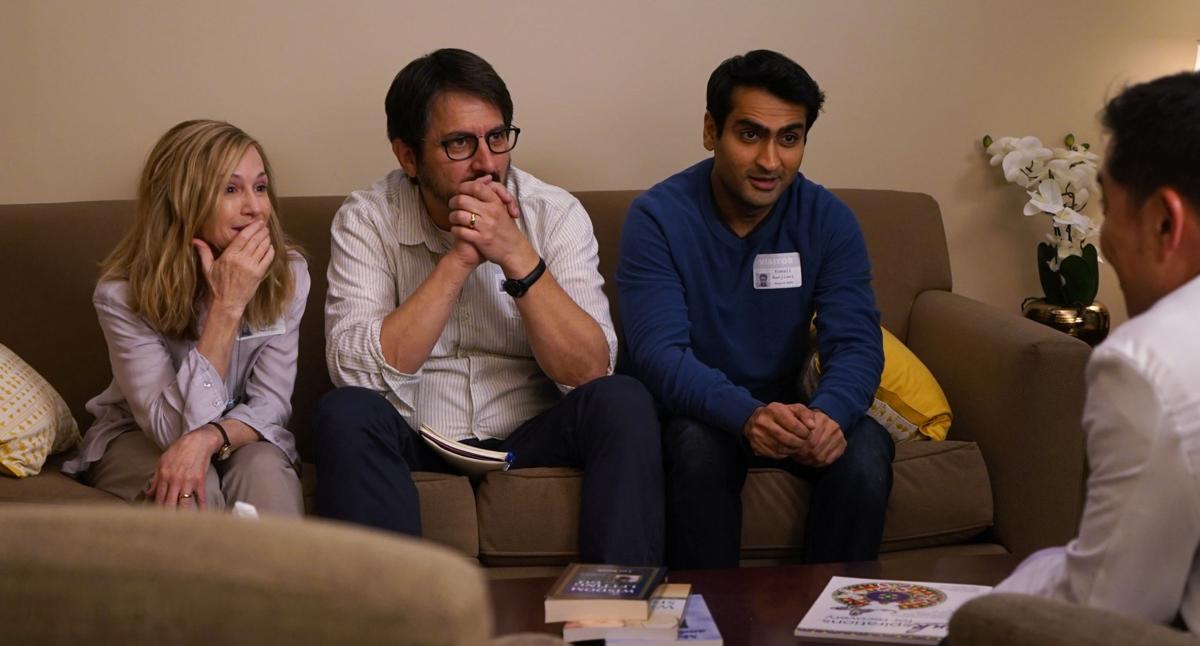 Kumail (Kumail Nanjiani) is a Pakistani-American comic in Chicago who just wants to get enough laughs to have a shot at a career. One night at a comedy club, he encounters Emily (Zoe Kazan), a young woman who clearly finds him interesting — so much so that they wind up spending a lot of time together.

Although neither of them is willing to say it out loud, they’re falling in love. But Kumail has a big reason not to introduce Emily to his family: His mom (Zenobia Shroff) and dad (Anupam Kher) are devout Muslims who expect him to agree to an arranged marriage. In fact, whenever Kumail takes part in a family dinner, another potential bride drops by.

As reluctant as he may be to admit it, Emily is the one for him. But something happens that neither of them could have anticipated: She becomes seriously ill. Kumail finds himself whiling away the hours in a hospital waiting room, in the company of two people he would rather have met under more pleasant circumstances: Emily’s empathetic dad, Terry (Ray Romano), and her hostile mom, Beth (Holly Hunter).

There’s no telling when the wait will end. Emily is in a medically induced coma.

If you’re a fan of Nanjiani — who co-stars in HBO’s “Silicon Valley” — you’ll like “The Big Sick.” A comedy-drama that he co-wrote with wife Emily V. Gordon, it’s a frequently hilarious byproduct of their real-life relationship. But the Sundance Film Festival hit is also more than a bit self-indulgent and way too long.

Perhaps director Michael Showalter (“Hello, My Name Is Doris”) was so respectful of the material that he declined to make judicious snips. As it is, he elicits terrific performances — particularly from Romano, who delivers a funny yet deeply felt portrait of one man’s middle-age angst.

“The Big Sick” has a lot of charm. Just don’t expect the revolution in romantic comedy that its aggressive hype would suggest.

‘Downhill,’ with comedians in dramatic roles, sets family on a slippery slope

'The Assistant' is a subtle, soul-crushing #MeToo drama

Starring Julia Garner in a subtle, painstaking performance full of small details that pack a punch, it's a soul-crushing account of one day in the life of Jane, a recent college grad who's just landed a dream job as an assistant at a film production company.

'The Last Thing He Wanted' is alarmingly unthrilling

Dee Rees has stumbled badly with her adaptation of Joan Didion's novel, creating a messy, disorientating and meandering film. It's the last thing we wanted.

'The Photograph' develops nicely into a fine film

This Valentine's Day, there's certain to be the usual flood of candy and flowers. But at your local movie theater, there's something increasingly rare: a soulful and adult romantic drama in “The Photograph.”

Director Cathy Yan soars with her stylish sophomore feature, which is colorful, campy and cheerfully brutal.

Why wait? 'Sonic the Hedgehog' worth rushing to see

Respectful of the rich history of the brand and yet welcoming to newcomers, "Sonic the Hedgehog" is a feel-good buddy movie for both adults and their own little aliens.

Reed Morano brings a sense of reality and authenticity back to the action-spy genre, which in many ways has gotten too slick

Kumail Nanjiani and Zoe Kazan in "The Big Sick." Lionsgate