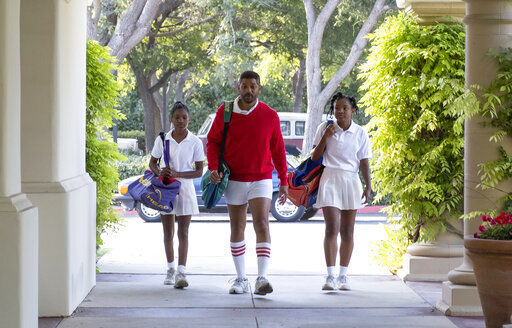 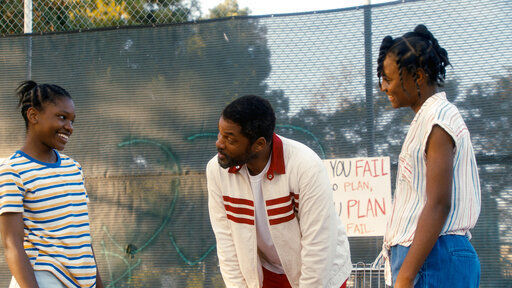 From left: Demi Singleton, Saniyya Sidney and Will Smith in "King Richard"

‘King Richard” is exactly what you think it will be, which isn’t a bad thing.

This is the story of the father of tennis greats Venus Williams and Serena Williams when they were just a few (extremely) talented kids from Compton trying to break into the elite sport with little more than heart and persistence. Will Smith stars and produced. The Williams family was involved. Beyoncé did an original song. It has “Oscar bait” written all over it.

But the difference between this and your run-of-the-mill “bait,” which is too cynical a term to glom onto something that’s so sincere, is that “King Richard” is good. It’s moving and inspiring, even if it’s not exactly inspired. And perhaps most importantly, it doesn’t do too much glossy revisionism on behalf of its complicated and flawed central subject. It just lets the contradictions live; the movie and Smith’s performance are richer for it.

Directed by Reinaldo Marcus Green (“Joe Bell,” “Monsters and Men”) off a script by Zach Baylin in his first credited screenplay, this is the story of Richard Williams (Smith), a father who, along with his wife, Brandy (Aunjanue Ellis), has big plans for his kids. This focus may immediately rub some the wrong way. Why the father and not the tennis superstars? Well, it’s an interesting part of two of the best stories in American sports.

Richard, it seems, had a lot of ideas that didn’t work out — he was a consummate hustler who always had some business idea brewing. The failures hardly seem to matter, though, because one idea did work out, and that was to get his daughters into tennis. The sometimes humiliating relentlessness in spite of so many rejections and obstacles is easier to watch because we know the end result.

The film does a good job balancing the sports with the story of this family. Richard introduced running drills with the girls, Venus (Saniyya Sidney) and Serena (Demi Singleton), on their run-down courts in South Central Los Angeles. But it’s not just sports greatness that Richard is focused on: He wants his girls to be well-rounded humans. Humility and education are just as important. And the girls, for the most part, don’t seem to mind the rigor, since they believe in the goal as well, though tensions boil over eventually.

Smith is as good as he has ever been as this man who has clearly been beaten down, literally and figuratively, but isn’t going to let that get in the way of helping his girls achieve excellence. He lets his movie-star shine dim ever so slightly and disappears into Richard, a guy who we really believe would be so easily dismissed by so many.

Both girls, by the way, are terrific, although Sidney as Venus gets more time to shine just by nature of the story. She is the one who gets fancy coaches, first one in Los Angeles played by Tony Goldwyn and then Rick Macci (Jon Bernthal), who will take her to the pros. The sisters have a sweet relationship and clearly adore their father, even when they get frustrated by his self-promotional antics and his occasionally mystifying efforts to protect them.

The main problem with the film’s long run time is that by the first hour, you may be crawling out of your skin wanting to get up and do something ... anything. And you don’t get that kind of motivation from just any sports biopic.

There are, hopefully, still many stories left to be told about the phenom of the Williams sisters. But “King Richard” is a very good start.

In theaters and available Nov. 19 on HBO Max.

'The Power of the Dog' is a sublime gothic Western

Jane Campion's masterful vision of the West pulsates with friction, but it's not the kind of Western you might expect.

The sunny, shaggy 'Licorice Pizza' soaks up the 1970s

When “House of Gucci” isn’t muddling through confounding paperwork, it’s a deeply felt tale about a heady romance and a treacherous betrayal.

In ‘The Humans,’ a family’s bonds are sorely tested

In a major switcheroo from his Oscar-winning previous film, Joaquin Phoenix leans into the sweetly befuddled side that characterized his early work.

Tom Hanks plays a robotics engineer and is one of the few folks still alive in St. Louis after a solar event all but wiped out civilization. 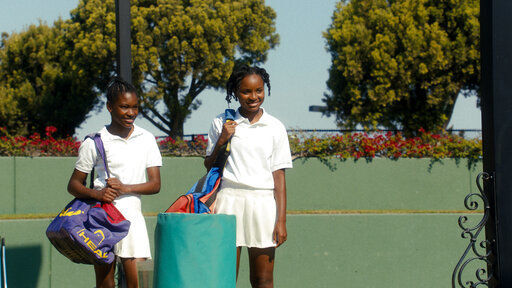 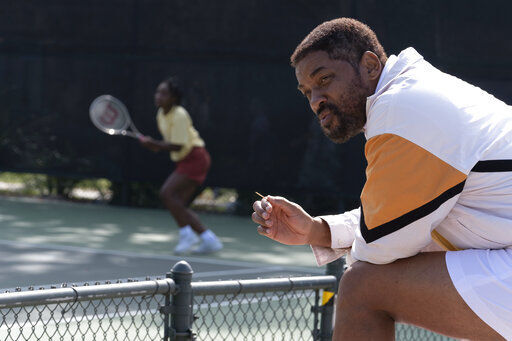 Will Smith in "King Richard"

From left: Demi Singleton, Saniyya Sidney and Will Smith in "King Richard"