Tammy Faye Bakker wore a lot of makeup. It was armor — a way for a person who didn’t consider herself beautiful to simply exist in the world. So it’s a particularly cruel irony that the mascara was also the thing that made her a target and a joke long before she and her ex-husband were brought down by brazen theft and misuse of ministry funds.

Women have never been afforded the luxury of simply existing in the world, especially when they dare to live in public as Tammy Faye did. Who cares what she says — it’s what she looks like that counts, right? And Tammy Faye was a particularly easy target, for her childish voice, the “bad” makeup and garish clothes, and maybe most of all for the fact that she seemed to like the way she looked.

It makes sense, in this moment when we are reevaluating some of the women we so carelessly ridiculed for their appearance and supporting roles in the scandals of men, that Tammy Faye would get another look as well. In the aptly titled “The Eyes of Tammy Faye,” the camera, and star and producer Jessica Chastain, dare us to consider what’s underneath.

The makeup is never explained or outwardly mocked by the filmmakers, but it is a focal point from the first frame as an unseen woman tries to wipe Tammy’s face clean and start fresh only to realize that most of it is permanent. In Chastain’s portrayal of Tammy Faye from her college years through her early 60s, the layers just gradually pile on. When she first meets Jim Bakker (played with admirable restraint and just enough smarm by Andrew Garfield), she is downright fresh faced.

In this conventional soup-to-nuts biopic that’s based on a documentary, director Michael Showalter and screenwriter Abe Sylvia go out of their way to make Tammy Faye sympathetic. They flash back to her childhood in International Falls, Minnesota, where her mother (Cherry Jones) forbids her from going to church with the family (as the child of divorce she’s not welcome). But she busts in anyway and after a sip of the sacramental wine is writhing on the floor, speaking in tongues and being declared a miracle.

This begins her path, but her purpose doesn’t become clear until she spots Jim in college, and they bond over the idea that poverty is not the kind of piety they aspire to. Soon, they’re wed and angling for their own spot in the newish arena of televangelism.

Tammy Faye is presented as a relentlessly earnest and childlike charmer with a heart of gold, which Chastain sells without being too cartoonish — in and of itself an impressive feat from one of our most naturalistic actors. It’s a tightrope act straddling camp and Lifetime television, especially when she starts living on Ativan and Diet Coke.

And it does help to reframe the woman behind the mascara: She’s given overdue credit for being the mastermind behind their unique brand of televangelism and for speaking out about the things she believes in. Multiple scenes are devoted to showing her empathy for the LGBTQ community.

And yet there seems to be no curiosity about the money that kept them in gold and furs. Tammy Faye and Jim just keep acquiring more and more and asking their viewers for more and more. Was she complicit? Naive? A convenient combination of both? The film glosses over it, letting her believe that their fortune is just a gift from God, as though an audience couldn’t handle a narrative where she can be both good and greedy. Efforts to comment on the world that their contemporaries like Jerry Falwell Sr. (Vincent D’Onofrio) were building around them also come across as trite.

It’s a strange feeling to have spent over two hours with this Tammy Faye, come out on her side and still feel conflicted about it for all that the film doesn’t say or question. This is part of the problem with some of these reconsiderations — they overcorrect at the expense of a more clear-eyed truth.

But although “Tammy Faye” may be imperfect, it does succeed in at least one significant way: We’re not just looking at her makeup anymore.

Rihanna says her new album is going to be totally different

Rihanna says her new album is going to be totally different

Remake of Danish film puts viewers in a 911 call center as disgraced police officer fields late-night calls from across LA.

Ben Platt strains credulity playing a teenager not so much because he looks too old, but rather that his trying to seem young is so effortful.

Jessica Chastain in "The Eyes of Tammy Faye" 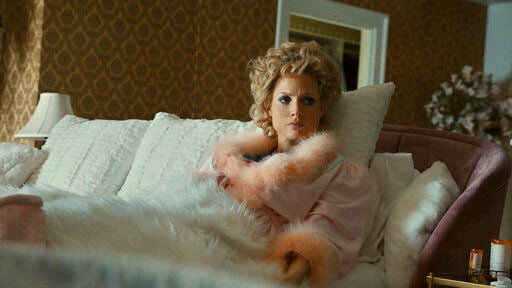 Jessica Chastain in "The Eyes of Tammy Faye" 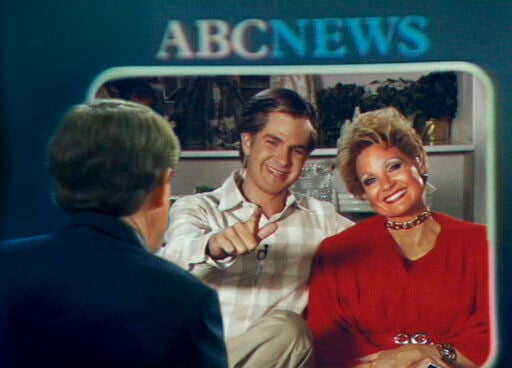 Andrew Garfield and Jessica Chastain in "The Eyes of Tammy Faye" 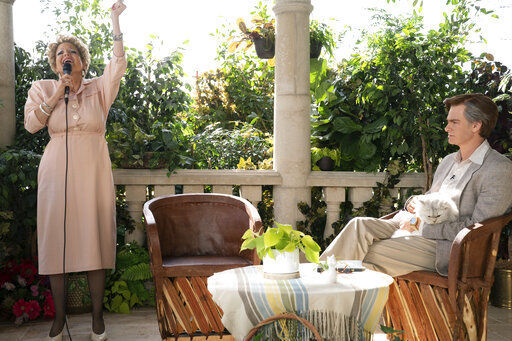 Jessica Chastain and Andrew Garfield in "The Eyes of Tammy Faye"