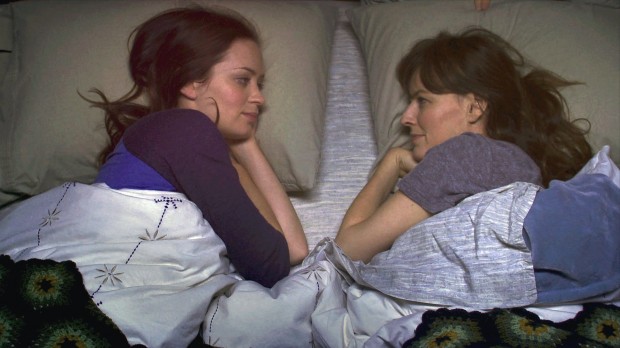 Emily Blunt as Iris and Rosemarie DeWitt as Hannah in Lynn Shelton's YOUR SISTER'S SISTER. Photo by Benjamin Kasulke. An IFC Films release. 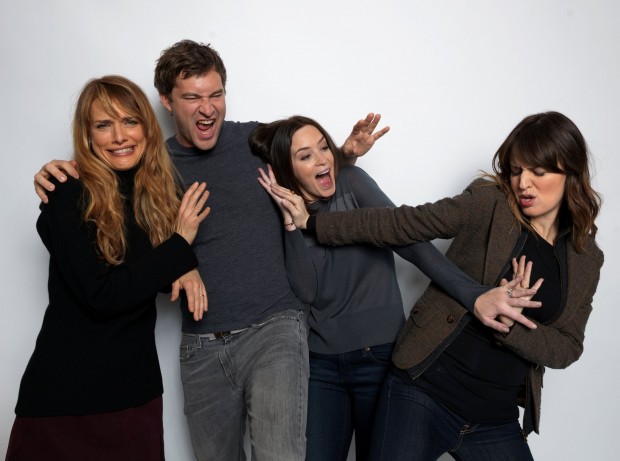 From left, Lynn Shelton, Mark Duplass, Emily Blunt and Rosmarie DeWitt, from the film "Your Sister's Sister," pose during the 2012 Sundance Film Festival. AP Photo/Victoria Will

Jack (Mark Duplass) is the kind of guy who speaks his mind, even when that might be inappropriate. But he gets away with it because he's charming and reasonably good looking, and seems to have a sense of just how far he can push before things get really unpleasant.

His best friend, Iris (Emily Blunt), worries that Jack is getting out of control and needs some time to reflect on his life. So she offers to let him stay in a cabin in the woods that her family owns. More out of fatigue than enthusiasm, Jack goes along with the idea.

Meanwhile, Iris's half-sister Hannah (Rosemarie DeWitt) is coming off a breakup, and wondering how she'll ever be able to fulfill a longstanding dream. The answer could be Jack, who finds that he's attracted to Hannah. The fact that he's also attracted to Iris just may pose a few problems.

"Your Sister's Sister" is something different: a romantic comedy that's fresh, thoughtful and hugely entertaining. Written and directed by Lynn Shelton ("Humpday"), the film reflects her improvisational approach to storytelling, which lends it an ambiance of unpredictability and frees the actors to explore the truth of their characters. Moviegoers may be reminded of the exhilaratingly lifelike comedy-dramas of British director Mike Leigh ("Another Year").

Although "Your Sister’s Sister" is very much an ensemble piece, the focus is clearly on Duplass, who until recently has been better known for co-directing (with his brother Jay) films such as "Jeff, Who Lives at Home" than as an actor. As the clever but occasionally cranky Jack, he wins us over from the first scene. And Blunt ("The Devil Wears Prada") and DeWitt ("Rachel Getting Married") are wholly believable as conflicted siblings.

Three and a half stars out of four Rating R Run time 1:30 Content Language and some sexual content

Emily Blunt as Iris and Rosemarie DeWitt as Hannah in Lynn Shelton's YOUR SISTER'S SISTER. Photo by Benjamin Kasulke. An IFC Films release.

From left, Lynn Shelton, Mark Duplass, Emily Blunt and Rosmarie DeWitt, from the film "Your Sister's Sister," pose during the 2012 Sundance Film Festival. AP Photo/Victoria Will