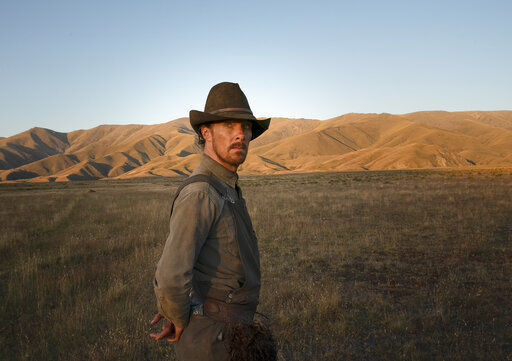 Benedict Cumberbatch in "The Power of the Dog"

Lady Gaga in "House of Gucci" 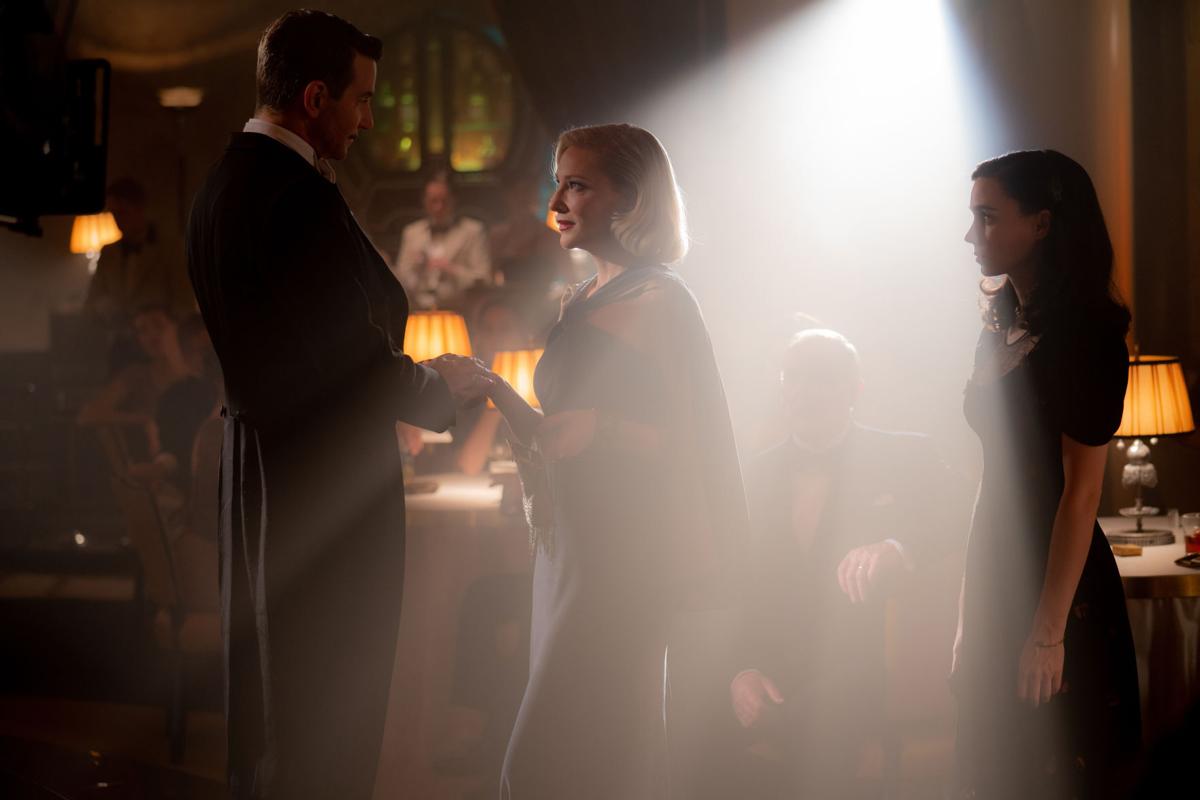 If, like many, you've wondered why there are no good films in theaters, here's the answer: Studios have been saving them for the holiday period between Thanksgiving and New Year's Eve.

More than likely, the year's biggest Oscar winners will come from this period, particularly since studios are launching big "for your consideration" events before their films' names are even known.

What's coming in the next few months? We've got the list — what a look at which ones are likely to please the Academy. Release dates are subject to change.

"Belfast" • Director Kenneth Branagh tells a version of his family’s story in the 1960s, growing up with fighting in the streets and an unsettled future. (Nov. 12)

"King Richard" • Will Smith goes back for the cred factor he lost in recent years. Here, he plays the father of tennis legends Venus and Serena Williams. (Nov. 19)

"Ghostbusters: Afterlife" • How do you reboot a classic film? By bringing in another generation (“Stranger Things,” perhaps?) and discovering their connection to the original Ghostbusters. (Nov. 19)

"Resident Evil: Welcome to Raccoon City" • A pharma giant has ruined a town, but it also has spawned an evil that lies blow. (Nov. 24)

"Encanto" • If “X-Men” lived in Colombia and all came from the same family, it might look like this. The Madrigal family has special powers. Daughter Mirabel, however, doesn’t but must muster her own strength to help the others. (Nov. 24)

"House of Gucci" • Fashion was only the start of it. That wild Gucci family had more intrigue than the Corleones. With Robert De Niro, Adam Driver and Lady Gaga in tow, this could be the one that makes Ridley Scott a big Oscar winner. (Nov. 24)

Oscar potential • All around.

"The Unforgivable" • Sandra Bullock plays a woman looking for redemption while also seeking her sister. (Nov. 24)

"Bruised" • Halle Berry directs herself as a single mom who may lose her son if she doesn’t have a way to give him a better life. She gets in the MMA ring and battles on. Think: Female “Rocky.” (Limited release Nov. 17; Nov. 24 on Netflix)

The sunny, shaggy 'Licorice Pizza' soaks up the 1970s

Oscar potential • Slim to none.

"An Intrusion" • A stalker makes life hell for a family. But there could be a method to the madness. (Nov. 26)

"The Power of the Dog" • Benedict Cumberbatch stakes his claim to the Daniel Day Lewis crown as a pushy rancher whose life is changed when his brother brings home a new wife. (Dec. 1, Netflix)

Oscar potential • Best picture, actor, supporting actor … this could run the board.

"Diary of a Wimpy Kid" • An animated version of the popular kids book series. (Dec. 3, Disney+)

"Silent Night" • Christmas dinner in the country. Lily-Rose Depp is here, as well as in another Christmas film. (Dec. 3, theaters and AMC+)

"The Hand of God" • Directed by Paolo Sorrentino, this is another one of those “story of my life” films that includes great joy and tragedy. (Dec. 3, Netflix)

"Benedetta" • Paul Verhoeven courts controversy with this drama about an Italian nun who had an affair with another nun. (Dec. 3)

"Encounter" • Riz Ahmed is back for another shot at best actor. Here, he’s a veteran who tries to protect his children from an alien encounter. (Limited release Dec. 3; Dec. 10 on Amazon Prime Video)

"Deadlock" • Bruce Willis leads a band of mercenaries on a mission against the government. They take refuge in an energy plant and hold people hostage. (Dec. 3)

"Wolf" • Lily-Rose Depp gets another shot at the holidays with this look at a man who thinks he’s a wolf trapped in a human’s body. (Dec. 3)

"Shaun the Sheep: The Flight Before Christmas" • Aardman’s favorite stop-motion character gets another shot at laughs in this story of a missing Timmy. (Dec. 3, Netflix)

"Being the Ricardos" • Aaron Sorkin got a shot at rewriting “To Kill a Mockingbird.” Now he’s taking on “I Love Lucy.” In this behind-the-scenes drama, he looks at the turmoil faced by Lucille Ball and Desi Arnaz. (Limited release Dec. 10; Dec. 21 on Amazon Prime Video)

"West Side Story" • Steven Spielberg decided to remake a classic with an updated script and a cast of age-appropriate actors. (Dec. 10)

Oscar potential • Could be big.

"Don't Look Up" • A comet could destroy Earth. But who is going to sound the alarm? Two astronomers try to get the attention of officials. Meryl Streep plays the president. Adam McKay directs. Leonardo DiCaprio, Jennifer Lawrence and Timothée Chalamet also star. (Limited release Dec. 10; Dec. 24 on Netflix)

Oscar potential • Through the roof.

Oscar potential • Slim to none.

"Off the Rails" • Kelly Preston made her final screen appearance in this comedy about friends celebrating the life of their deceased bestie. (Dec. 10)

"Spider-Man: No Way Home" • Who IS in this film? The rumors have swirled for more than a year, and it could — or could not — be a meeting of the Spider-Men. Tom Holland is here, but it could be his last role in the Spidey-tights. (Dec. 17)

"The Tender Bar" • A boy finds friendship — and direction — in a bar. Ben Affleck plays the good-time guy who looms as his potential mentor. (Limited release Dec. 17; Jan. 7 on Amazon Prime Video)

"Swan Song" • Mahershala Ali plays a man diagnosed with a terminal disease who is given an out that would protect his family from grief. Glenn Close plays the doctor. (Dec. 17, Apple TV+)

Oscar potential • Could be.

"The Lost Daughter" • A vacation turns creepy when a woman focuses on another guest — and her connection to the past. (Limited release Dec. 17; Dec. 31 on Netflix)

"The Matrix Resurrections" • Neo and Trinity are back for more back-bending work. (Dec. 22, in theaters and on HBO Max)

"Parallel Mothers" • Pedro Almodavar directs his muse, Penelope Cruz, in this story about a pair of moms and their approach to the change in their lives. (Dec. 24)

"A Journal for Jordan" • Michael B. Jordan plays a soldier who writes to his son, just before he dies, to provide rules for a better life. (Dec. 25)

"The Tragedy of Macbeth" • Joel Coen (without Ethan) offers his take on the story of Macbeth. Here, he has Denzel Washington, Frances McDormand and Corey Hawkins in play. (Dec. 25)

"Cyrano" • Peter Dinklage gets his shot at playing the man who’s good at advising others about love but not so good at handling his own affairs. (Dec. 31)

Reining in Your Road Safety Risks: A Safety Knights Roundtable

What's On Your Plate? A Kids Learn Class

'The Power of the Dog' is a sublime gothic Western

Jane Campion's masterful vision of the West pulsates with friction, but it's not the kind of Western you might expect.

In ‘The Humans,’ a family’s bonds are sorely tested

Benedict Cumberbatch in "The Power of the Dog"

Lady Gaga in "House of Gucci" 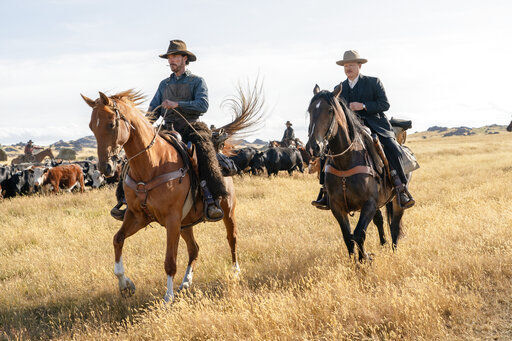 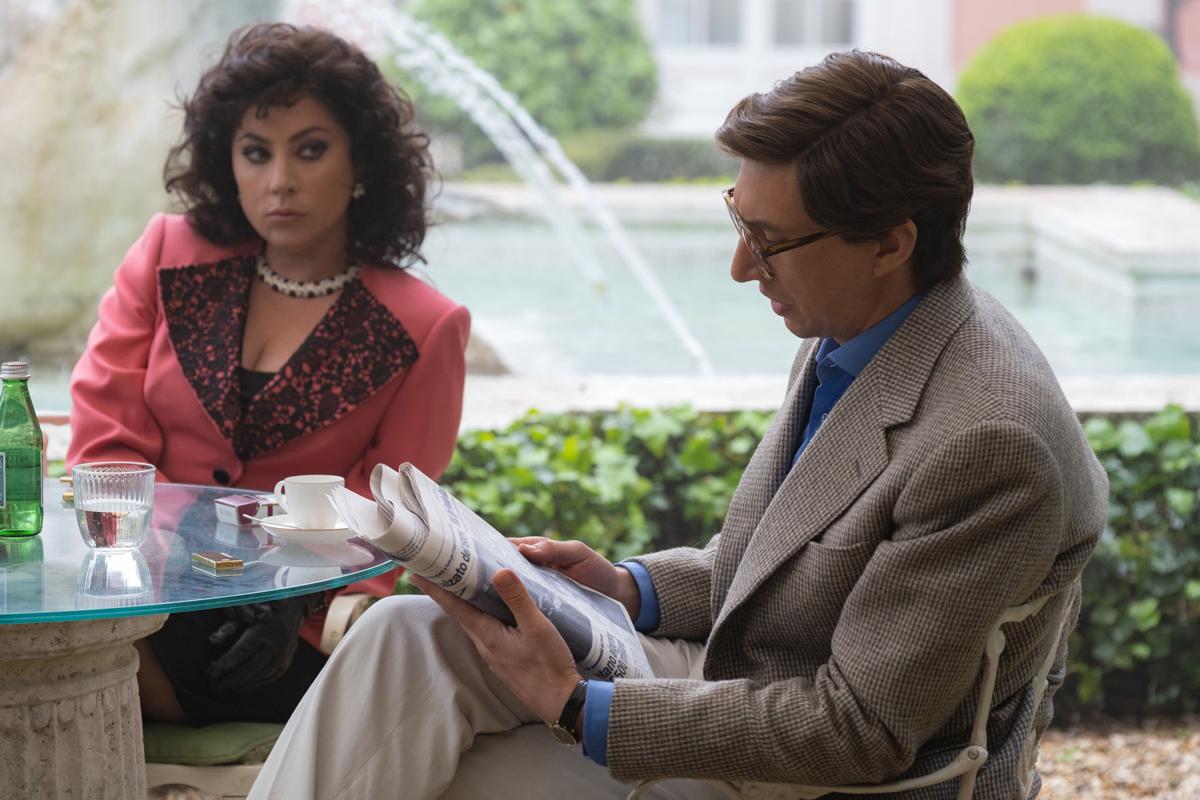 Lady Gaga and Adam Driver in "House of Gucci" 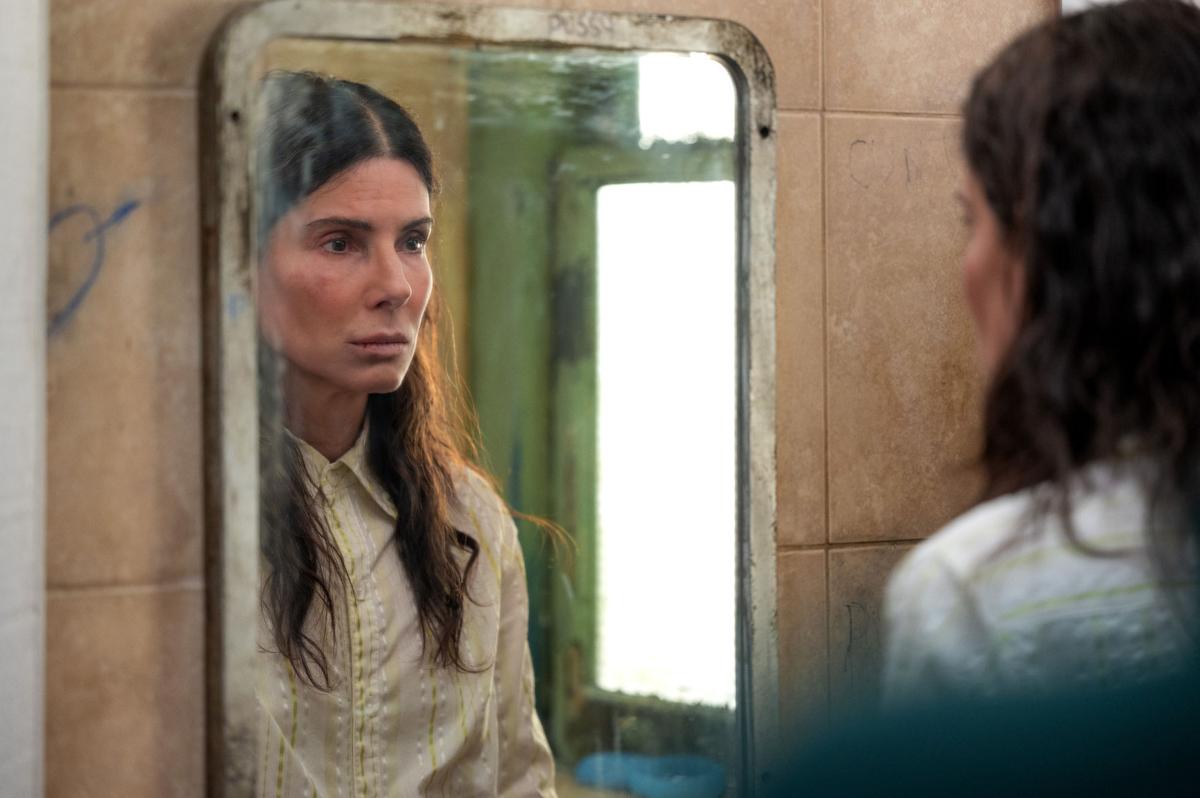 Sandra Bullock in "The Unforgivable" 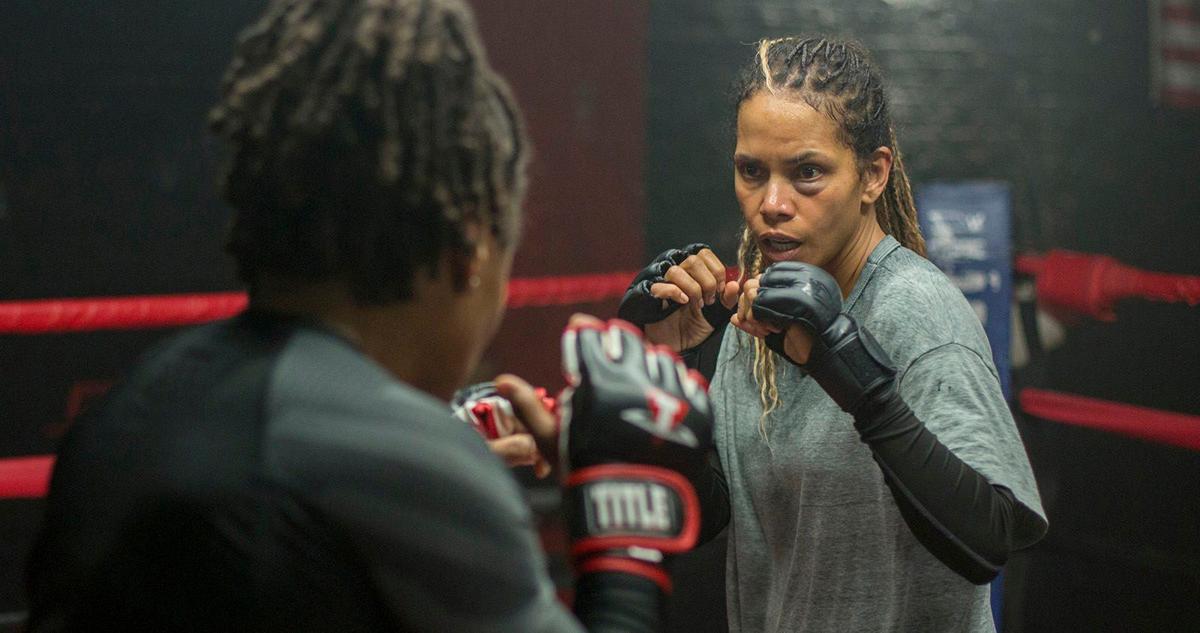 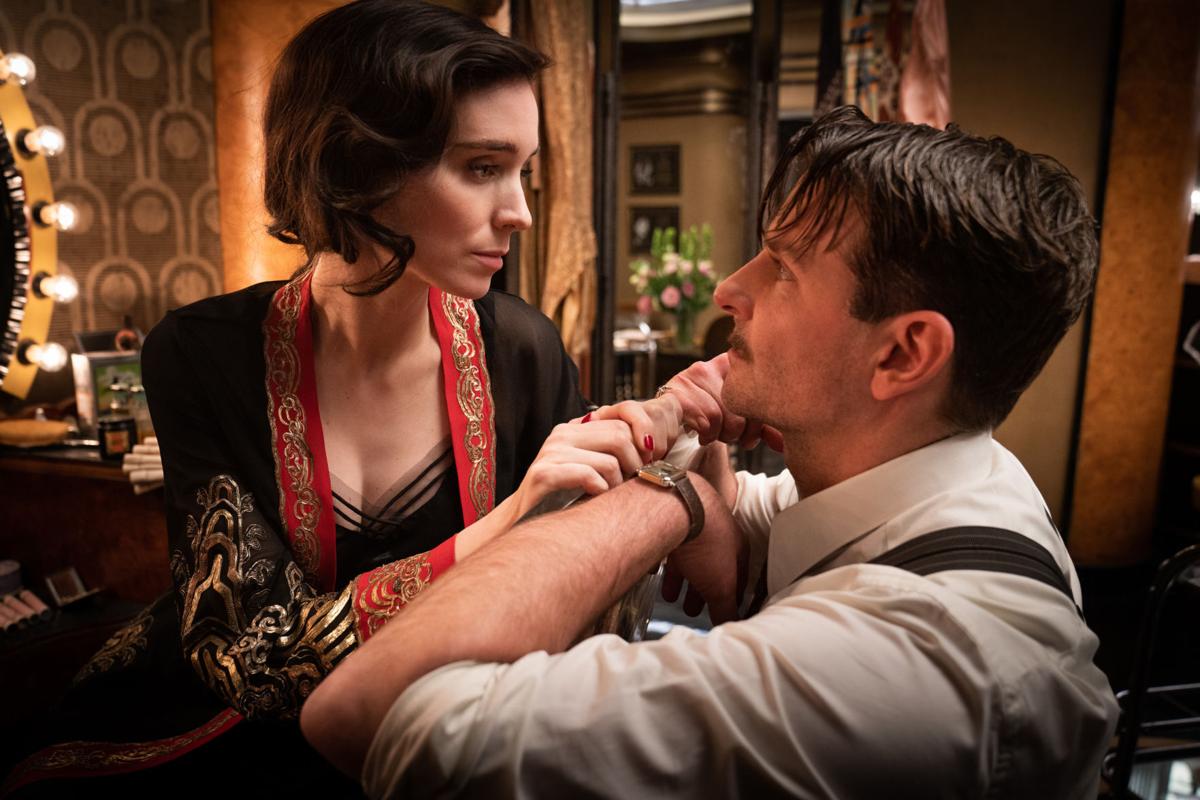 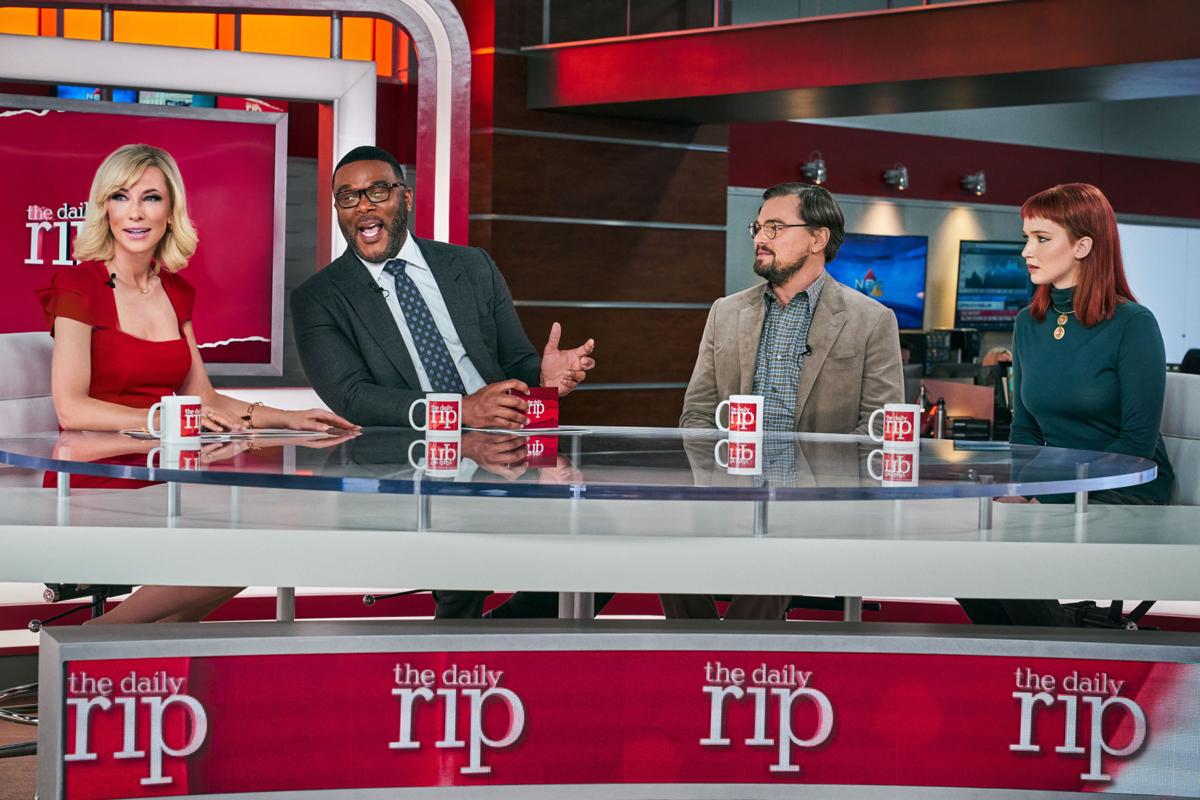 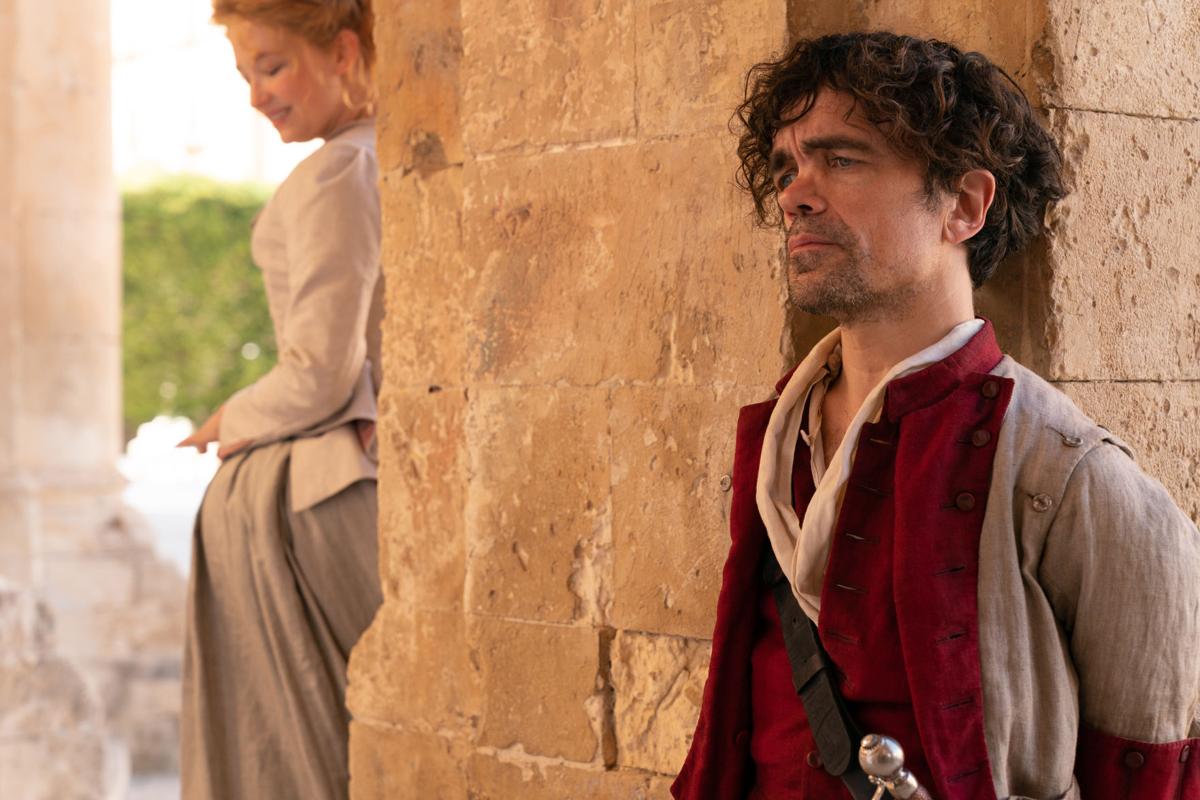 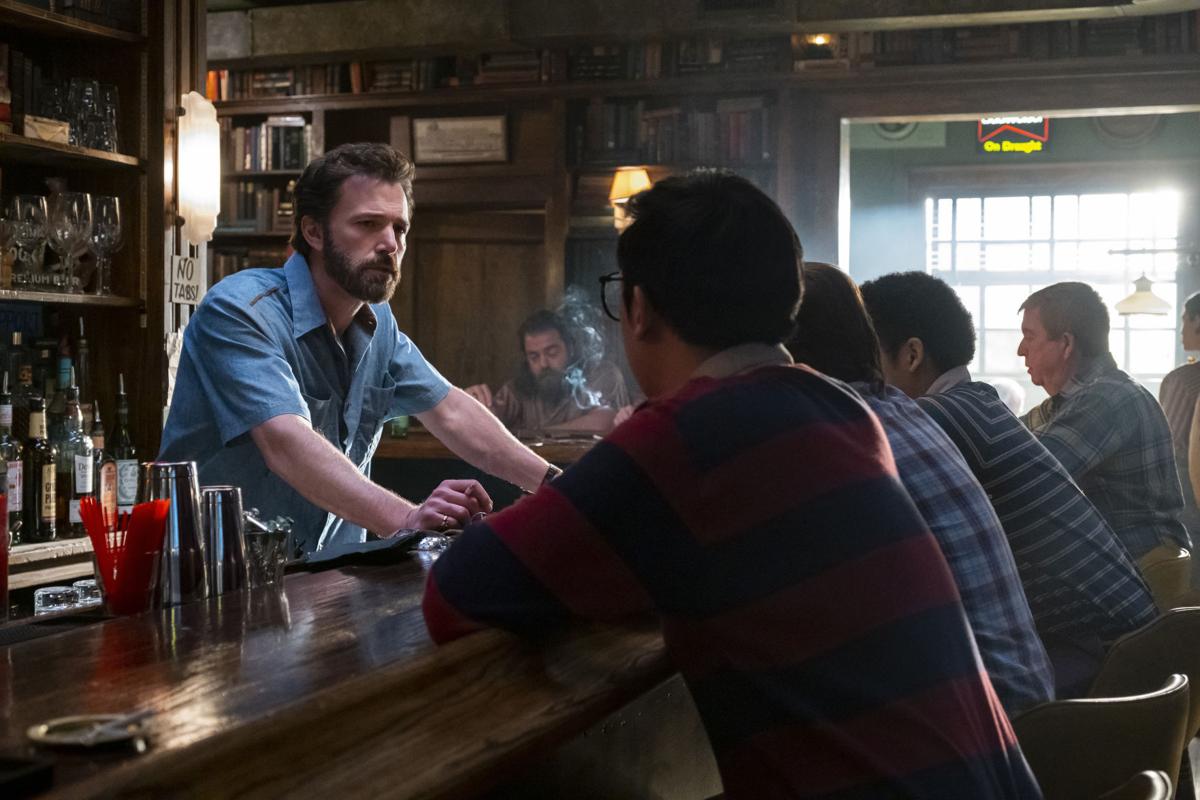 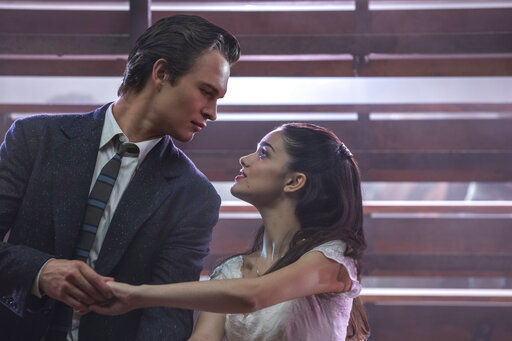 Ansel Elgort and Rachel Zegler in "West Side Story"