What to stream: Documentarian Alex Gibney helps make sense of the world
0 comments
Share this
Subscribe for $1 a month
1 of 3 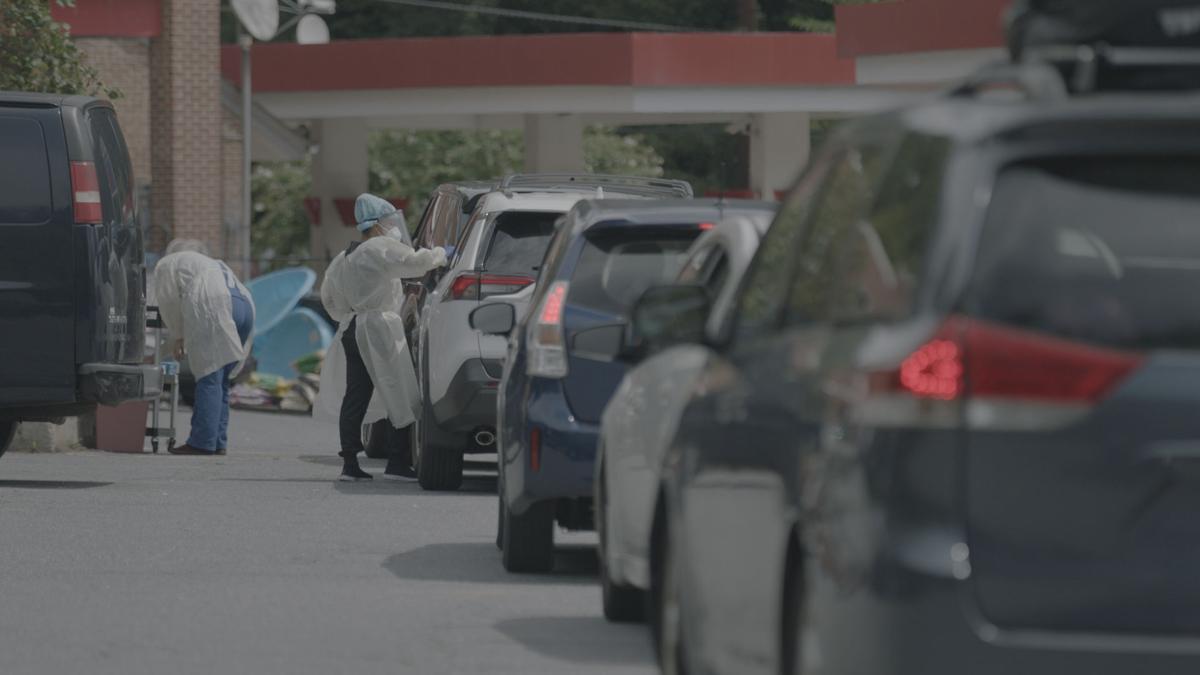 A scene from the documentary "Totally Under Control" 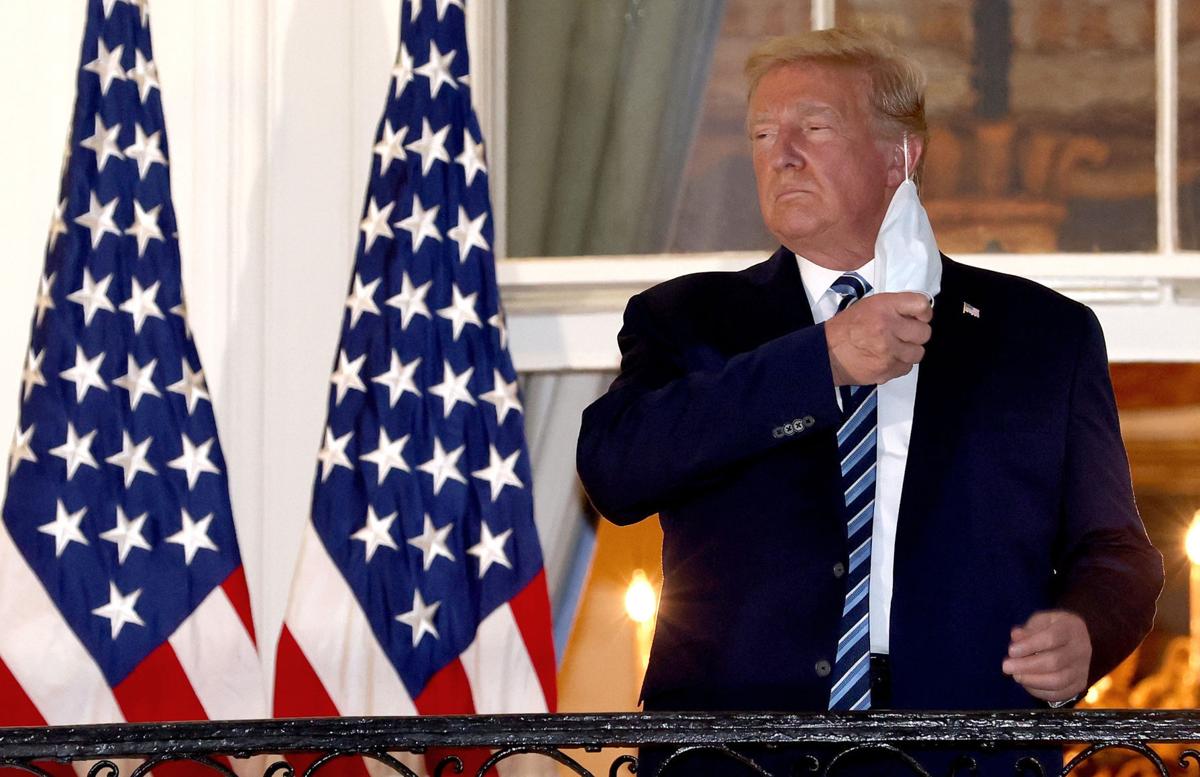 The award-winning documentarian Alex Gibney is known for being prolific. He has 30-plus feature documentaries, plus many episodes of both fiction and nonfiction television under his belt, as well as several films he’s produced. So it comes as no surprise that during the past seven months, Gibney (and team) shot, produced, edited and delivered an entire film about the COVID-19 pandemic in the United States, “Totally Under Control.” The film was released in select drive-ins last weekend; it’s now available on demand and will hit Hulu on Oct. 20.

“Totally Under Control” is a damning indictment of the Trump administration’s response to COVID-19 in the United States, laying out exactly how the U.S. bungled testing and case identification in the early days. As the virus spread, undetected, throughout February, labs hampered with faulty tests, President Trump denied its seriousness publicly (but not privately, as we know, thanks to journalist Bob Woodward). The film details how the Centers for Disease Control and Prevention was hamstrung by Trump loyalists and how Jared Kushner, tasked with procuring personal protective equipment for desperate health care professionals, enlisted a force of unprepared 20-year-old volunteers and gave them little guidance. These are only a few maddening details of many.

While it may seem like too much to handle right now, “Totally Under Control” is required viewing for understanding how and why things went wrong here — and what we can do to get back to business (masks help). Gibney is a master at calmly slicing through the bureaucratic nonsense to expose the corruption of those in power.

He did this in his 2005 doc “Enron: The Smartest Guys in the Room” (free on Popcornflix, or a $2.99 digital rental), a clear-eyed and frankly shocking autopsy of the fraudulent dealings of the financial and energy firm Enron in the 1990s. He followed that with his Oscar-winning 2007 film “Taxi to the Dark Side” (free on Tubi or a $1.99-$2.99 digital rental), exposing torture and war crimes in Iraq and Afghanistan through the case of one Afghani man’s murder. Between that film and 2010, he pumped out five docs, including the blockbuster 2010 film “Client 9: The Rise and Fall of Eliot Spitzer” (free on Tubi or $2.99 rental elsewhere), detailing the sordid sex-work scandal that took down the New York governor and dogged Wall Street prosecutor.

Exposing and dismantling power structures built on lies and theft has become Gibney’s thing. Take, for example, his blockbuster 2015 doc “Going Clear: Scientology and the Prison of Belief,” based on Lawrence Wright’s book, which explores the secretive cult’s finances and intimidation tactics that angered Scientology so much that the group launched a propaganda campaign against the film. He also thoroughly investigated the shady dealings of the too-good-to-be-true tech company Theranos and its enigmatic founder Elizabeth Holmes in “The Inventor: Out for Blood in Silicon Valley” (2019). Both excellent entries in the Gibney oeuvre are available on HBO Max.

With a talking-head-style approach and ever-present narration guiding the viewer through massive amounts of evidence and material, Gibney’s films present a kind of truth that audiences can believe in. His 2013 film “The Armstrong Lie,” about disgraced cyclist Lance Armstrong ($2.99-$3.99 digital rental) becomes a fascinating and self-reflective exploration of truth, as he grapples with Armstrong’s doping denials and being lied to by his main subject for over a year.

So after (or before) watching “Totally Under Control,” take a spin through the deep catalog of Alex Gibney, for more sordid tales of power and corruption, and take comfort in the fact that Gibney’s on the beat of COVID-19, helping to make sense of all this.

The Emerson Children’s Zoo at the St. Louis Zoo closes for good at the end of the day on Oct. 31, 2020. Many of its attractions have been limited or unavailable because of the pandemic. Reporter Valerie Schremp Hahn takes a final walk though the children’s zoo, which first opened in 1969. A …

The documentary focuses on Bruce Franks Jr., the former politician as well as activist, battle rapper and father.

What to stream: High-profile films out this week

A wealth of high-profile films arrive on various streaming platforms this week, proving that a starry fall movie season is possible during the…

Borat is back with 'Subsequent Moviefilm,' and this time he fits right in

When Sacha Baron Cohen last traipsed across the country as Borat, his comedy revealed a more disturbing, hidden America. Fourteen years later, those prejudices aren't so hard to find. Borat fits right in.

Oscar-winning actor Jeff Bridges says he is being treated for lymphoma. Bridges' Hollywood career stretches over six decades and has starred in over 70 films including "True Grit" and "The Big Lebowski."

"Bad Hair" is winking social commentary as high-concept horror comedy, holding both a mirror to society and offering an escape valve.

'Rebecca' is a series of flat tires, on the road to Manderley

Last night I dreamt I went to Manderley again, and all you got was this lousy Netflix remake. The pretty, empty, emotionally frictionless and …

The skies in “Synchronic” are never quite the right color. Bearing down on New Orleans in shades of sickly gray green and sometimes pinkish, t…

The Way I See It - Dawn Porter

A scene from the documentary "Totally Under Control"