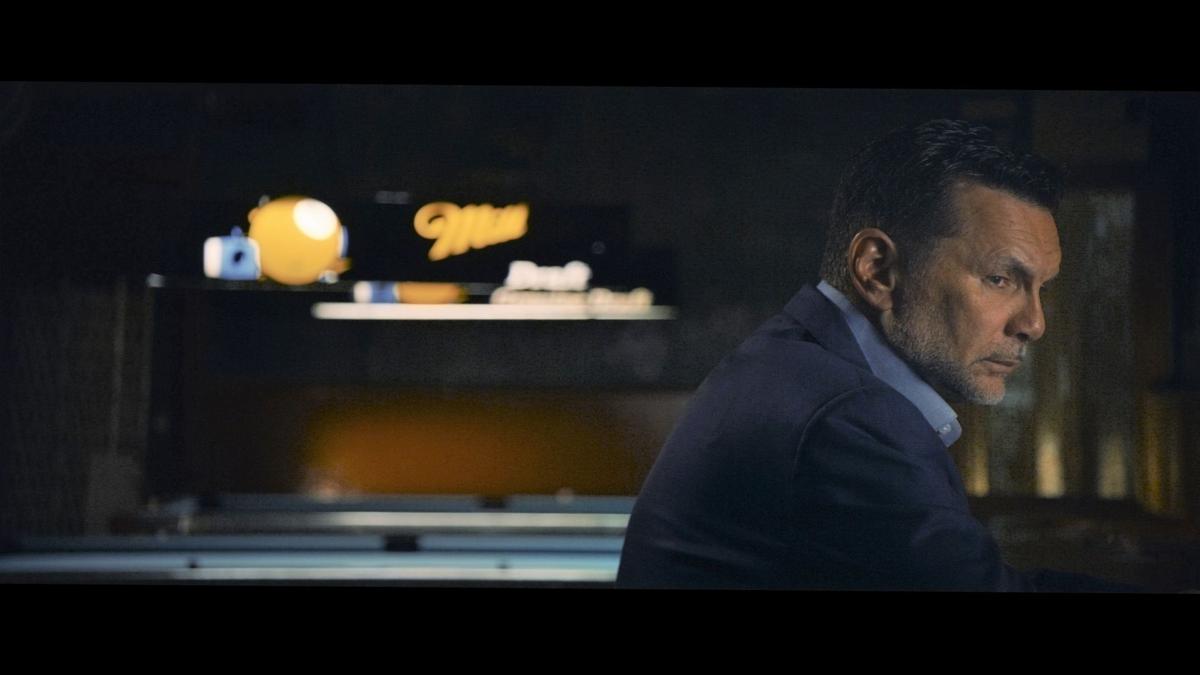 Michael Franzese in "Fear City: New York vs. the Mafia" 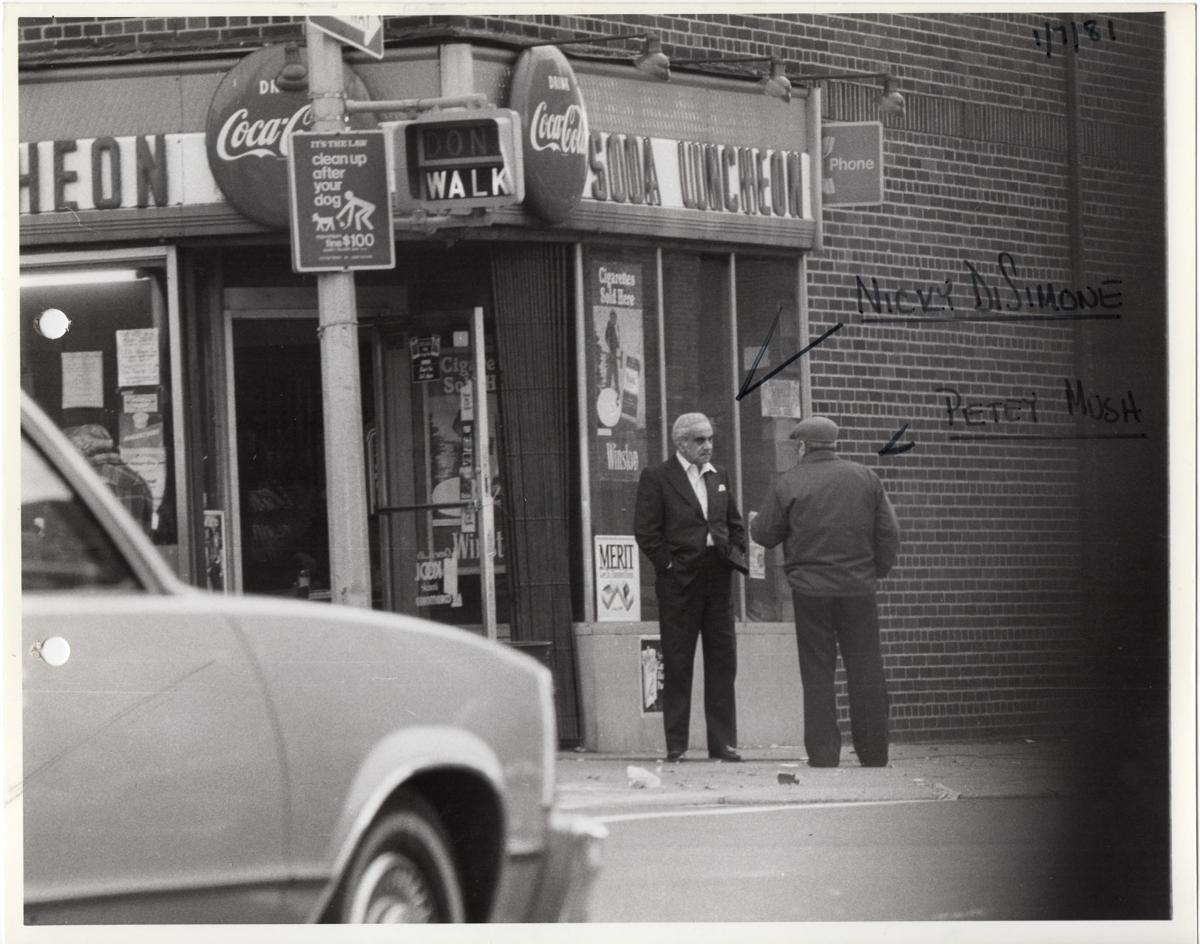 An FBI surveillance image in "Fear City: New York vs. the Mafia"

If you happen to be a fan of “The Godfather,” “The Sopranos,” “Boardwalk Empire” or any other Mafia-related content, Netflix has you covered with a new docu-series. The three-part “Fear City: New York City vs. the Mafia” is directed by Sam Hobkinson and follows the FBI’s journey to take down the Mafia Commission in New York City, including the godfathers of the Five Families who ran New York during the majority of the 20th century.

The series features never-before-seen surveillance footage and recordings from the FBI investigation, as well as interviews with mobsters who were on the ground at the time, including Michael Franzese and John Alite. The first episode, “Mob Rule,” paints an incredibly vivid picture of what New York was like at the time, as well as the flashy disco-era lifestyle of the gangsters, funded by gas schemes and bloodied by murders in the streets.

The second and third episodes, “The Godfather Tapes” and “Judgment Day,” dig into the details of how the FBI finally used RICO (the Racketeer Influenced and Corrupt Organizations Act) to take down the organizations for racketeering, through years of careful surveillance, wiretapping and informants. Rudy Giuliani, the attorney for the Southern District of New York and the face of the prosecution during this high-profile case, gives a long, rollicking interview.

It’s a fascinating series, especially from an investigative angle, and if it puts you in the mood to dig into more Mafia and gangster epics, there’s of course plenty of TV and movies to check out, even beyond the usual suspects.

First: my quarterly reminder to watch David Simon’s undersung epic “The Wire,” on HBO, as the wiretapping and surveillance element is incredibly similar, even if it takes place among African American Baltimore drug gangs. If you haven’t seen this incredible American portrait, and even if you have, do yourself the favor.

Watching “Fear City,” there are many familiar names to make connections to characters in other films and TV shows. One of the major characters of the docu-series is “Fat Tony” Salerno, the godfather of the Genovese crime family. He appears briefly in “The Irishman” (on Netflix), played by Domenick Lombardozzi, and he’s also been portrayed by Paul Sorvino in the 2011 film “Kill the Irishman” (on Amazon Prime Video), a film about Danny Greene, a Cleveland longshoreman (Ray Stevenson), who became involved in the criminal underworld and fought the Mafia for control of the Ohio city in the 1970s. Colombo underboss and “Fear City” interviewee Franzese was played by Joseph Bono in “Goodfellas” (on Sling or $3.99 digital rental), and as an author and speaker, he’s been in many documentaries about the mob, including the Nat Geo series “Inside the American Mob,” which is on YouTube for $1.99.

One of the major murders in the docu-series is the lunchtime hit of Carmine Galante, whom the notorious hitman Richard Kuklinski took responsibility for. Michael Shannon played the assassin in “The Iceman,” which is available on many streaming platforms for free, with ads, including IMDb TV, Tubi, Roku Channel, Crackle and Vudu.

Around the same time that the Mafia Commission trial was going down in New York in 1985, the Italian government was cracking down on the Sicilian Mob, too. In 1986, they conducted the massive Maxi Trial in Palermo, in which 475 mafiosi were indicted. The recent Italian film “The Traitor” depicts the life of Tommaso Buscetta (played elegantly by Pierfrancesco Favino), one of the mobsters who testified against his former compatriots and later had to enter witness protection (on Starz, free on Pluto TV with ads or a $6 rental).

An even more fascinating film about that era in Sicily is the 2019 documentary “Shooting the Mafia,” which is available for free on Kanopy or a $4.99 rental. The documentary follows the remarkable life of Letizia Battaglia, Italy’s first female photojournalist, who bravely photographed the most notorious mafiosi, murders and mayhem in her native Sicily. Her story is a different angle than most on the Mafia, and it’s utterly absorbing and inspiring.

‘Summerland’ is a sweet WWII tearjerker

A schoolchild leaves London and takes up shelter with a reluctant caregiver in scenic story by writer-director Jessica Swale.

What to stream: The best of Olivia de Havilland

She seemed to be the last surviving star of classical Hollywood's Golden Age, and it feels like our last living link to that era is gone.

Documentary follows a group of crusaders fighting to defend civil liberties under attack by Trump administration.

This week on our film podcast '... Just to be Nominated,' we're talking about 'Game' movies!

Video games, board games, hunger games, game shows... This week on our film podcast '... Just to be Nominated,' we're talking about Game movies!

"Caddyshack” was released 40 years ago this summer. Here's a look at the tale of caddies, slobs, nouveau riche and others who clash at a country club.

In directorial debut, Karen Maine mines her own awkward adolescent experiences without condescending or objectifying.

Michael Franzese in "Fear City: New York vs. the Mafia"

An FBI surveillance image in "Fear City: New York vs. the Mafia"