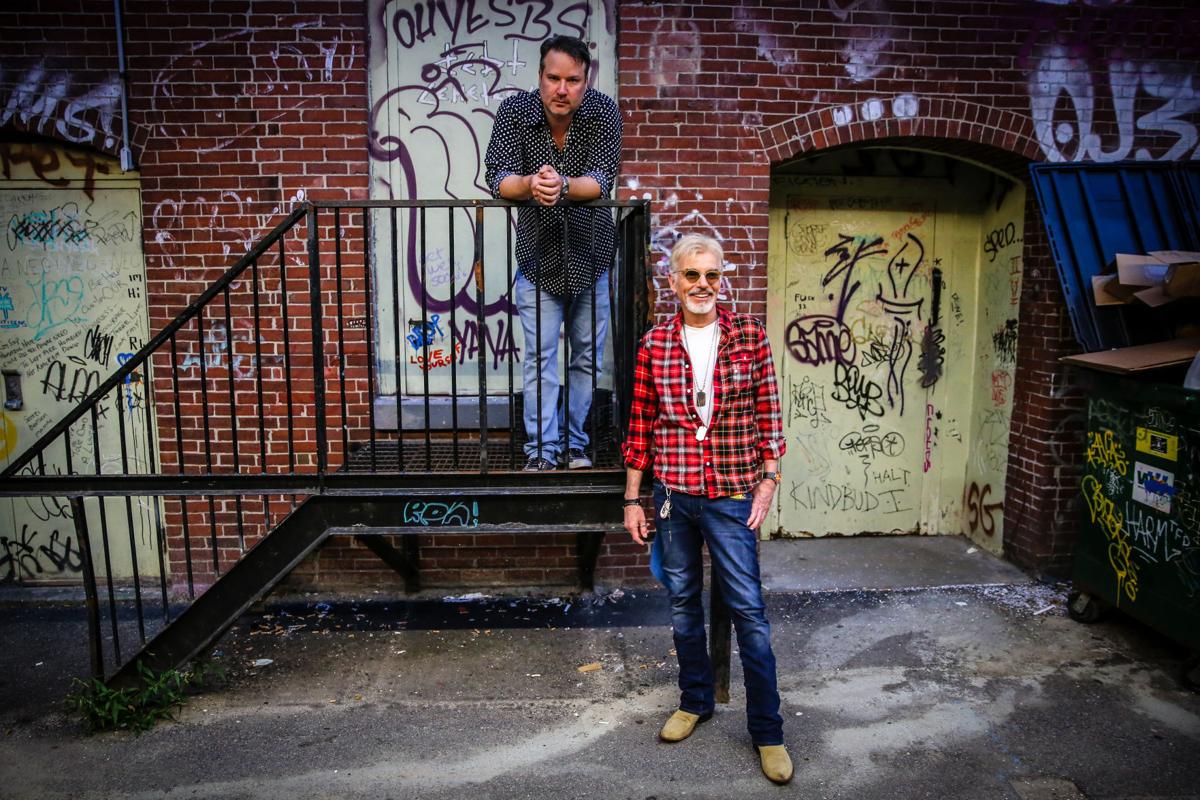 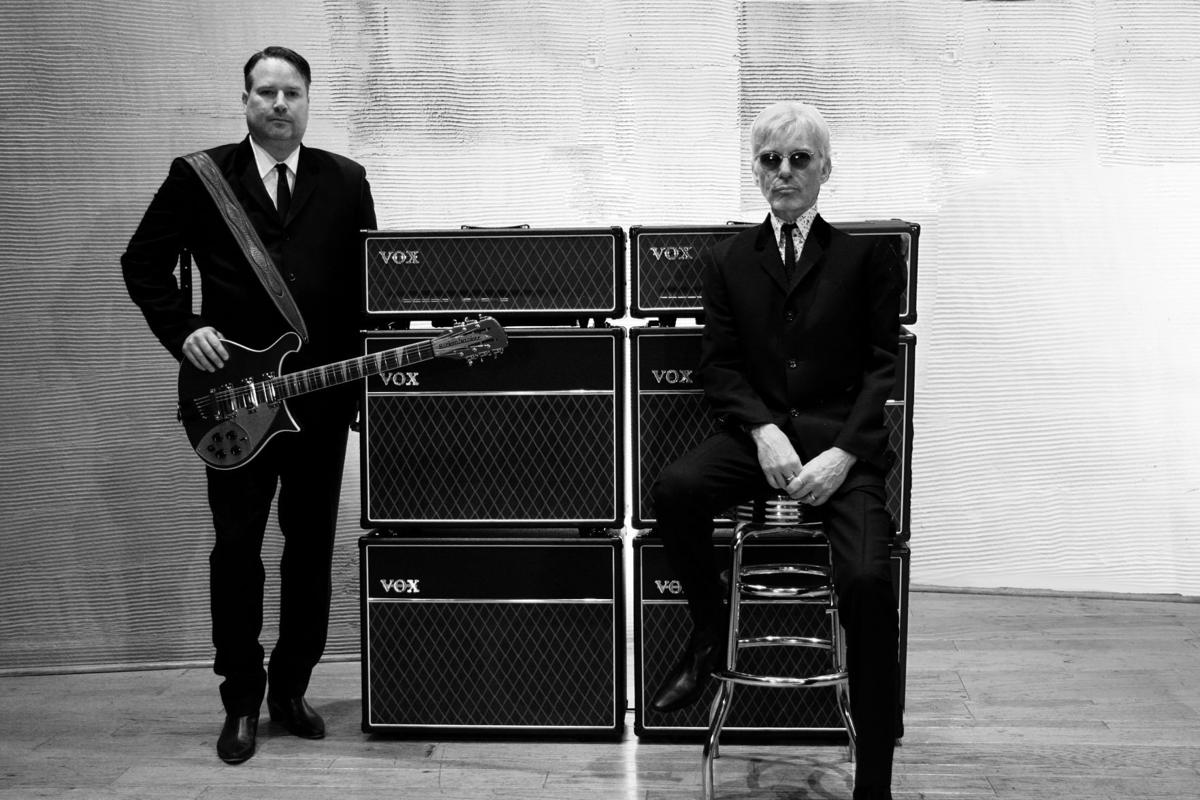 Billy Bob Thornton may be best known for his work in movies (“Sling Blade,” “Monster’s Ball,” “Bad Santa”) and on TV (“Fargo,” “Goliath”), but he was a musician long before moving to Hollywood and over the years has released 14 albums — four under his own name and 10 alongside partner J.D. Andrew, as the Boxmasters.

The band is on the road right now promoting — somewhat belatedly, due to the COVID-19 pandemic, of course — its 2020 effort, “Light Rays.”

“It seems pretty normal out here so far,” Thornton says by phone from a tour stop in Atlanta. “We had some hesitancy in the beginning, but it’s about time. We live in California, which was locked down pretty heavily. You can’t stay that way forever. We had to cancel our 2020 tour, and we were anxious to get back out here. And so far, knock on wood, it’s been OK.”

The Boxmasters will perform Aug. 26 at the Factory in Chesterfield. The new concert venue this week announced a policy requiring guests to present proof of vaccination or a negative COVID-19 test.

Thornton and Andrew were anything but idle during the pandemic, recording relentlessly — albeit safely — at Henson Studios (formerly A&M) in Hollywood. They shelved a finished album, “Boxmasters 66,” that was intended for Record Store Day, in favor of “Light Rays.” And they recorded three more albums during the shutdown.

The first of those, “Christmas in California,” likely will be released in November. The next, “Help, I’m Alive,” is tentatively scheduled for April. Plans for the third, “Nothing Personal,” are pending.

"We live in California, which was locked down pretty heavily. You can’t stay that way forever. We had to cancel our 2020 tour, and we were anxious to get back out here. And so far, knock on wood, it’s been OK.”

“Maybe we’ll just put it on our website and let people listen to it for free,” Andrew says. “We love all these records. We’d love to just put out a record every time we record one, but I don’t know that that makes the best business sense. We have a record label that markets and distributes them, and they have a say in the deal.”

“Light Rays” continues Thornton and Andrew’s fascination with the sounds of 1960s bands such as the Beatles, the Byrds and the Beach Boys.

Thornton says he was one of those kids whose life was changed by seeing the Beatles on “The Ed Sullivan Show.”

“When the Beatles came along, there was something that just struck a chord, and then I became a freak for the British invasion,” he says. “So I love the Animals and the Kinks and the Dave Clark Five, and the first bands I was in, we played stuff like that.”

Thornton and Andrew were also influenced by the Southern California sounds of the 1960s (the Byrds, the Flying Burrito Brothers) and Memphis (the Box Tops, Big Star). But more than anything, they loved the idea of being in a band.

“Not to pontificate here, but these days, everything is about individual (artists),” Thornton says. “Everything on the radio is like, ‘Which pop star is that?’ When we were growing up, the rule was bands. There were some individuals, like Tom Jones or whoever, but for the most part, we loved bands and wanted to keep that band feeling.”

“Light Rays” jumped its place in line over “Boxmasters 66,” Thornton says, “because it felt like the right record for the time.” It was recorded before the shutdown but contains songs — he cites “Breathe Easy” and “Learn to Be” — that were “songs of hope” in the face of the shutdown. “They’re good songs and have family and social undertones,” he says.

Onstage, the Boxmasters expand to a six-piece lineup, but in the studio, it’s usually just Thornton and Andrew. They’ve been a team since 2007, when Andrew (a Grammy-nominated engineer in his own right) was hired to add some guitar parts to Thornton’s “Beautiful Door” album.

“We realized we had a lot of the same loves for baseball and the same kinds of music, and we grew up in states that had most of the same letters,” Andrew says with a laugh. (Thornton is from Arkansas, Andrew from Kansas.)

Speaking of baseball, Thornton remains a die-hard Cardinals fan, having grown up with the major-league team on the radio and the Cards’ former farm team, the Arkansas Travelers, nearby.

“Anybody that was raised in my area, they’re born and bred a Cardinals fan, so it never gets out of you,” he says. Thornton admits it’s been a hard year for the club, but he remains optimistic for the future.

Meanwhile, he’s still stinging from the loss of his friend, ZZ Top bassist Dusty Hill. Decades ago, Thornton began his musical odyssey playing drums in a ZZ Top tribute band, but as luck would have it, he would one day become close with the band members themselves.

“I got the call from their road manager at 1:30 in the morning,” he says about hearing of Hill’s passing. “I knew it was bad news. Every day I wake up and I still can’t believe it. It’s one of those things you’re kind of numb to — can’t really accept it yet. And it certainly won’t be the same without him.”

Champagne Tasting on the Rooftop

Minute to Win it Game Night

After livestreaming and recording during pandemic, Italian opera superstar is happy to once again "feel the emotion of the audience."

Demi Lovato thinks the term 'aliens' is 'derogatory' to extraterrestrials

Lovato explained that they do not believe that beings from another planet mean to harm humans.

At the Factory, Grammy- and Oscar-winning singer-songwriter performed music from “Yes I Am,” her 1993 breakthrough album, and 2004’s “Lucky.”