'Allman Family Revival,' a tribute to patriarch Gregg Allman, is back in full force with all-star lineup
0 comments
Share this
{{featured_button_text}}
By Daniel Durchholz | Special to the Post-Dispatch

The “Allman Family Revival” is a 19-city, coast-to-coast tour featuring the Allman Betts Band and an all-star cast of guest artists, including Robert Randolph, North Mississippi Allstars’ Cody and Luther Dickinson, Eric Gales, Jimmy Hall, Kenny Wayne Shepherd and others, paying tribute to the life and music of Gregg Allman. | But it didn’t start that way. Not exactly, anyway.

“It was never meant to be a celebration for Dad,” Gregg’s son and Allman Betts Band guitarist and vocalist Devon Allman says of “Revival,” which originated in 2017 in San Francisco.

Fate and friendship turned it into that, however. The tour visits the Factory in Chesterfield on Nov. 27.

In December 2016, Devon’s mother, Shelly Jefts, died, followed in May 2017 by Gregg. Devon canceled all of his touring commitments and took time off to grieve, only to realize “I was denying myself of the healing power of music,” he says.

He began to organize a comeback concert of sorts that would get him back into the spirit of things.

“I called Cody and Luther, Jimmy Hall, Samantha Fish, Robert Randolph,” he says. “I thought one or two would say yes. But everybody said yes.”

Although the show originally was scheduled to be held in Florida, Devon’s agent told him that a bigger venue would be needed and that the Fillmore in San Francisco wanted to book it on Dec. 8.

“I’m like, ‘That’s Dad’s birthday,’” Devon says. “He would have been 70. So I thought that maybe we ought to make the night about him.”

Basing the concept on the Band’s famous final concert and film, “The Last Waltz,” Devon asked his guests to play a song from their own catalog and then perform “an Allman-centric song.” His own group served as the house band.

The show was a success, and the next few years saw the “Revival” play out in several cities. Last year, hamstrung by the pandemic, it was livestreamed from the Ryman Auditorium in Nashville, Tennessee. This year, it’s a full tour, with a total of 25 acts performing on varying bills across the country.

“I know that Dad’s just tickled,” Devon says. “Like, ‘All that jammin’ for me?’ I know he’d really be stoked.”

Before the Allman Betts Band, Devon had performed and recorded as a solo act and with bands including Honeytribe and Royal Southern Brotherhood. While growing up, he got to perform alongside his father — either with the Allman Brothers Band or on Gregg Allman solo dates — “50-plus times,” he says. “It was always an instant education.”

It was the first “Revival” concert, Devon notes, that “kind of galvanized Allman Betts to become a band.”

“We were playing (the Allmans classics) ‘Blue Sky’ and ‘Midnight Rider’ for the first time together,” Devon says. “And we’re looking at each other, going, ‘This is really special.’ And there’s grown-ass men in the front row crying.

Holiday arts guide: Where to find concerts, theater, lights and other festive events

“We had already talked about wanting to maybe make some music together — to start a band that kind of encapsulates this whole thing and also have our own history of albums.”

Which they did and are doing. The Allman Betts Band has now released two albums — “Down to the River” (2019) and “Bless Your Heart” (2020). The pandemic forced the group off the road last year, but it got back out as quickly as possible in 2021, doing socially distanced shows, livestreams and drive-in concerts.

“We really pounded it out,” Devon says. “I was really proud of our outfit for getting out there.”

Devon also used the pandemic downtime to do livestreamed shows from his home in St. Charles, with proceeds going to band and crew to replace lost wages. And he began work on a forthcoming solo album, which will differ from his previous blues-rock output considerably. “It’s an all-instrumental record — like a meditative, ambient record,” he says. “It’s about 90% done.”

Devon also continues to expand his label, Create Records, which has signed two St. Louis-area artists, River Kittens (which will open the “Revival” show at the Factory) and Jackson Stokes.

But for now, it’s all about the “Revival.”

“There are a lot of bands that kind of hit that sweet spot and that stride in their trajectory of success,” Devon says. “But then that’s it — they hit that one pocket with that one group of people, and when those people age, they usually don’t take the band with them. But the Allman Brothers — this music transcends every generation. It’s handed down from grandfather to father to son. It has just remained timeless.

“We’re seeing 9-year-olds in tie-dyes with their grandparents, you know? There are only a couple bands like that — that continue to turn on new generations because the music is so timeless and doesn’t fit in a niche.”

Santa Arrives by Helicopter at The National Museum of Transportation

The show is s benefit for bird rescue A Refuge for Saving the Wildlife.

Nominations for the 2022 Grammy Awards were announced Tuesday. Here's a list of nominees in top categories.

To make "My Bluegrass Heart," Grammy-winning banjo player assembled a who's who of players, many of whom will join tour.

David Spade heading to the Factory

Tickets are on stage now.

The shows will be rescheduled for 2022. 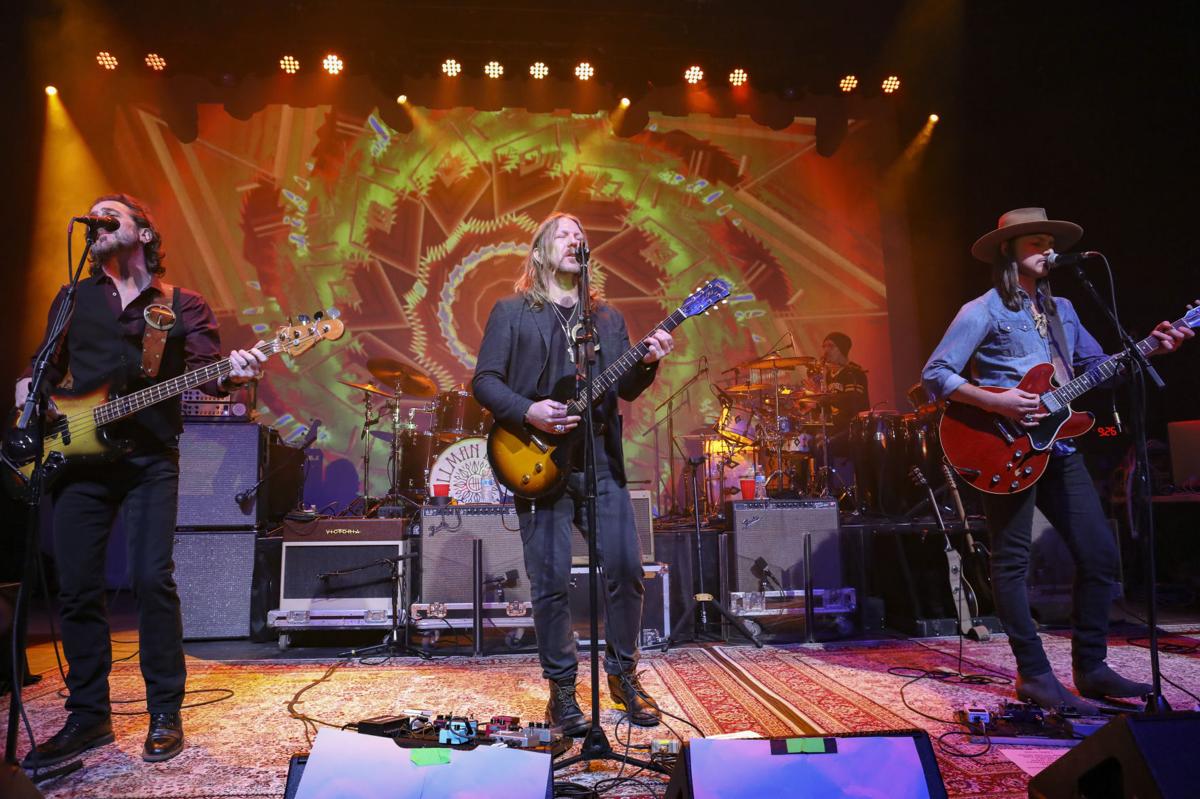 From left: Berry Oakley Jr., Devon Allman and Duane Betts of the Allman Betts Band perform in 2019 at Buckhead Theatre in Atlanta. 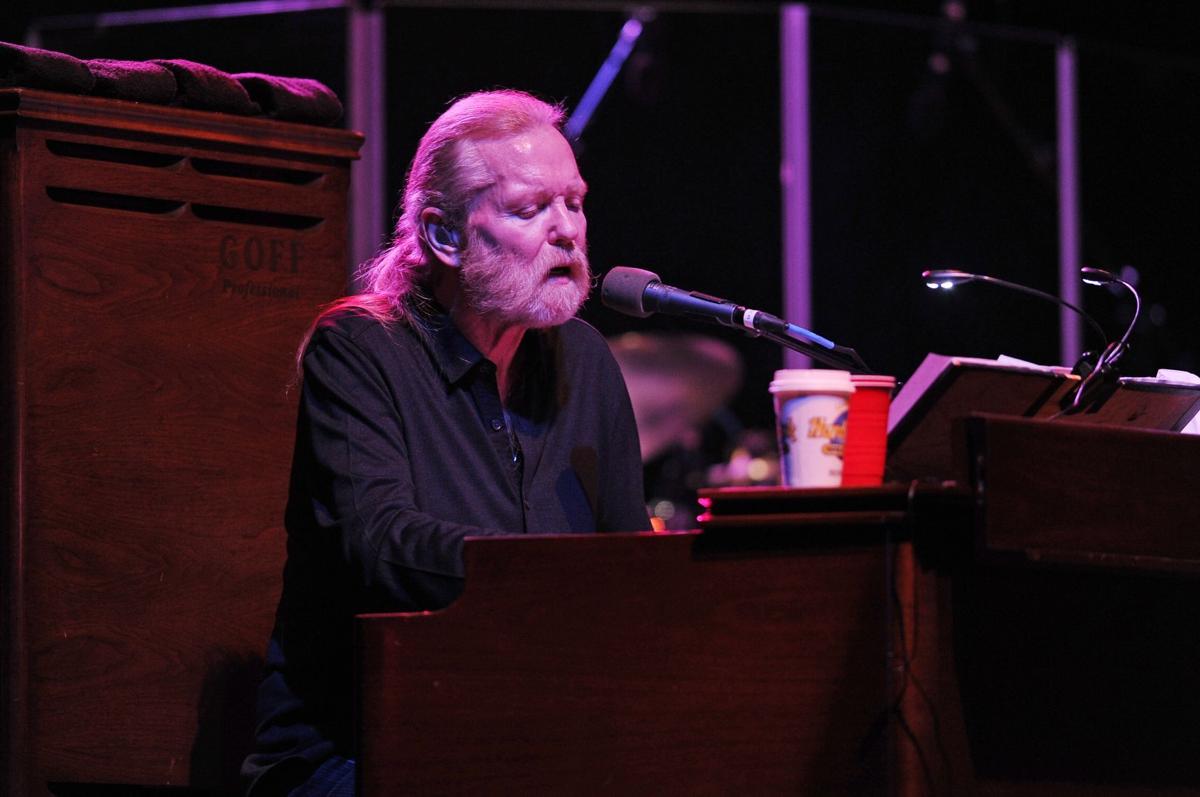