Late last month, Angélique Kidjo picked up a world music album Grammy Award for “Celia,” her tribute to the legendary Celia Cruz, known, among other honorifics, as the Queen of Salsa.

Kidjo, who was born in Benin and now lives in Brooklyn, acknowledged Cruz’s musical influence as well as her importance as a role model for a young girl growing up in Africa.

“She’s one of the artists who taught me at a young age that my gender cannot define who I am,” she said from the Grammy podium — “that I can do anything I wanted to do.”

That confidence — which Kidjo has displayed over an extraordinary career that includes more than a dozen albums, three previous Grammys, and musical endeavors that cross both genre and language barriers, often in collaboration with superstars such as Carlos Santana, Philip Glass, Bono and John Legend — was instilled in her early on.

“I grew up with a father that always used to say to me that intelligence has no sex,” Kidjo says by phone from her home, having just returned from Belgium where she received an honorary doctorate from Université Catholique de Louvain. “My father say, ‘You can do anything you set yourself to do, as long as you’re doing it properly and the way you like and you are not afraid of failing. But be confident.’

“That’s how I’ve been in my background, and I’ve always done what I wanted to do.”

Kidjo, who grew up listening to many kinds of music, including salsa, was awed by Cruz — a woman dominating what had been a man’s game — when she saw her perform in Cotonou in 1974.

“Where I grew up, there’s no party without salsa,” Kidjo says. “You do a party and you don’t play salsa, half an hour later, everybody leaves. But it was always played by males. So I grew up saying, ‘It’s not the type of music you should even be thinking about doing.’

“I say to people, ‘Enjoy the richness of that culture that has produced so much wonderful music that we love to listen to, that we love to dance to. Don’t ask questions about it. Just let the music take you wherever.'"

“But seeing Celia walk onstage and go, ‘Azucar!’ (a familiar shouted interjection in Cruz’s recordings and performances), I’m going like, ‘What the hell? Who is that woman?’ She goes, ‘OK, you guys, match up to this, live up to this. I don’t think you can.’ Whoa! I love it. I just love it.”

For “Celia,” Kidjo didn’t want to replicate the sounds of Cruz classics such as “Quimbara” and “La Vida es un Carnaval,” but rather tie the Cuban music back to its African roots.

“I said, ‘I don’t want to do it as a salsa album,’” she says. “Cuban people do that better than anybody else, and I can’t go there. I want to show Celia the African international artist. Through her art, there are great big bridges between cultures all around. I tried to find that balance between celebrating her African roots and celebrating her resilience.”

Speaking of bridges — whose roads go both ways — prior to making “Celia,” Kidjo recorded “Remain in Light,” her version of the classic 1980 Talking Heads album that itself was heavily influenced by African music.

Kidjo was first exposed to its lead single, “Once in a Lifetime,” on an unmarked cassette played at a party in Paris, not long after she left her home country.

“So here comes this song, and I was dancing,” she says. “The chorus, it reminded me of something we used to play in the street back home. And there’s a big guy there saying to me, ‘Why are you dancing that that? That’s not African music — this is rock ’n’ roll.’ I look at him and say, ‘It’s not my fault who stole it. This is African music.’”

For years, she didn’t know the name of the song or the artist and had never heard the entire album until a few years ago.

But she did meet former Talking Heads frontman David Byrne and was impressed by his knowledge of all kinds of world music. “I thought, ‘I like this guy already. Is he really American?’” she says with a laugh. The two have since become friends and collaborators.

Proving there is little that Kidjo is afraid to take on, she is the featured vocalist in Philip Glass’ “Symphony No. 12 (Lodger),” which premiered last year and is based on the David Bowie album of that name. It’s the third and final piece in Glass’ works based on Bowie’s “Berlin trilogy.”

“There is no music that I would touch that won’t have its roots in Africa,” Kidjo says by way of summary. “All of it is there — every music. Think about it: We are all African. Africa is the cradle of humanity, and that DNA we share deep down, we can deny it, live up to it, embrace it, or say ‘no.’ But that ain’t gonna go nowhere because you cannot get rid of your DNA.

“I say to people, ‘Enjoy the richness of that culture that has produced so much wonderful music that we love to listen to, that we love to dance to. Don’t ask questions about it. Just let the music take you wherever.’

“Let yourself be transported by music. No judgment.”

St. Louis rapper Murphy Lee is unexpectedly trending on Twitter, but all is well

His trending looks to revolve around a random appreciative of the St. Lunatic. He says he's in a great during this quarantined moment.

The venue was scheduled to open May 25 in Maryland Heights. Kesha will reschedule her tour dates. Fans are asked to hold onto their tickets.

Q&A: 'American Idol' is over for YZthaSinger of St. Louis, but he's just getting started

The young singer was seen during two episodes of series' Hollywood Week rounds. He's planning on releasing his debut EP this year, drawing on influences such as Chris Brown, Miguel and Trevor Jackson.

Diffie, a native of Tulsa, Oklahoma, was a member of the Grand Ole Opry for more than 25 years. His hits included “Honky Tonk Attitude," “Prop Me Up Beside the Jukebox (If I Die)," “Bigger Than the Beatles" and “If the Devil Danced (In Empty Pockets).”

The tour is expected to be rescheduled and fans are asked to hang onto tickets.

Devon Allman embarks on a virtual tour without leaving his St. Louis-area home

Allman launches his “We Are Still All Together Tour,” a virtual, online tour. He has partnered with Gibson Guitars, Earthworks Audio and Meyer Sound Lab to set it apart from typical livestreaming. 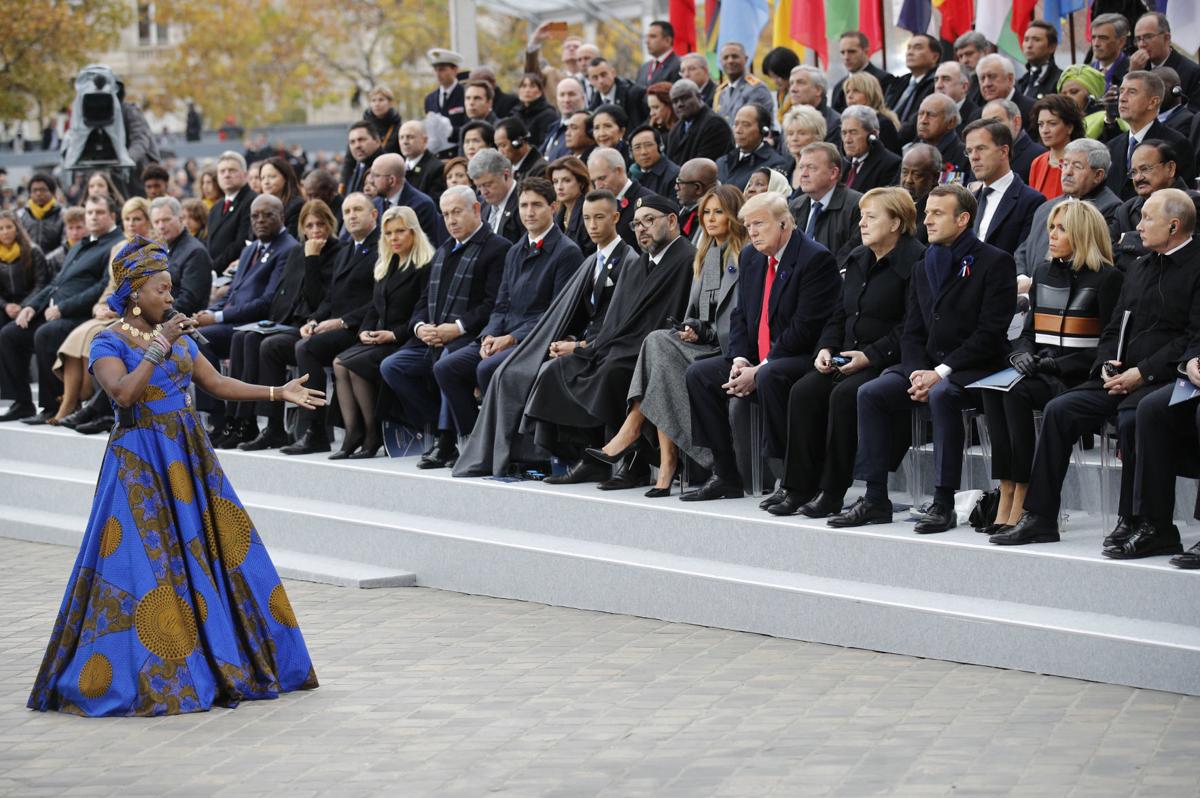 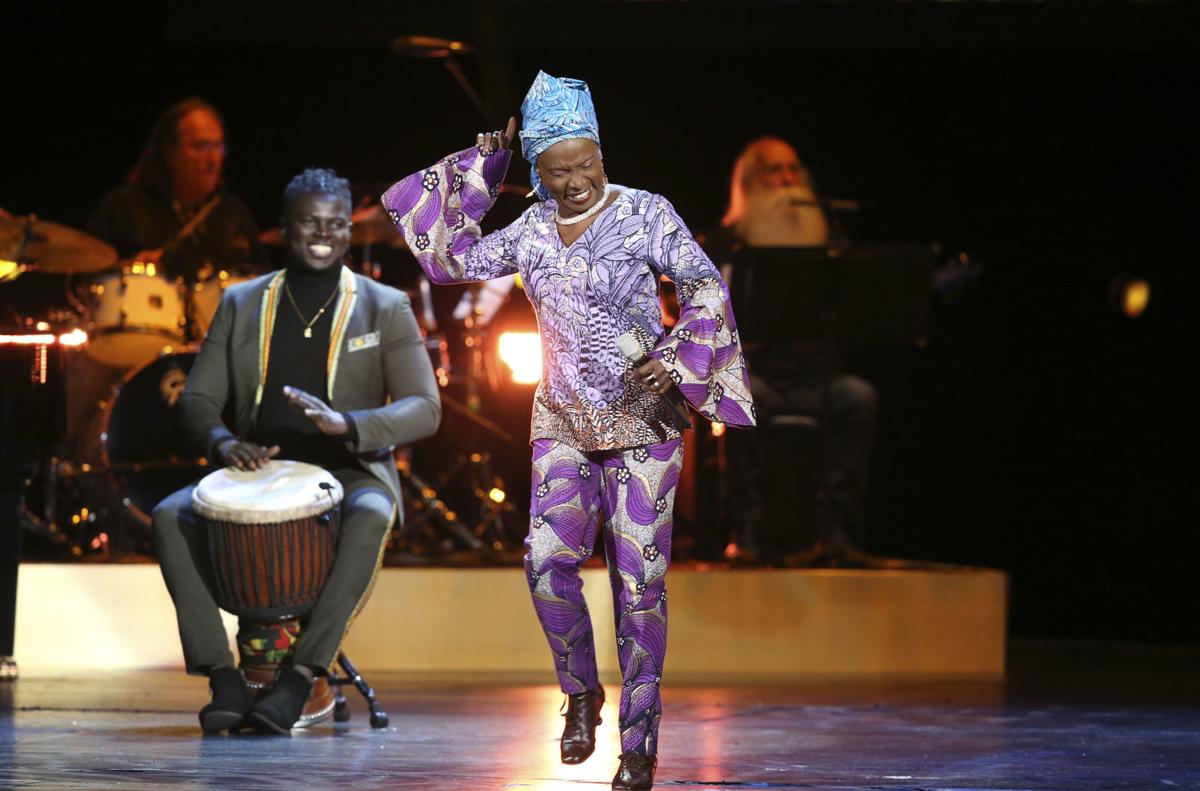