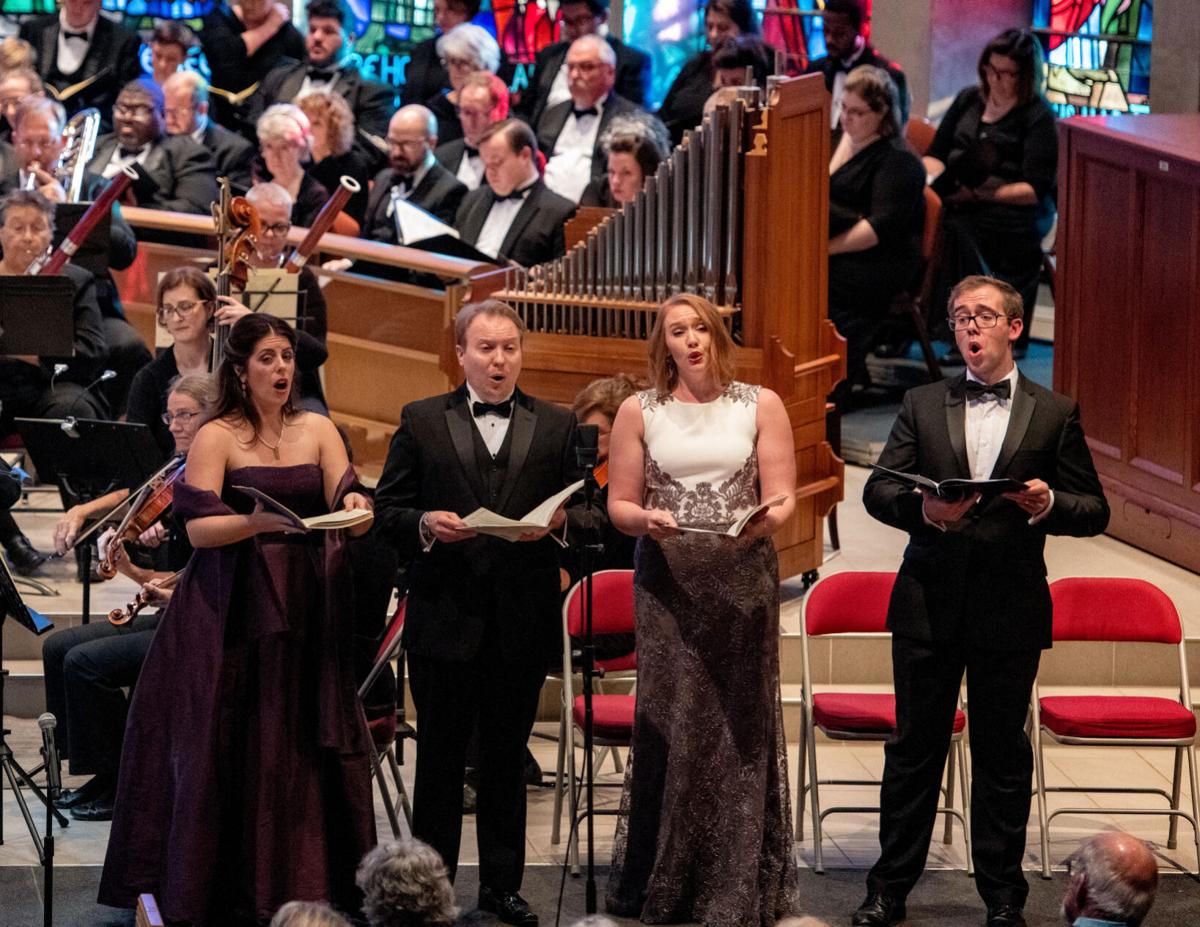 A "Bach Sings" concert by Bach Society of St. Louis 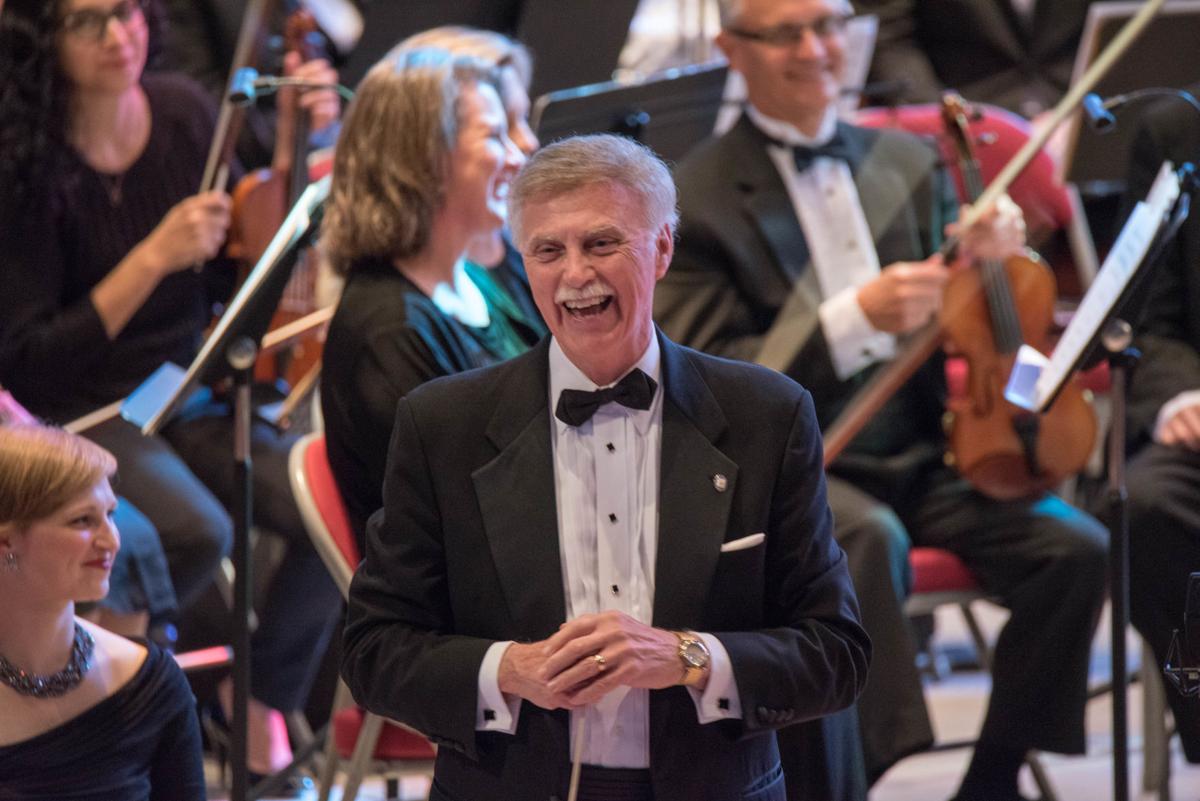 By Eric Meyer | Special to the Post-Dispatch

The Bach Society of St. Louis celebrates its 80th season with a free, all-virtual Bach Festival running April 2-18. The festival features new collaborations, educational opportunities and a variety of musical performances — nine events in all.

Highlights include “Bach in the Garden” in partnership with the Missouri Botanical Garden, a radio broadcast of Johann Sebastian Bach’s “St. John Passion” on Classic 107.3 FM, and “Bach Talks: St. John Passion,” a visually interactive four-part series on the history and significance of “St. John Passion.”

“Bach’s music offers an amazing amount of variety,” says BSSL music director and conductor A. Dennis Sparger, “from beautiful melody to intricate polyphony, from grief to joy, from profound seriousness to elegant playfulness.”

“J.S. Bach is widely known as the greatest composer of all time,” executive director Melissa Payton says. “His music has influenced every later generation of composers and musicians — a heritage that continues even now in 2021. You can hear his influence in jazz, soul, hip-hop and pretty much any 20th-century musical genre you could care to name.”

Bach composed so much music for so many instruments, Payton says. “His music was made through faith, but it transcends faith, inspiring people across all geographical, religious and cultural backgrounds.”

And it’s that variety that provides “numerous opportunities for unique and creative programming in our Bach Festival,” she says.

The 80th anniversary season looks a bit different than what organizers originally anticipated, Payton says, “but it’s been fun to explore new ways to engage with our audience and celebrate such an important milestone in the Bach Society’s history.”

Bach’s “St. John Passion” radio broadcast starts the Festival on Classic 107.3 FM radio. Performed by the Bach Society Chorus and Orchestra, the masterwork tells the story of Christ’s journey to the cross. First performed in 1724 in Leipzig, Germany, St. John Passion is the first and shorter of Bach’s two surviving Passion settings.

Want to know more about “St. John Passion”? The festival includes four free lectures by Sparger. The visually interactive series focuses on the history and significance of the work and includes musical examples.

‘Bach Sings: A Concert of Arias’

“If you love hearing accomplished voices sing the music that defines their careers,” Sparger says, “you must watch ‘Bach Sings: A Concert of Arias.’” The event features arias from Bach’s most popular works performed by soloists across the country, including tenor Gene Stenger, bass Alex Dobson, soprano Josefien Stoppelenburg, countertenor Jay Carter and baritone Elijah Blaisdell.

Bach in the Garden

In partnership with the Missouri Botanical Garden, the festival hosts a virtual concert of Bach chamber music in the newly renovated Stephen and Peter Sachs Museum. The performance features Lenora-Marya Anop (violin), Catherine Edwards (flute), Ken Kulosa (cello) and Charles Metz (harpsichord). The concert also includes an opportunity for Q&A with the performers and a live tour of Charles Metz’s exclusive collection of harpsichords in Palm Springs, California.

In collaboration with the Second Presbyterian Church Couts Music Series, the Bach Festival includes a “Young Artist Showcase.” The Bach Society Young Artist program was established in 1989 to provide professional training for local, career-oriented soloists. Featured this year are the voices of soprano Danielle Feinstein, mezzo-soprano Olivia Roland, baritone Micheal Lowe and piano accompaniment by Sandra Geary. The program includes music from Bach to musical theatre including a wide selection of music from operatic and oratorio repertoire. “If you love seeing young people demonstrate their considerable growth,” Sparger says, “watch the ‘Young Artist Showcase’ and be impressed.”

U2 made their St. Louis debut 40 years ago. Here's what we had to say about the show

On April 7, 1981, Bono danced barefoot and in knee britches for a slowly enthusiastic crowd of 600 at Washington U.'s Graham Chapel.

A "Bach Sings" concert by Bach Society of St. Louis