Nobody enjoyed the long pandemic layoff that delayed country superstar Kenny Chesney from coming to St. Louis by two years. But Carly Pearce benefited from it.

The 2021 Country Music Association female vocalist of the year is the only woman performing on Chesney’s “Here and Now 2022” stadium tour that rolls into Busch Stadium on May 7. And Pearce plans to make the most of touring with the man who has become a mentor to her.

“When I went through a lot of hard things in 2020, he went out of his way to give me some guidance, and we bonded over that,” she said in a telephone interview four days before the tour kickoff. “I was in this process of transitioning to making extremely country music, and he really encouraged me to do that, and obviously he’s one of the best in the genre.”

Both Pearce and Chesney went through the dissolution of very short, very public marriages (hers to fellow country singer Michael Ray; his to actress Renée Zellweger). But it was also during the tumultuous months around the divorce for Pearce that she put her heart and soul into “29,” a shorter EP version released in February 2021 and the full 15-song album in September.

Songs like “Diamondback,” “Dear Miss Loretta” and the current single that’s climbing toward the top of the charts, “Never Wanted To Be That Girl,” a duet with Ashley McBryde, have helped make the album a critical and commercial hit.

The duet with McBryde was something of a surprise.

“I was working on ‘29’ and was halfway through it,” Pearce says. “I’m a fan of her music, and I asked her if she wanted to write. I felt like a duet would be super unexpected for the fans, and there was no secret of what was going on in my life, and this song just kind of fell out.”

The album has been so well-received that it helped lead to Pearce taking home the CMA female vocalist trophy in November — a win she did not expect, easy to see as she took the stage to accept. She had hoped “29” might take album of the year.

“When I didn’t win album, I just kind of settled in, and I was truly stunned,” she says. “I truly blacked out — it was the most shocking moment of my career to date.”

It’s a career she hopes to model on one of her favorite performers, Faith Hill. Pearce says it’s people like Hill along with Reba McEntire, Dolly Parton and Trisha Yearwood who have reinvented themselves over the years and found long-lasting success.

And being the only woman on the tour with Chesney, which also includes Old Dominion and Dan + Shay, doesn’t worry Pearce: “I like to be the one that brings the girl power.”

The stadium tour with Chesney is a long way from her first steady paying job singing at Dollywood, the amusement park in Pigeon Forge, Tennessee, co-owned by Dolly Parton. Pearce quit high school and went to work, usually singing in six shows a day, five days a week, for $80 a day.

“I got started young, and I have a little understanding of what this job is,” she says.

While Pearce is thrilled to be touring with Chesney, she admits there’s a dream tour she would love to be a part of.

“Alison Krauss and Union Station, and Chris Stapleton,” she says. “And let’s put Robert Plant on there, too.”

Lightning round with Carly Pearce

Review: Kenny Chesney thrills his fans at Busch Stadium like no time has passed

It was a nightlong lovefest from the opening strains to the encore for Kenny Chesney, four years after his last St. Louis concert. 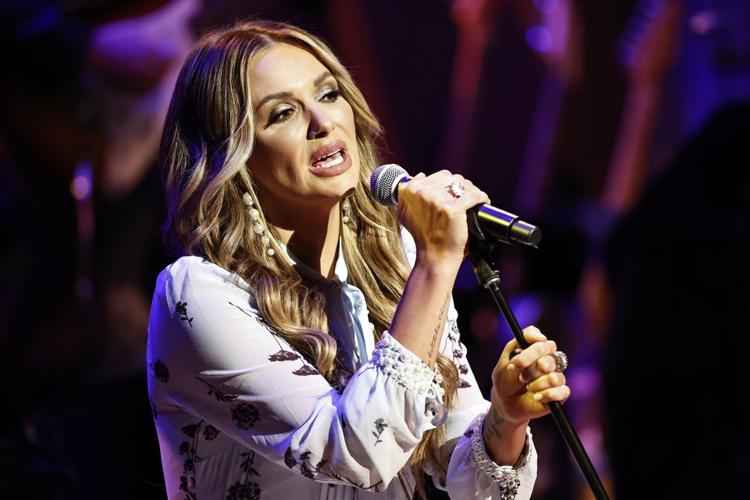 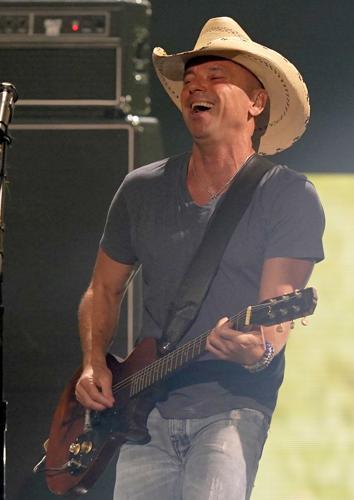 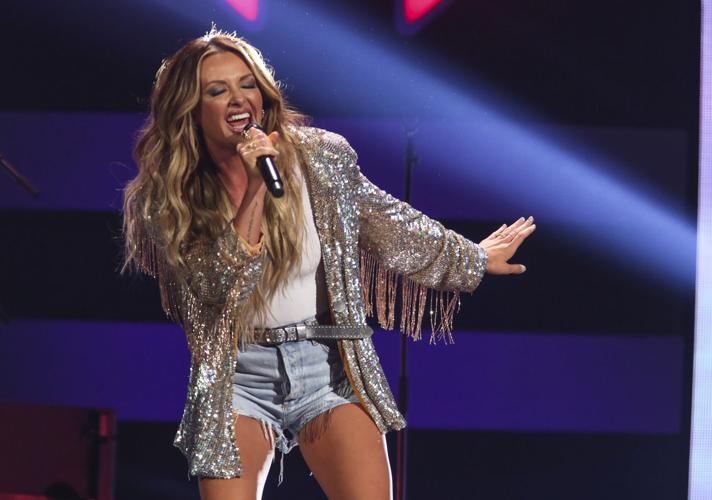 Carly Pearce performs in 2021 at the iHeartCountry Festival in Austin, Texas.