Subscribe
Read Today's E-Edition
Share This
In 1971, 'Jesus Christ Superstar' was the hottest musical around. But 4 shows in St. Louis were stopped in their tracks
0 Comments
Share this
Connie Rosenbaum St. Louis Post-Dispatch

On the weekend of June 10-13, 1971, the St. Louis Symphony was scheduled to play four shows of "Jesus Christ Superstar," but the shows were canceled because of legal issues. Here is our original coverage.

The St. Louis Symphony may cancel the four shows of "Jesus Christ Superstar" scheduled for this weekend because of a warning from the rock opera's two young English authors that a suit could be instituted against local producers.

The Symphony management is debating whether to risk legal action that probably would result from performance of a pirated version of "Superstar."

The Thursday, Saturday and Sunday night performances at Powell Hall are almost sold out, but ticket sales have been halted pending a final decision from management.

The Symphony management received a telegram last Thursday from Eastman and Eastman, a New York law firm representing the writers of "Superstar," informing them that the proposed local production violated the composers' copyright privileges. The Symphony did not ask for special permission before it scheduled the show, sources said.

The concert version of 'Superstar" was presented by the Symphony at Powell Hall on April 8 with the American Rock Opera Company. Last month the musical writers sought an injunction against that theater group.

Andrew Lloyd Webber, composer of the music, and Tim Rice, lyricist contend that the choral company performed without their permission. Apparently the writers want to protect their rights to the rock musical for a fall Broadway show, a movie and a tour, which they will book themselves.

The counterculture version of the life of Christ has been a smash hit almost from the time it was first imported from London last fall. The production has been embraced by some clergy and performed by numerous church groups, most of whom did not obtain special permission.

"I am disappointed," said Leonard Slatkin, assistant conductor of the s ymphony, who would have conducted the performances. "I hope people will realize that we are trying everything to salvage the show."

Some observers see this move to halt local shows as one more sign that rock has become dominated by exploitative and commercial interests.

"Supposedly the show was written to get a message across to a large audience," Slatkin said. "Now it will be restricted to a select elite, those who can afford a $10 Broadway ticket.

Outside the Lines Adult Coloring Club

St. Louis rapper Nelly proved he was no fluke with ‘Nellyville,’ which turns 20

"Nellyville," released this week in 2002, earned Nelly his first Grammy Awards and his first No. 1 singles.

Santana and Earth, Wind & Fire join forces on the road for the first time in decades, delivering "songs to elevate your consciousness."

The longest-running Billboard No. 1 singles from the 1960s

Here's a look at the songs that spent the most weeks at the top of the charts between 1960-1969, according to the Billboard Hot 100 archives.

Bestselling bands of the ’80s, then and now

Billboard charts from the 1980s were scoured for this list of 25 bands whose music was the soundtrack of the decade. Take a look at them then and now.

With much-needed time off the road, veteran band Chicago was able to make new music

“We’ve been doing this all these years, and we have never taken a year off,” says Chicago co-founder James Pankow.

The superstar country act performed 22 songs from "Sin Wagon" to "Goodbye Earl" along with most of the "Gaslighter" album.

Mvstermind will curate the sounds fans hear before, during and after St. Louis City SC matches. 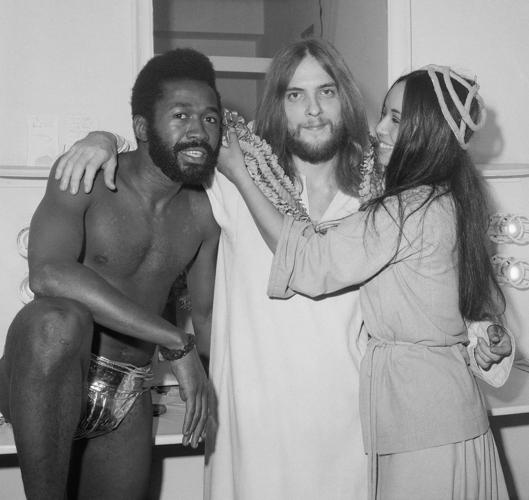 The stars of "Jesus Christ, Superstar'"  get together backstage at the Mark Hellinger Theater after a preview performance of the show Oct. 12, 1971. Shown are, from left: Ben Vereen, who plays Judas; Jeff Fenholdt, who plays Jesus; and Yvonne Elliman, who plays Mary Magdaline. (AP Photo/David Pickoff) 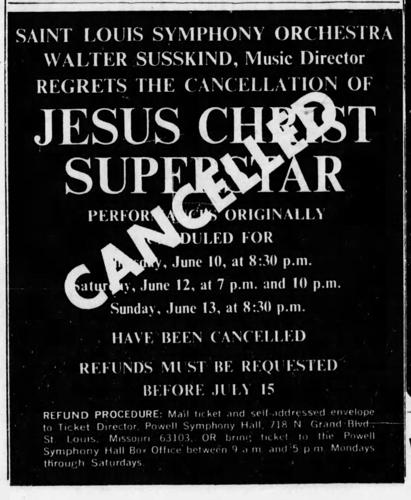