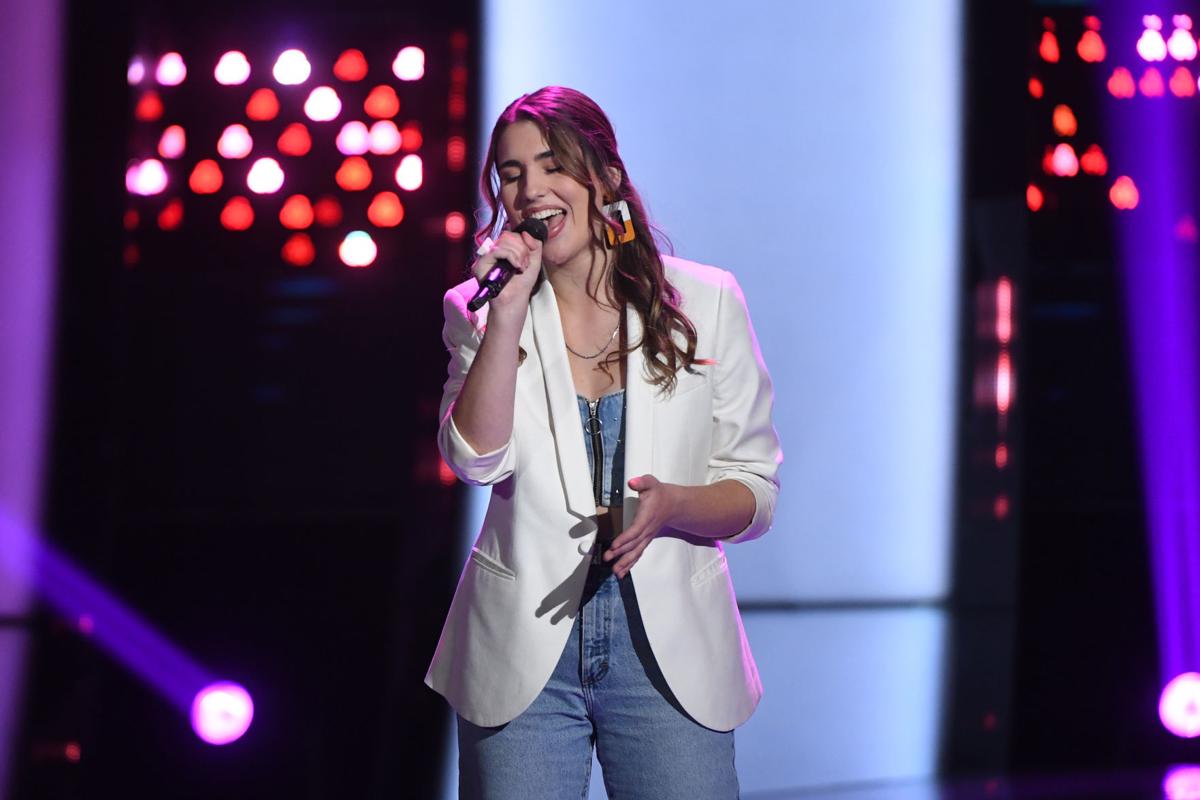 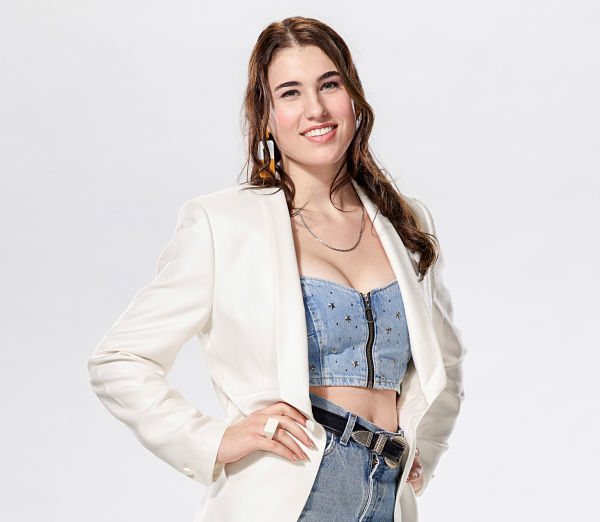 Joanna Serenko of Kirkwood, a contestant on Season 18 of "The Voice"

After Kennedy Holmes and Lisa Ramey reached varying degrees of acclaim on “The Voice” in recent years, Joanna Serenko is the latest St. Louis singer to be recognized on NBC’s hit series.

The 18-year-old is off to a soaring start after her blind-audition performance of Amy Winehouse’s version of the Beatles’ “All My Loving.”

Serenko was hoping just one of the show’s celebrity coaches would choose her for their team. And if it happened to be John Legend, one of her favorites, all the better.

But Legend, Blake Shelton, Kelly Clarkson and new coach Nick Jonas all turned their chairs for Serenko, instantly impressed by her performance.

“I was just so shocked,” she says. “Seeing celebrities like my voice is a really incredible feeling. I feel so grateful. A lot of it has felt like a movie — so surreal.”

After her performance, the coaches took turns praising Serekno. Shelton called her voice effortless and powerful. Clarkson said she’d be good for the show and that she can’t wait to see what comes next. Legend said Serenko’s performance gave him chills and that he loved the control she had over her voice. Jonas got out of his seat to plead for Serekno to choose him as her coach.

“It was between Nick and John — I love John Legend,” she says. “Then I figured if (Jonas) was putting himself out there for me, I felt safe picking him as my coach. He admitted he wasn’t the logical coach, but I trusted it would be a good decision, and he really wanted me here. I didn’t fight it. I went with the flow.”

It was an appropriate choice. Serenko’s first concert was a Jonas Brothers show a decade ago in Cleveland, where she lived with her family before they moved to Kirkwood in 2010.

“The Voice” came at the perfect time for Serenko: After graduating in 2019 from Kirkwood High School, she decided to take a year to plan her future.

“I don’t know what’s next,” she says. “That’s part of my story (on the show) — not knowing exactly right now. I always thought I would be a nurse or something in health. My mom (Anne Serenko) is a nurse.”

This isn’t Serenko’s first go-around with the television show. She initially auditioned a couple of years ago as a sophomore but didn’t make the cut.

“I hadn’t found my voice yet,” says Serenko, who thinks she undid herself when she opted to also play the piano as part of her audition, instead of focusing on singing. She also says she wasn’t broken-in as an artist yet.

After that experience, she decided to put any thoughts of “The Voice” on the back burner while continuing to work on her craft.

While in high school, she started getting gigs, mostly opening for other acts and integrating herself into the St. Louis music community, all in her quest to get a foot in the door and gain more confidence.

“I made connections, and it has helped me find my voice,” says Serenko, who has opened for Greyhounds, Leland’s Road and the Matching Shoe. She has performed at KDHX, the Ready Room and the Blueberry Hill Duck Room and won the St. Louis Teen Talent Competition in 2019.

She wasn’t as successful when she auditioned for “America’s Got Talent” in the eighth grade.

Her return to “The Voice” wasn’t because of her own doing. She says representatives for the show reached out to her for a private audition in Louisville, Kentucky, after seeing a clip of her performance of “Slip,” an original song, for Sofar Sounds.

Once she got on set, she says, she didn’t expect to make it to the televised portion of the show. “So many people were trying out, I thought my chances were low.”

She was nervous but got rid of her jitters once she hit the stage to do what comes naturally: delivering what she describes as acoustic R&B and singer-songwriter soul.

“I had the confidence I would at least get one chair and then get to the next round,” she says.

Next, Serenko proceeds to the Battle Rounds, which begin March 23. That will decide whether she advances to the Knockout Rounds and ultimately to the live shows. (The next rounds have been filmed, but she’s not allowed to speak about her fate.)

“I feel so energized with life right now,” she says. “I’m getting such positive responses and seeing it play out in St. Louis. All my family and friends are freaking out. Everyone is so stoked. I want to help put St. Louis on the map — be a part of that.”

As ‘The Voice’ season begins, we look at 17 St. Louisans from TV singing shows

The St. Ann native sailed through the earlier shows straight into the Top 24, before she was eliminated in Season 16 of "The Voice." Ramey, who lives in New York City, was on John Legend’s team on the show and received nothing but raves from her coach, though it didn’t lead to enough viewer votes to keep her on the show.

During season 15 of “The Voice,” Florissant teenager Kennedy Holmes was the first St. Louis-area singer to make it to the show’s finals. Though she looked like the show’s frontrunner, she was the first singer eliminated in the finals. We’re still smarting over that one. Since “The Voice,” Kennedy has been performing at special events throughout St. Louis. 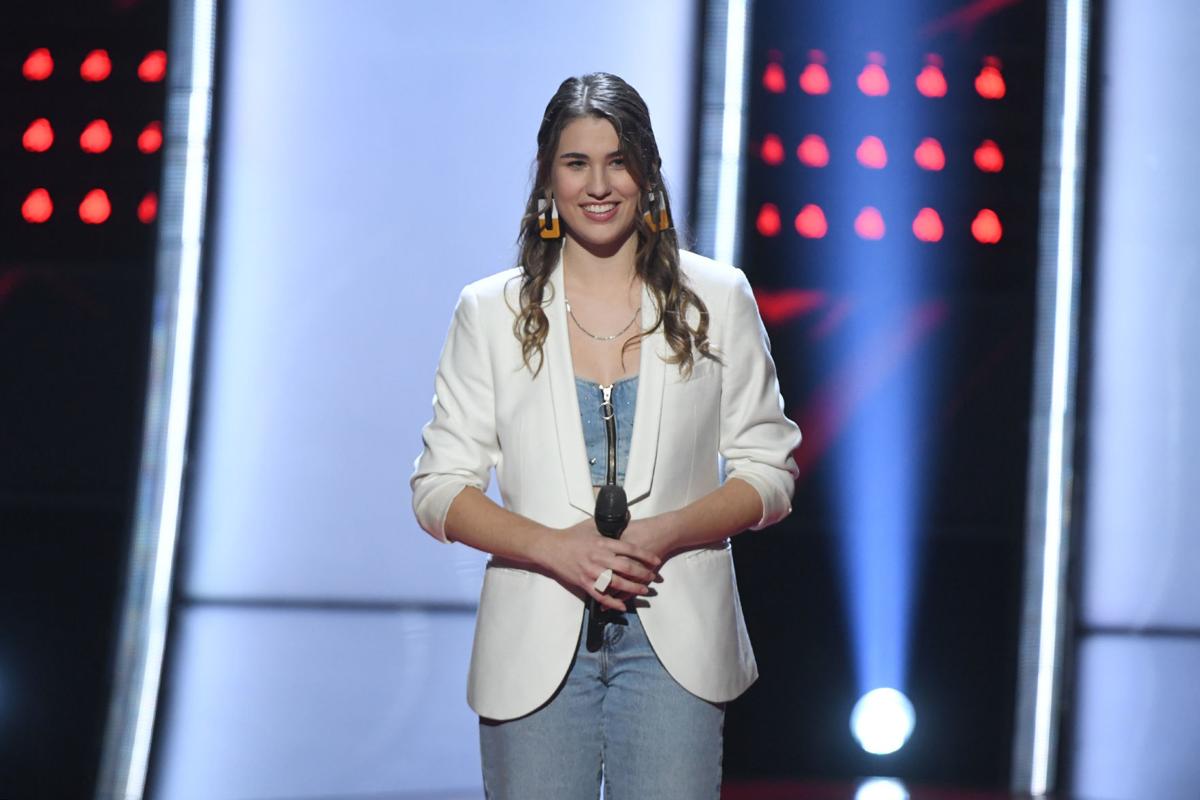 Joanna Serenko of Kirkwood, a contestant on Season 18 of "The Voice"