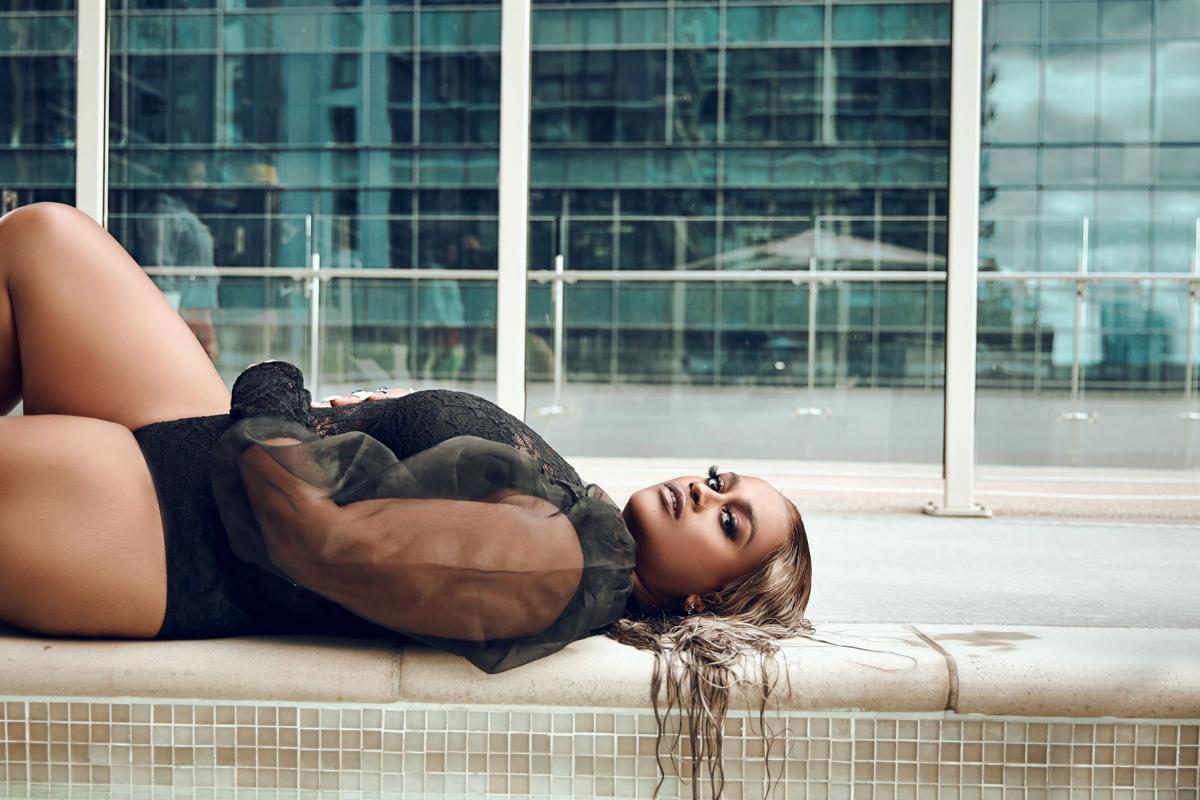 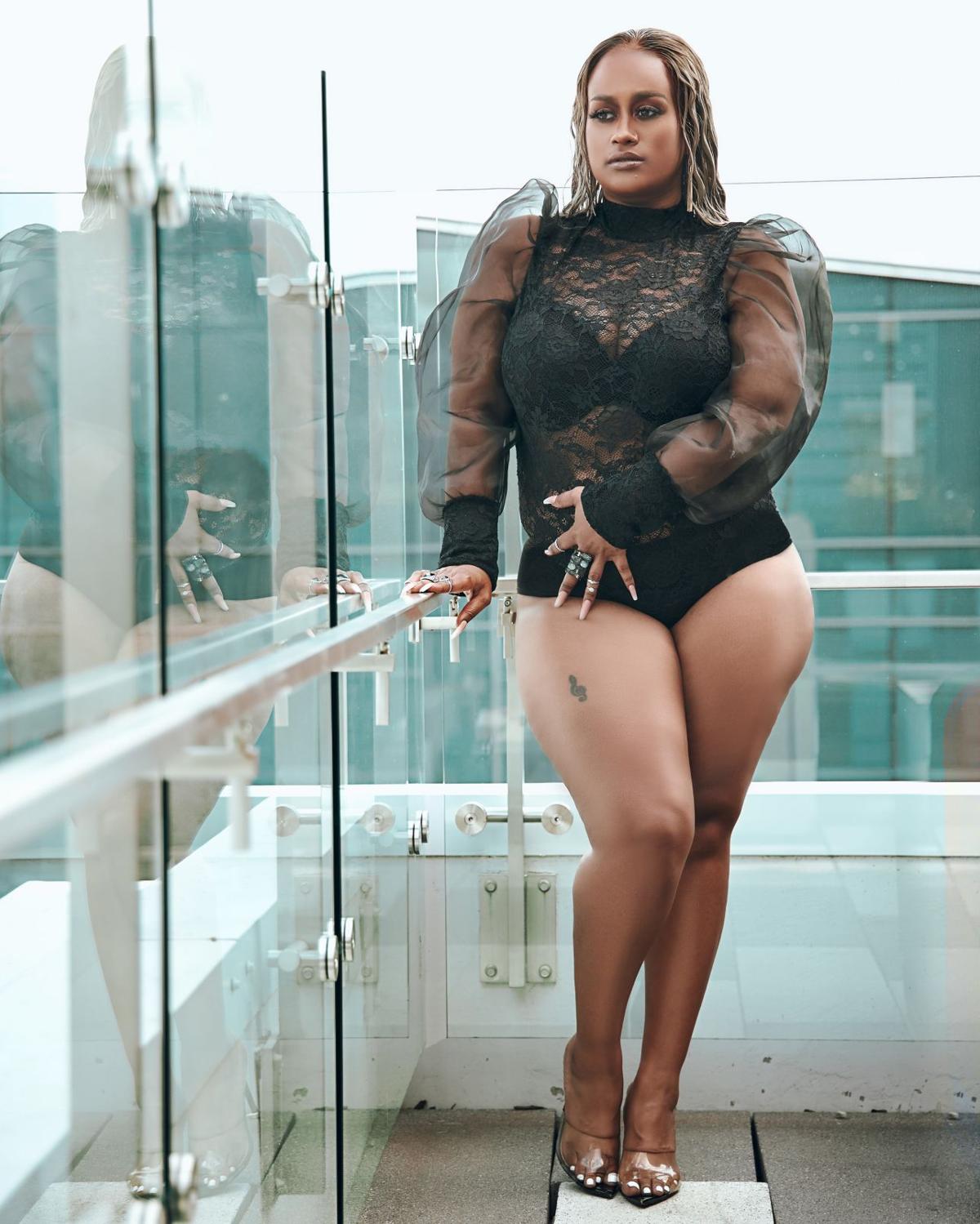 Amber B. is finished being a reject.

She was the first and only St. Louis winner of BET’s “Sunday Best” gospel competition on the show’s fourth season in 2012. At the time, she was known as Amber Bullock; now, along with a new name, her music has a new focus. Her new single, “Reject,” is on Soundcloud.

It’s all part of her transition to R&B.

“Amber B. is pretty much me,” she says. “It’s not deep. It’s just really raw me. Everything you thought about me — now you’re going to find out. I’m not going to hide anymore. I’m going to be myself.”

She says it shouldn’t come as a surprise that she’s pursuing R&B these days. “People always said they thought I would be great doing R&B music.”

She’s a fan of the music. Her top inspirations are Jill Scott and Mary J. Blige.

In 2011, she released “Thank You,” an EP. After her “Sunday Best” win, she released a gospel album, “So in Love,” in 2012. Both were on the Music World Gospel label, founded by Mathew Knowles.

Amber B. says she was never the typical gospel artist, which is why she didn’t fare as well in that industry.

“I don’t dress like the typical gospel artist,” she says. “My vernacular isn’t typical. I don’t hold my tongue.”

“I’m not with that anymore. Now I understand why I wasn’t called to do church things — do gospel things,” she says. “I won BET’s ‘Sunday Best’ and only did one BET Awards. I’ve never done BET’s ‘Celebration of Gospel,’ ever. I watched a background singer be featured while I sat in the audience. It was awesome for her, but it was literally after the year I won.”

She isn’t dismissive of the gospel industry as a whole. She says she just had to figure out who she was — and who she wasn’t.

“Amber B. is pretty much me. It’s not deep. It's just really raw me. Everything you thought about me — now you’re going to find out."

Amber B. points out that she had some support, such as from gospel veteran and “Sunday Best” host Kirk Franklin, who used her as a backing vocalist on his last two albums, including his Grammy-winning 2019 release, “Long, Live, Love.”

“There have been a few who kept me in their fold,” she says. “Not everybody has — not everybody has to. But I’m not going to wait around to be who I’m supposed to be. I’m going to walk in my truth, be authentic and pray it’s a blessing to somebody — a light.”

The song refers not only to her feelings as a gospel artist but also personally. She even felt she’d rejected herself at a certain point.

Beedo brought the song to her a year ago for her record as a demo for someone else, but she asked to keep it for herself. They reworked it for her to be what it is today.

“At first it was too high,” she says. “We had to change it to a lower key. And we tweaked the beat. It was a great team effort. Everybody came and pitched in, and we made magic. Any time I work with my team in the studio, it’s magic. It’s really easy. I can do it in my sleep.”

Amber B. has recorded a lot of new music to accompany “Reject,” enough for an album. But she’s still signed with Music World Gospel and is reluctant to release music for the label. Instead, she’s releasing music for free, as with “Reject.”

In order to release the music she wants, she says, she has to buy herself out of her contract with Music World Gospel. To that end, she has started the Reject Campaign on Indiegogo.

She also has T-shirts for sale as part of the campaign.

Along with her rebranding efforts, she has kicked off AmberPollo, a virtual talent competition that takes place at 7 p.m. Mondays on Instagram (instagram.com/singamber). The weekly cash prize is $100. The competition is presented by Michael Madison.

“It’s basically the Apollo but with my name on it,” she says. “It’s fun. We do it out of love. But we do hang up on the people who don’t sound good. It’s all fun, and it’s something to do, especially during the pandemic.”

Amber B., who moved from St. Louis to Atlanta three years ago for better opportunity and for love, says since the pandemic struck, God has been pulling her through.

“I’m coping; this is life now,” she says. “Getting used to this whole virtual life has been interesting, but I’ve been managing. Every since I won ‘Sunday Best,’ I’ve been able to work. I thank God for that. But I’m moving forward from that.”

How the MLB's new sticky substance policy can impact bettors

How the MLB's new sticky substance policy can impact bettors

After a long wait, now's the right time for gospel singer Michael Lampkin

Finalist from Season 5 of BET's "Sunday Best" says timing is perfect to release his new EP, "The Right Time."