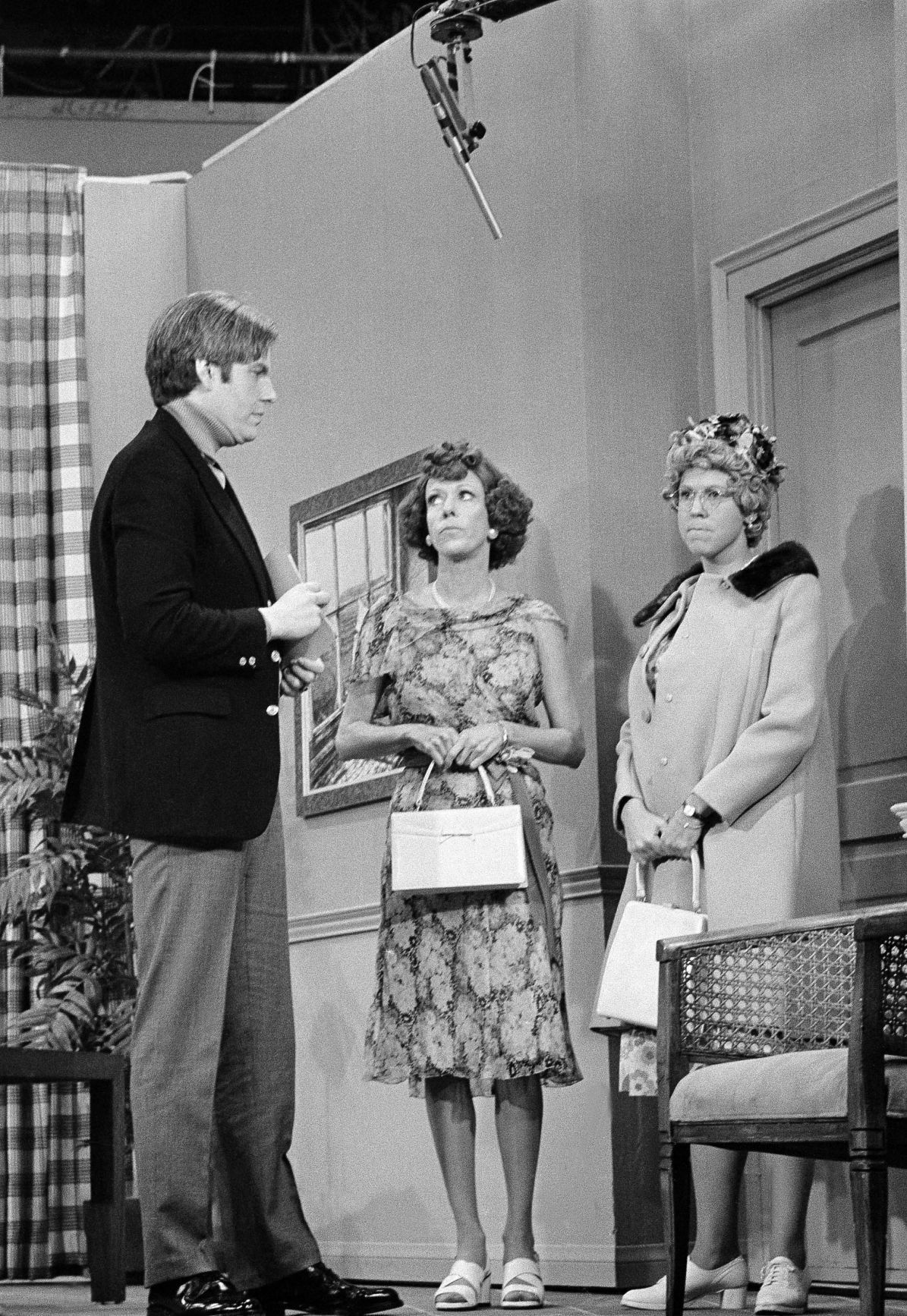 Carol Burnett (center) and Vicki Lawrence during taping of the final episode of "The Carol Burnett Show" in 1978.

Editor's note: This article, originally published Aug. 23, has been updated to reflect the show's multiple postponements.

Vicki Lawrence is packing her big purse and curly, gray wig to bring her famous Mama character to St. Louis.

Mama, who originated in a recurring sketch during the 1973-74 season of “The Carol Burnett Show,” spun off a sitcom of her own, “Mama’s Family,” in 1983. Lawrence starred as Thelma “Mama” Harper.

Though the sitcom ended in 1990, Mama’s popularity has endured.

“Vicki Lawrence and Mama: A Two-Woman Show,” at River City Casino, sold out long ago. It originally was scheduled for July but was postponed to August because of a family emergency. Then another postponement pushed the show to Oct. 10.

“When I put this show together, I knew everyone wanted to see Mama,” Lawrence says. “I know how much everyone loves Mama. Everybody has a Mama, and the Mama is the nuts and bolts of most families. She’s a no-nonsense old gal who shows up at Thanksgiving and says the most ridiculous things.”

She and her co-writer structured “Vicki Lawrence and Mama” as two distinct parts, beginning with Lawrence as herself.

“I said to my writing partner, ‘I need to be on before Mama, so I open for Mama,’” she says.

The first half of the show, she says, is autobiographical. But it’s not a question-and-answer format; she says Burnett’s own touring show has the lock on that.

But Lawrence says she has done Q&As in the past, and she has a good idea what her fans want to know about her — such as how she and Burnett met, and “how the hell did I have a one-hit record?” (“The Night the Lights Went Out in Georgia,” 1972.)

After the audience sees a reel of Mama outtakes, Lawrence reemerges as the surly matriarch for the show’s second half.

“She’s a crazy old lady stuck in this crazy world, and I let her comment on it,” Lawrence says, with topics ranging from same-sex marriage to President Donald Trump’s proposed border wall. “It pushes the envelope a bit. It’s my chance to be Chris Rock. When I said that to somebody, they got scared. I mean my version of Chris Rock — my chance to say everything I want to say but can’t say.

“She’s talking about everything and driving everybody crazy. It’s really fun to try to keep her topical talking about whatever pops up in the news. But the country is so crazy, I don’t know if I can write anything that crazy.”

The live show originated in 2002 in Las Vegas after a 2001 reunion of “The Carol Burnett Show” intensified interest in the series.

“The reception was so great for us after that,” Lawrence says. “Harvey (Korman, of ‘The Carol Burnett Show’ and ‘Mama’s Family’) said to me, ‘I’ve been telling you for years you need to put a show together and go on the road — do whatever you want to do, it’s yours.’ I guess it has to be the right time for me.”

Lawrence says she was never more nervous than she was on opening night of “Vicki Lawrence and Mama” in Las Vegas.

“I was the only person on that big ol’ stage, and it occurred to me, maybe everything I thought was funny wasn’t funny,” she says. But she walked into a room full of fans and walked out with new friends, she says.

The character of Mama was originally written for Burnett, but the star preferred the role of the much put-upon Eunice, one of Mama’s daughters.

“She thought Eunice was the part that spoke to her,” Lawrence says. “So Mama was another gift from Carol.”

Lawrence, now 70, was 24 when she started playing Mama. On “The Carol Burnett Show,” she often found herself playing older characters.

“If Carol was Shirley Temple, I was the mean old schoolmarm,” she recalls. “That’s the way it worked.”

“It was so much fun,” she says of the show, which only lasted one season. “I’m sad we’re not able to do it again. Disney bought Fox (which aired the show), and it was a changing of the guard. They wanted to do their own thing, and we went by the wayside.”

What “Vicki Lawrence and Mama: A Two-Woman Show” • When 7:30 p.m. Oct. 10 • Where Event Center at River City Casino, 777 River City Casino Boulevard • How much Sold out • More info ticketmaster.com

Vicki Lawrence and Mama are on for 7:30 p.m. Oct. 10 at the Event Center at River City Casino. The show had been postponed twice as Lawrence h…

The two-woman show Vicki Lawrence & Mama are returning to Event Center at River City Casino after a recently sold-out show. The new show i…

Carol Burnett (center) and Vicki Lawrence during taping of the final episode of "The Carol Burnett Show" in 1978.

Leslie Jordan and Vicki Lawrence in "The Cool Kids" 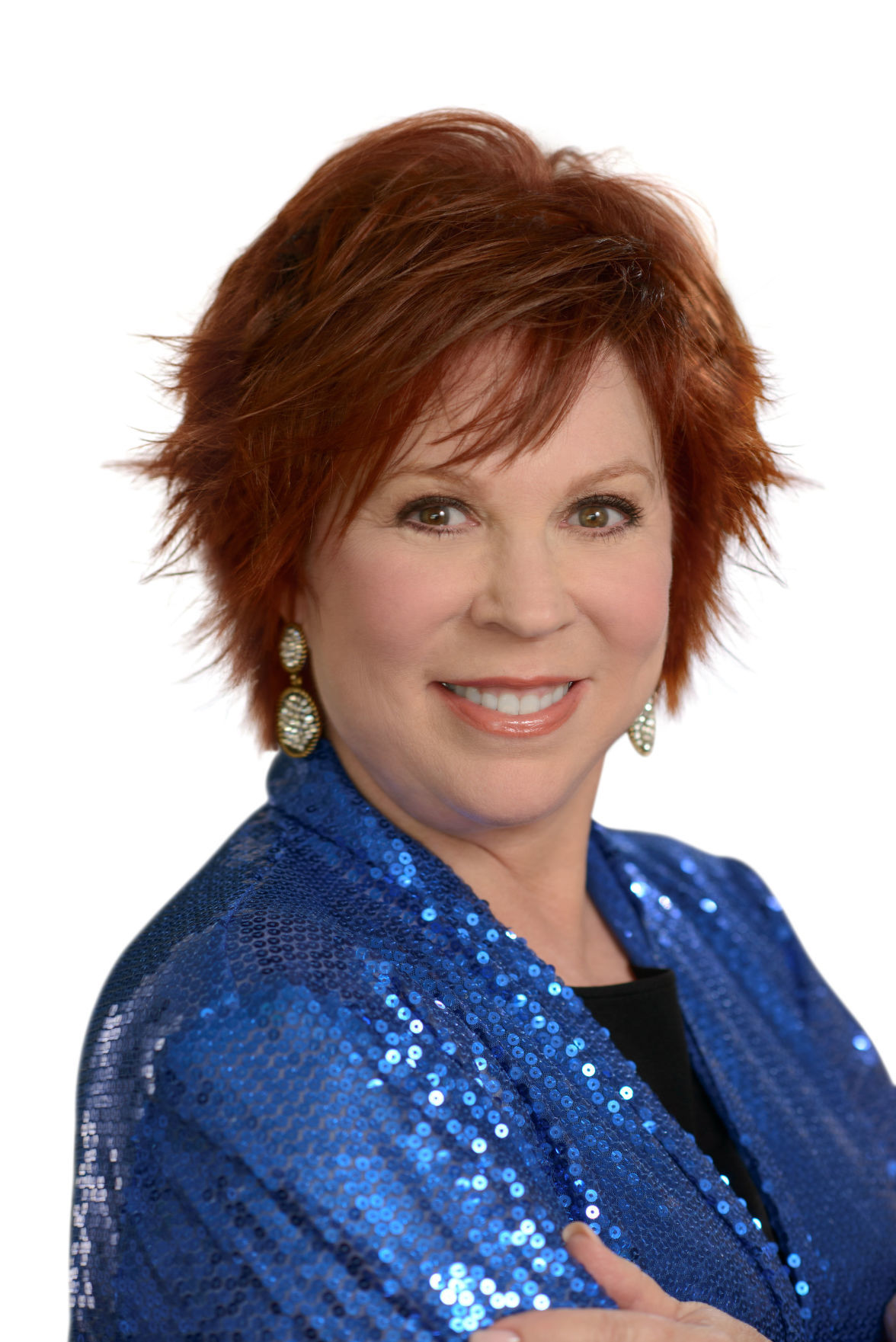