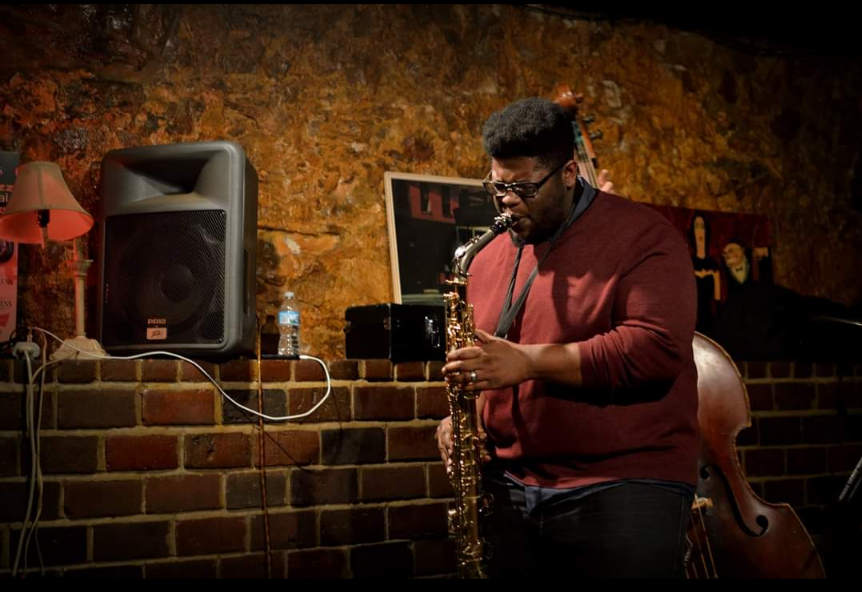 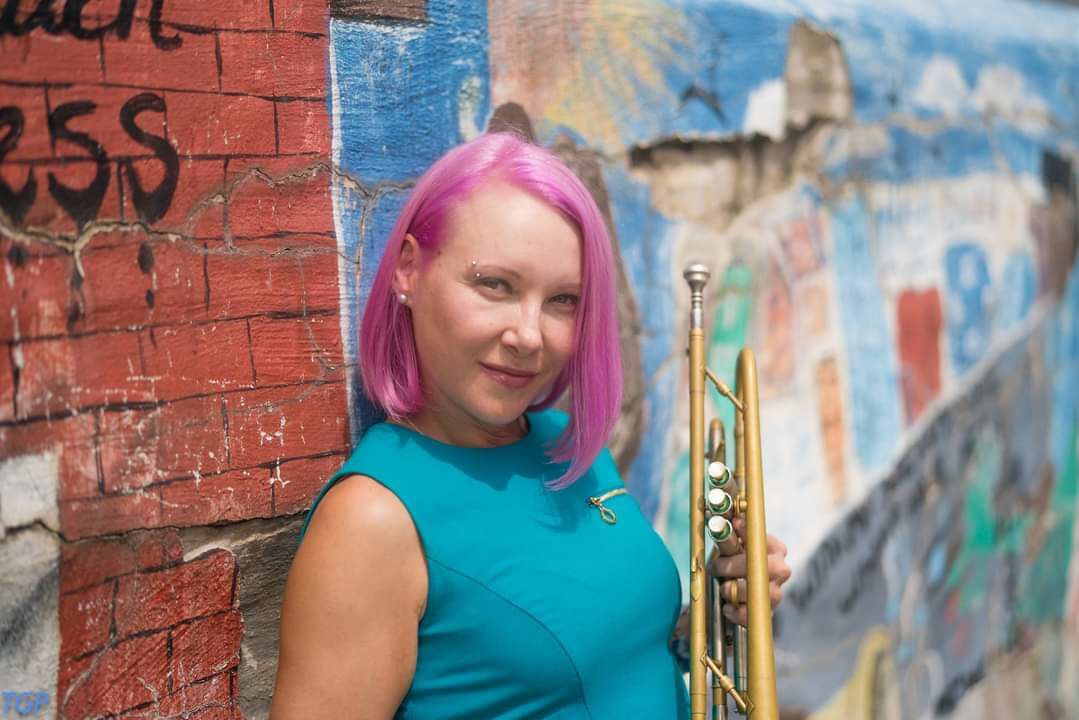 A dazzling array of St. Louis jazz artists will come together this weekend for the inaugural All-Star Jazz Fundraiser Festival, organized by saxophonist and educator Kendrick Smith. | The April 17 event, part of the Open Air Concert Series under a tent outside the Grandel, is broken into five sets of artists:

“This is a show that features some of the greatest musicians in the St. Louis metropolitan area in a setting you’ve never seen before and probably never will again,” Smith says.

Smith, a native of East St. Louis, planned which artists to assign to each set with the goal of producing unique sounds. A key example: placing vocalist Janet Evra with trumpeter Kasumi Taylor.

“They sound totally different, but when I put them together, you’re gonna get something I think is going to be beautiful in so many capacities,” Smith says.

It was no easy feat.

“I definitely wanted to make sure everyone fit and that I didn’t leave off anyone who deserved to be there,” he says. “It’s easy to pick your immediate circle you work with, but I didn’t want to make it about that. I wanted to make it totally objective.”

Because of the pandemic, the artists haven’t been able to rehearse together.

Smith says the local music community has needed an event like this, where performers can put aside differences.

“You’re seeing some people you would have never thought would work together,” he says. “People have a narrative that there can be cliques. We wanted to bring us closer together — as close as we can while social distanced.”

One local musician, bassist Darrell Mixon, will be presented with a special award at the festival. Smith says Mixon has always been a positive force in the music community.

“I’ve never heard him say anything negative,” Smith says. “He’s a supportive person. Sometimes we honor people when it’s too late. Give people their flowers while they’re still alive.”

Smith says the wheels began turning for the festival after jazz clubs across the country started closing, even before the pandemic. The event benefits Thurman’s in Shaw, the Cigar Inn and musicians affected by the pandemic. Smith says he performs at both venues, and they are struggling.

The Kranzberg Arts Foundation and the Dark Room provided the venue for the festival. Jazz St. Louis is donating to the artists.

The plan is for the festival to be an annual event, allowing artists who weren’t booked this time to have a shot later.

“There were some people I wish I could have gotten to fit in certain spots and couldn’t,” Smith says, pointing to artists such as Denise Thimes, Adaron “Pops” Jackson and Montez Coleman.

During the pandemic, Smith started the YouTube show “Jazz, Juice and Jam,” which is in its second season. The show has featured guest musicians including Russell Gunn and Greg Osby.

“When you’re a working musician working six days a week between teaching and playing, when it stops, you can only do so much,” Smith says. “But the creativity is still there.”

He has been playing saxophone since age 16 at venues such as Delmar Lounge, Riddles Penultimate with Ptah Williams and Spruills with Willie Akins.

“Seeing Ptah at 16 was mind-blowing,” Smith says. “During those times, YouTube wasn’t as poplar as it is now, so I wasn’t as privy to seeing performances like this. I was seeing it live and at a high level.”

Being able to perform in the presence of Akins — whom Smith calls his John Coltrane — was also memorable.

“Seeing that as a young, impressionable boy at 16 or 17, it may as well have been Coltrane,” he says. “He was a great player and a great teacher. He gave me my first handwritten jazz chart. He was one of those teachers that was instrumental in everything I’ve ever accomplished. And his philosophy was ‘Always bring your horn.’”

Smith also names saxophonist Hamiet Bluiett of the World Saxophone Quartet as being a key teacher, along with Reggie Thomas and Jason Swagler.

Smith currently tours with the Ronnie Burrage Holographic Principle, as well as with his own band, which he formed a decade ago.

“I’ve always been fortunate to play at different places,” he says. “It taught me a lot about leadership.”

Ambrosia hasn’t performed in over a year and returns to the stage for a show that fans will watch from small pod parking spaces.

The Factory, which will open as part of the first phase of the District, will be a two-level, indoor venue with 52,000 square feet of flexible space. It will hold between 2,350 and 3,000 concertgoers.

Thunderhead: The Rush Experience booked at the Pageant for two nights

The concert is part of the Pageant's The “Endeavor for Normalcy” Series.

This weekend, Rogers keeps his momentum going with a sold-out tribute to Usher at Blue Strawberry.

Trivium and In Flames are also on the bill. The show had previously been scheduled for dates in 2020 and earlier in 2021.

All tickets for the original dates are valid for the new date.

AJR had originally been scheduled to play in 2020, but the tour was canceled and the venue had yet to open, both because of the pandemic. 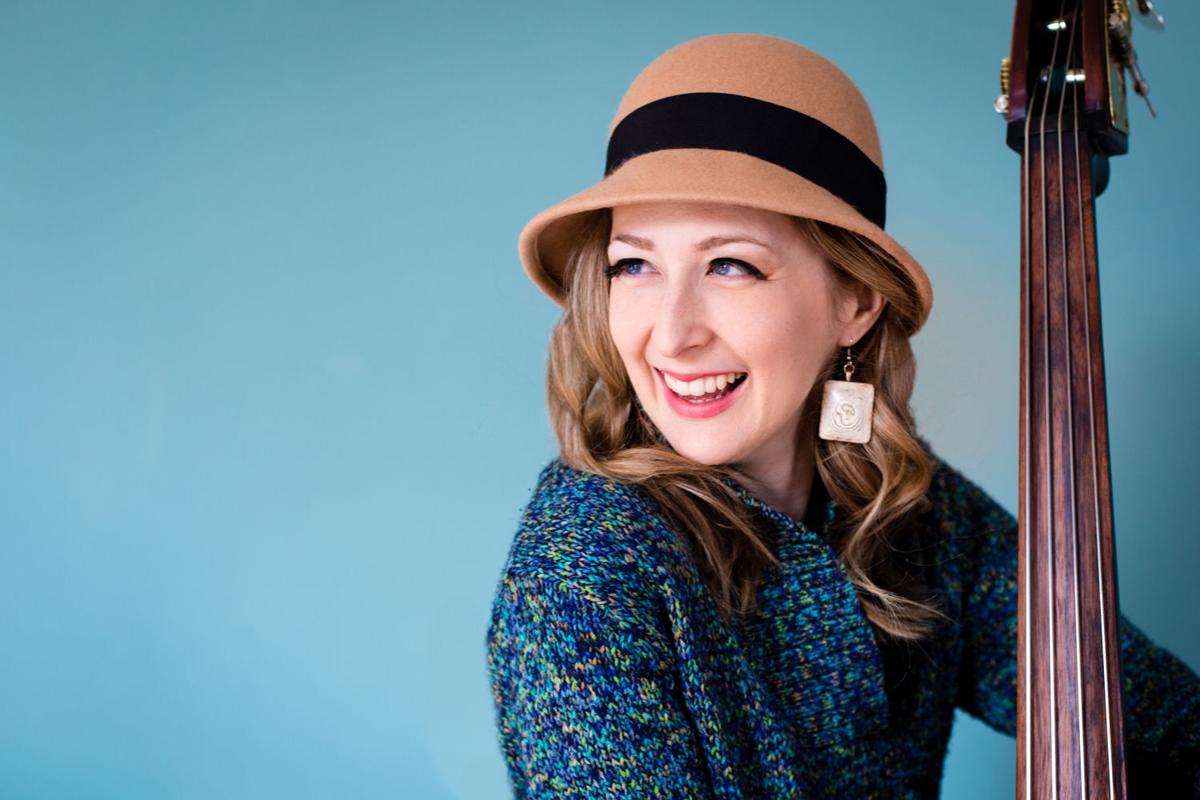 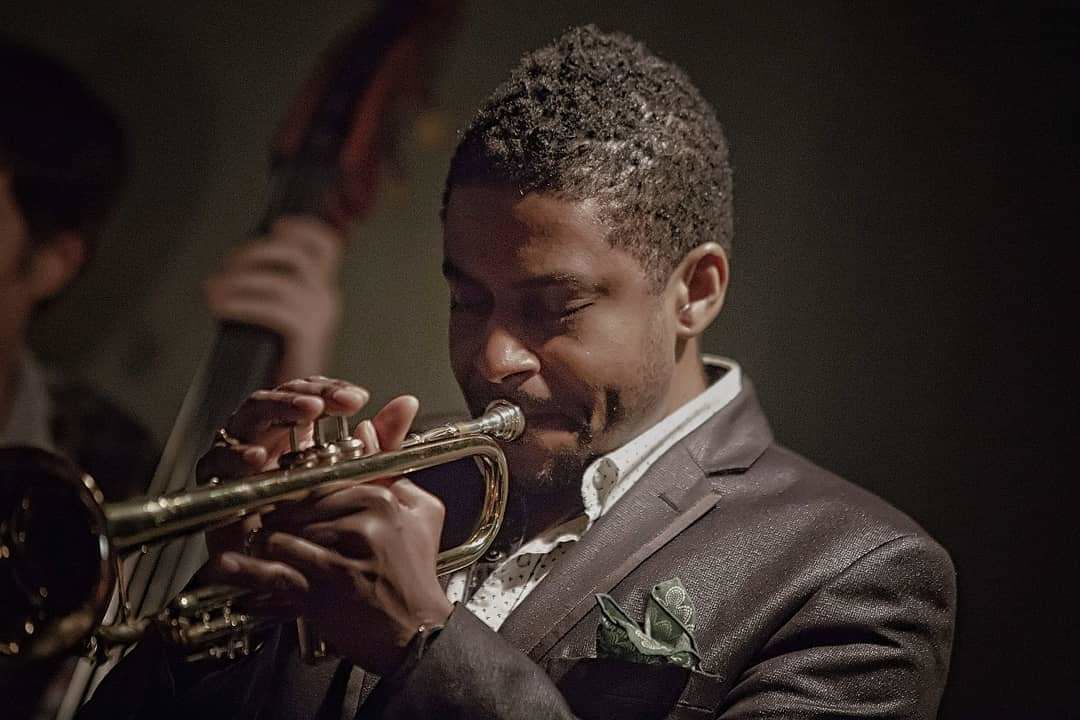