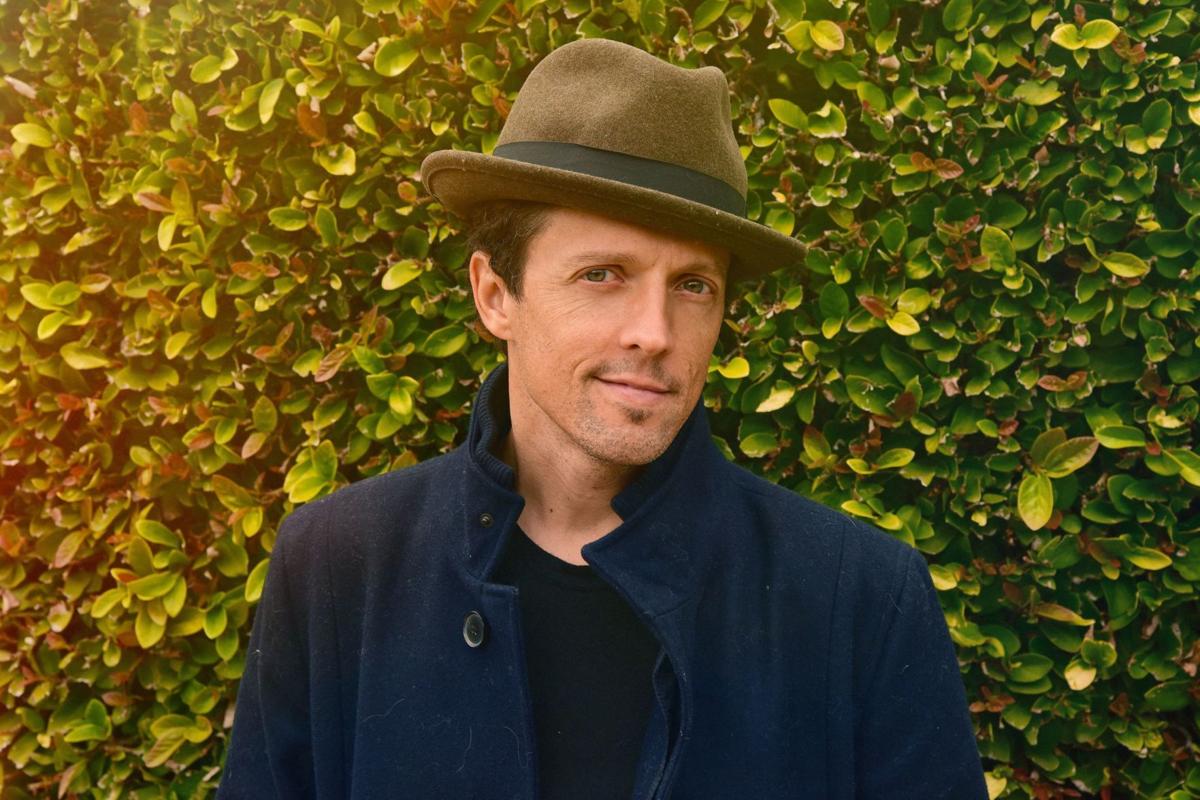 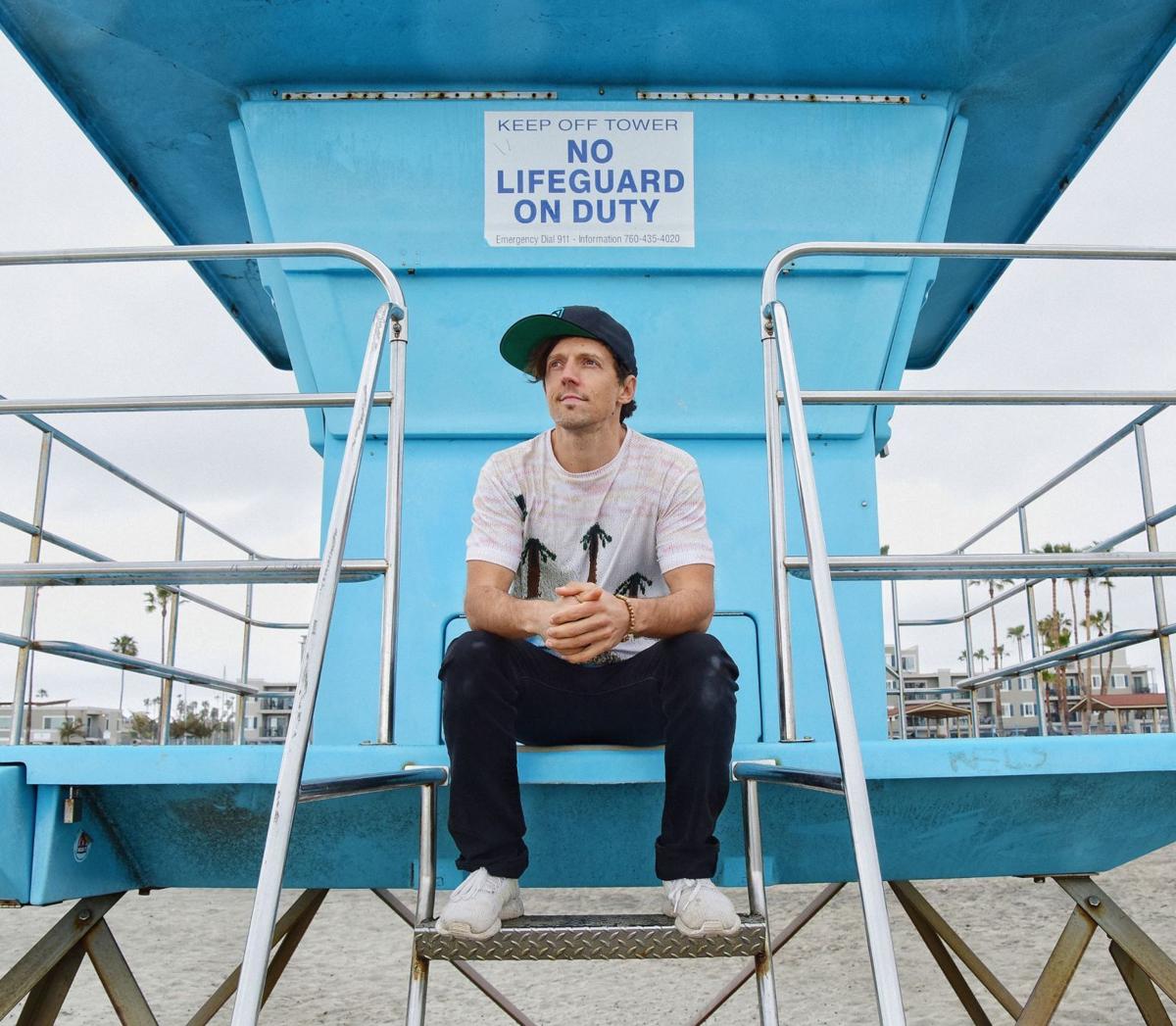 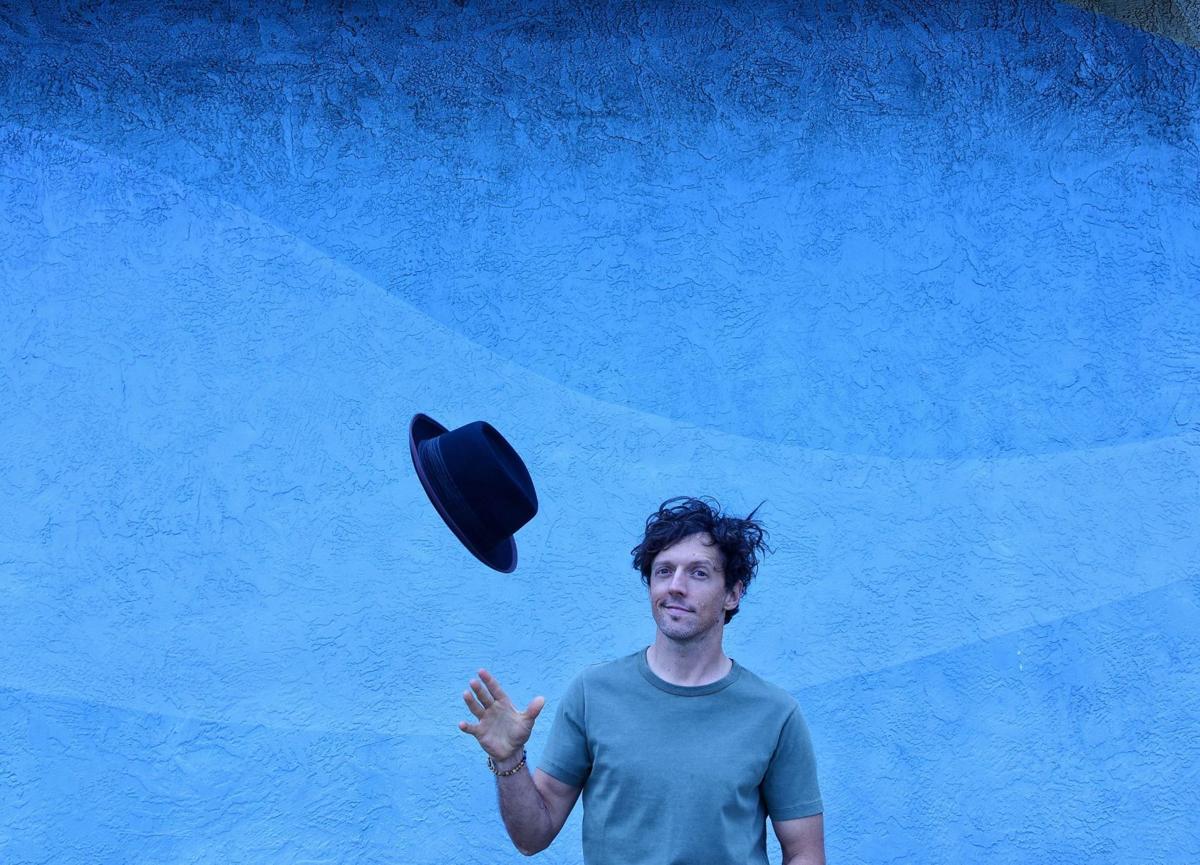 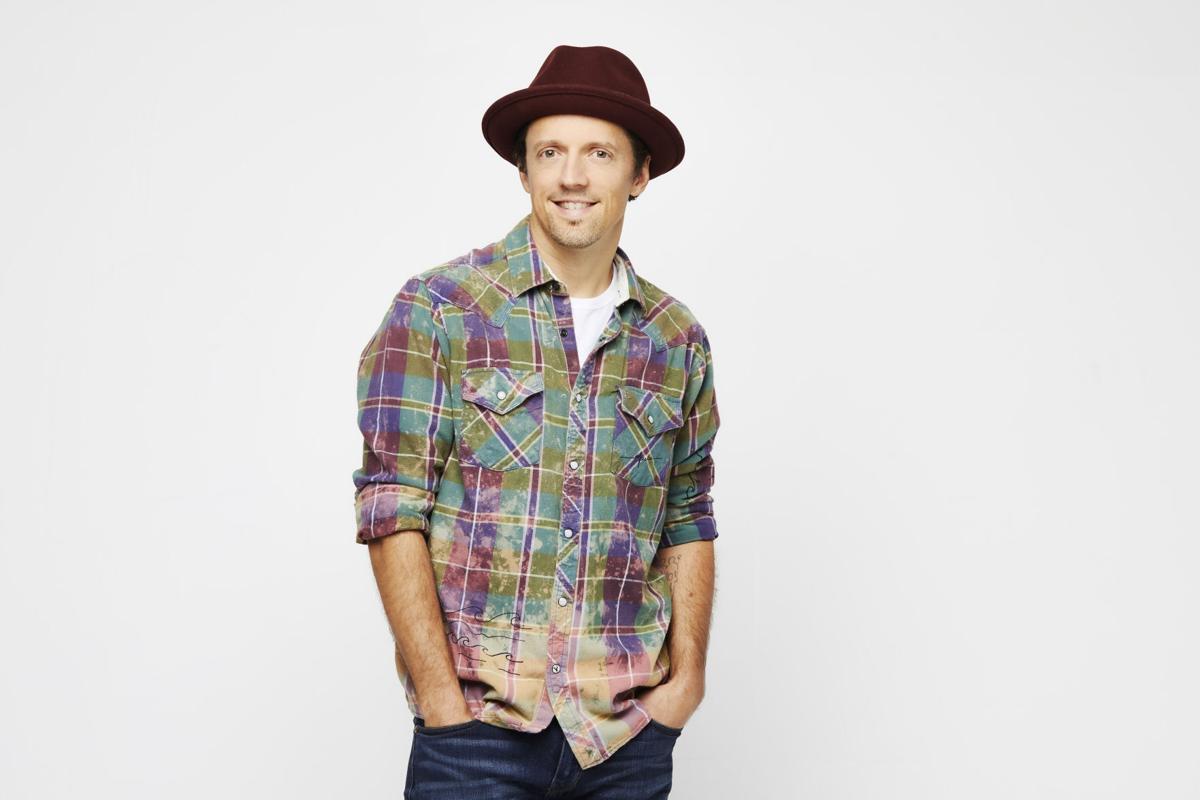 Pop singer Jason Mraz’s 2020 reggae plans went askew because of the pandemic, but he’s back in the groove with his new “Look for the Good Live!” tour.

The original plan was to take his new 13-piece ensemble on the road in support of “Look for the Good,” his 2020 album, but that couldn’t happen until now. The tour plays the new St. Louis Music Park on Aug. 4.

Mraz is especially gracious about being able to tour again. He wasn’t able to pivot into livestreaming like other artists and still present his new music correctly, so he waited it out.

“I was home alone trying to promote it, and I couldn’t convey the grooviness of the record by myself,” he says. “It was definitely inconvenient. But it was OK because the world had bigger things to attend to, and I said I’ll await my turn. I knew there were more pressing matters making way for more important activities, lessons and transformations, whatever it is.

“We certainly got a big education out of the last year and a half.”

Still, the “I’m Yours” singer says, “I wanted the album out there, so I still released it knowing someday I’d be able to play it, and by then, people would have had a chance to hear it and sing along. I’m hoping the record is considered the old stuff by now, and people know it.”

For “Look for the Good Live!,” Mraz is thrilled that he’s able to bring along so many musicians who also happen to be his best friends. It’s his biggest touring band ever.

“It’s a big, big sound leaning into reggae, and to do it right requires multiple keyboards, guitars and horns,” he says. “I didn’t wanna cut corners. I didn’t want to play to tracks. I didn’t want to have one person play three different parts. I get to bring these musicians out and reinvent myself, and my band gets to put this music out there — these big and super funky sounds.”

Mraz is looking forward to the music both sending fans into a frenzy and guiding them into a meditative state. His live show involves reggae renditions of some of his classic songs.

“I didn’t want to just change gears when I played the older songs and play them the old way,” he says. “I wanted to have the new band reinterpret the old songs to keep the whole night in that style.”

Mraz hopes the show will interest his fans in new reggae sounds. “That’s the hidden agenda in the show,” he says. “Maybe we can turn the audience on to reggae.”

His own interest in reggae was piqued by a tour he took of Bob Marley’s Jamaica estate in 2004. He’d been a fan of Marley since high school, and the trip gave him a better idea of how Marley and the Wailers band lived and worked together.

“I wanted to do something in that lifestyle,” he says. “I wanted to feed and house my band — take the right players and producers and go down that path.”

Mraz constructed a studio in his backyard, modeled after what he’d seen at the Marley estate.

Songs for “Look for the Good” were written in 2019 and reflect that, “in life, there will always be struggling and suffering,” Mraz says. “Everybody who makes music knows there is powerful medicine in that music and an awesome awakening in the music. For me, I get the opportunity to share my joy and have audiences meet me for that joy.”

The album was produced by Michael Goldwasser and includes a guest appearance by Tiffany Haddish on “You Do You.”

A new deluxe version of the album includes six more songs; three of them came together during the pandemic, and three are reimagined versions of old songs, including “Lucky” featuring Emily King.

Before the tour, Mraz was part of magician Justin Willman’s “Magic for Memories,” a virtual benefit event bringing awareness to Alzheimer’s disease. Willman, a St. Louis native, lost his mother, Sonja, to Alzheimer’s complications in 2020.

“I’ve been very lucky to know Justin for 15 years now,” Mraz says. “We’ve toured together as musician and magician. We’ve been friends, and I knew his mom and had a chance to meet his family.

“I’m there to help a friend out, and it was a very special event. Justin is a world-class magician and entertainer destined for greatness.”

Alanis Morissette is not supporting the documentary film about her life

Alanis Morissette is not supporting the documentary film about her life 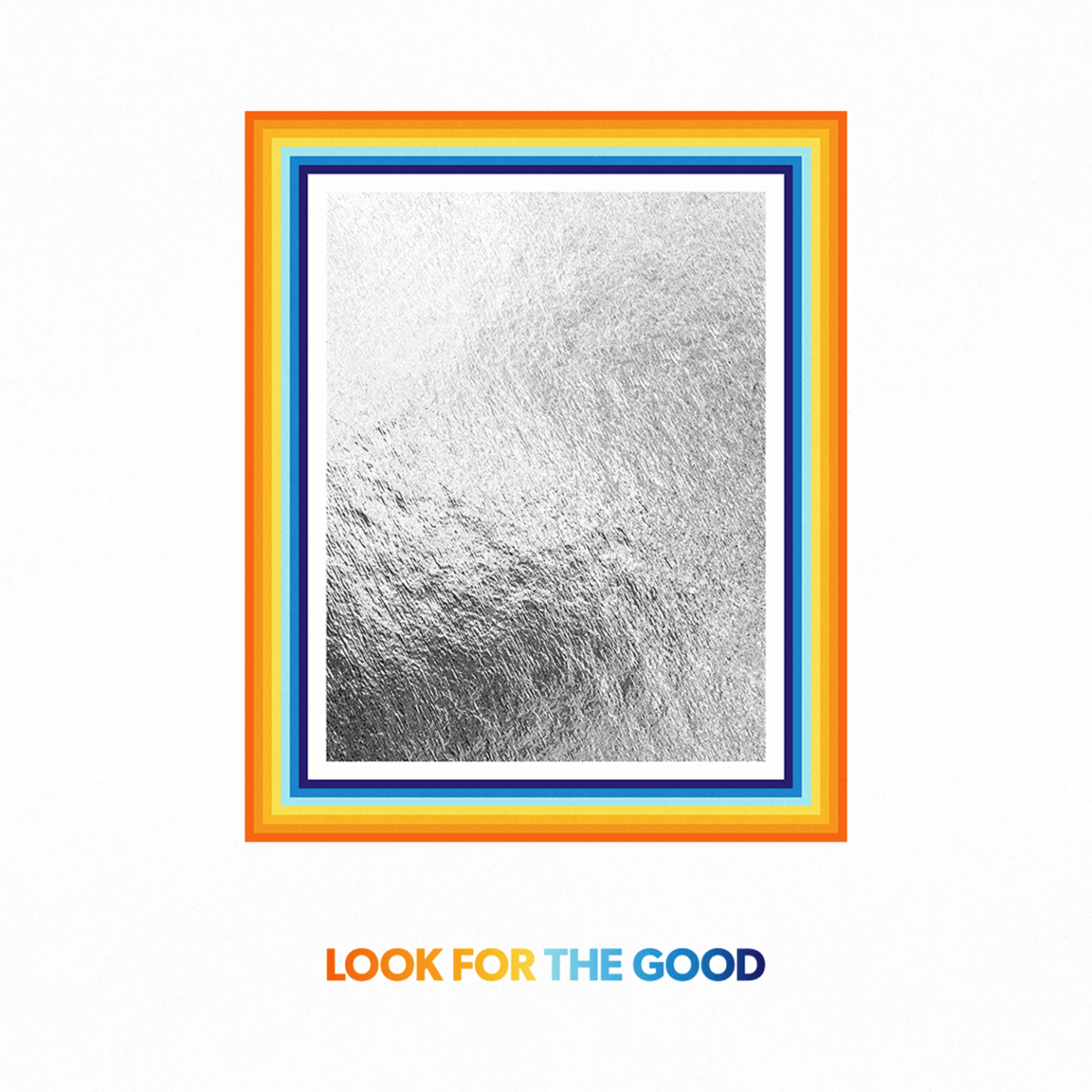 "Look for the Good" by Jason Mraz