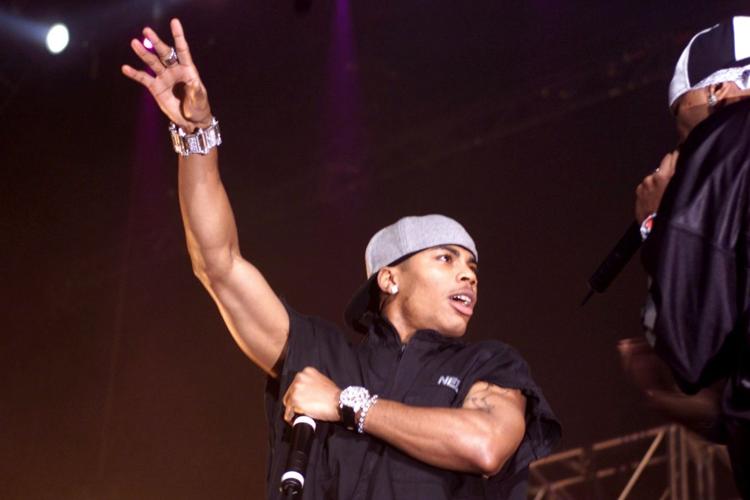 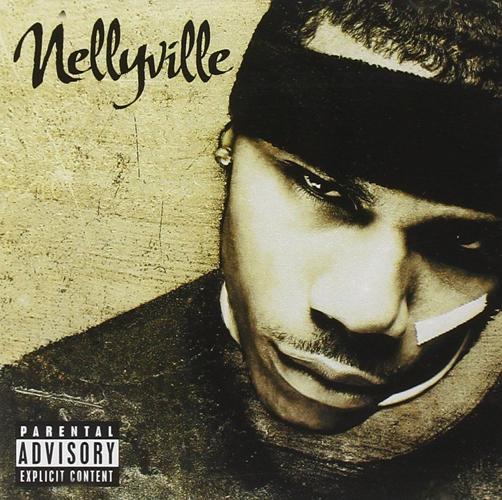 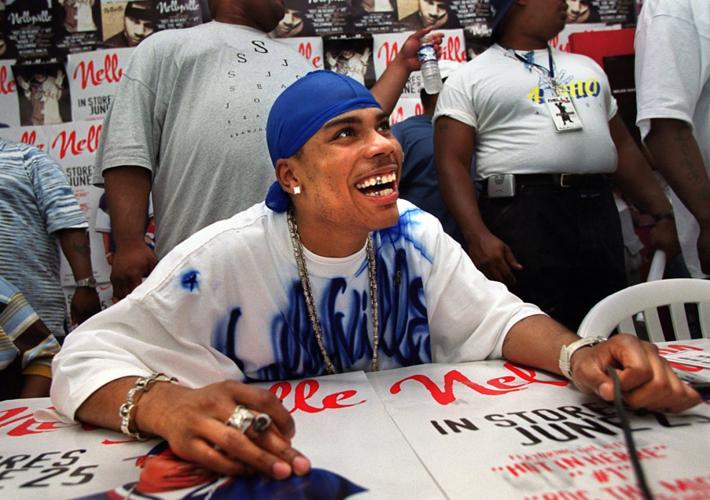 Nelly signs autographs July 3, 2002, for fans at Streetside Records in University City, where he was promoting "Nellyville."

It was June 2002, and a new St. Louis music superstar was holding court with journalists, friends, family and VIPs in the presidential suite at the Ritz-Carlton in Clayton.

The release of a second album by Nelly — aka Cornell Haynes Jr. — was imminent, and there wasn’t a person in the room who wasn’t pondering whether he could make lightning strike twice.

“Nellyville” would be the follow-up to “Country Grammar,” the rapper’s diamond-certified 2000 debut.

But of everyone present for that media event, it was Nelly who was most unbothered by it all.

Listen up: Introducing a new way to get the latest St. Louis music news

“I don’t trip off of it, but you always want to do well any time you get into anything you’re doing,” Nelly said at the time, not worried about a sophomore slump. “You want to be the best at it.”

If “Country Grammar” was the album to put Nelly on the map, “Nellyville” nearly took over the map. Released June 25, 2002, it earned his first Grammy Awards and sold more than 7 million copies.

While “Country Grammar” was a homegrown affair, Nelly took advantage of the resources that became available to him in making “Nellyville.” He recruited a number of high- profile outsiders, expanding the St. Louis hip-hop sound that he and his original collaborators had created.

First up from “Nellyville” was the infectious single “Hot in Herre,” one of the biggest summer songs ever. It was produced by the Neptunes, the hottest team in the biz at the time. It also incorporated the Chuck Brown classic “Bustin’ Loose” and boasted the immortal lyrics: “It’s gettin’ hot in herre (So hot) / So take off all your clothes.”

Again playing off an old classic, Nelly next dropped hip-hop ballad “Dilemma,” a right-on-time duet with Kelly Rowland that drew from R&B classic “Love, Need and Want You” by Patti LaBelle. “Dilemma” landed Nelly a second Grammy he shared with Rowland (best rap/sung performance). The song has racked up more than a billion views on YouTube.

“Hot in Herre” and “Dilemma” were just the beginning of the “Nellyville” era, as the album gave us songs such as “Air Force Ones”; “Pimp Juice”; a “Roc the Mic” remix with Beanie Sigel, Freeway, Murphy Lee and producer Just Blaze; and “Work It” with Justin Timberlake.

• And biggest of all, “Shake Ya Tailfeather,” a “Bad Boys II” soundtrack hit recorded in 2003 with Murphy Lee and P. Diddy, which landed a No. 1 song and another Grammy (best rap performance/duo or group).

With “Nellyville” and all that came with it, Nelly proved he was no fluke, perfectly setting himself up for his more conceptual “Sweat” and “Suit” albums in 2004.

Nelly burst through to the top with his breakthrough 2000 album, “Country Grammar,” but he was clearly only warming up.

For “Nellyville,” the St. Louis superstar pulled out all the stops, bringing in Justin Timberlake, Pharrell Williams, Kelly Rowland, Beanie Sigel, Freeway and Just Blaze. The blockbuster album stayed at the top of the charts with more than 7 million copies sold, thanks to songs including "Hot in Herre," "Dilemma," "Air Force Ones," "Pimp Juice" and "Roc the Mic" (remix).

Nelly also earned his first and second Grammy Awards for “Hot in Herre” and “Dilemma.”

Norah Jones, "Come Away With Me"

Coldplay, “A Rush of Blood to the Head”

Queens of the Stone Age, “Songs for the Deaf”

Jay-Z, “The Blueprint 2: The Gift and the Curse”

Volunteers Change the World – Join Us

20 years since Nelly's 'Country Grammar' and the explosion of St. Louis hip-hop

The St. Louis rapper's unlikely phenomenon of a debut album turns 20 on June 27.

Jason Reitman and Marlee Matlin join Oscars board of governors

Jason Reitman and Marlee Matlin join Oscars board of governors

'My Big Fat Greek Wedding 3' is in the works

'My Big Fat Greek Wedding 3' is in the works

Nelly signs autographs July 3, 2002, for fans at Streetside Records in University City, where he was promoting "Nellyville." 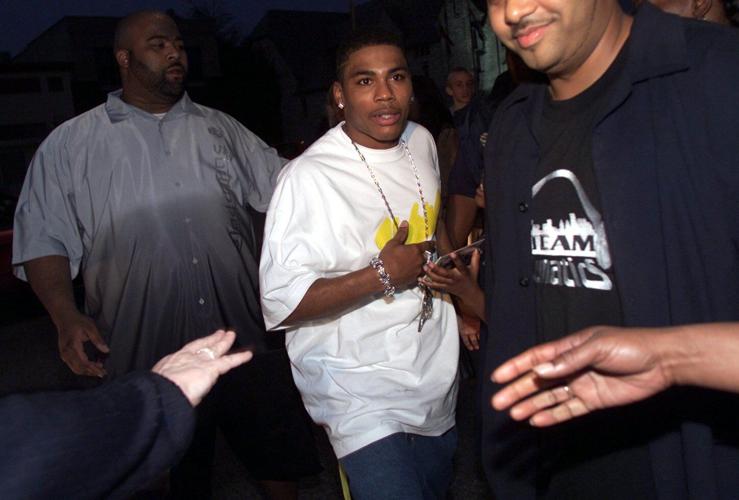 Nelly arrives Sept. 3, 2002, for the premiere of "Snipes" at the Esquire Theatre.