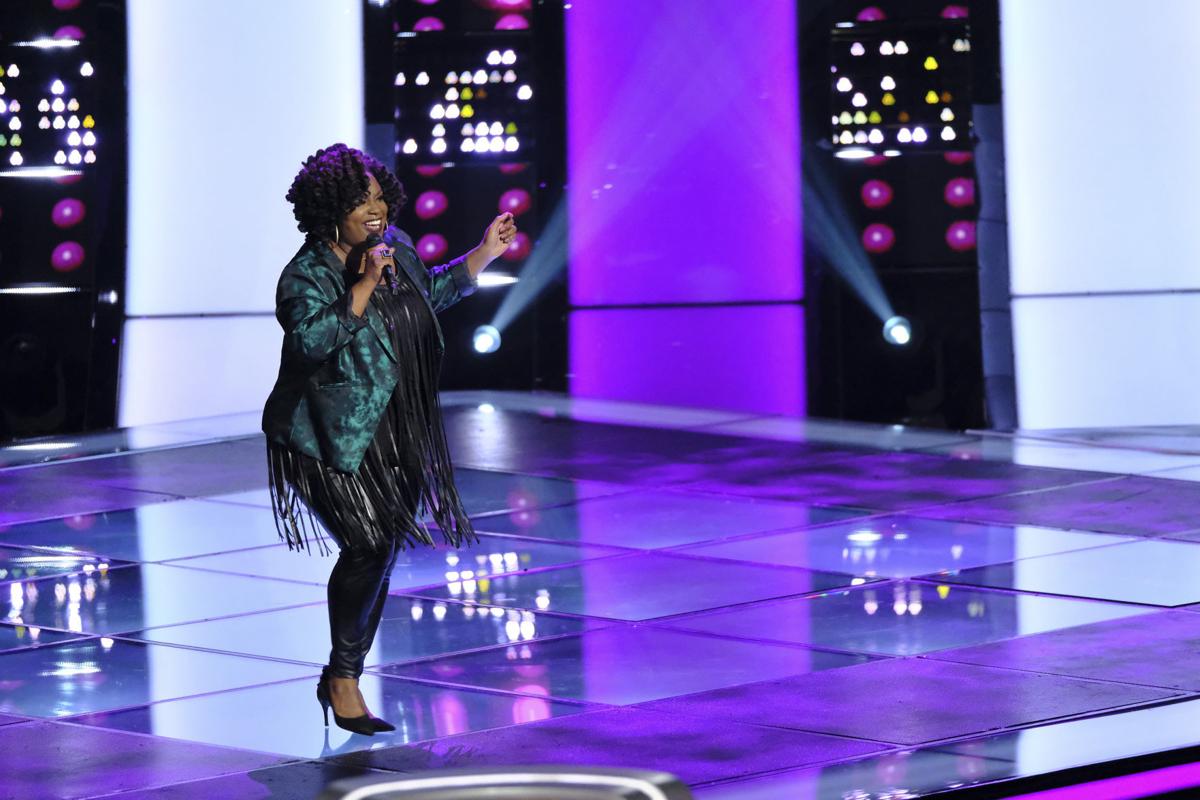 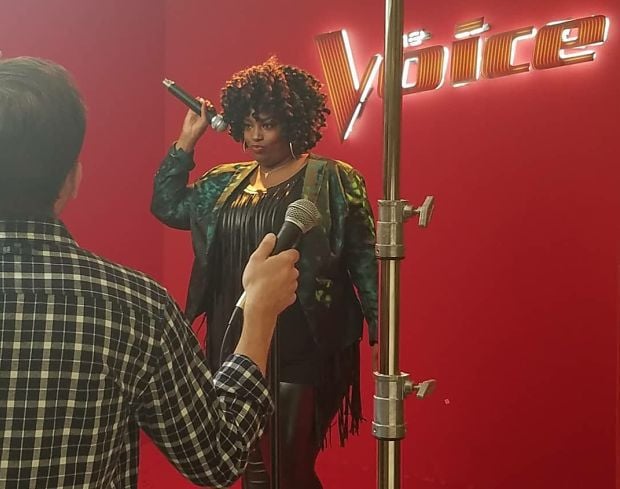 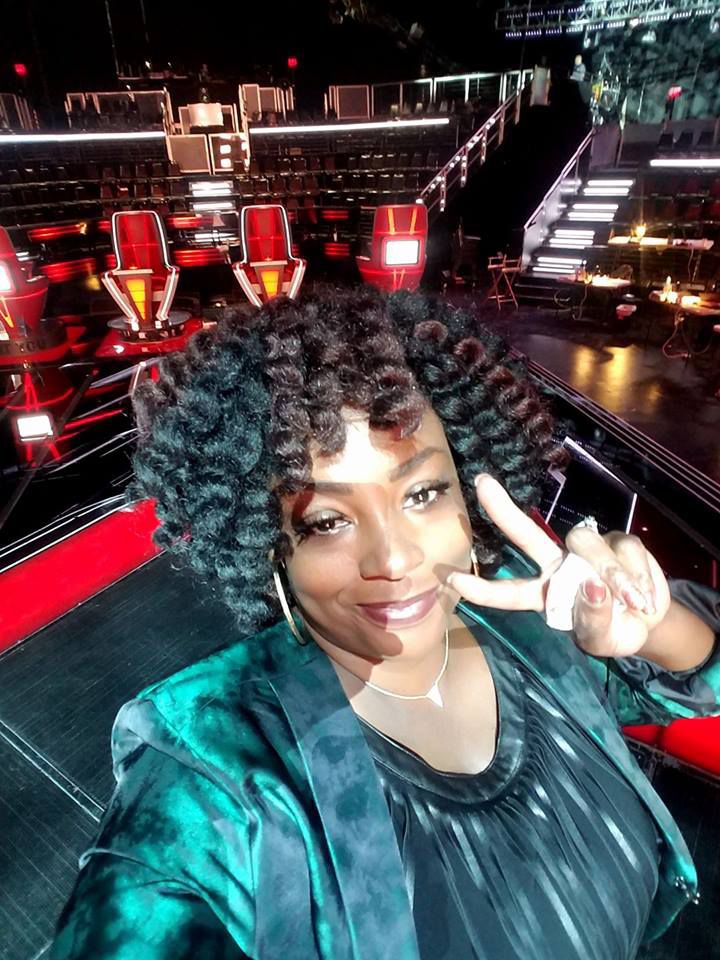 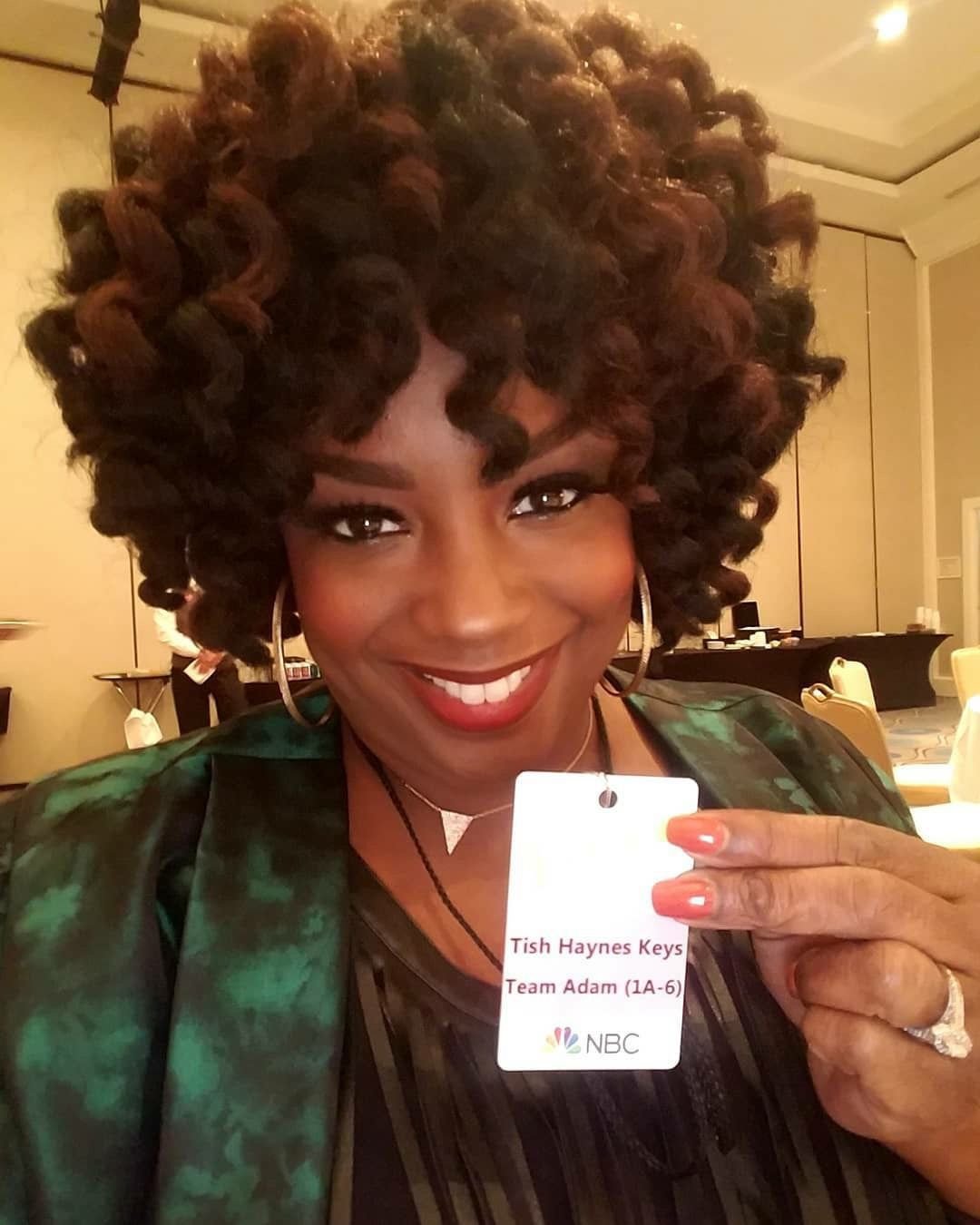 It has been a while since St. Louis has been represented on NBC’s “The Voice,” but Tish Haynes Keys is changing that.

Haynes Keys made her “Voice” debut Monday night when coaches Adam Levine and Kelly Clarkson spun their chairs around for her. (Coaches Alicia Keys and Blake Shelton loved her but not enough to hit their buzzers.)

Landing on Levine’s team has the longtime singer floating on air.

“I can’t believe this is me,” she says. “This is really amazing. Right now I’m on such a high, and I never want to come down from it.”

Haynes Keys, 38, lives in St. Ann and sings with the band One Band One Sound.

“I know it’s gonna end one of these days, but I’m just enjoying the ride,” she says.

It’s a ride she says she hadn’t actively pursued.

Her journey with “The Voice” started in 2017 when she was fast-tracked for an audition. After other tryouts that went nowhere, including one for BET’s gospel competition “Sunday Best,” she didn’t plan to audition for “The Voice.” She also placed second at “Showtime at the Apollo” in 2007.

But when offered a private audition that didn’t involve standing in lines — as many did last summer when “The Voice” auditions took place at Busch Stadium — she found that hard to resist.

“I didn’t think it would go this far,” Haynes Keys says. “But getting close to victory only for it to be snatched from me, that’s always my story, so I thought it would be the same story again. I figured I’d get there and wouldn’t get a chair to turn. I went in there with so much doubt.”

Haynes Keys belted out Aretha Franklin’s “Chain of Fools,” selected by the show from a list of 20 songs.

“When they chose that, I was happy,” she says. “It was something I was very comfortable with. I can sing it in my sleep.”

She sang Franklin’s tunes all the time earlier in her career, but she still rehearsed to make sure she was on her A-game.

After nailing the song on TV, she admits, “I was hoping (Aretha) would tweet me. Maybe she was asleep.”

Forced to choose between Levine and Clarkson, Haynes Keys told Clarkson how moved she was watching her climb to the top during the first season of “American Idol.” Clarkson extended an open invitation to tour with her, no matter what happens on the show.

“I bawled my eyes out,” Haynes Keys says. “I couldn’t believe Kelly Clarkson said I can tour with her. I’m going to hold her to that. I’m super-excited. It was so humbling. I just cried.”

But then Haynes Keys threw a twist into the situation and chose Levine as her coach. She says it was a strategic move, motivated by the coaches’ words about her performance.

“It was a gut decision,” she says. “They don’t give you a lot of time to decide. I love me some Kelly. She can do no wrong in my book. She said, ‘I’ll let you fly high,’ do what I want to do. I already know how to do that. But Adam wants to show the versatility in my voice.

“I want to be able to change it up so people just don’t think I’m a church singer. I can give you jazz, or a ballad that’s soft and sweet. I felt like Adam would give me a challenge. To get through on ‘The Voice,’ you really have to be able to show that versatility.”

Haynes Keys got the whole “Voice” treatment, including an interview in which she talked about a difficult childhood, getting pregnant at 14 and being a preacher’s kid.

“When you have a church background, people expect you to be a saint. I don’t live up to that. But I have a calling. I know I’m supposed to sing,” says the University City native, whose daughter, Ashlynn Haynes, is 22. “I still graduated in time and did what I was supposed to do.”

Now that the show’s blind auditions are over, the battle rounds begin Monday, followed by the knockout rounds, then the live rounds. Hopefully, Haynes Keys’ journey will include those live rounds, the last step before the finale.

“Know that every time I open my mouth, I’m trying to give the best Tish and give my all.”

What “The Voice” • When 7 p.m. Monday and Tuesday • Where NBC • More info nbc.com/thevoice

St. Louis’ Tish Haynes Keys was eliminated from coach Adam Levine’s team on “The Voice” Monday night, but was swiftly picked up by coach Kelly…