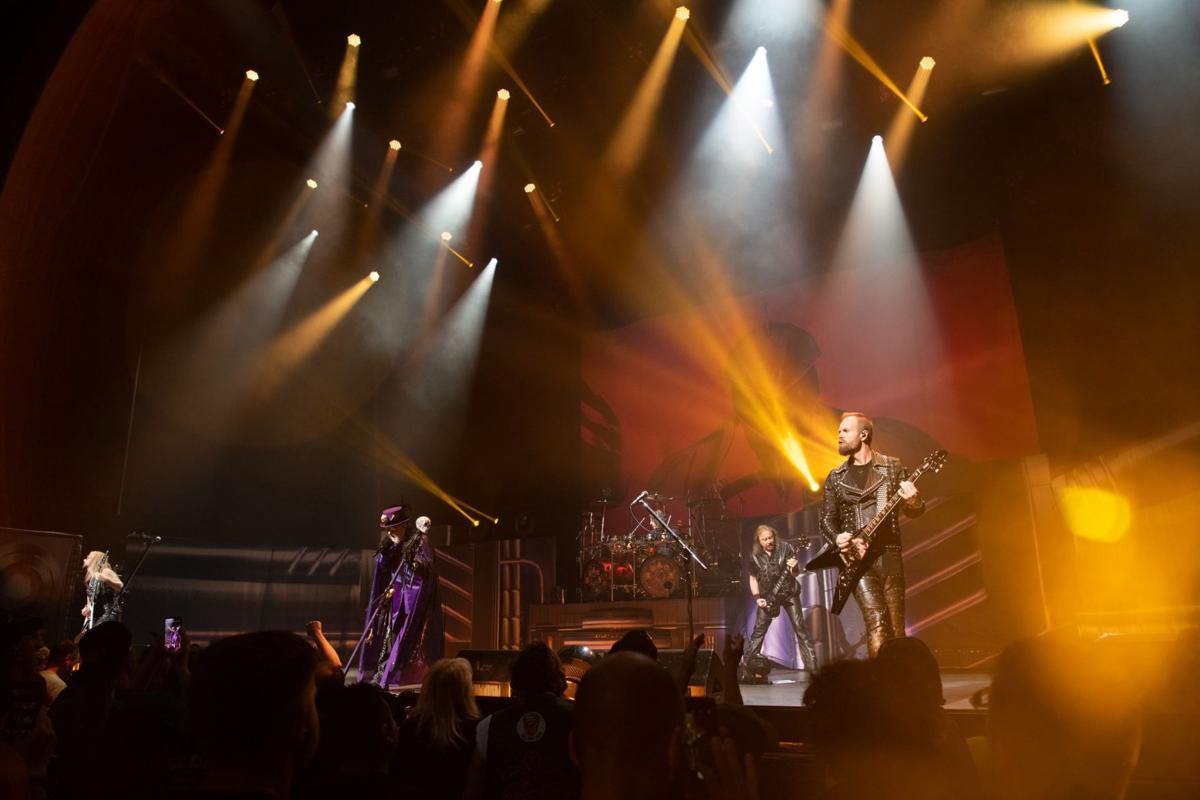 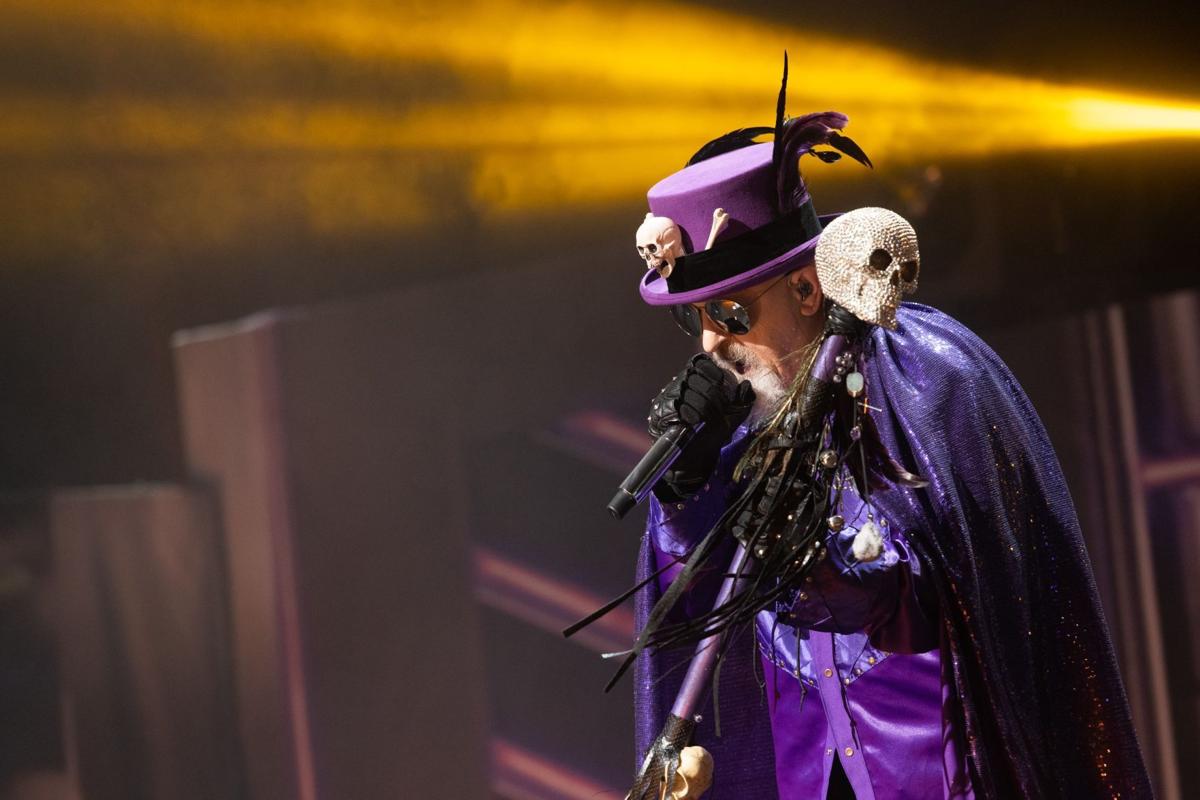 Guitarist Richie Faulkner says the tour celebrates the band’s history, its music, and its influence on music and on heavy metal.

“Half a century — that’s pretty nutty,” he says. “Fifty years — fans have been giving the band that lifeblood for 50 years.”

Faulkner, formerly of Dirty Deeds, replaced original player K.K. Downing and has been with Judas Priest for only a decade.

“I’m honored to be here,” he says. “Those guys are really the forefathers of the heavy metal sound.”

He promises the set list will represent all 50 years — “the old, the new, the obscure, the party songs and all the deep cuts. It’s all the stuff (that), if an alien came down and (asked), ‘What’s this Judas Priest we’ve been hearing about?,’ we could just play the set and that’s it.”

Judas Priest is known for hits including “Breaking the Law,” “Living After Midnight,” “Heading Out to the Highway,” “Turbo Lover” and “You Got Another Thing Coming.”

There’s also music from the band’s latest album, “Firepower.” But since it’s an anniversary show, Faulkner points out, some songs must be included, and the band can’t get too obscure.

The show will be heavy on special effects and likely will involve fire — lots of fire — as well as a particular inflatable.

Touring during a pandemic is like “walking a tightrope,” Faulkner says. “You can fall off at any time. We’re running a tight ship. There are parameters we stick by. We have procedures in place. Some bands have had to cancel or suspend their tours. We’re seeing what other bands are doing and being careful — doing what we can to protect people around us.”

With a handful of shows already under their belts, Faulkner says, the tour is going well, and the musicians are happy to be back onstage.

“For us, as a touring band, the uncertainty, it was everyone’s livelihood,” he says. “And to get back and play for the first time, you can imagine that uncertainty diminishing.”

He says the return to the road has been emotional, and the band is hopeful that the return to concerts continues in the right direction.

“We’ve spoken to fans, and they’re happy to get back to experiencing live music again,” he says. “You can see it on their faces and feel the energy in the room.”

Judas Priest got its start in 1970 in Birmingham, England — the birthplace of heavy metal. Long before joining the band in 2011, Faulkner played in cover bands around London and says playing music by Judas Priest, Iron Maiden and Def Leppard was a part of life for gigging musicians at the time.

“I played it around London five times a week,” Faulkner says. “I knew what the music meant to people and to the culture. I knew the legacy long before me. I knew how important it was.”

When the opportunity came to join Judas Priest, replacing K.K. Downing, Faulkner says: “I grabbed it by the horns.”

He had been recommended for the band by someone on the production crew. Faulkner initially had deleted management’s emails to him, but they eventually connected.

“They discussed what they wanted, and I discussed what I wanted,” he says. “It was fantastic to meet them and see how they work and how they are as people. It was an education for me.”

Faulkner made his live debut on the Season 10 finale of “American Idol,” performing “Breaking the Law” and “Living After Midnight” with finalist James Durbin.

“That was not something you’d expect,” he says of the band’s appearance on the show. “It was surreal for me. It was the same time I got the audition and joined the band. ... It was a situation where I was just watching the show a week prior.”

He says the band has always been about “flying the flag for British heavy metal around the world. We saw it as a perfect opportunity. Thirty million U.S. households. There’s no better flying the flag.”

And Faulkner has been helping the band fly that flag ever since.

“I love to play guitar,” he says. “I play guitar when I first wake up in the morning. I love playing it loud and making people happy.”

The Art of Darkness a juried art exhibit

Taking Account(s): Witnessing as an Act of Care Workshop 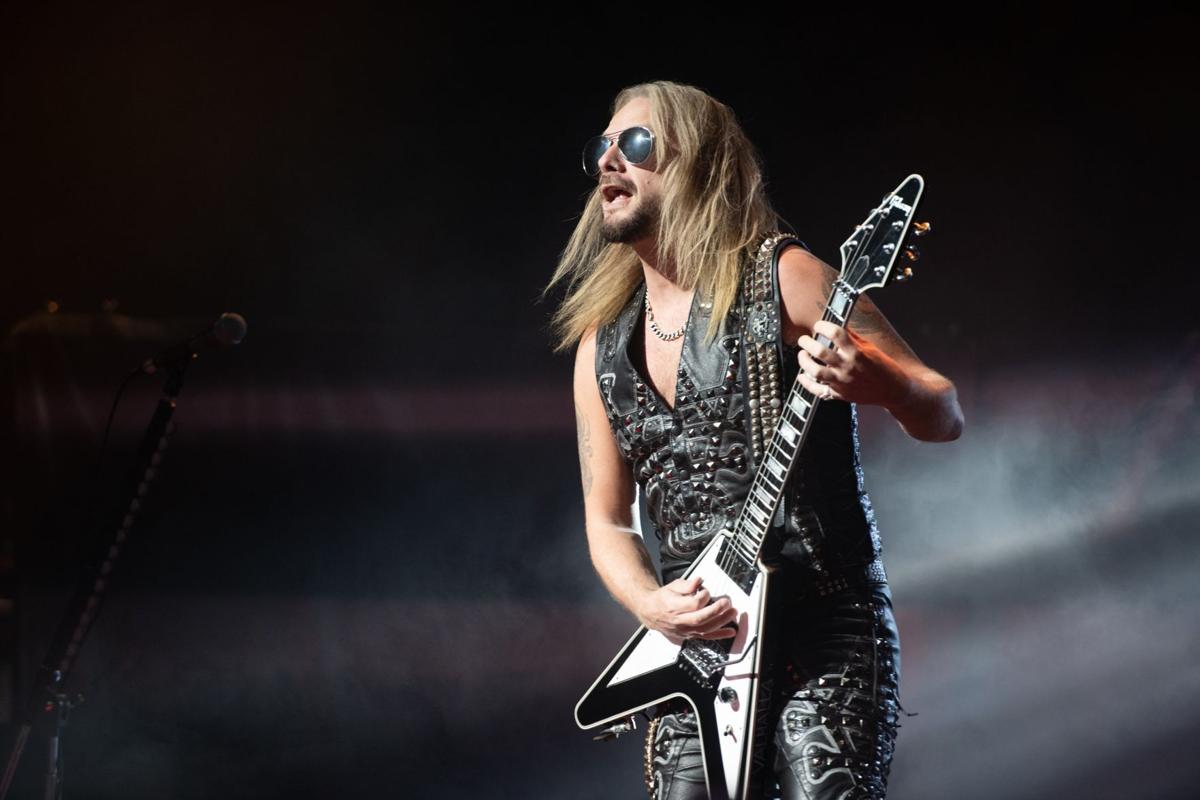 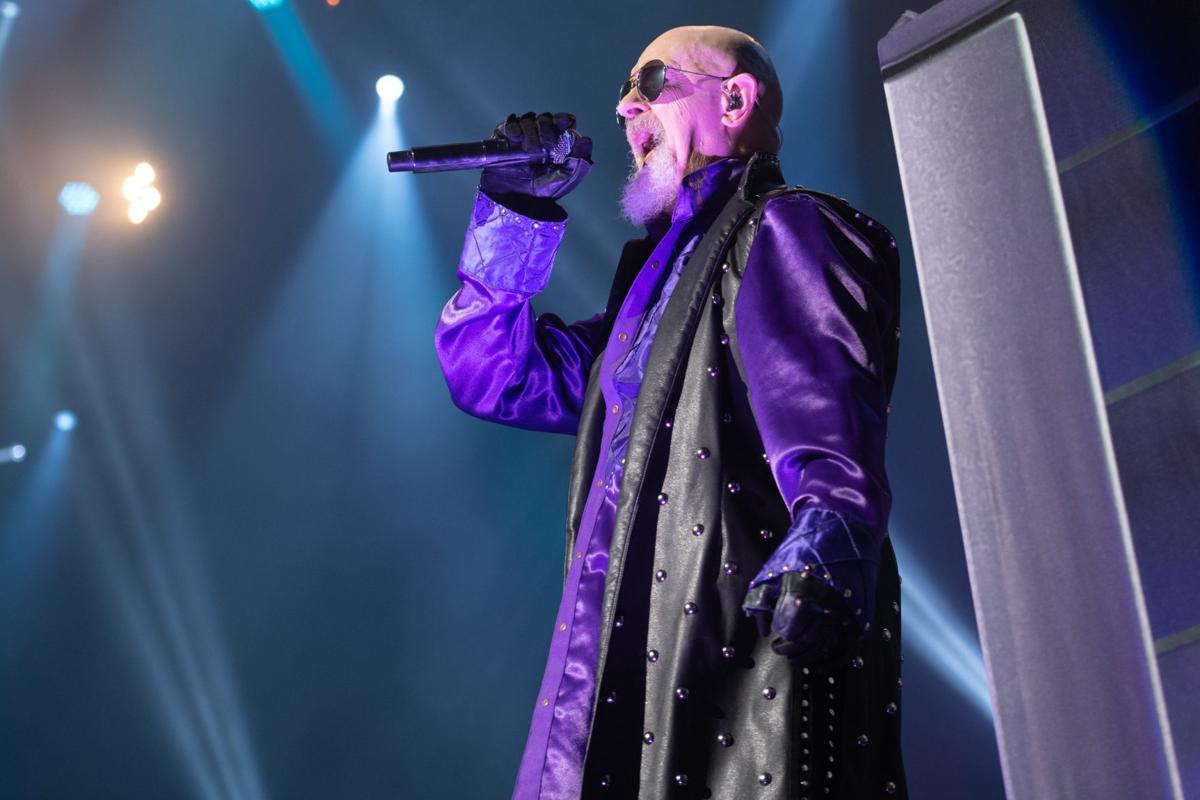