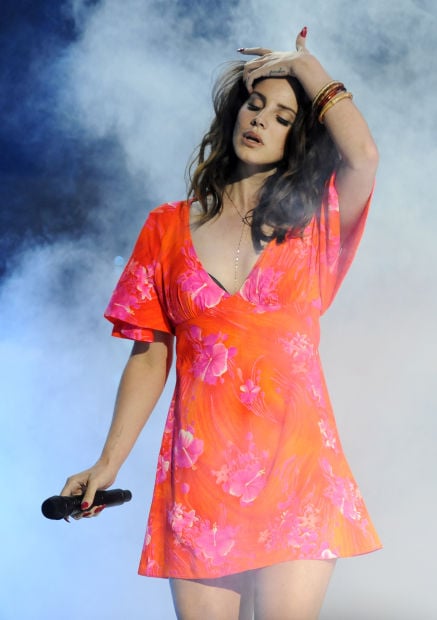 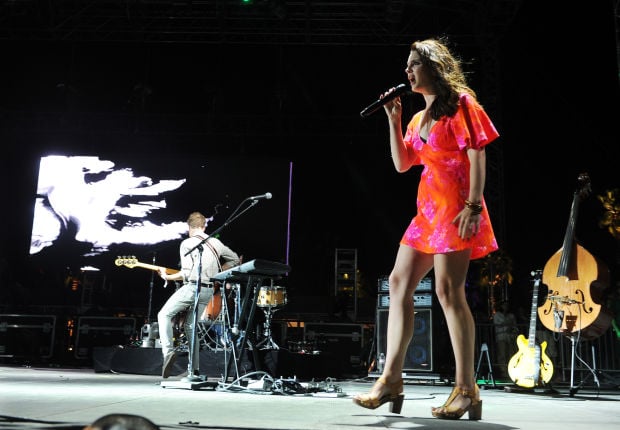 Three years after “Video Games” took the Internet by storm, it’s still impossible to pin down Lana Del Rey. All of the hand-wringing about her authenticity — or lack thereof — and feminist/post-feminist/anti-feminist lyrics and just, exactly, how self-aware she is has created a head-spinning mush that’s only made her more elusive. In the process, Del Rey’s become one of our most fascinating pop stars, a celebrity who embodies the merciless meat-grinder that is Internet-comment culture.

Emerging as a self-made mystery, she was dissected by scandal-hungry bloggers aghast at the notion that Del Rey had reinvented herself after failing to make waves under her birth name (Lizzy Grant). Never mind that pop stars are, by definition, exercises in manufactured identities, Del Rey was a cheater, buying her way to the top with soulless corporate stooges.

The problem was that she didn’t fit comfortably into either the indie or pop universes, creating a tension between her artistic and commercial impulses. Here was someone packaged for stardom whose down tempo dirges contrasted sharply with the peppy dance-floor anthems dominating the charts, who filtered white-trash trailer park culture through glitzy LA glamour, polarizing music fans of all stripes.

But until now, the controversy was more compelling than her music, which was torn to shreds post-“Video Games.”

Not that it deserved to be trashed. Admirably aspiring to produce something truly strange in a pop industry that’s anything but, Del Rey was certainly a singular creation. Take a persona that recalled the femme fatales of '50s noir films and an aesthetic that mixed mid 20th-century Tin Pan Alley pop, Broadway show tunes and 21st century hip-hop, and add a generous dollop of martyrdom and a pinch of Lynchian surrealism for good measure, and, voila, you had one of pop’s most ambitious and promising new voices.

But over the course of a full-length LP (2012’s “Born to Die”) and EP (“Paradise” — also released in 2012), she couldn’t quite stick the landing. Sure, there were moments that hinted at her vast potential (the punchy, albeit autumnal death march of “Summertime Sadness”), but there was a ham-fisted stiffness to the way her pouty lounge-singer routine did battle with anvil-heavy orchestration.

Though she sought to provoke with tales of women dependent on scuzzy hedonists, her clunky prose and tendency towards vague generalities didn’t do her any favors. When she sang of a lover who’s “got a soul as sweet as blood red jam,” and “loves me with every beat of his cocaine heart” on “Off to the Races,” the impulse was to groan rather than gasp. The spiritually-devoid debauchery at the core of “Born to Die” could have wrought a devastating portrait of physical excess as a salve for emotional malnourishment, but alas, Del Rey was content to substitute sleazy pulp banter for insight.

In short, “Born to Die” was a synthetic, Barbie-doll facsimile of the bone-chilling magic she’s just now beginning to conjure, too enamored of its own strained attempts at beauty to produce anything remotely human.

Much has changed in the past two years. For one, she enlisted the Black Keys’ Dan Auerbach to produce eight of the 11 tracks on her new album, “Ultraviolence.” He hones in on the mystery at Del Rey’s core, laying down open-ended guitar licks that suggest more than declare. Where the long list of producers on “Born to Die” suffocated Del Rey with an imposing army of strings, Auerbach strips things down, allowing her room to breathe.

She uses that extra sonic space to tap into a narcotic transcendence only hinted at on “Born to Die” and “Paradise,” creating a darkly alluring piece of sonic noir, all smoke and shadows and muscle cars. Instinctive where she was previously fussy, “Ultraviolence” does away the clutter and awkward affectations that held down “Born to Die,” opting for atmosphere over bombast.

And what an alluring atmosphere it is. “Ultraviolence” is the kind of album you return to not to make sense of its mysteries, but to remain in their thrall. This is the sound of an artist finally feeling comfortable in her own skin, content to simmer where she once strained. Del Rey’s voice is an evocative instrument, but not in the soaring, power-anthem way Beyonce’s is; Del Rey’s voice is one of understated cool, of texture.

Nowhere is this more apparent than on “West Coast,” which finds Auerbach’s guitars trading plinks and plunks while a faintly metallic echo moves in and out of focus. And then the bottom drops out and the song melts into a shuddering ecstasy, in which Del Rey’s voice is layered and shrouded in mist, daring you not to fall under its spell. It’s a strong contender for her best song to date, but it’s not without competition.

The entire first half of “Ultraviolence” finds Del Rey in exceptional form, each song complementing and building upon the last. From the spaghetti Western expanse of “Cruel World” to the Bond-theme swagger of “Shades of Cool” and the theremin-tinged bass rumbles of “Brooklyn Baby,” each track makes its case for the title of Del Rey’s finest.

But “Ultraviolence” is not without its problems. The extent of Auerbach’s influence becomes clear on the album’s back end, which finds Del Rey slipping into some of her bad habits when he’s away from the boards. “Pretty When You Cry” suffers from a case of warbling vocal syndrome that it doesn’t shed until its much-improved second half, and “Old Money” teeters dangerously close to “ponderous bore” territory.

And the less said about the lyrics, the better. Dull at best, cringe-worthy at worst (“Crying tears of gold like lemonade,” etc.), they read no better than the disposable blather from “Born to Die.” It’s best to experience these songs as soundscapes, picking up the words in brief, unrelated chunks.

So with all of this in mind, where, exactly, does Del Rey fit into 2014’s pop landscape? Riding with neither the R&B-inflected innovators (Drake, Beyonce) nor the EDM-happy party animals (Kesha, Pitbull), Del Rey’s still in her own world. This time around, the execution’s finally in line with her tantalizing potential.

Matthew McConaughey weighs in on his future in politics

Each stop of the tour will require fans to provide either proof of a negative COVID-19 test result within 72 hours of each event or full vaccination for entry.