Nelly to appear on Budweiser can: ‘It’s a little overwhelming’
0 comments
Share this
{{featured_button_text}}
Ian Froeb

You can find him in St. Louis, rollin’ on Buds.

The 25-ounce cans include Nelly’s picture flanked by one of his best-known lyrics (“I’m from the Lou and I’m proud”), with additional lyrics from the song “Country Grammar” in place of the Budweiser creed.

The cans will be available only in St. Louis beginning Oct. 20.

In an interview with the Post-Dispatch, Nelly said “it’s a little overwhelming” to be recognized by a company as iconic as Anheuser-Busch, “but it's really dope, and it's what you work for, and it's definitely something to live up to and something to continue.”

Growing up in St. Louis, even before he was old enough to drink Budweiser, Nelly came to understand Anheuser-Busch’s importance to the area. He remembers grade-school trips to Grant’s Farm and the company's presence at such community events as the Annie Malone May Day Parade.

From its work in the community to its involvement in sports to its marketing, Nelly said, “it almost felt like St. Louis was Anheuser-Busch, if you know what I mean.”

Nelly’s first impression of the can itself?

“I thought it was dope, man,” he said. “I mean, the picture was cool. That’s the main thing you worry about. It’s like, OK, how’s the picture gonna turn out? Because it’s not (in) color, or it’s not a traditional promo pic. But they did a great job.”

The Budweiser partnership continues a high-profile year for Nelly. “Country Grammar,” which put St. Louis hip hop on the national map with hits like the title track and “Ride Wit Me,” turned 20 earlier this year.

Nelly is also currently starring on the new season of “Dancing with the Stars” on ABC.

“It's something that I knew would push me because, I mean, I do have two left feet,” he said.

(In the episode that aired Monday, those two left feet danced the samba.)

“So I thought it would be a good challenge,” Nelly said. “And it's definitely been a great experience. Everybody on the show is dope. And, you know, I'm getting a chance to do something, and I'm hurting in places I never thought I had.”

The Ivory Crockett Run for Webster 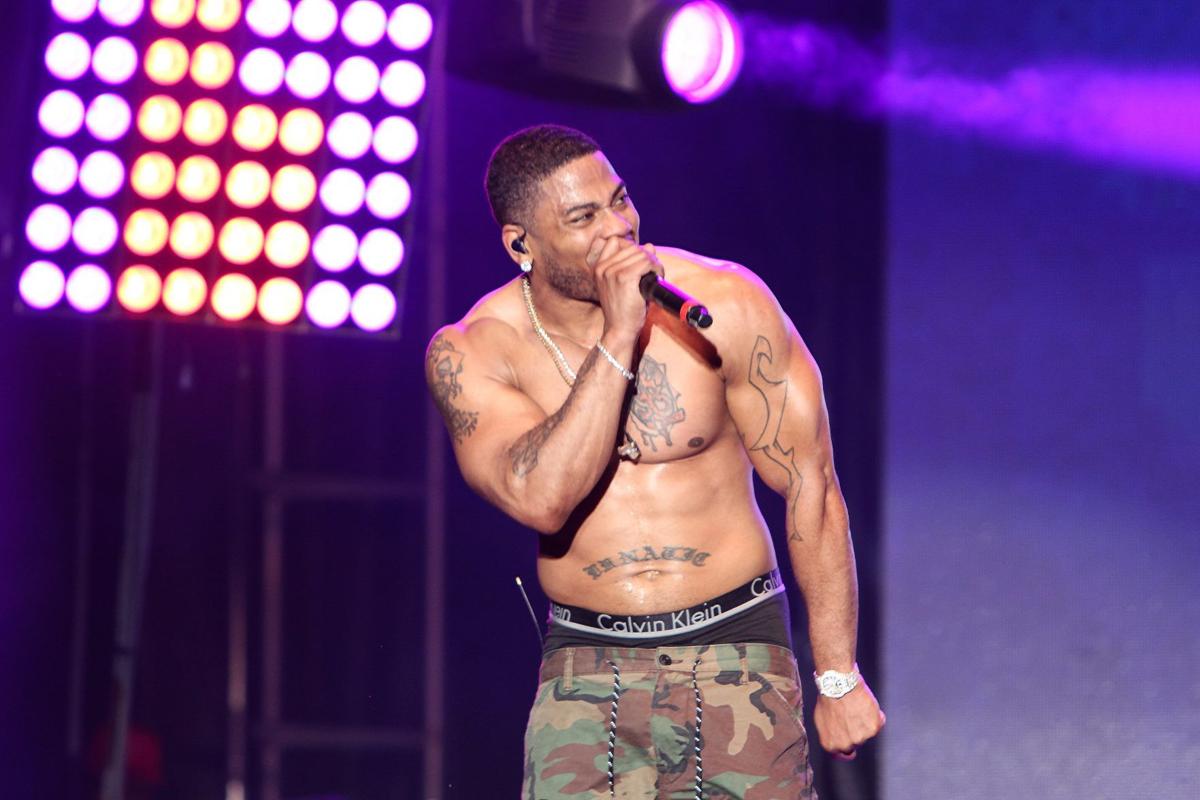 Nelly performs July 12, 2020, on the parking lot at Hollywood Casino Amphitheatre as part of the Live From the Drive-In concert series.