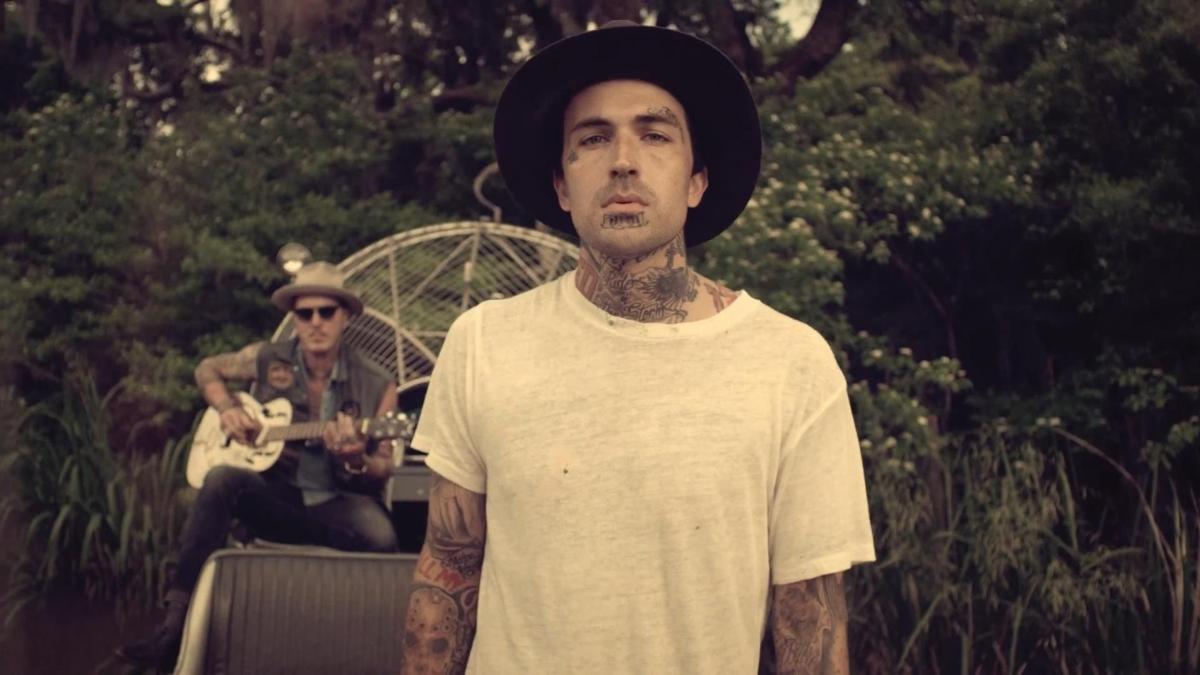 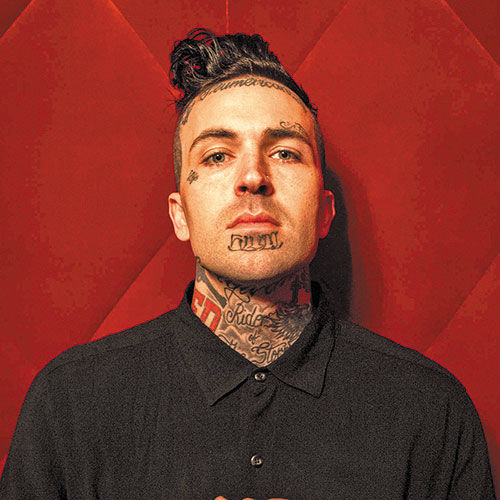 Yelawolf’s second album for Eminem’s Shady Records may not have a release date yet, but the rapper is still winning.

His song “Till It’s Gone,” from the upcoming “Love Story” album, found an early home this season on an episode of “Sons of Anarchy.”

The song, his biggest hit so far, “was the perfect fit,” Yelawolf says. He credits his team with making it happen.

“They saw a vision for the song, and it was one of those magical moments where the song just fits the energy of the show so well,” says Yelawolf, who feels a tie to the FX show about members of a motorcycle club.

The Alabama native says several members of his family had motorcycles when he was growing up. He remembers sitting on one when he was 5.

“I was around the bike culture a good part of my childhood,” he says. “I’ve made references to it many times before, and I’m a Harley owner. So for me (getting the song on ‘Sons of Anarchy’) was like, ‘Yeah, damn right, where else would the song go?’ It was meant to be.”

Yelawolf describes the song as “swampy,” conjuring up images of snake- and alligator-infested waters as seen in the video, while its message is about “not being the one to be taken advantage of. Stand up for yourself. Don’t let people run over you. And give, give, give — but leave some for yourself.”

While fans wait for “Love Story,” Yelawolf is keeping them busy not only with songs such as “Till It’s Gone” and “Box Chevy V” and the next single, “Whiskey in a Bottle,” but also tour dates, including a show next week at the Ready Room.

“Things are just clicking now, and it’s all making sense,” he says. “We’re going to do a few more singles and videos before releasing the album.”

He says “Love Story” will be a mix of all he has done — hip-hop, hard-core, country and more, including touching on his work with the 2012 Travis Barker collaboration “Psycho White.”

“All these ideas, all the things, all these pieces I played with, I polished it and turned it into an album,” he says. “I was very passionate about it, hence the title.”

Yelawolf is also keeping his name out there with the Shady Records compilation “Shady XV,” contributing the song “Down.” Yelawolf signed with the label in 2011 in conjunction with an earlier deal with Interscope, bringing him into the Eminem camp.

“When we first met, it was surreal.” He’s a longtime fan of Eminem.

“No one ever thought Marshall (Mathers, aka Eminem) would ever sign another white artist,” he says. “It was like, ‘Damn, I’m that dude, let’s go with it.’ It’s been great, liberating, validating and funny hanging out with Marshall. We crack jokes and hang out, and you forget who he is until you’re opening up for him in front of 90,000 of his fans.”

He says their relationship is rarely serious and is more big brother/little brother than anything else.

“If it gets too serious, the music is going to show that,” he says.

Still, Yelawolf says Eminem demonstrated to him how to better his presence onstage and sharpen his energy so his “light shines bright.”

“I’m not just another emcee in the circle,” he says. “I’m more than that. Figuring out how to do that has been the coolest thing to happen for me.”

Though Yelawolf’s career was greatly aided by Eminem, he insists having a great connecting isn’t necessary to break through today.

“You don’t need the co-sign these days,” he says, adding that you don’t have to rap and that anyone can become a social media star. “I don’t get it. I just do me. And I got the best co-sign in the world. I’m so proud of that.”

The May 23 Pointfest concert with Breaking Benjamin, Seether, Chevelle, the Used, Yelawolf and more at Hollywood Casino Amphitheatre is sold out.

Also on the bill are the Used, Meg Myers, Greek Fire, Yelawolf, Young Guns, Shaman’s Harvest and more bands to be announced.