St. Louis Music Park in Maryland Heights had the unenviable task Tuesday night of presenting its grand opening concert while one of rock music’s biggest live bands played down the street. Blackberry Smoke’s “Spirit of the South Tour” opened the new venue, while Foo Fighters performed at Hollywood Casino Amphitheatre.

“Thank you for choosing ‘Spirit of the South’ instead of the Foo Fighters — and we love the Foo Fighters,” said Devon Allman of the Allman Betts Band, one of Blackberry Smoke’s support acts.

While Blackberry Smoke doesn’t have the marquee value of Foo Fighters, the modest crowd at St. Louis Music Park got what it wanted, thanks to the band’s fierce, unrelenting musicality.

Originally scheduled for July 2020, the “Spirit of the South Tour” was a five-hour celebration of Southern rock that fittingly put the venue on track.

After a prerecorded medley referencing the state of Georgia — a nod to Blackberry Smoke’s new album, “You Hear Georgia” — the band emerged with “Six Ways to Sunday,” ushering in the band’s smooth Southern rock sheen and frontman Charlie Starr’s soulful vocals.

It was smooth sailing from there. Blackberry Smoke’s 90-minute set leaned into “You Hear Georgia,” with new songs such as “Live It Down,” “Hey Delilah,” “Ain’t the Same” as well as the title track. Starr referred to the album as his “newest little baby. We think it’s cute as a button.” He wasn’t lying.

An older song, “Ain’t Got the Blues,” came with an instantly recognizable Chuck Berry “Maybellene” intro. Other older favorites included “One Horse Town,” “Waiting for the Thunder” and “Medicate My Mind,” though nothing could come close to matching the exuberant jam “I’ll Be Ramblin’” late in the set. The rousing song was the most fun one could ask for on a Tuesday night.

“You can’t even imagine how good it feels to be out on the road with all my friends,” Starr said.

Allman Betts Band knows how to find a great groove and ride it out brilliantly, as it did from the top with the sprawling opus that is the instrumental “Savannah’s Dream” from the band’s recent “Bless Your Heart” album.

Throughout its hourlong set, the band performed from “Bless Your Heart” and more, with “King Crawler,” “Airboats & Cocaine” and “Southern Rain.” “Pale Horse Rider” featured Allman’s son Orion Allman on a Hammond B-3 organ, continuing the family legacy.

The band announced it would be back in town Oct. 30 at Off Broadway.

The show was capped by Blackberry Smoke bringing the Allman Betts Band and the Wild Feathers back for a final set honoring songs of the South. The set packed nothing but mighty punches with covers of Allman Brothers Band’s “Revival” and “Midnight Rider,” as well as Little Richard’s “Southern Child,” Lynyrd Skynyrd’s “Tuesday’s Gone” and ZZ Top’s “A Fool for Your Stockings,” in front of an image of ZZ Top’s Dusty Hill, who died in July.

Going into the evening, some wondered whether music from the much larger Hollywood Casino Amphitheatre would spill over to St. Louis Music Park. Foo Fighters were the perfect test, and there seemed to be no issues with bleeding sound.

After a year of waiting, we finally got to have our first concert and it’s been one amazing night with @blackberrysmoke, @allmanbettsband, & @thewildfeathers!

LIVE MUSIC IS BACK and we can’t wait for a summer filled with concerts @stlmusicpark!

As good as it gets @blackberrysmoke If you haven’t heard em or seen em, do yourself a favor & check em out. Good stuff pic.twitter.com/tcdSlDGqXA

“Good One Comin’ On”

“Waiting for the Thunder”

“Sleeping Dogs,” ”You Don't Know How It Feels”

“Ain't Got the Blues,” "Maybellene”

“Ain’t Much Left of Me,” ”Mississippi Kid”

“Up on Cripple Creek”

“A Fool for Your Stockings”

The band's “Spirit of the South" tour opens the new St. Louis Music Park on Aug. 3. 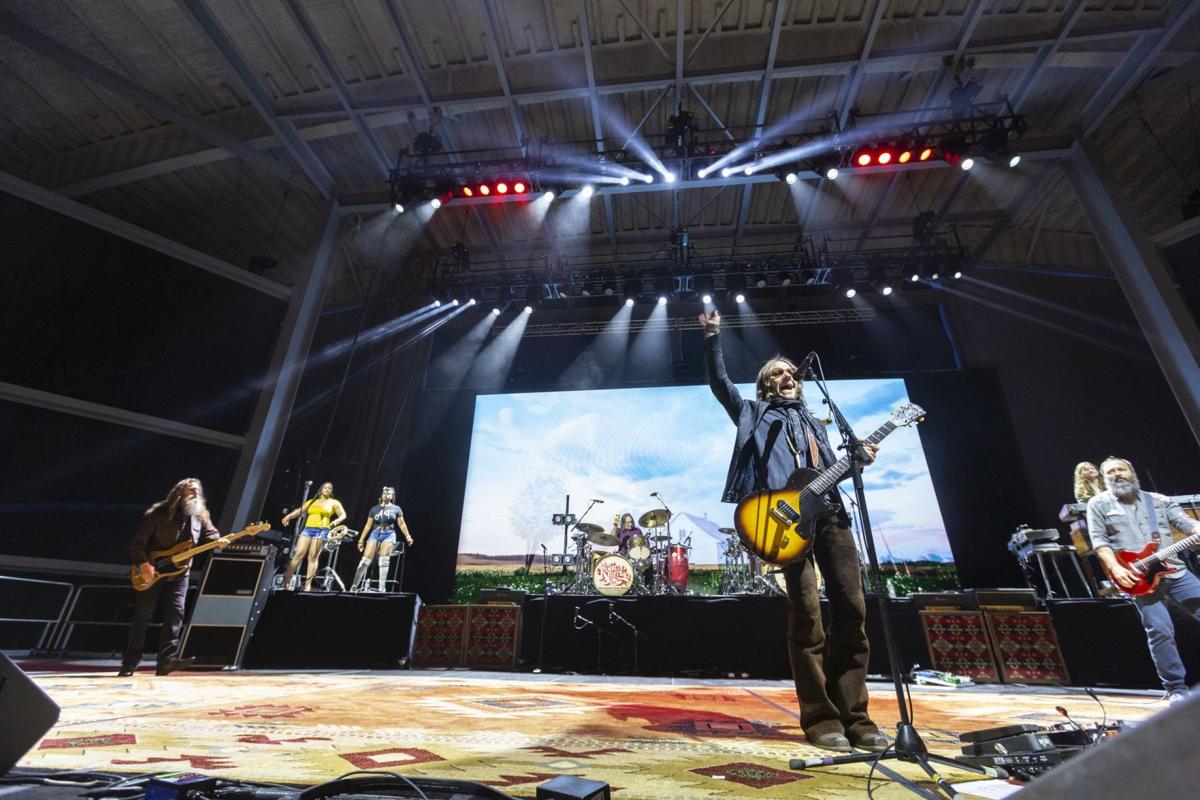 Charlie Starr of Blackberry Smoke plays to the crowd during a three-band concert including the Wild Feathers and the Allman Betts Band at the St. Louis Music Park's Grand Opening on Tuesday, Aug. 3, 2021. Photo by Jerry Naunheim Jr. 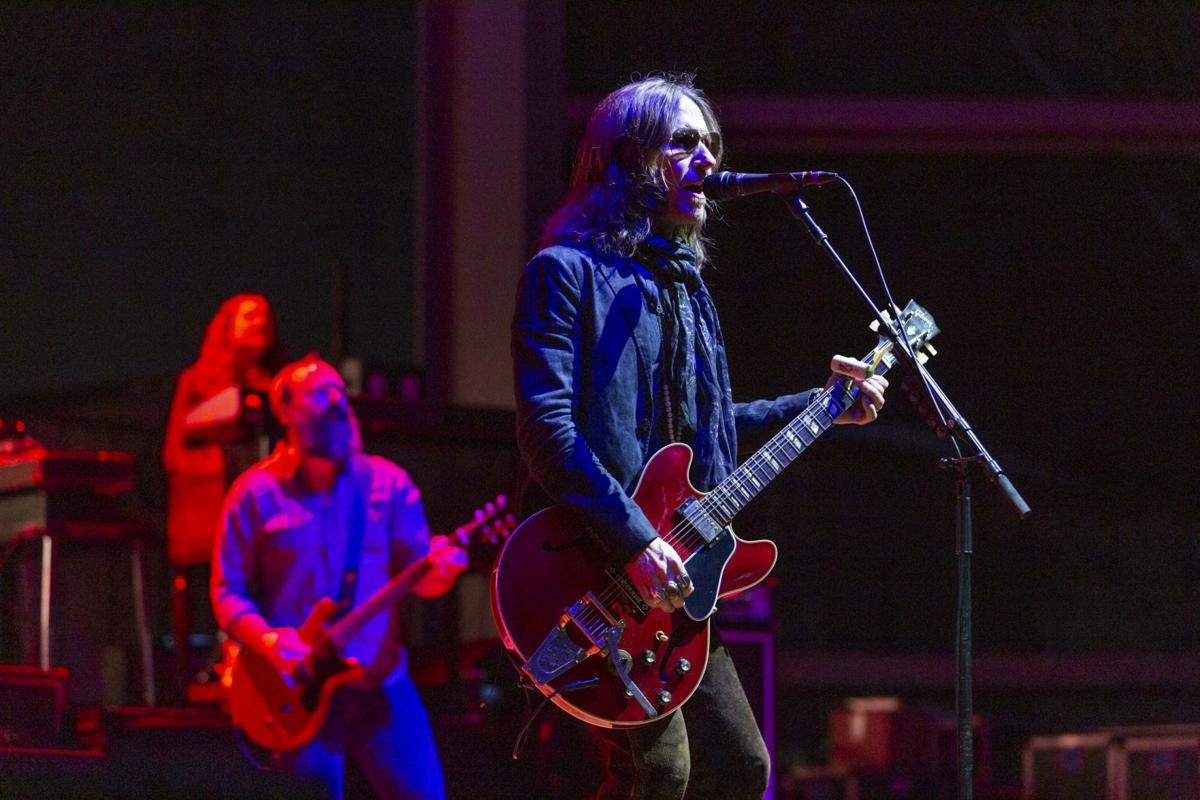 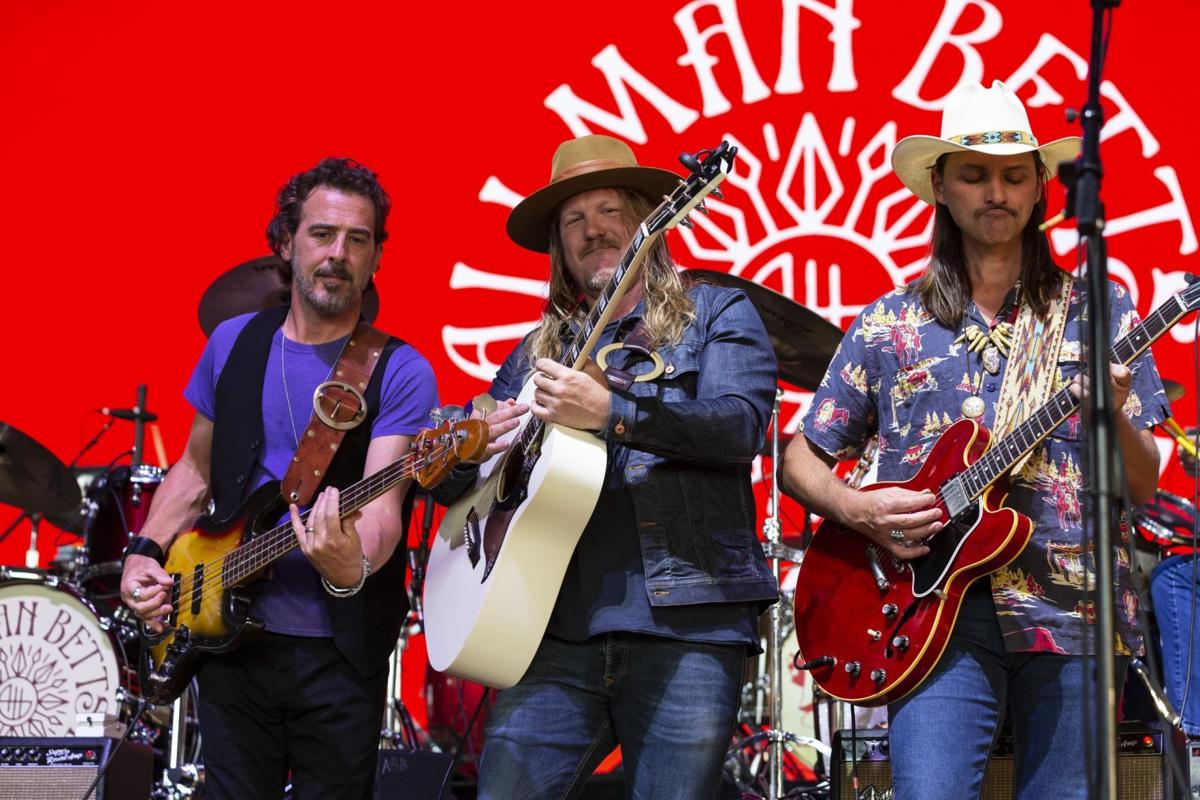 Berry Duane Oakley (left), Devon Allman and Duane Betts of The Allman Betts Band, featuring the sons of three of the original Allman Brothers Band, play to the crowd during a three-band concert including the Wild Feathers and Blackberry Smoke at the St. Louis Music Park's Grand Opening on Tuesday, Aug. 3 2021. Photo by Jerry Naunheim Jr. 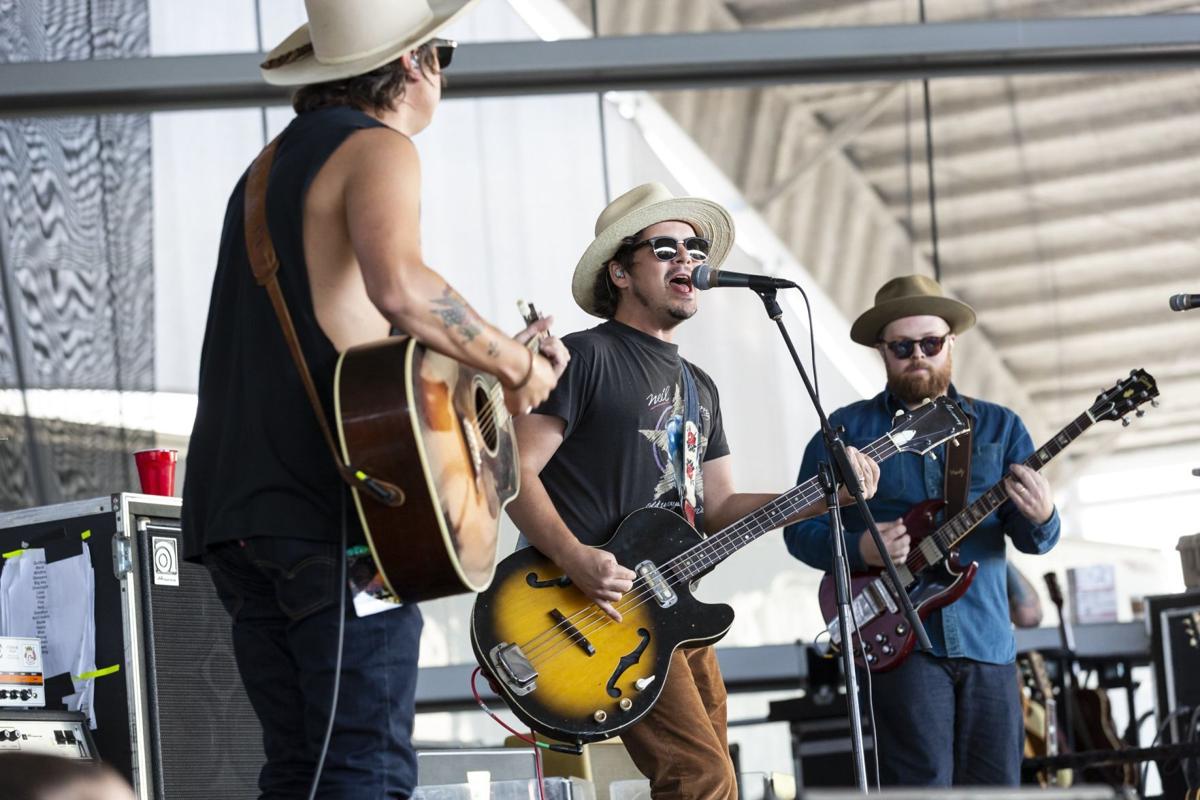 Ricky Young (left), Joel King and Brett Moore of The Wild Feathers, a country rock band formed in 2010 in Nashville, Tenn., play to the crowd as the opening act to a three-band concert including the Allman Betts Band and Blackberry Smoke at the St. Louis Music Park's Grand Opening on Tuesday, Aug. 3 2021. Photo by Jerry Naunheim Jr.