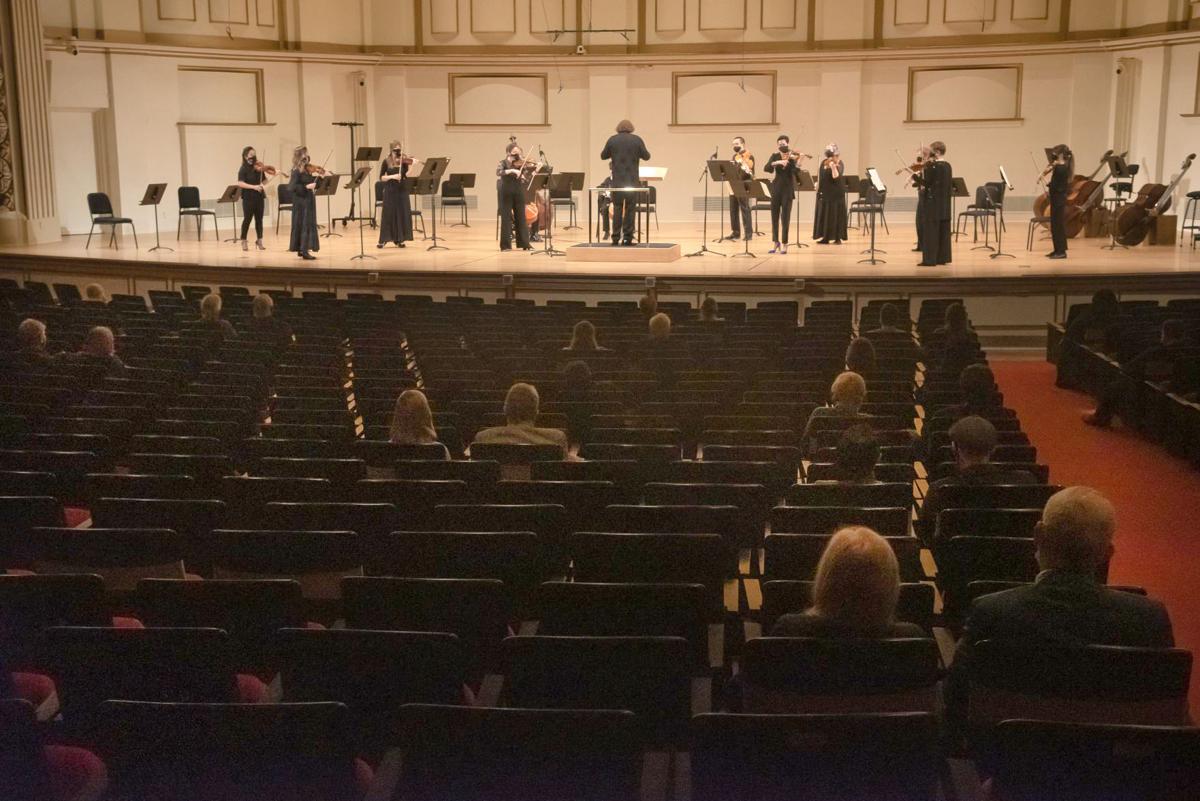 The St. Louis Symphony Orchestra performs in March for a socially distanced audience at Powell Hall. 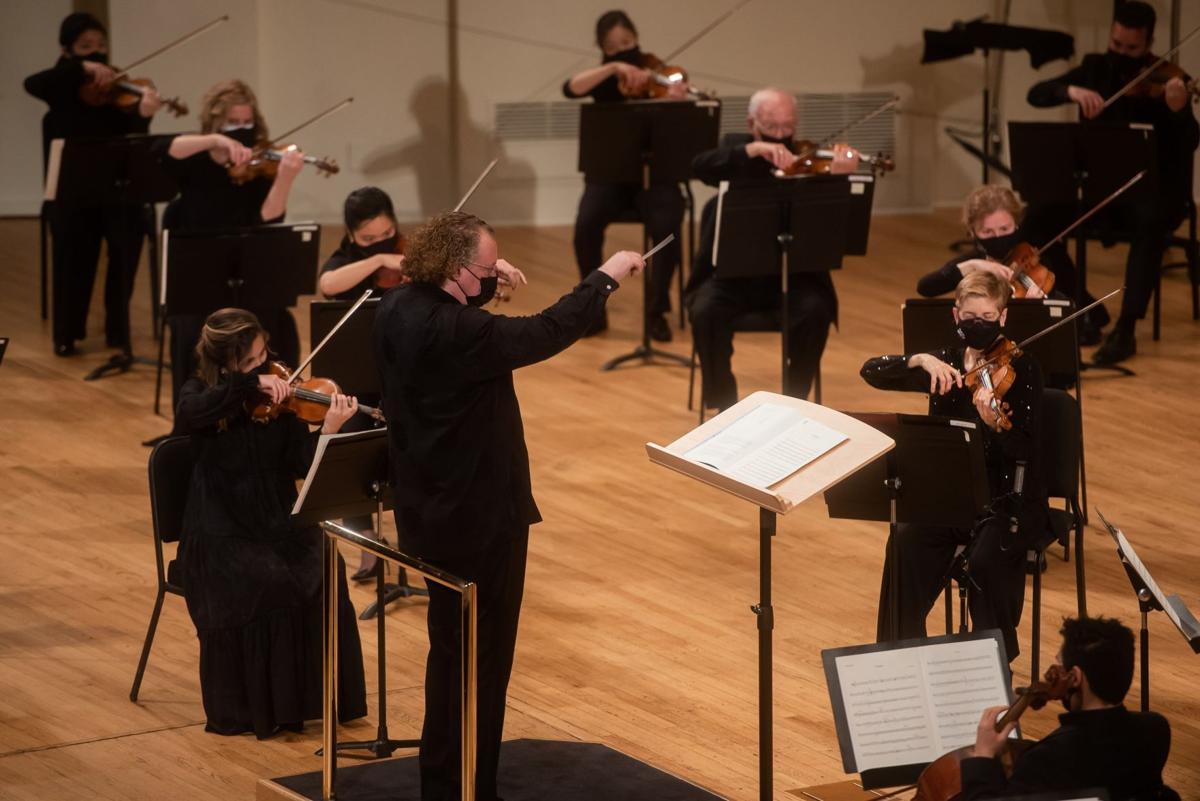 The St. Louis Symphony Orchestra performs in March for a socially distant audience at Powell Hall.

By Eric Meyer Special to the Post-Dispatch

Genre blending might seem like a contemporary practice, but Wolfgang Amadeus Mozart was doing it long ago. His “Sinfonia Concertante,” the marvelous centerpiece of the St. Louis Symphony Orchestra’s “Airs and Dances” concert this weekend at Powell Hall, is a hybrid of the symphony and the concerto.

Mozart encountered the genre during a 1779 trip to Paris and Mannheim, Germany. His version gave him more freedom with sonorities and musical ideas. One of these was exemplified in the spirited — and equal — partnership between SLSO soloists Xiaoxiao Qiang on violin and Shannon Williams on viola.

Soon into the first movement, the soloists emerged from the sublime orchestral texture with transcendent charm. From the start of their solo work, the lyrical exchanges between Qiang and Williams — and between them and the orchestra — established a lucid dialogue that never faded.

The slow second movement, which was particularly tender, afforded proper room for what must be the most compassionate exchange between violin and viola in the repertoire. The cadenza here came off beautifully — at one point, as the interchange between soloists intensifies, Qiang’s ornamentation on the violin aligned in lock-step sympathy with Williams’ chromatic climb on the viola.

Respighi, an expert in ancient music, spent some time as a viola player in Russia where he also studied briefly with composer Nikolai Rimsky-Korsakov, an experience that honed Respighi’s remarkable orchestration skills.

Again, the violas got some prime attention, especially in their compelling opening to the second movement. Childress and the orchestra handled the tempo changes with great precision in the fourth movement in particular.

The concert opened with Luigi Boccherini’s Overture in D major, a SLSO debut. The short, energetic three-part work generated just the right vibe for the program. The lighthearted exchanges between oboes, horns and orchestra highlight Boccherini’s playful use of timbres and textures.

The “Airs and Dances” concert is more than just song and dance. Childress and the SLSO blended musical genres, periods and orchestral timbres into a near-perfect fusion of uplifting music for the spring season.

With only two pieces on the program, the atmosphere in the cavernous hall was more intimate, confirming another old adage that less can sometimes be much more.

The St. Louis Symphony Orchestra performs in March for a socially distanced audience at Powell Hall.

The St. Louis Symphony Orchestra performs in March for a socially distant audience at Powell Hall.