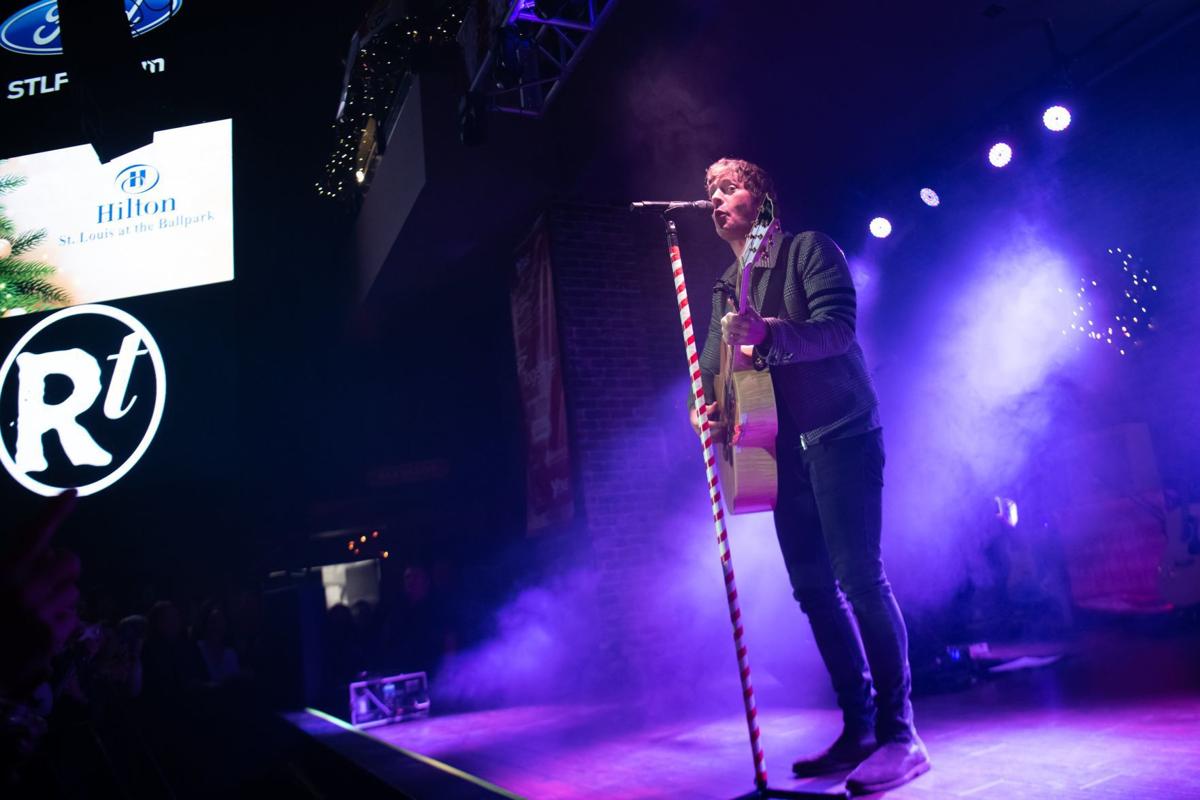 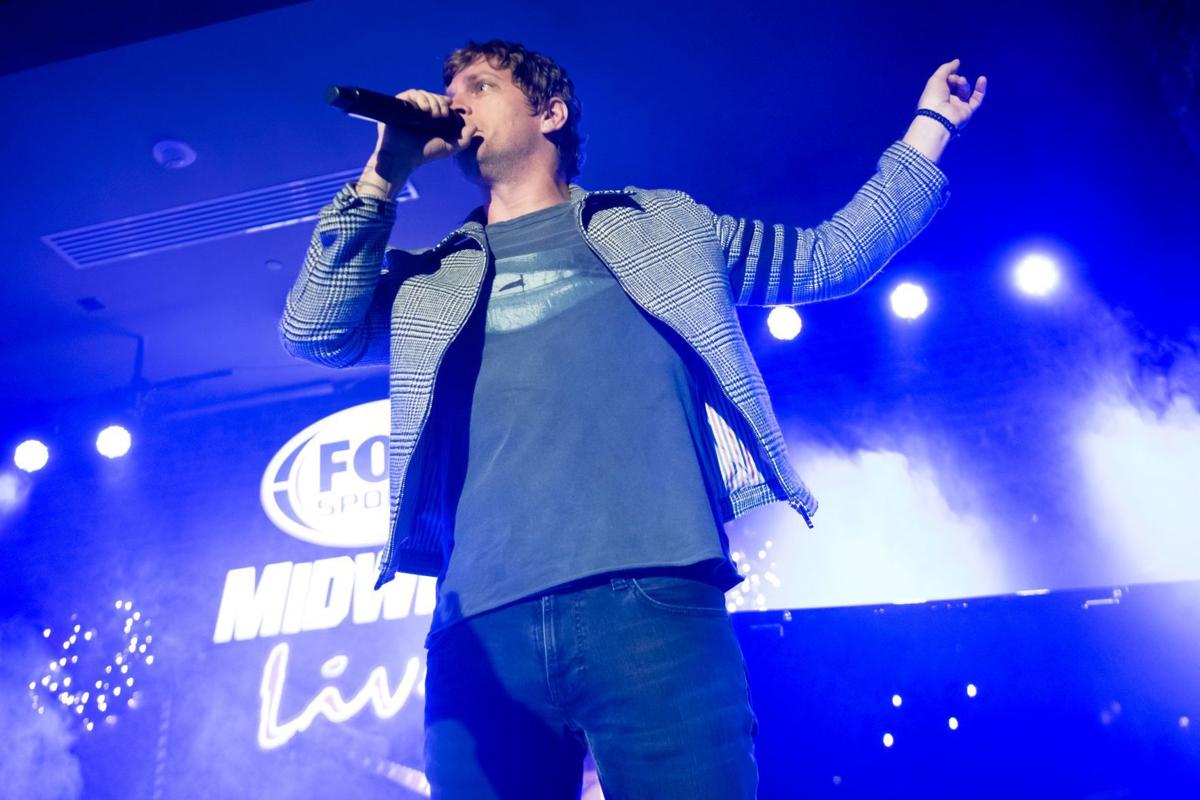 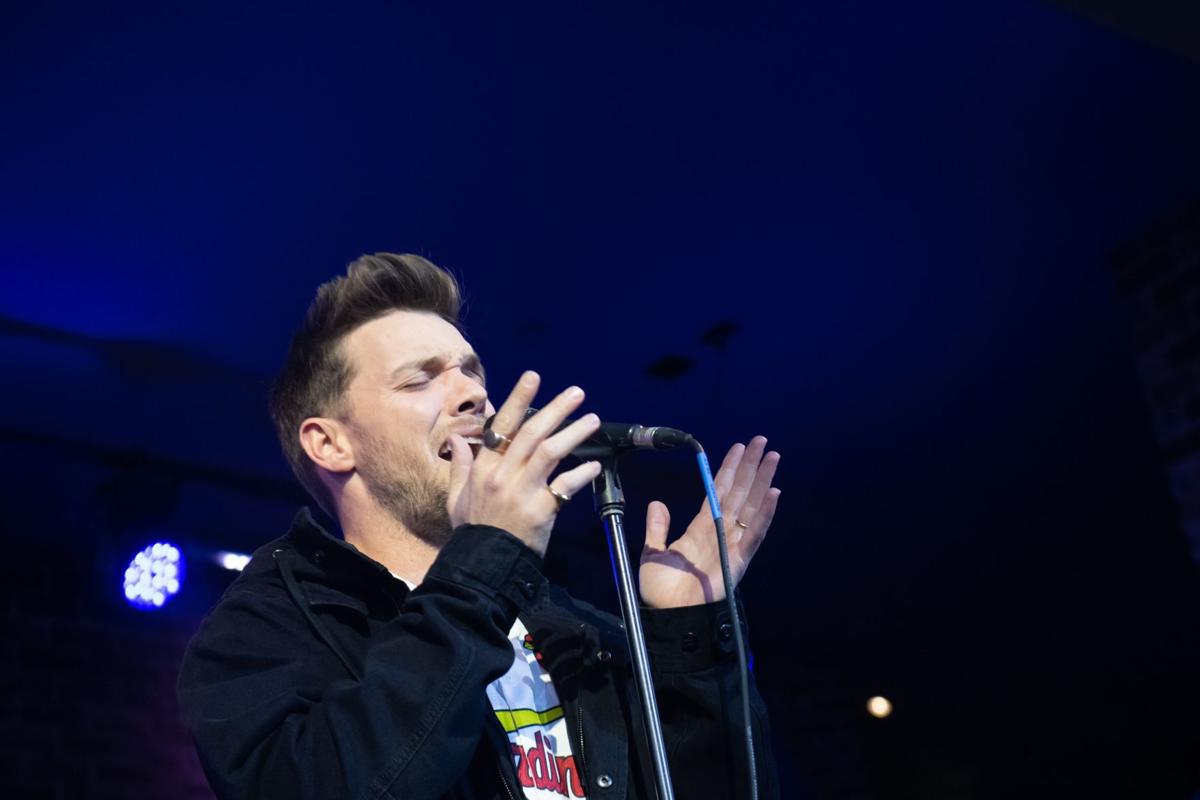 Rob Thomas performed in St. Louis just a few months ago at Stifel Theatre but returned on Saturday to headline the first night of radio station Y98’s Deck the Hall Ball at Ballpark Village.

It was a very different concert from the one in September. This time Thomas played a shorter, stripped-down set that focused less on his new solo album, “Chip Tooth Smile.” Instead, the hourlong show featured a dozen songs, four of them hits by Matchbox Twenty, plus his Grammy-grabbing smash with Santana, “Smooth.”

The mostly acoustic presentation was a daring strategy given that the venue is less than ideal for music. Many who were packed into the place were there to eat dinner or drink and converse loudly. A couple of sports contests continued to play on the video board during the concert, a further distraction.

But Thomas is a savvy and charismatic performer and he stuck to the kind of hit material that kept enough of the crowd engaged and singing along to make it a winning appearance.

Accompanied by two members of his touring band, Matt Beck and Korel Tunador, who switched off on guitar and piano, Thomas played two songs from the new album, “One Less Day (Dying Young)” and “Can’t Help Me Now,” the latter of which appeared early in the set.

Thomas’ other solo material included “Mockingbird,” “Someday” and “This Is How a Heart Breaks.” He also performed “A New York Christmas” and told the story of writing it in the wake of 9/11.

The song is appropriately somber and hopeful, but Thomas added a humorous story about going to the White House to play it for President Barack Obama. While there he met then-15-year-old Justin Bieber, who gave him some bad wardrobe advice, which he followed. At the time, Thomas said he thought Bieber was a nice kid and told his wife as much — to which his wife supplied a hilarious and slightly profane dissent.

Of the Matchbox songs, Thomas said “3 AM” was “the first song I ever wrote.” He added that “Can’t Let You Go” was co-written with Mick Jagger. “I tell you that because I want you to know that I know Mick Jagger,” he said.

Thomas noted that “Smooth,” which scored Grammys for Song of the Year, Record of the Year and Best Pop Collaboration with Vocals, came out 20 years ago. He said it might seem weird for him to play a cover song, “but I wrote it, so it’s OK.”

Throughout the show, Thomas slowed the tempo of the songs and over-annunciated the lyrics, which seemed to help him capture the attention of enough of the noisy crowd to get a fair percentage of it singing along. It was a smart move in a situation some might have found difficult, but Thomas didn’t seem fazed in the least.

He isn’t sure what he and his band will play, but "fun is always to be had in St. Louis," he says.

Here's a look at Meat Loaf through the years. He's best known for the 1977 record "Bat Out of Hell" and a role in the "The Rocky Horror Picture Show."