When she finally fulfilled that dream recently, with 12-year-old daughter Caitlyn in tow, it exceeded both of their expectations when the two met Nelly after the show. The surprises didn’t stop there, though.

“Afterward we were waiting for the traffic to die down and we saw the tour buses and some security guards, and that’s when we saw (Nelly),” Harris says. “We were sitting there, parked, and (Caitlyn) jumped out of my car in a tank top, with her (long-sleeve) shirt tied around her waist, and (Nelly) was like, ‘Where’s your jacket?’”

Before Tiffany or Caitlyn knew what was happening, Nelly slid off the black bandana-patterned jacket he was wearing and handed it to Caitlyn.

“He was just so nice to her,” Harris says. “He talked to her and let her take a selfie with him, and he let me take another picture. And then after the picture, she was trying to give him a hug, and it was just so sweet the way he hugged her. He must have seen that she was cold when he hugged her, because he took his jacket off and draped it around her. It was a really good experience; we’re really happy about it.”

Caitlyn quite literally lived her own mother’s childhood dream Nov. 27 at the Corbin Arena in Corbin, Kentucky (about a 90-minute drive from their home in Harlan, Kentucky). A lifelong Nelly fan, Harris has fond memories of listening to the St. Louis native’s breakout album, “Country Grammar,” as a tween back in 2000.

Harris shared the photo of Caitlyn and Nelly as well as a video of the two meeting in a TikTok video along with clips from the show. In the video, Nelly tells Caitlyn: “Now don’t you come out there no more without that jacket,” as a surprised Caitlyn thanks him. Nelly shares a “Merry Christmas” before heading back to his tour bus.

Seeing @nelly in person, AMAZING! He was so sweet to her & the show was awesome! #GiveWithAllYourHeart #nelly @crackhead3232 #fyp #lilbit #1 #humble

As of this writing, Harris’ TikTok video has been viewed 7 million times. In the comments, users have marveled at Nelly’s generosity, ranging from funny replies (“don’t ✍️ wear ✍️ jacket ✍️ when ✍️ meeting ✍️ nelly”) to heartwarming notes (“You can tell he’s a dad”).

“That’s how kids are — I guess they don’t ever want to put their coats on,” Harris says with a laugh. “I can never get her to wear a coat to school, but she wore (Nelly’s coat) to school on Monday. She was not taking it off. She’s just been really excited about it; it’s all she’s been talking about.”

As for the show itself, Harris said Nelly sounded great and performed hits from the past two decades, including her favorite song of his, “Dilemma,” featuring Kelly Rowland.

“I’ve been to quite a few concerts, and it was probably the best show I’ve been to,” Harris says. “It was a lot of fun.” 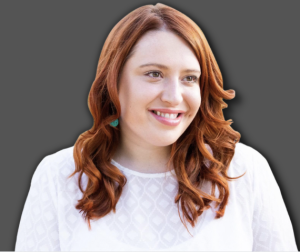 Metallica returning to St. Louis for 2 nights at the Dome at America's Center

The Metallica concerts are Nov. 3 and Nov. 5 at the Dome at America's Center.

He's half of Hall & Oates, but now Daryl Hall wants to show off his solo side

Daryl Hall is touring as a solo artist — incredibly, for the very first time.

On Nov. 26, 1997, the Duck Room at Blueberry Hill opened with a performance by Chuck Berry.  Berry would play 209 consecutive monthly concerts there.

From perennial favorites to unexpected treasures, here’s a rundown.

Roland Johnson remembered as ‘one of the greatest soul singers to come out of St. Louis’

Academy Award winner Irene Cara, best known for singing the theme songs for "Fame" and "Flashdance," has died in her Florida home.

Brian Owens' new children's book is based on the inspiring story from his 2020 Christmas musical, "A New Holiday."

The story of Bruce Springsteen's dinner with a St. Louis fan

Bruce Springsteen re-told the story of meeting a fan in St. Louis, and then going to his house, on the Graham Norton Show over the weekend.

Michael B. Jordan was offered directing tips from Bradley Cooper and Denzel Washington