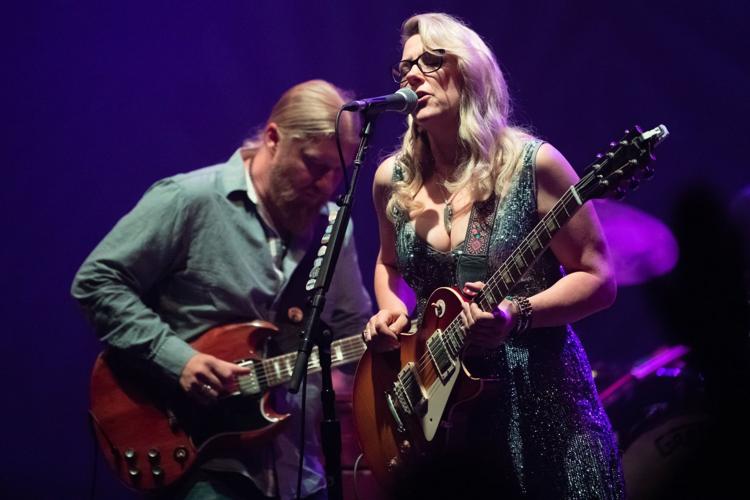 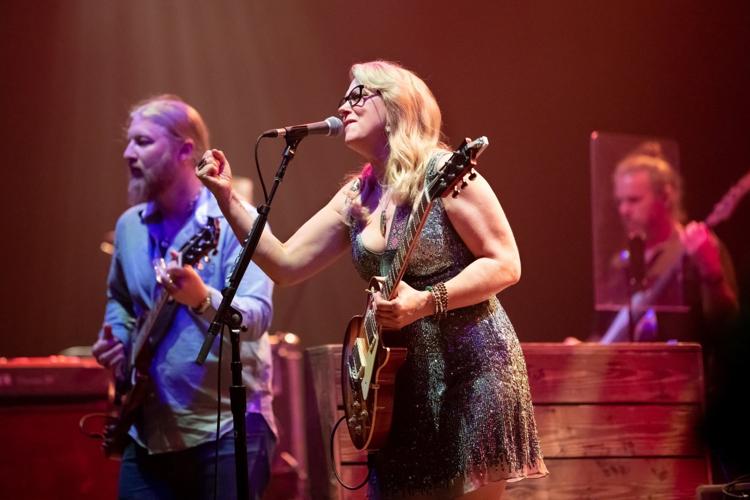 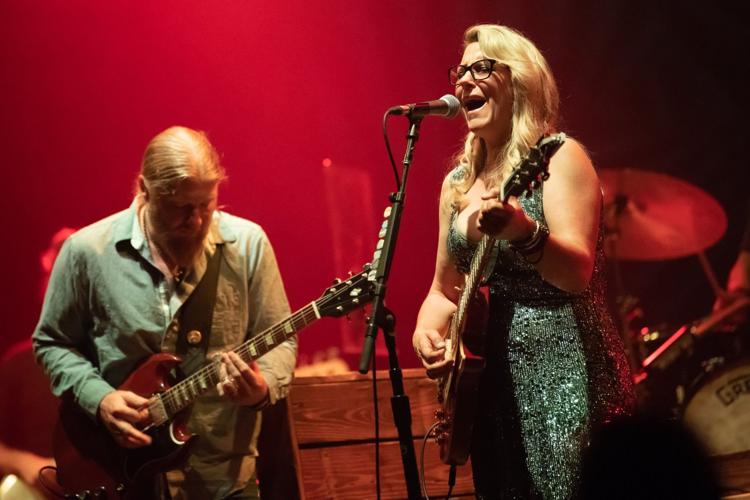 You’d think by now guitarist Derek Trucks would have pretty much seen and done it all.

He learned to play guitar at age 9. He logged his first paid gig at 11 and was a touring musician at 13. At 15, he formed the Derek Trucks Band and at 20 became a member of the Allman Brothers Band.

Along the way, he worked with legendary musicians Bob Dylan, Eric Clapton, B.B. King, Buddy Guy, Phil Lesh and many others. In 2010, Trucks and his wife, Susan Tedeschi, a blues musician with her own impressive resume, formed the Tedeschi Trucks Band. Twelve members strong, it’s one of the biggest — and indeed best — rock/blues/funk/country/gospel outfits in the land.

But writing and recording “I Am the Moon” — TTB’s epic, 24-song set released on four individual albums, each of which is accompanied by a film combining performance footage with impressionistic elements — turned out to be another thing entirely.

“The whole process felt different than anything I’ve ever been a part of,” Trucks says by phone from his family farm outside Macon, Georgia. “We were just kind of creating to create.”

Operating without deadlines or even the expectation of recording was as novel as it was invigorating. “We just rolled with it,” Trucks says. “We just kept writing until we were like, ‘I think we’re done.’”

What freed the band from its regimented cycle of recording and touring (rinse and repeat ad nauseum) was, of course, the pandemic. Knocked off the road and out of the studio for much of 2020 and 2021, the entire ensemble was able to take a much-needed breather.

“We’re all such road dogs and lifers that none of us had ever had that much time to contemplate,” Trucks says. “It was an incredible time, but there was also a lot of sadness and uncertainty and stressors.”

That wasn’t only due to the pandemic. Keyboardist and flautist Kofi Burbridge, a TTB co-founder, died in February 2019, succumbing to complications from a heart attack suffered two years earlier.

“(Kofi) was with me for maybe 20 years,” Trucks says. “He was such a big part of who we were musically and personally that we were taking three or four months off anyway, just as kind of a hard reset.”

Since then, the band has taken on several new members: keyboardist/vocalist Gabe Dixon, bassist Brandon Boone and drummer Isaac Eady.

“They saved the band,” Trucks declares. “We had that feeling again that this was really fun again, like the early years when you’re just playing because you want to play. We had that energy again.”

“I Am the Moon” grew out of the band’s previous project, “Layla Revisited (Live at LOCK’N),” a concert recording of TTB (along with guests Trey Anastasio and Doyle Bramhall II) performing the 1970 Derek and the Dominoes album “Layla and Other Assorted Love Songs.”

Why that record? The connections abound. Trucks, remember, has played with Eric Clapton (the pseudonymous “Derek”), and his being given that name speaks for itself. Also, Allman Brother Duane’s slide guitar is one of the things that makes “Layla” an indelible classic.

Clapton wrote the song as a lovesick plea begging for the attention of Patti Boyd, the wife of his friend George Harrison. He borrowed the name Layla from Nizami Ganjavi’s 12th-century Persian poem “The Story of Layla and Majnun.” Lord Byron called it “The ‘Romeo and Juliet’ of the East.”

After the LOCK’N performance, TTB vocalist/guitarist Mike Mattison was inspired to seek out the poem. Reporting back to the others, he said that while “Layla” is an incredible record, “thematically, it’s just one note,” Trucks recalls. “This guy’s in love with somebody he can’t have.”

Mattison suggested the band members all read the poem. A further thought experiment, he added, would be to think about it from the opposite perspective. In other words, Trucks says, “What did Layla think about all this?”

The idea took hold and filtered into the songs the band was writing. As the pandemic wore on, gems like “I Am the Moon,” “Emmaline” and “Where Are My Friends” began to pile up.

“At that point, it took on a life of its own,” Trucks says.

Once it was safe to gather together again, the band recorded the 24 songs — over two hours of music — which they ultimately decided was too much material to put out all at once.

Recalling his love of albums such as Jimi Hendrix’s “Axis Bold as Love,” John Coltrane’s “A Love Supreme” and Sly & the Family Stone’s “Fresh” — all of which are considerably shorter than the often bloated releases of today — Trucks thought it best to release it as a series of four albums of 30 to 40 minutes each, spreading them out over a few months while the band is on tour. Three of them — “I. Crescent,” “II. Ascension” and “III: The Fall” — will have been released by TTB’s concert July 27 at the Fox Theatre. The final disc, “IV: Farewell,” is due in late August.

The films, too, which help to bring out the various band members’ personalities, were driven by a mix of inspiration, collaboration and more than enough time to see the idea through. Trucks is more than pleased with the results.

“When it was done, we really felt like we knew everybody a little differently,” he says. “It really feels like a band. It feels like it’s a little mini-universe in a way.”