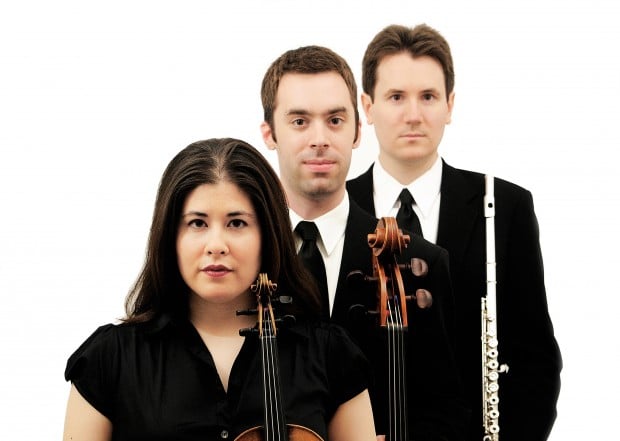 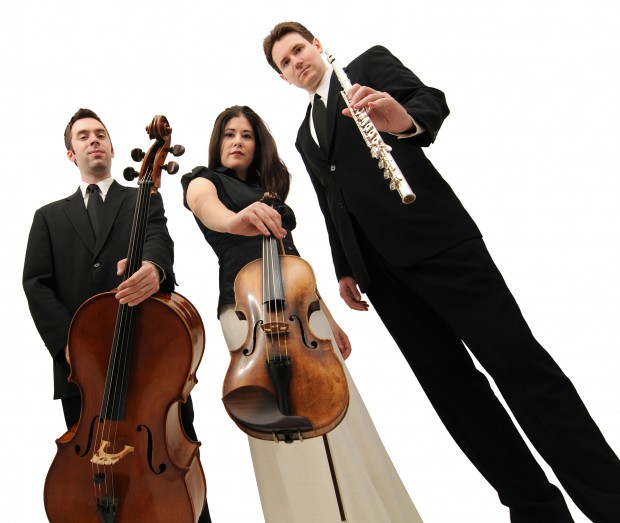 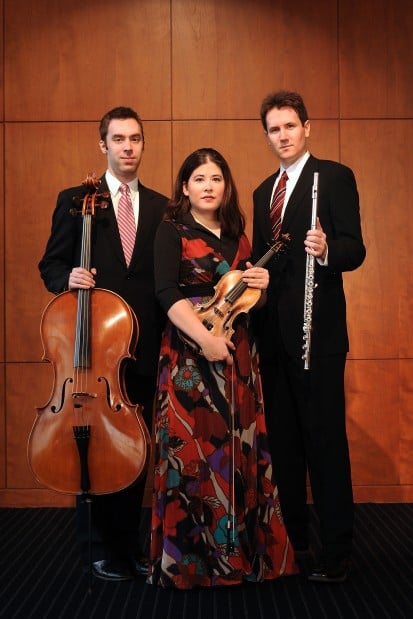 Some instrumental configurations are well-established: the string quartet in classical music, the piano trio in jazz, the guitars-plus-drums setup in rock. Others come as a surprise.

Such is the case with Silver Roots, a violin-flute-cello trio that stems from the classical world but has found a sound and approach of its own.

"Sometimes I'll see people in our configuration, maybe for a wedding or something," violinist Maria Millar says. "But not professionally."

The trio also includes her husband, Shawn Wyckoff, on flute and Michael Haas on cello.

The group, whose members are graduates of the prestigious Juilliard School, came together gradually, Millar says. At first, it was just her and Wyckoff.

"People kept asking us to play together," Millar says. "And we always resisted, because we thought flute and violin didn't work together. But as we started playing, we really enjoyed it, and then we decided to bring in a cello."

At the Touhill, the trio will explore the intersection of Eastern and Western sounds.

"My mother came from Japan, and I grew up listening to a lot of Japanese songs, and the Japanese language," says Millar, who is also a composer. "It really inspired me, and there's something about the sound of Japanese music that I find strikes people very deeply. So it was fun to create a concert that showcases that."

In recent years, young classical musicians have embraced a broader repertoire — partly to reach out to new listeners, but also to explore new possibilities. The Ahn Trio has covered music by the Doors, and violinist Hilary Hahn recently performed pieces by edgy American composer Charles Ives at the Stone, a tiny new-music venue in New York's East Village.

Increasingly, string ensembles such as the Parker Quartet, which appeared last year at the Touhill, are appearing in clubs as well as concert halls. This movement has roots in the work of the Kronos Quartet, which took on Jimi Hendrix's "Purple Haze" decades ago, and the Bang on a Can ensemble, which has long been devoted to stretching boundaries. Clearly, such artists have influenced what it means to be a classical musician.

"One thing I've noticed about our music is, audiences identify with it, regardless of the setting," Millar says.

U2 made their St. Louis debut 40 years ago. Here's what we had to say about the show

On April 7, 1981, Bono danced barefoot and in knee britches for a slowly enthusiastic crowd of 600 at Washington U.'s Graham Chapel.

‘Friends and Family’ is the first new Isley Brothers music since its 2017 collaborative album with Santana, ‘Power of Peace.’

The drive-in concert series will begin in May with Casting Crowns.