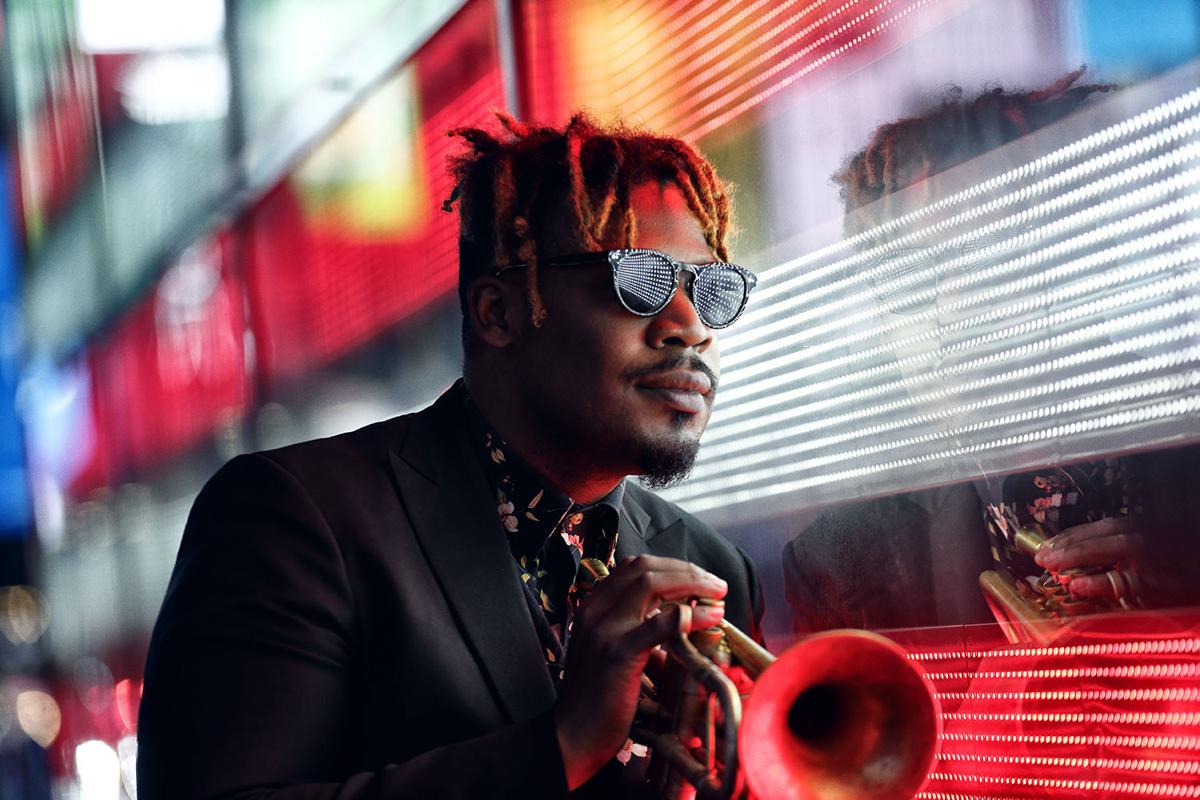 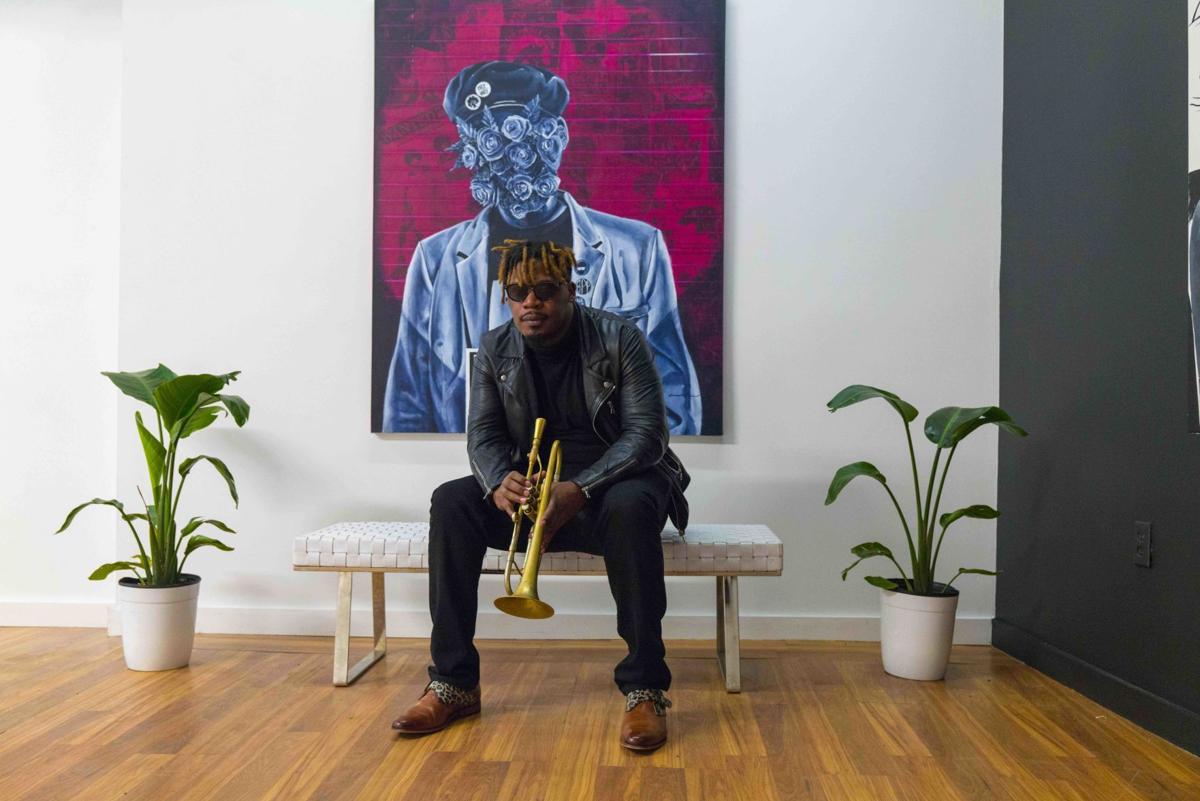 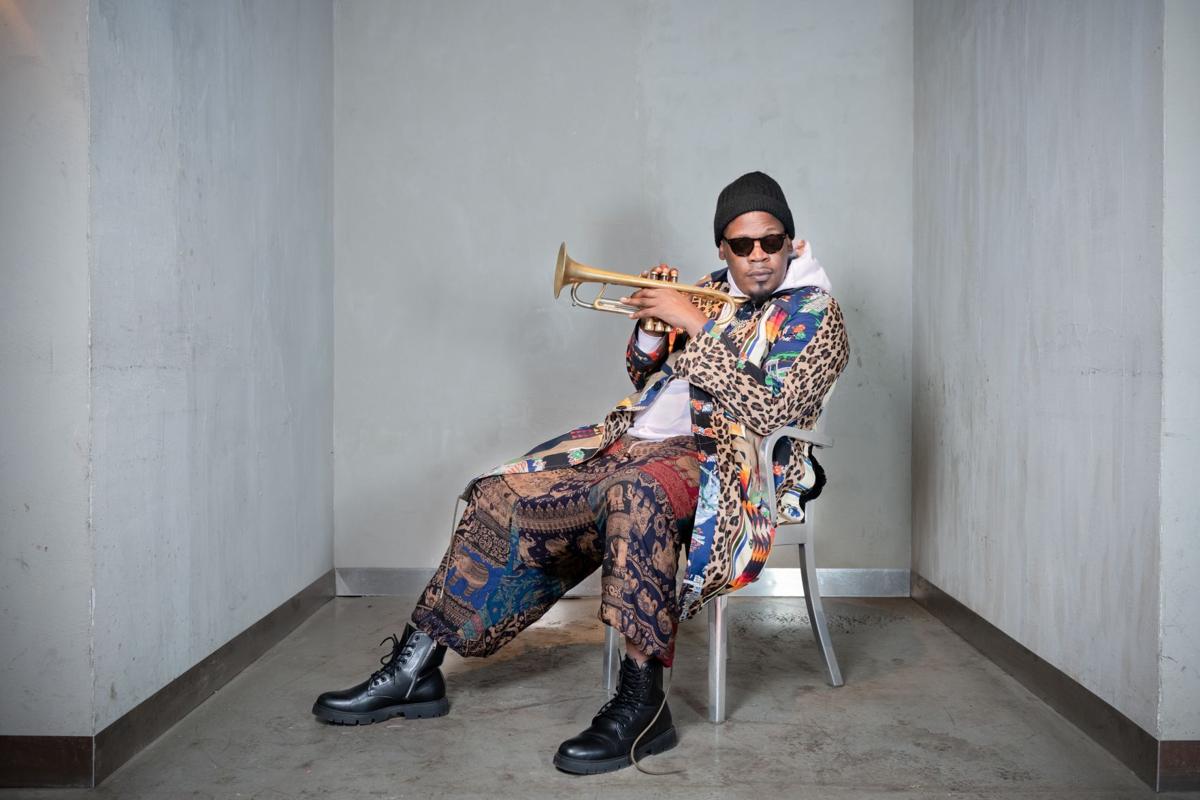 In 1999, a teenage Keyon Harrold would show up at Jazz at the Bistro (now Jazz St. Louis) with his trumpet, taking in shows and hoping for his shot.

On many occasions, he was allowed to sit in with the performers, including national artists such as Kenny Garrett and Christian McBride.

“I would make it my business to get up there,” says Harrold, a Ferguson native.

Gene Dobbs Bradford, who at the time had just taken over as the organization’s executive director, remembers listening to Harrold. “He had some great creative ideas. And he had some swagger, too, I recall. I said, ‘This man is going places.’”

“When I heard I got the position, I was jumping over the moon,” Harrold says. “Spending a lot of time in St. Louis is a beautiful thing for me.”

“This is a new day for Jazz St. Louis,” Bradford says. “We’ve been able to weather this COVID storm. This is one of the signs we’re coming back as a better organization.”

The three-year appointment begins in the fall and is made possible with a grant from the Andrew W. Mellon Foundation.

“We felt the need to explore some things that may bring in some audiences not currently involved in jazz or (that) may not be that excited about jazz,” Bradford says. “We have somebody in tune with what’s happening in the current scene beyond jazz and bringing that language to performances.”

By bringing Harrold on board, Bradford hopes more people will give the programming at Jazz St. Louis a try “to see the depth and breadth of jazz, which can come in many forms. He has his ear to the ground and he can advise us.”

Harrold is excited to combine his own resources with those of Jazz St. Louis to create programming that’s unique to St. Louis. “I wanna create a crazy gumbo of dopeness,” he says.

Jazz St. Louis seeks to use Harrold’s connections to mix things up.

“He’s got plenty of connections to people in hip-hop, funk, rock and also straight-ahead jazz,” Bradford says. “That’s one of the reasons we felt we needed to have the position. He’s going to think about what it means to come back, what he wants to feature.”

In addition to bringing his musical friends to St. Louis, Harrold will build relationships with local artists, “meeting them where they’re at and bringing them along.”

The position calls for Harrold’s involvement in the Jazz Speaks and residency programs in the 2022-23 season, as well as a major commissioned work reflecting the St. Louis community that will close out the 2023-24 season.

Harrold says the new position is a good fit for his already busy schedule. “I have a scenario where I can actually do the things I want to do, where I can curate on my own time,” he says.

He will continue to live in New York City, where he can work virtually, but he will spend extended periods of time in St. Louis.

The process to fill the position started a couple of years ago, when Bradford visited Harrold to discuss it in New York. The grant was awarded in 2019, but everything was put on hold because of the pandemic.

“We had a number of candidates we thought would have done a great job, but it was really the understanding of what Keyon brought to the table that convinced us he was the right person,” Bradford says. “He checked all the boxes, and at the end of the day he articulated a vision for this position that was so aligned with what we were looking for.”

Harrold’s life turned upside down in December when video of an altercation involving his son went viral. A woman had falsely accused 15-year-old Keyon Harrold Jr. of stealing her cellphone at a New York City hotel. The phone was later found in an Uber, and the woman was arrested on multiple charges.

While Harrold had always been a socially conscious artist — he included a song honoring Michael Brown, “MB Lament,” on his 2017 album, “The Mugician” — his activism reached new levels after the incident. Spotify tapped him to curate its Black Lives Matter playlist.

He believes artists should speak to the times, and he plans to carry his activism into his new role with Jazz St. Louis.

Harrold says his son is exploring his own activism and will appear onstage at Jazz St. Louis at some point. Harrold Jr. has been working on music with his father and with his own band.

Jazz St. Louis is aiming for an October return for its 2021-22 concerts. Harrold’s involvement will help shape the season, which will include performances by him.

“It will be something special, something brand-spanking-new,” he says. “Gene and I will be talking about how to curate that and what it’s gonna be. Were going to kick it off with a bang.”

How do the Clippers adjust without Kawhi Leonard for Game 5?

How do the Clippers adjust without Kawhi Leonard for Game 5?

Learn how you can smile at a cat

Learn how you can smile at a cat

With the Black Lives Matter playlist, he hopes to eliminate "marginalized images of Black people and create better images of how it’s supposed to be.”