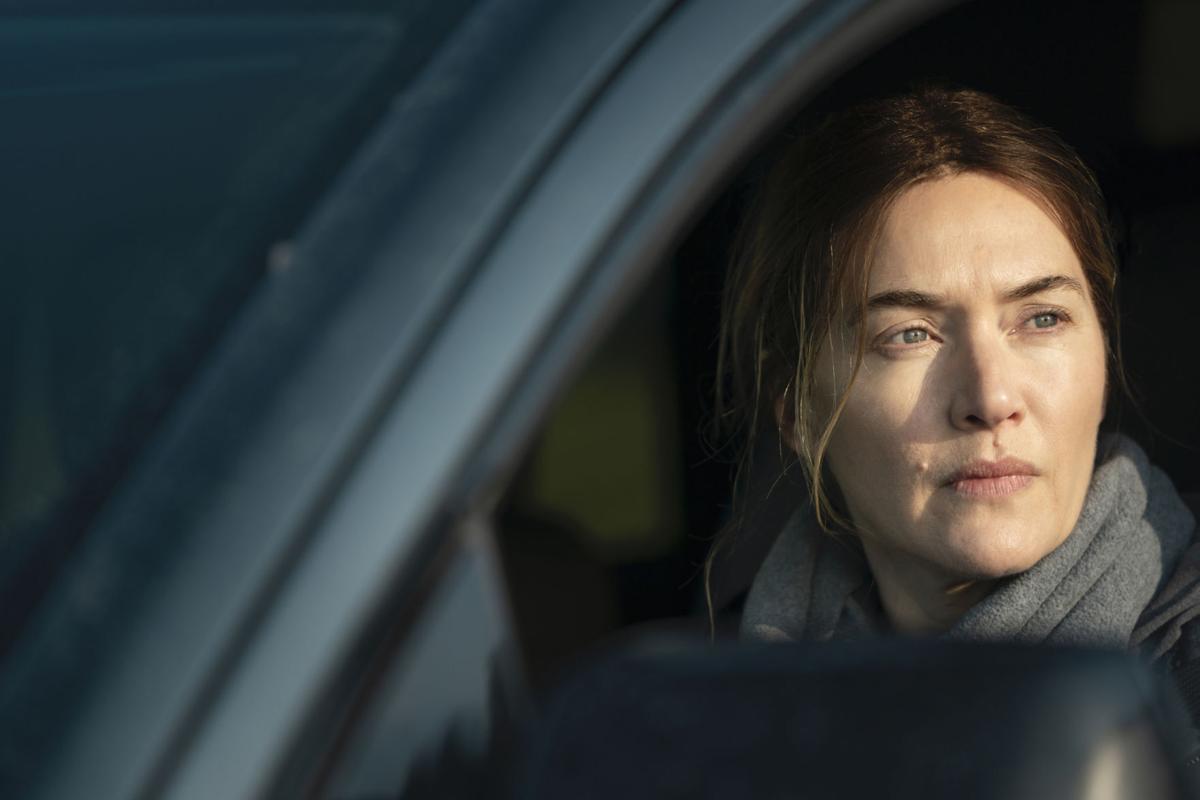 Kate Winslet in "Mare of Easttown" 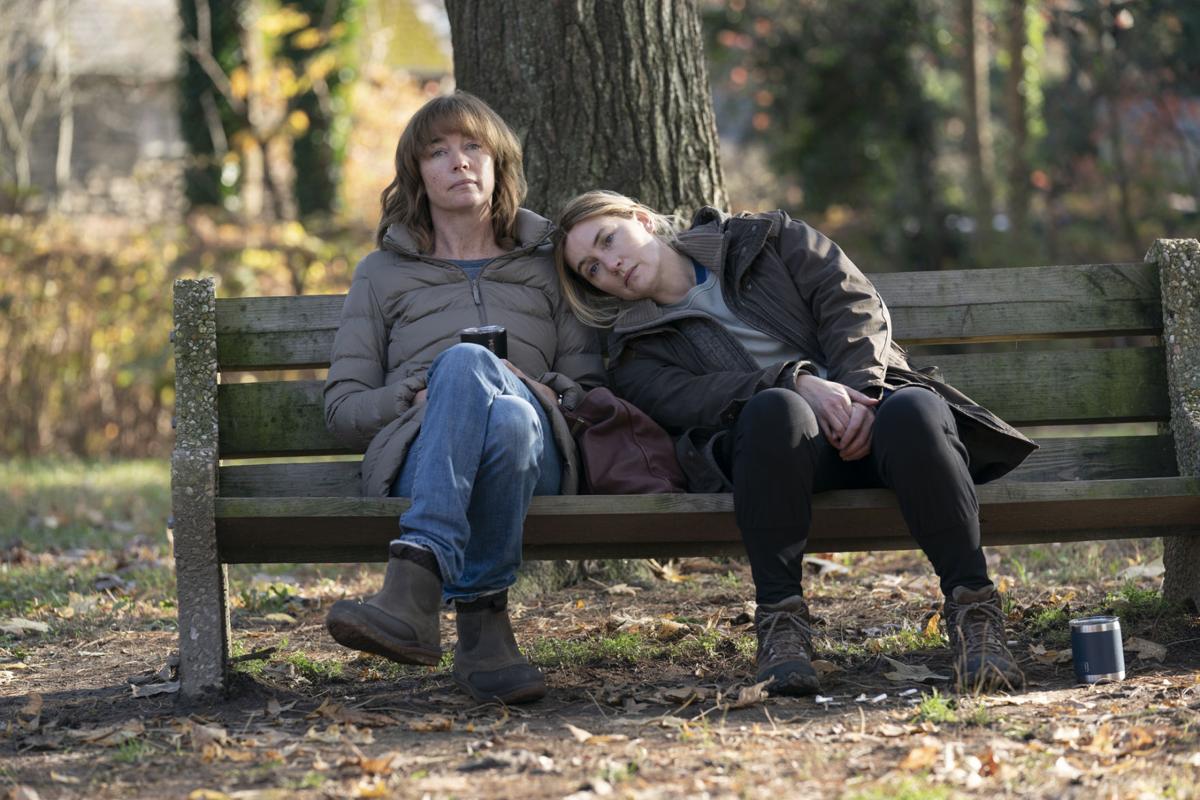 Julianne Nicholson (left) and Kate Winslet in "Mare of Easttown"

Kate Winslet obsessed over water while making “Mare of Easttown.”

Not the liquid — the pronunciation.

Cast as a Pennsylvania detective, she wanted to make sure she got the accent just right.

“I always hate that, when you can hear someone doing a voice or doing an accent,” she says. “And that’s one of the things for me that is more important than anything — just making it disappear and blend in.”

The Oscar-winning actress worked with coaches and locals, drilling them on specific words.

“It was up there amongst the hardest accents I’ve ever done,” she says during a Zoom conference. “I didn’t want to come up with something that was sort of generalized and make a few kind of token sounds that were a nod in the direction of the Delco dialect. I really wanted her to feel as though she had been born and raised there. On the last day of the shoot, I was like, ‘Oh, I think I’ve nailed this now.’”

In the HBO miniseries, the British-born actress plays a tough detective investigating a murder, raising a family and trying to maintain a social life.

“It was one of the biggest challenges I think I’ve ever been slapped with,” Winslet says. “And she’s nothing like me. That’s pretty scary in a great way if you’re an actor who likes to feel terrified and exposed.”

Everywhere she goes, Mare is recognized. Part of that comes from her youth — she was a star basketball player in high school. Part of it comes with her interaction with people as a detective.

“The one thing I did feel I had in common with Mare was that real sense of family and how much it means to her to hold it together at all costs,” the mother of three says. “I’d be a lousy detective. But I’d be very good at the coffee and the after-beers.”

Love for family, she says, keeps Mare grounded and drives her.

To understand what it’s like to be a detective, Winslet spent several months with folks at the Easttown Police Department. A sergeant, Christine Bleiler, was quick to point out whenever something felt too heightened. “She would come up to me and say, ‘Mmmm, no, that’s what they do on TV. Don’t do that.’

“I’d get so obsessed with putting the handcuffs on correctly, and she was like, ‘Sometimes it’s messy. Sometimes one of them falls off and you’re like, ‘Oh, shoot. I’ve got to do that again on the way to the back of the car.’ That was how I worked through it.”

Brad Ingelsby, the show’s creator, often recorded his wife — who’s from Delaware County (home to the Delco accent) — when she was talking.

“She’d be having conversations with her parents, and Brad would shove an iPhone under her nose, recording her,” Winslet says.

When she starred as Apple’s head of marketing in “Steve Jobs,” the actress worried about her Polish-Armenian accent. “That was another one (where) I’d be like, ‘Oh my god, I can’t do it. They’re going to fire me.’”

Instead, she got an Oscar nomination.

Filming “Mare” on location, Winslet was surrounded by local actors and customs. “Wawa was a big part of my life for well over a year,” she says of the food and gas chain. Co-star Evan Peters urged her to try its “Gobbler” sandwich.

“If you wanna put yourself into like a food coma, you have to have it,” she remembers him saying. “It’s so great.

“He kept getting this thing, and I’d be like, ‘I’m worried for you now, Evan.’ He was fully committing.”

To play someone like Mare — who’s unlike any of Winslet’s previous characters — she had to knuckle under.

“I’m a very good procrastinator. I can think and think and think and think for a long time. And then I can’t think about anything else. The way I deal with fear is just to really try and honestly face it and do the work. My dad has said to me my whole life, ‘You’re only as good as your last gig, babe.’ And I really do believe that to this day.”

What happens after a girl group’s chart-topping days are over? Do they all move on to solo careers? Or do they disappear from the spotlight?

Renewed TV shows 2021: Find out which series will return for another season

Check out our handy list of renewals across cable, premium channels, and streaming services.

What has the last year been like for Alanis Morissette? “Abject trauma. ... But there are so many silver linings.”

What happens after a girl group’s chart-topping days are over? Do they all go onto solo careers? Or do they disappear from the spotlight?

'The Handmaid's Tale' is far from perfect. Here's why I'm not giving up on it yet

Season 4 of "The Handmaid's Tale" is replete with more pain and misery than any one woman should ever have to endure.

With questions and answers about "Blue Bloods," "Monk" and "The Closer."

Creators of the new show, aimed at toddlers, started with original sketches from “Mister Rogers’ Neighborhood.”

In third and final season for Hulu series, Aidy Bryant's character is ready to call out those who belittled her in the past.

How do they get those virtual guests and audiences for TV talk shows?

Remote video technology has made it easier and cheaper for TV shows to interact with guests from afar.

Virtually there: How do they get those audiences in TV shows?

Is it a talk show if there’s no one to talk to?

Kate Winslet in "Mare of Easttown"

Julianne Nicholson (left) and Kate Winslet in "Mare of Easttown"