With the sun setting closer to lunch than bedtime, winter is the perfect time to find all of your new binges.

Here are the buzziest new TV shows of the season to watch, try or avoid — based solely on trailers and descriptions (no spoilers here).

“The Cleaning Lady” • It’s about time women get in on the gangster game. Unlike Tony Soprano, Thony De La Rosa (Elodie Yung) comes unwillingly, a Cambodian doctor who becomes a cleaning woman in Las Vegas to pay for her son’s medical expenses and ends up cleaning for the mob. But if Fox is going to pull out the “a mother would do anything for her son” card this season, let’s make it as ridiculous as a proper mafia romp. (Debuted Jan. 3, Fox)

“Pivoting” • What, three middle-aged women grieving the death of their fourth best friend doesn’t sound like a laugh to you? Not a historically funny premise, but Fox has branded “Pivoting” a comedy, and anything that puts Maggie Q, Ginnifer Goodwin and Eliza Coupe in the same room — or graveyard — is a winner. (Jan. 9, Fox)

“The Gilded Age” • Julian Fellowes’ long-awaited follow-up to “Downton Abbey” is finally here with “The Gilded Age,” which appears to be a grandiose study of the most pretentious millionaires in 1880s New York society. If you’re going to make a show about obnoxious rich people with blinkers on, you’d better give them great hats. (Jan. 24, HBO)

“Promised Land” • A generational epic about two Latino families vying for land in California’s wine country will almost certainly have someone’s son and someone else’s daughter sneaking around in an illicit affair. (Jan. 24, ABC)

“How I Met Your Father” • “How I Met Your Mother” will go down in history as having one of the worst series finales, right behind “Dexter” and “Game of Thrones.” We can only hope that the showrunners have learned their lesson for the remake, which thrusts Hilary Duff back into the dating scene. Ultimate Nice Guy Chris Lowell is a big draw here, too, but anything to encourage the return of the rom-com is a positive. (Jan. 28, Hulu)

“Monarch” • A great strategy for success is to just let Susan Sarandon do whatever she wants, so if that means playing the over-the-top matriarch of a country music legacy, have at it. Give us the big hair, big accents and big drama. (Jan. 30, Fox)

“Pam & Tommy” • We were sold on “Pam & Tommy” from the very first still image from the set: Lily James caked in fake tanner with a mass of blond hair and Sebastian Stan covered head to toe in tattoos and hair gel. Each subsequent photo and trailer got better and better for this series sparked by the leaked sex tape of Pamela Anderson and Tommy Lee, one of the most infamous viral moments in history. (Feb. 2, Hulu)

“Inventing Anna” • The spectacular story of con woman Anna Delvey felt like it was scripted by Shonda Rhimes from the day the news broke, so it’s only fitting that Rhimes is the one to bring her to the small screen. The tale of the Russian-born fraudster who fooled the Manhattan elite is tailor-made for TV, and viewers won’t soon forget an accented Julia Garner shouting “Anna Delvey’s a masterpiece, b—es.” (Feb. 11, Netflix)

“The Thing About Pam” • At some point, we as a society should evaluate our fascination with brutal crimes, but until then, the scandalous true story about the 2011 Lincoln County murder of Elisabeth “Betsy” Faria and arrest of Pam Hupp is as juicy as they get, especially with a cast including Renee Zellweger, Katy Mixon, Josh Duhamel and Judy Greer. (March 8, NBC)

“Women of the Movement” • Emmett Till’s story should be told again and again until the lessons of the brutal 1955 murder of a young teen in the Jim Crow South are learned, because they certainly weren’t at the time. The limited series “Women of the Movement” tells the story of his mother, Mamie Till-Mobley (Adrienne Warren), whose trauma fueled her work as a civil rights activist. (Debuted Jan. 5, CBS)

“Single Drunk Female” • Both Chuck Lorre’s “Mom” and Freeform’s own “The Bold Type” did something special: They showed that alcoholism isn’t a death sentence, but it’s also not a problem solved with a snap of the fingers. “Single Drunk Female” looks like the successor to the crown with a messy millennial (Sofia Black-D’Elia) whose rock bottom isn’t one disastrous night but rather a string of bad decisions. (Jan. 20, Freeform)

“The Endgame” • Everything about “The Endgame” has been a little vague, probably (hopefully?) by design: It’s about an international arms dealer and criminal mastermind (Morena Baccarin) and the FBI agent who captured her (Ryan Michelle Bathe). A little “Money Heist”? A little “Blacklist”? A little “White Collar”? Probably — and hopefully. If it takes all the best parts of those shows, it could be really fun. (Feb. 21, NBC)

“Super Pumped” • The bizarre characters who make up Silicon Valley are rich templates for Hollywood (see: “The Social Network” and, well, “Silicon Valley”), but the successful ones aren’t — and can’t be glowing profiles of tech bros. This dramatized version of the inner workings of ride-sharing app Uber and the ousting of CEO Travis Kalanick (Joseph Gordon-Levitt) has to know when to pump the brakes. (Feb. 27, Showtime)

“Shining Vale” • Almost no one watched “Cougartown,” so it’s easy to write Courteney Cox off as the Type-A Monica Geller, but the “Friends” alum is actually great at playing flustered and messy. In “Shining Vale,” described as a horror comedy, she’s a former party girl who cheats on her husband and then moves the entire family into a seemingly haunted house. That’s a lot of moving pieces, but as we saw from “Trial & Error” (which no one watched either), creator and writer Jeff Astrof is really good at puzzles. (March 6, Starz)

“Good Sam” • Is there a person alive, fictional or not, more annoying than a know-it-all man? Sophia Bush deserves to lead her own show, and it’ll be nice to see Jason Isaacs outside of the constant “Harry Potter” reruns on TBS, but they — and we — deserve so much better than a doctor and her mansplaining father who can’t handle a woman in charge. (Debuted Jan. 5, CBS)

“Naomi” • Sure, a superhero show by Ava DuVernay hits the right SEO, but please, can we set a limit on TV characters shooting fireballs out of their hands instead of just talking through their issues? (Jan. 11, the CW)

“Peacemaker” • The entire appeal of John Cena’s Peacemaker in “The Suicide Squad” was a big buffoon with a quick trigger finger. And yet early trailers for the sequel series are insistent on convincing us that he’s actually deep and damaged and broken, the perfect example of not even coming close to understanding the assignment. (Jan. 13, HBO Max)

'I made him a hugger': How Bob Saget created the defining TV dad of his generation

Bob Saget was 30 years old when he gave his first hug as Danny Tanner. 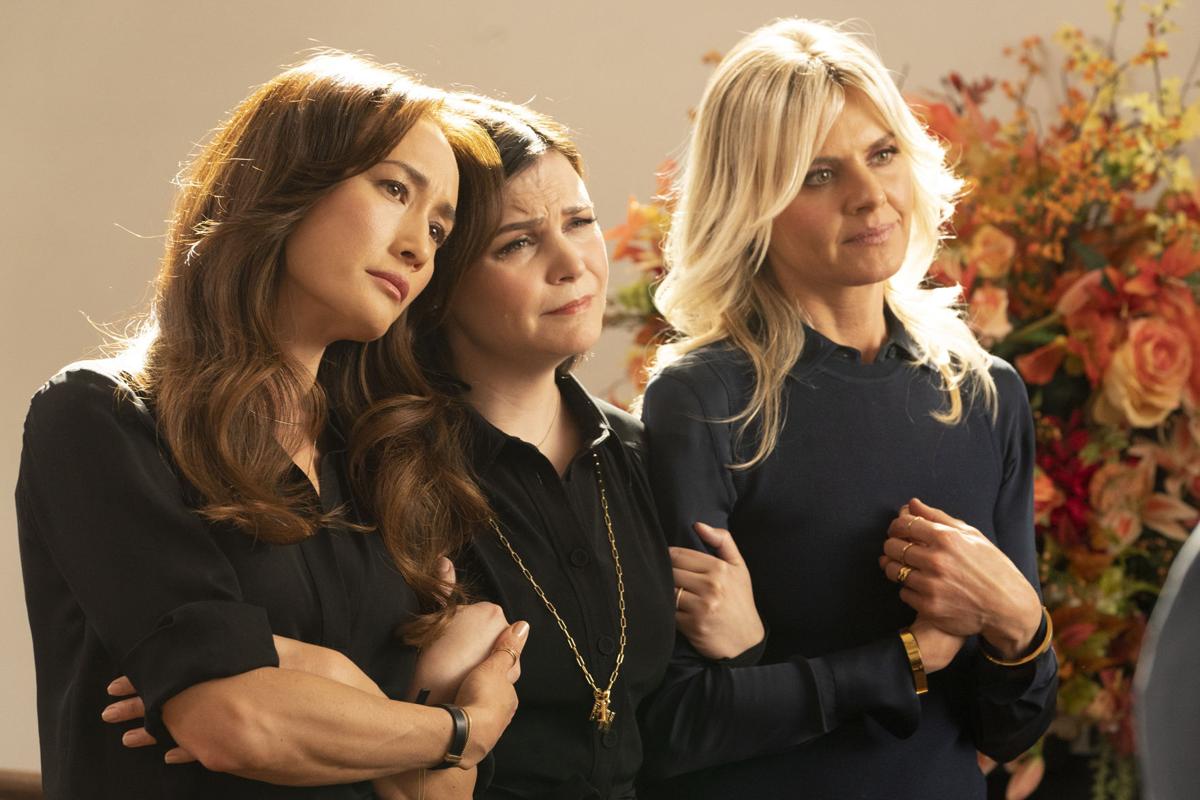 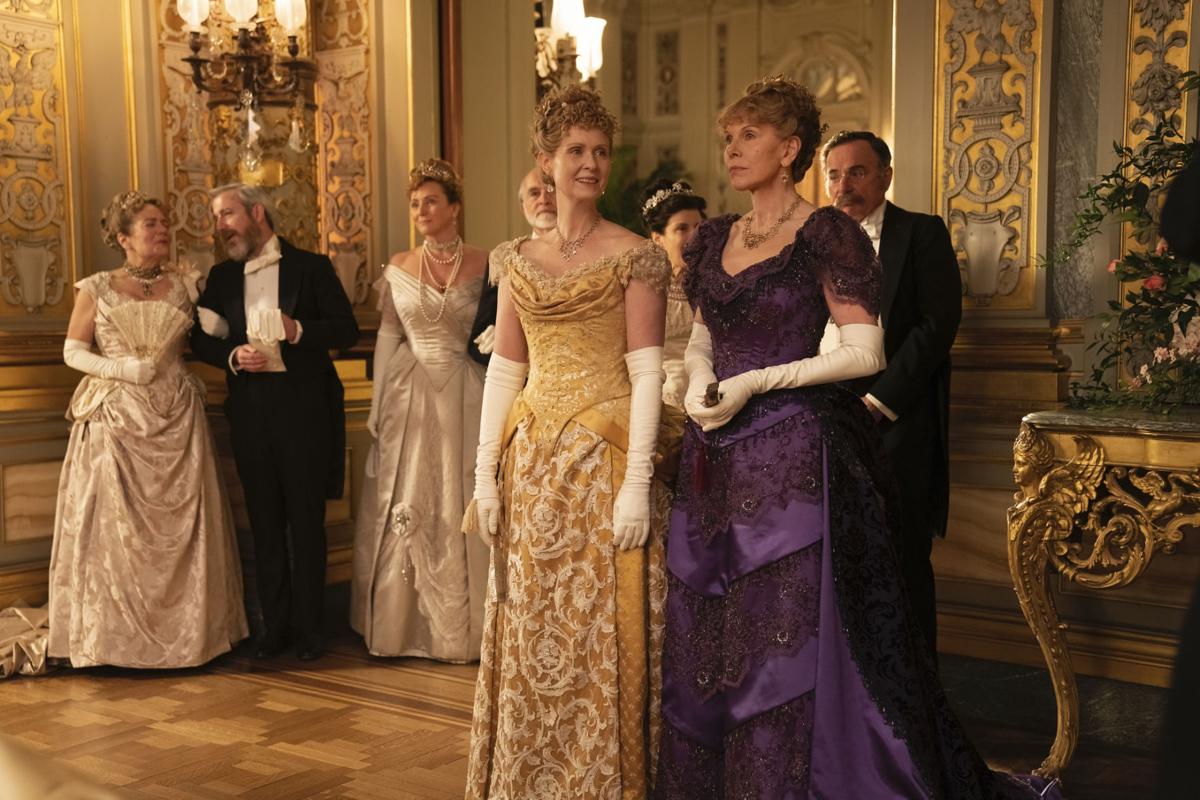 Cynthia Nixon (left) and Christine Baranski in "The Gilded Age" 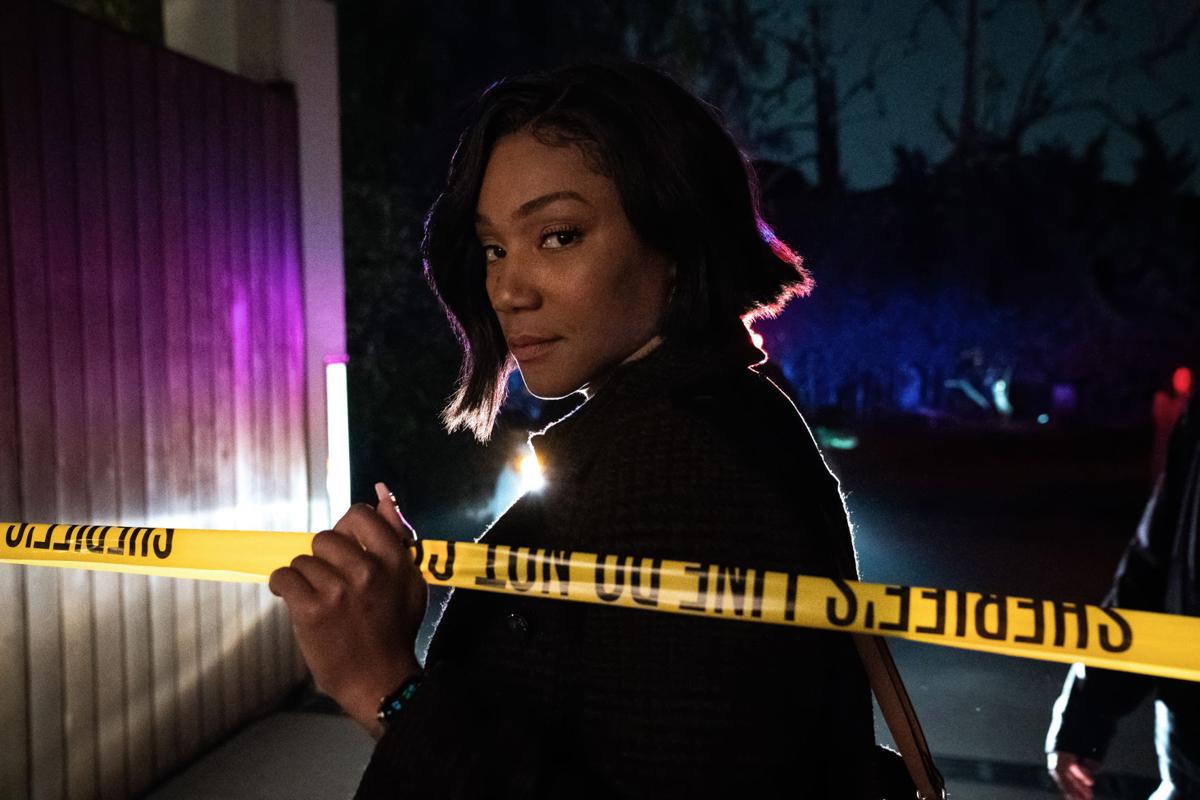 Tiffany Haddish in "The Afterparty" 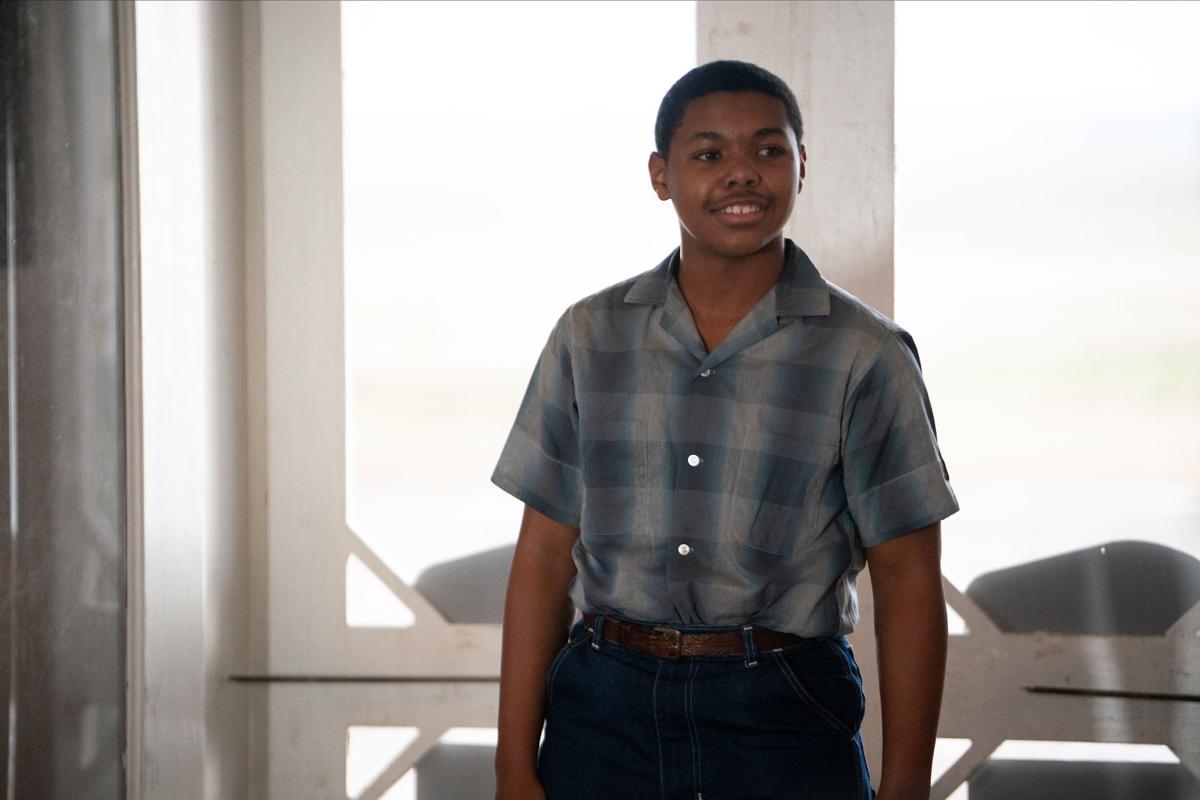 Cedric Joe in "Women of the Movement" 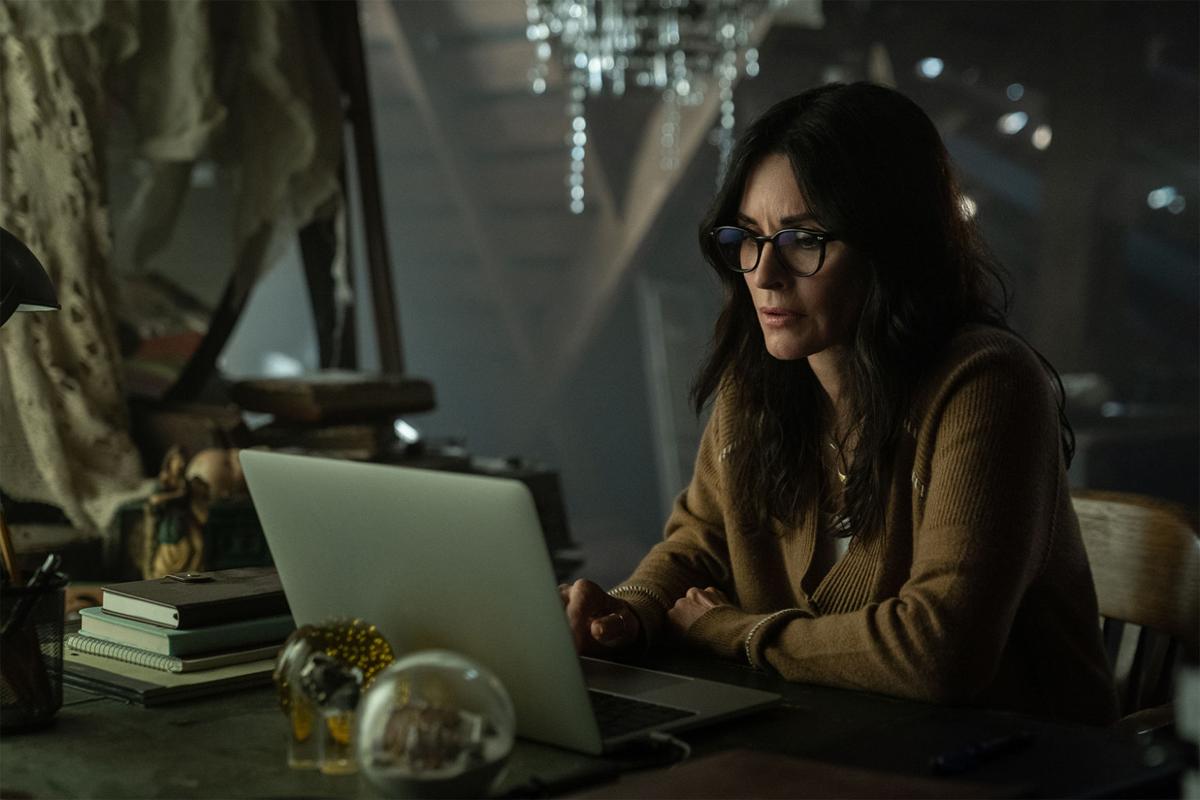