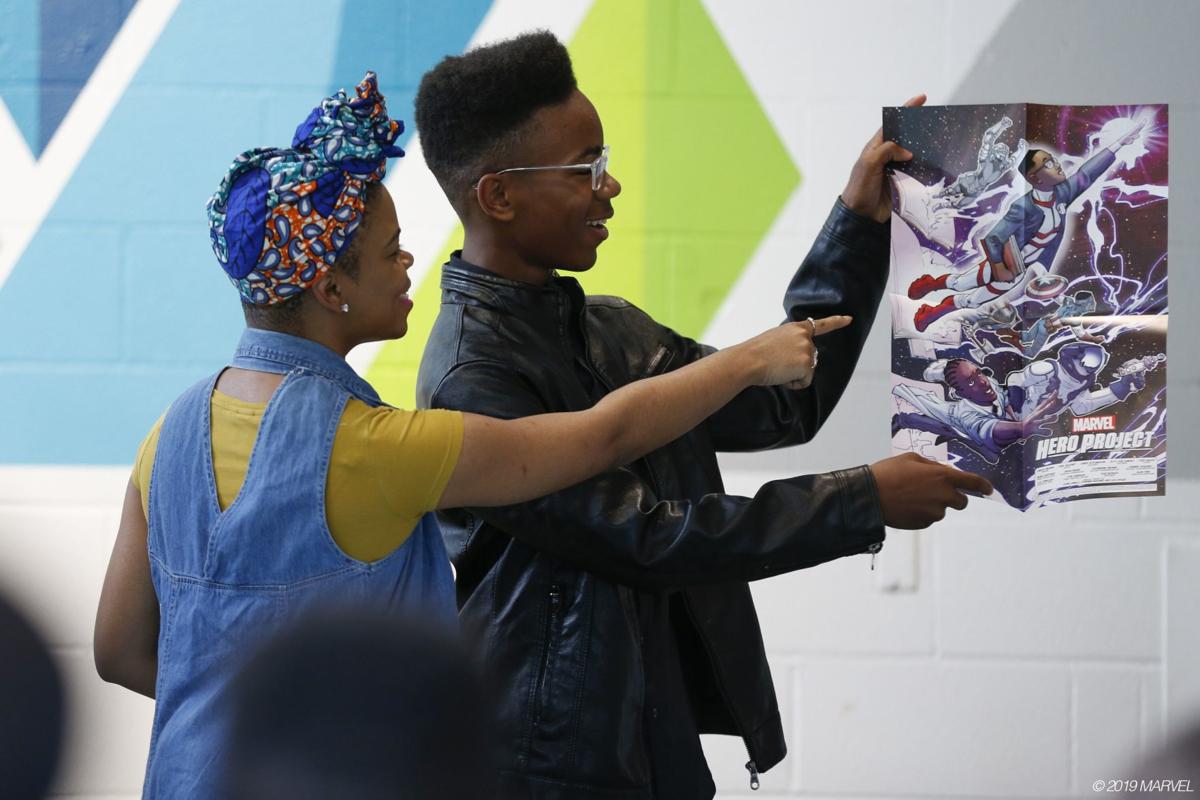 Sidney Keys III (right) is the focus of "The Spectacular Sidney," a half-hour documentary that's part of the Marvel Hero Project. 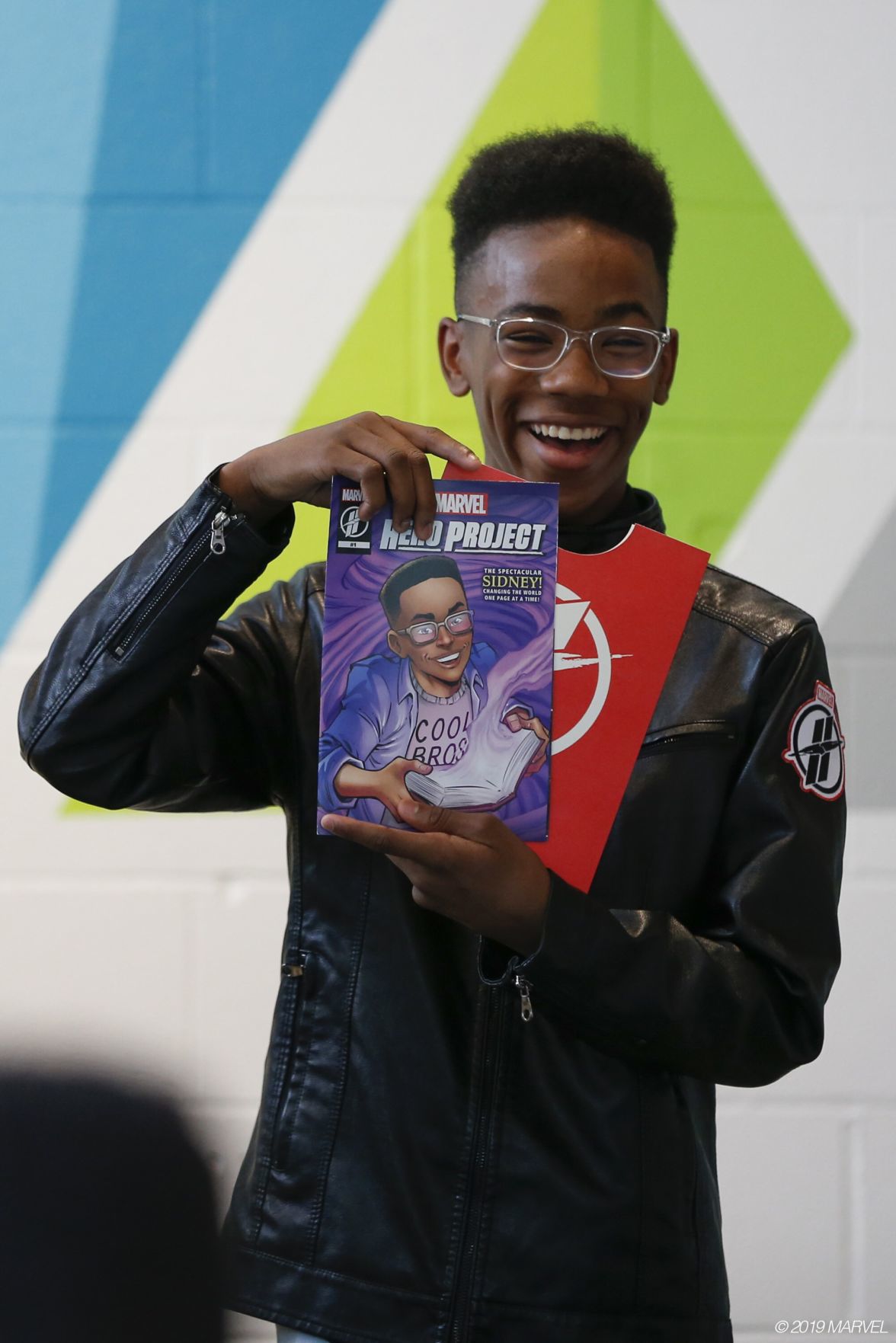 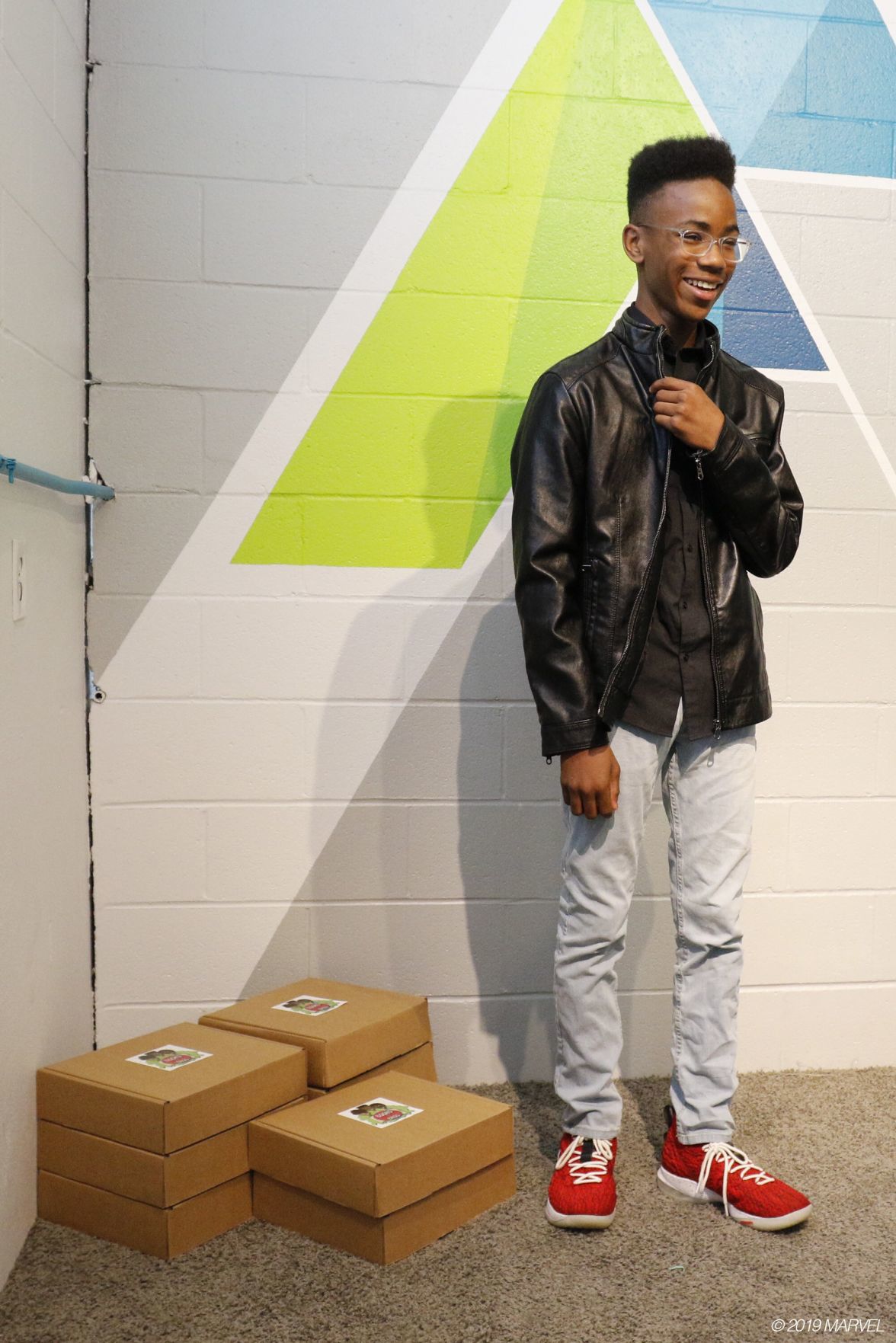 The latest is Sidney Keys III. He is 13 years old.

Sidney is the focus of “The Spectacular Sidney,” available Friday on the Disney+ streaming service. The half-hour documentary is part of “Marvel's Hero Project,” which began its first season in November.

“Marvel's Hero Project” is a series of short films about young people who are making a difference. Sidney is featured because he founded and runs Books n Bros, a book club for African American and other boys 7 to 13 years old.

Sidney, an eighth-grader at Loyola Academy of St. Louis, is an avid reader. A few years ago, his mother took him to EyeSeeMe in University City, the only African American children’s bookstore in the area.

“The school I was going to at the time was majority Caucasian, so I didn’t get to see a representation of myself in the school library. I didn’t even realize it,” says Sidney, who lives in south city.

So entranced was Sidney — 10 years old at the time — that his mother made a Facebook Live video of him reading “Danny Dollar Millionaire Extraordinaire” at the store. It went viral, eventually being viewed 65,000 times.

“Since I was a big fan of the books that I was reading, I asked the bookstore if there was a book club I could join,” he says. “They said there was, but there was a catch: It was all girls. So I asked if I could start a book club for boys.”

From the start, the club was called Books n Bros. A group of boys would meet at the store. Sidney would pick the book each month and lead the discussion about it, crafting the questions along with his mother. After a few months, Books n Bros outgrew the bookstore space and moved into a Microsoft store.

But then NBC News did a segment about the group. It grew so much that it had to move into space provided for free by the Ferguson Youth Initiative.

Membership now stands at more than 150. Many of the boys are from other states and participate in the meet-ups, as Sidney calls them, via Skype. Additional assistance is provided by adult mentors called Big Bros.

The cost for membership is $25 per month, which includes a copy of the book and shipping costs.

“It’s not really about the money. I do it to promote African American literacy. Kids, especially kids of color, like to read books that they can relate to,” Sidney says.

Books the group has read include “Danny Dollar Millionaire Extraordinaire,” of course; graphic novels “The New Kid” and “The Supadupa Kid”; “March,” which is about civil rights legend John Lewis; and “Hidden Figures,” which was turned into a movie, about black women working at NASA during the space race.

Books n Bros has a nonprofit side, too. Chub Cares: Adopt a Bro allows people to sponsor memberships for youngsters who can’t afford to join the club. The initiative is named for Sidney’s late uncle, “Chub” Caldwell, whom Sidney said tested as “really smart” but nevertheless was deemed to be a special-needs student. He was bored in school and found his way to the streets, Sidney said.

Being the subject of a documentary “is really surreal,” Sidney says. “I wouldn’t have thought, maybe two years ago, that I would be on Disney. It’s really crazy. Seeing it on Disney and seeing the Marvel logo with all of the comic pages whipping, that’s just crazy.”

What “The Spectacular Sidney” watch party • When 7:30-9:30 p.m. Friday • Where Innovation Hall, 4220 Duncan Avenue • How much Free but RSVP required • More info booksnbros.com

Jo Firestone is among the "next generation comic savants" to write and perform sketches.

Jim Lehrer, the legendary debate moderator and former anchor of the "NewsHour" television program, died Thursday. He was 85.

Sidney Keys III (right) is the focus of "The Spectacular Sidney," a half-hour documentary that's part of the Marvel Hero Project.