'The Busch Family Brewed': Who's who on the MTV reality show set in St. Louis
0 comments
Share this
{{featured_button_text}}
Beth O'Malley

Updated: With information about the custody battle between Billy Busch Sr. and Angela Whitson.

When your surname is plastered all over a baseball stadium and is also synonymous with beer, what can you do to become even more of a celebrity?

If you're Billy Busch Sr., you star with your family in a reality show on MTV.

"The Busch Family Brewed" airs at 8 p.m. Thursdays, starting with two back-to-back episodes March 5. Most of the series was filmed in St. Louis.

As the family heads to television, here's a primer on who's who.

First: The show does not center on the family of the Busch whose girlfriend died from an overdose in his Huntleigh home in 2010. That one is August Busch IV.

He is the half-uncle of Busch IV, who was the CEO of Anheuser-Busch when InBev purchased it in 2008.

Busch Sr. is one of seven children of Gertrude (the third wife) and Gussie Busch, the near-mythical owner of the Cardinals — oh, and Anheuser-Busch.

"I’ve always been passionate about brewing, because it’s in my blood," he said in a news release announcing the closure. "I hope to one day return to this great American-led industry."

Oh, you wanted more about the sixth-grader?

Busch Sr. was accused of grabbing an 11-year-old boy and pushing him into a wall in 2017 after an altercation between the boy and Busch's son, who also was in sixth grade at the time. The incident happened during a basketball practice at Chaminade College Preparatory School.

Busch Sr. said, through his attorney, that his son was being bullied. The family of the other boy denied that claim.

As a young man, Busch Sr. had several widely reported scrapes with the law.

In 1981, prosecutors declined to press charges after Busch bit off another man’s ear during a late-night brawl outside a south St. Louis County tavern. Busch, then 22, told police that the other man started the fight.

A year later, Busch was charged with assault after an employee of a Naugles restaurant in Fenton accused him of reaching through the drive-thru window and striking him in the throat. Busch was acquitted after testifying that the worker made an obscene remark over a loudspeaker about Busch’s mother and that his hand barely grazed the worker.

Billy Busch and his family were in the news in 2017 when the siblings argued over the future of Grant's Farm. Billy Busch (and others) opposed a plan for the St. Louis Zoo Association to buy the farm. Eventually, a group of Busch family members purchased the farm from the family trust, keeping it free and open to the public.

Back in 1988, Busch Sr. was involved in a tabloid-esque custody battle with Angela Whitson, the mother of his then-5-year-old daughter. The two dated in the early 1980s, and had a falling out in 1987 over child support. Busch traveled to California, where his daughter lived with Whitson, and brought the girl and her half-brother to St. Louis for a two-week visit, but then refused to return them. Whitson then sued. The two traded accusations of neglect until a judge ruled in 1989 that Busch would get sole legal and physical custody.

In a Missouri Supreme Court decision on the case, one of the judges wrote of Busch: "I doubt that he will allow his daughter to stand in the way of his pursuit of transient pleasures, but he no doubt will provide competent hired care of her when he is not present."

Bill McClellan wrote, in a column at the time: "Maybe that makes sense. If neither parent comes across as an ideal parent, maybe the scales of justice ought to tip to the one who can afford to hire a good nanny."

OK, now that we know more about Billy Sr., let's move on to the rest of the family, with information from their MTV biographies.

Christi, wife of Busch Sr., is "the quintessential helicopter mom" who "admittedly struggles with loosening the reins on her children." (Clydesdale pun!)

Billy Jr. played football at Priory and was a running back at the University of Mississippi. On the show, he's dating Marissa. Her MTV bio says the two have been dating for a year, but a Facebook photo shows the couple at the 2017 Veiled Prophet ball. Billy Jr.'s bio says "he finds himself at odds with his family over his girlfriend ... and whether or not she has the right 'motives.'"

Haley (Villa Duchesne) is described as an actress; her IMDb page lists three credits, the most recent in 2016. She's dated Clark for eight years, "but now she feels torn between waiting on Clark to propose and pursuing an acting career in Hollywood."

Abbey "hates St. Louis and has found her forever home in Florida with her serious boyfriend, Matt." Abbey and Matt LaMarr have accused a former St. Louis police officer of attacking LaMarr while the two were at the Wheelhouse downtown in May 2019.

Gussie played football as a linebacker for Priory and was named to the Metro League all-conference football team in 2013. He played for the University of Alabama as a walk-on. A 2015 sports story in the Tuscaloosa News focuses more on his family legacy than on his athletic abilities. “I’m just like any other person," he said in the article. “My parents definitely make me earn it, work hard. I’ve got to get a degree so I’ve got to be on track."

Gussie apparently also enjoys being shirtless and pouring beer on himself; he's described in his MTV bio as a "ladies' man."

Maddie, the youngest girl, is "always ready to drop more wisdom than her family is ready for."

Peter "is the spoiled baby of the family." His Instagram bio says he's in the CBC class of 2024.

The daughter of Angela Whitson is not listed as a cast member on the show.

MTV's promotional teasers indicate that Kräftig is as much of a character of the show as the family members. Too bad we know that it dies.

We'll leave you with this take on the show, from Post-Dispatch cartoonist Dan Martin:

From 2008: Anheuser-Busch started small, grew to rule the roost, and got plucked.

What "The Busch Family Brewed" • When 8 p.m. Thursday • Where MTV • More info mtv.com/shows/the-busch-family-brewed

Joe Holleman of Post-Dispatch provided information for this article.

Read our full season of recaps for 'The Busch Family Brewed'

BO: The episode opens on wholesome, all-American, Midwestern fun. You know: slip-and-slides into a lake, beer-pong games, bros comparing their…

GH: Now that the heavy lifting is out of the way, we can get to the drama! The family is gathered in the kitchen, having a very important disc…

BO: Haley, 25, is with her sisters, sharing lipstick and packing for a European trip with her boyfriend of eight years, Clark. “He’s really th…

BO: The eldest bros pull up at the farmhouse, which is overly country-styled with chicken decor. I see why they want to live there: The chicke…

BO: Haley, Grace and Maddie go with their mother to Bowood Farms and Cafe Osage in the Central West End for no reason at all — except to terri…

GH: Back to the “farmhouse.” An electric keyboard seems to be the only thing Gussie packed. Oh, and a boat captain hat.

GH: We’re back at the lake, with lots of majestic, sweeping shots of the sky and glistening water. Haley and Clark sit on the dock, talking ab…

End of the trail

GH: It feels like the episode is winding to a close. (Please?) Billy Sr. and Christi ride down a gravel road in an old-timey wagon pulled by a…

GH: Previously on “The Busch Family Brewed,” we met a bunch of people who live in one house and are preoccupied with whether one of them is ab…

GH: Friend of the Busches Jake has returned, and he’s schlepping a keg of — what else? — Kräftig down the hallway to a room we’re seeing for t…

GH: Maddie is excited to attend her first prom, so she goes with her mom and sisters to pick out a dress. After a few shots of the Gateway Arc…

GH: Here we are at the family shooting range. All the menfolk are present.

Having 'the talk' again

GH: Back at the mansion, it’s the day of Maddie’s prom, and sex talk rages on. How old was Mom when she lost her virginity? Next question. Chr…

GH: Haley and Gussie venture into the city for a meal at Small Batch in midtown, about 40 minutes from Defiance.

GH: It’s time for another haphazardly edited mishmash of B-roll! Haley and Clark have arrived at Olive + Oak in Webster Groves, which we see, …

GH: Look — it’s Billy Sr., Christi and the Clydesdales! If this is going to signal the end of every episode, can they please also close with a…

The new brewery will focus on artisan, small-batch beers and craft, barrel-aged whiskeys, in addition to Kraftig beer.

Anheuser-Busch heir William K. "Billy" Busch was charged in March with fourth-degree assault, a municipal ordinance violation, for allegedly grabbing an 11-year-old boy and pushing him into a wall after an altercation between the boy and Busch's sixth-grade son.

Family feud over? Grant's Farm will stay free and open to the public

The farm would be operated by Anheuser-Busch InBev under a lease from the family, similar to the arrangement that has been in place since InBev purchased Anheuser-Busch in 2008. 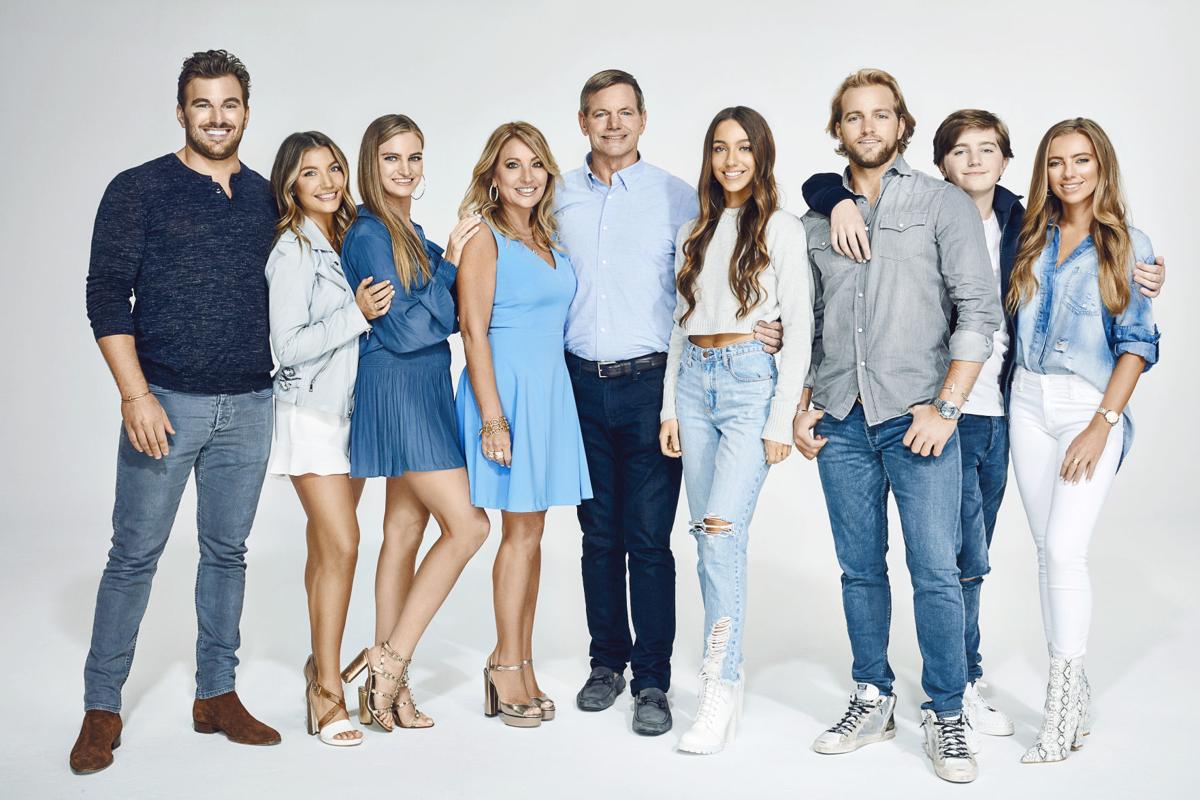 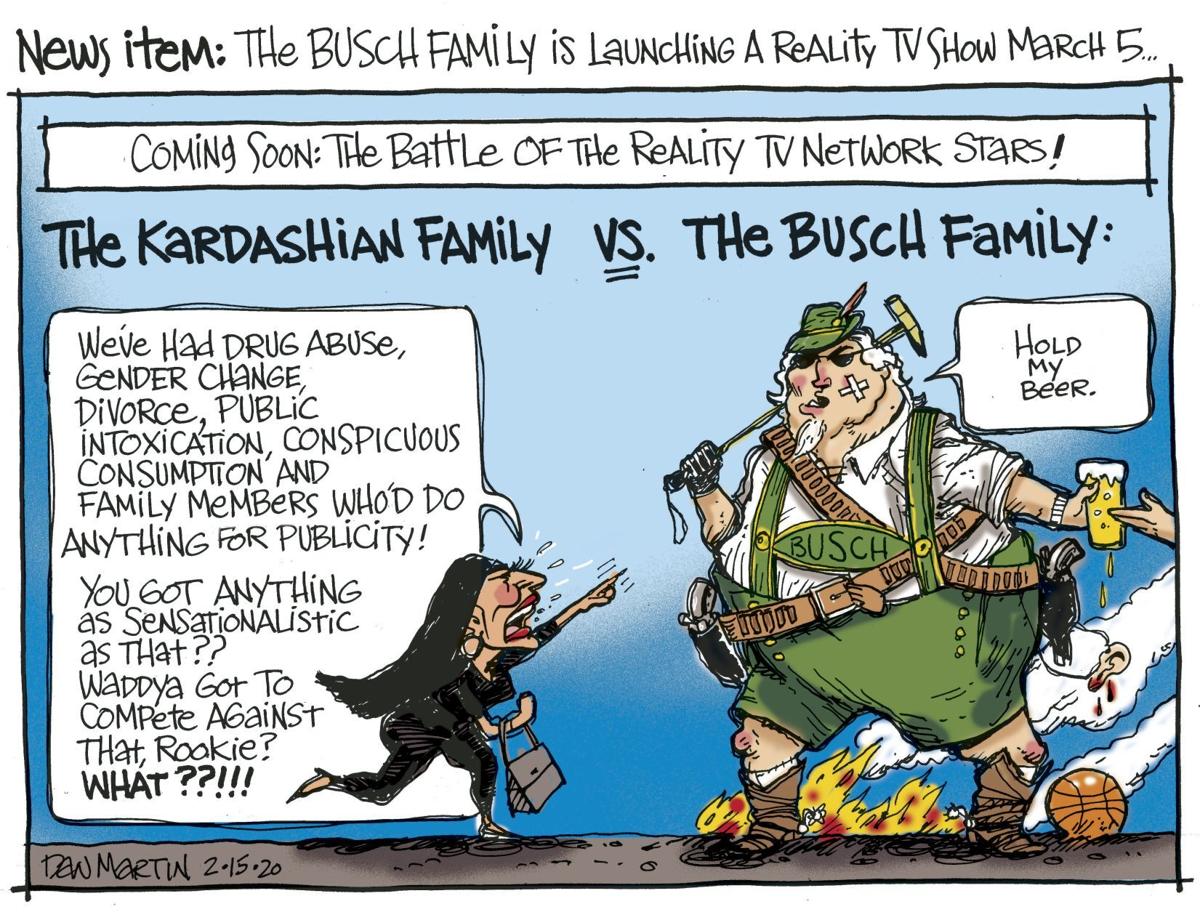