The case for Catherine O'Hara: Why the 'Schitt's Creek' star deserves an Emmy
0 comments
Share this
{{featured_button_text}}

LOS ANGELES — Why is this Emmy nominations morning different from all other Emmy nominations mornings? It's the last chance for "Schitt's Creek," which ended its run earlier this year, to get in that game. And it has, with nominations for Eugene Levy (lead actor) and Catherine O'Hara, who deserves to take home a lead actress Emmy as Moira Rose, the self-dramatizing, language-massaging, ultimately touching mother in a family that lost all its money, moved into a small-town motel and, over the course of six seasons, found one another.

This is O'Hara's sixth Emmy nomination, including one last year for comedy actress for "Schitt's Creek" and one in 2010 for the HBO miniseries biopic "Temple Grandin." Her only win was in 1981, as part of the writing staff of "SCTV," an award she shared with her "Schitt's Creek" co-star Eugene Levy, among others.

"Our show is a bit of a late bloomer," O'Hara told me last year, two days before production wrapped on the series finale, "and I'm grateful for that. Who wants to peak early?" It's as true of her career as it is of the show, which had lived for a few seasons on PopTV before reruns on Netflix awakened the wider world. O'Hara has always worked, but in Moira Rose she's created a cultural touchstone. Moira's is the face (and voice) that launched a thousand memes; she's the subject of fan art and fan crafts. There are Moira mugs and socks, face masks and votive candles, earrings and paintings waiting for you on Etsy. O'Hara is posing in glamour photos for Vanity Fair — although she wields a leaf blower in one.

Sterling K. Brown, a 1994 graduate of MICDS who grew up in Olivette, again received a nomination for lead actor for his role in "This Is Us" and for his supporting role in the comedy "The Marvelous Mrs. Maisel."

Awards are nice, of course, though they are in no sense a necessary seal of approval. The reward is in the work. It's an honor just to be nominated, they say, and it's good to be seen, but talent needs no stinking badges, no golden trophies. As a fan of "SCTV" in its original, late-night, almost sub rosa run, I have been in love with O'Hara's work for a long time now. I didn't need the Academy of Television Arts and Sciences, or the Motion Picture Academy, for that matter, to tell me she's great.

She has been a public figure for more than four decades, though often in hidden in cult series and films, ensemble pieces or small parts, or as a voice behind a cartoon character or animated puppet (she was the rag doll heroine in Tim Burton's "The Nightmare Before Christmas"). In person, she has what can seem, to an American, a particularly Canadian quality of presenting herself as nothing special, as nearly dull. She is the polar opposite of Moira in that respect, though by the end of "Schitt's Creek," having learned a thing or two about family, community and love — literally a couple of things, but enough — Moira is that much closer to the woman who plays her.

Her film career includes mainstream and art house comedies, with some dramas mixed in for good measure, though much of her comedy is fundamentally dramatic, and, at its most absurd, never less than real. On the popular front you find, most famously, "Home Alone" and "Home Alone 2," films to which she "never felt attached," but which certainly had something to do with her hosting "Saturday Night Live" in 1991 and 1992 and which were, until "Schitt's" — and maybe even now — the source of her widest fame. Moving further afield, there were Tim Burton's "Beetlejuice," Martin Scorsese's outlier comedy "After Hours," and the four semi-improvisational comedies Levy co-wrote with Christopher Guest — "Waiting for Guffman," "Best in Show," "For Your Consideration," in which she plays an actress hoping for an Oscar nomination, and "A Mighty Wind," in which she and Levy play a reuniting folk duo, managing a difficult past. It is a remarkably tender performance, one that never tries for laughs.

On television, there have been many guest shots, including "The Larry Sanders Show," "Six Feet Under," "Curb Your Enthusiasm," and "Modern Family." In 2018, O'Hara played the villainous optometrist Dr. Georgina Orwell, in the Netflix adaptation of "Lemony Snicket's A Series of Unfortunate Events," in two episodes directed by her husband, Bo Welch (also the series' production designer). Coming out of improv and sketch comedy — and on "SCTV," unlike "SNL," the bits could fly by — O'Hara learned how to communicate a lot about a character in a short time. (There are levels even to her Brooke Shields imitation.) But "Schitt's Creek" was the first time since "SCTV" that she starred in a series, and the first time she's played a single person over such a long period of time. It's given her the opportunity to dig deep, to find the subtleties in a seemingly outrageous character.

It's no knock against a brilliant ensemble — also including Eugene's son and series co-creator Dan Levy, Annie Murphy, Emily Hampshire, Noah Reid, Chris Elliott and Jennifer Robertson — to say that Moira was the series' breakout character, a fantastic creature no more likely for having been caught on film, and yet never less than human. Moira has her own way of speaking, of dressing, of processing information, defining her place in the community by overestimating her importance to it — which signifies, conversely, that the community matters to her. She is capable of kindness, even if it does grow from a misplaced sense of pity.

You can play a premise like this without heart: Look at the rich people squirm. In less ambitious hands, in a less ambitious time, the Roses might have been the Howells, stuck on "Gilligan's Island," merely an occasion for jokes about money and the clueless uselessness of the privileged. (I'm not saying they weren't funny.) From the beginning, O'Hara spoke of their "suffering."

The first time we talked, back in 2015, before the show had even aired in the U.S., O'Hara said that in playing Moira she wanted to avoid doing "snooty rich lady." "I'd rather do someone who thinks that she's of this world and hip and avant-garde and has been everywhere and is cultured. And who knows about her past? ... I like to think she's really threatened by this small town life — because she's been there, you know? And I like to think of her as more vulnerable than just snobby or superior. I think it's way more insecure."

That's to say that the Moira we know is a character Moira herself has been performing for so long that she has vanished into it. With her wall of wigs, her couture carapace, she's a restrained variation on Lola Heatherton, her "SCTV" satire of over-the-top showbiz enthusiasm. ("I want to have your baby!" was Lola's trademark expression of approval, followed by a giant cackle.) She is a heroine who doesn't understand the nature of heroism; she thinks her journey is to revive her acting career and get out of "Schitt's Creek," when it is really to become a loving mother. (She is always a loving wife; the show is old-fashioned in that respect.)

Beautiful without seeming to be, O'Hara can come across as glamorous, eccentric or average as the occasion demands. What looks like quirkiness is really an expression of her intelligence, and an actor's delight in playing in rough waters; she is unafraid to embarrass herself, happy to look difficult. But her creations are always human, and like the show itself , they can can go from ridiculous to heartbreaking in a breath.

"It's lovely isn't it?" she said last year, as the show wound down. "It's not like you stop laughing so you can cry, you stop crying so you can laugh — it's all mixed in. It's cliched to say, but it is like life."

TV Q&A: Why the actress switch on 'Black Lightning'?

With questions and answers about "NCIS: New Orleans," "Tacoma FD" and Lawrence Welk.

Ellen DeGeneres, who has seen a ratings hit after allegations of running a toxic workplace, is ending her longtime-running talk show.

Tim Federle wasn’t like the kids portrayed in “High School Musical: The Musical: The Series,” which begins a second season May 14 on Disney+.

TV Q&A: Looking for specific version of 'The Equalizer'

With questions and answers about "The Resident," "Grey's Anatomy" and "Two and a Half Men."

Renewed TV shows 2021: Find out which series will return for another season

Check out our handy list of renewals across cable, premium channels, and streaming services.

Titus Welliver will return in an IMDb TV spinoff following the end of the Amazon series. 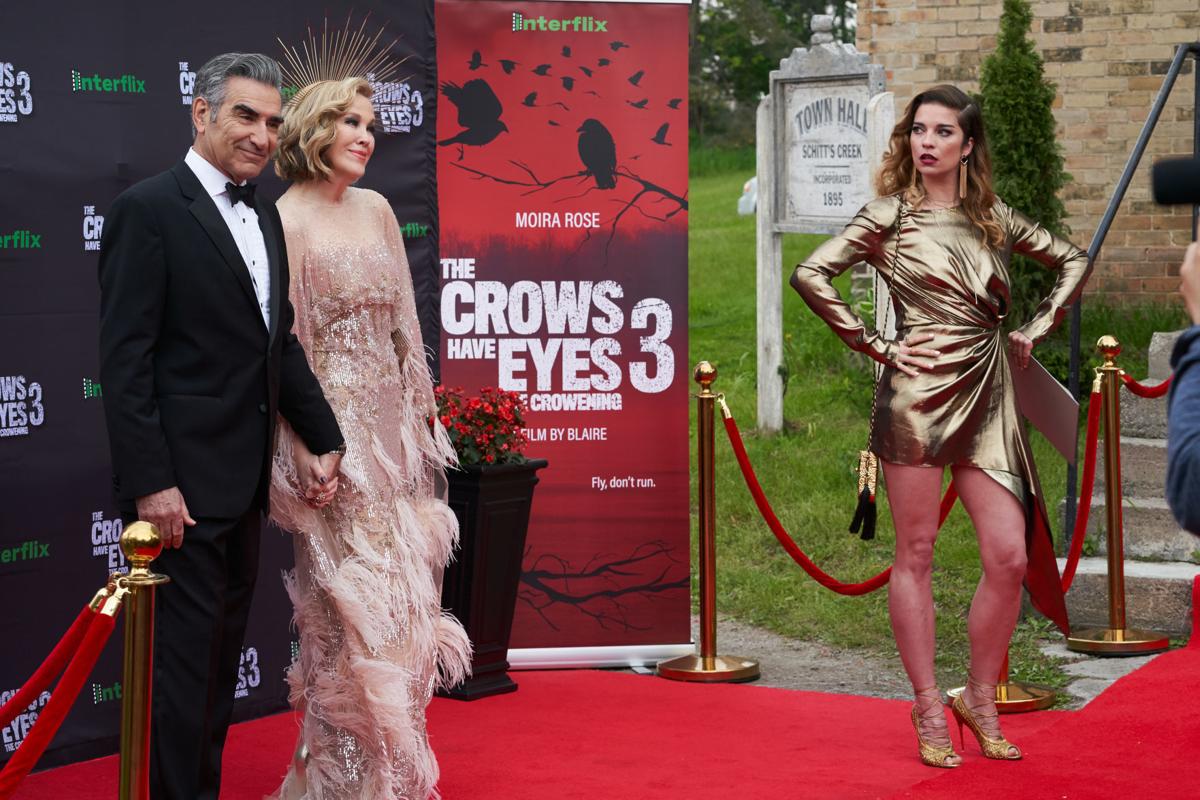 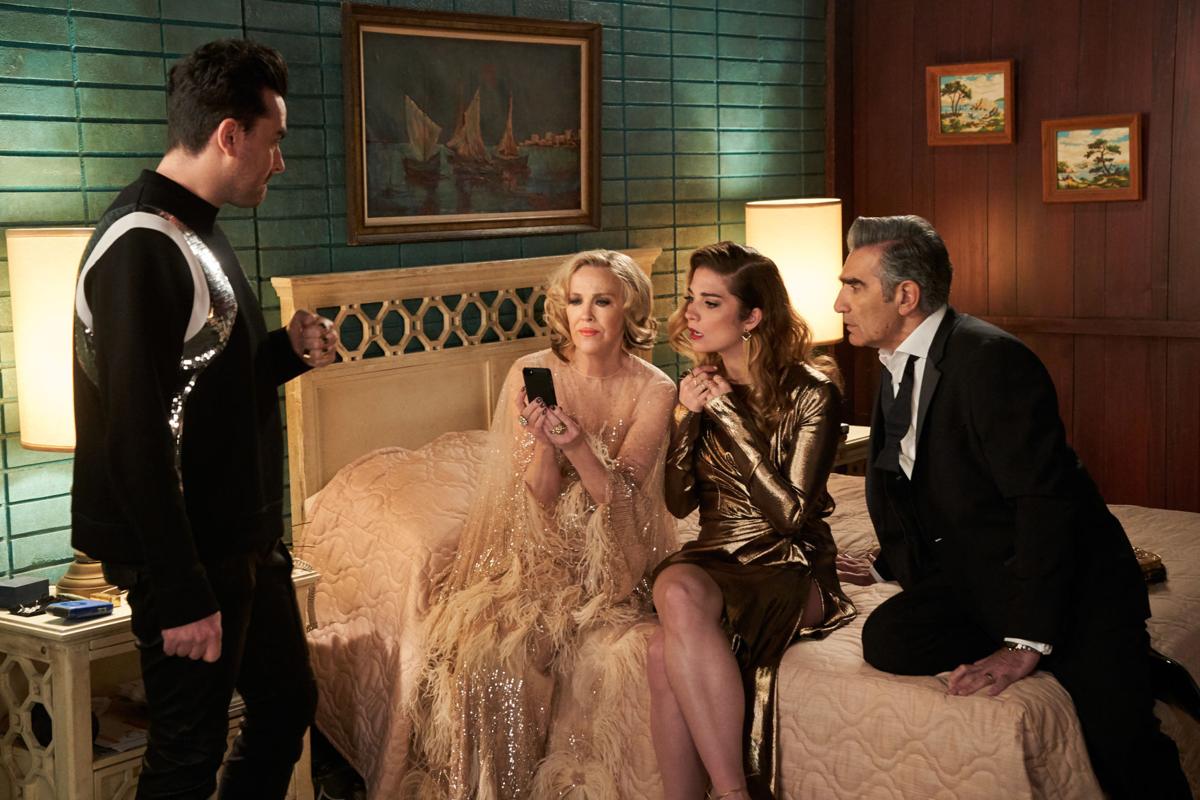 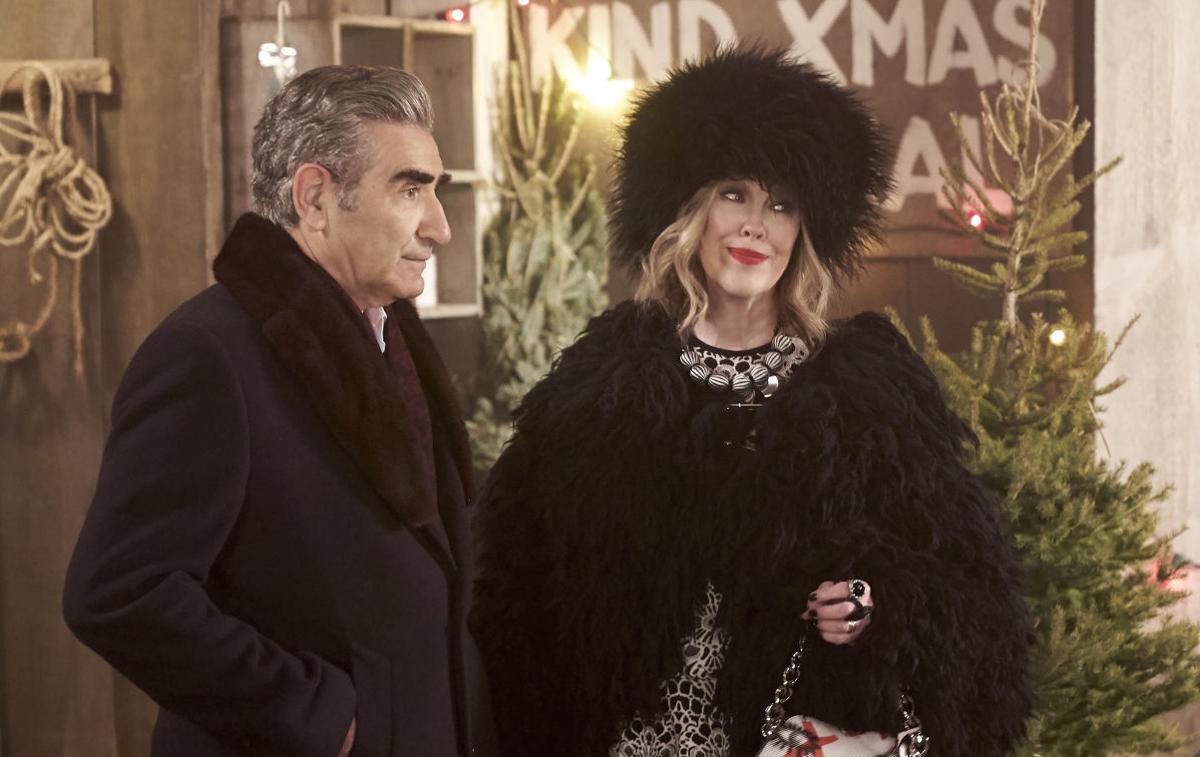