‘The Daily Show With Trevor Noah” has gone from being jokes about the news to, more and more, the news with some jokes. If comedy is tragedy plus time, perhaps this is a natural evolution when we’re too close to the second part of that equation to produce a lot of laughs.

But from the location of what’s being called “The Daily Social Distancing Show With Trevor Noah” (his New York apartment), the host says, “if anything, it’s an unnatural evolution. Sometimes you are forced to become more of yourself because of something that happens to you or the world around you.

“I think I’ve always had radical ideas of what ‘The Daily Show’ could become, but I’ve never taken for granted you’re working with something you’ve inherited and you’re trying to design something whilst also doing it. It’s like redesigning an airplane while you’re flying it, you know? It’s not exactly the safest thing to do.”

“The Daily Show” was among the earliest of adapters to a COVID-19 world. It’s not just that Noah and the show’s stable of correspondents are broadcasting from their homes; the show also has a robust social media presence, it has expanded from its 30-minute slot on Comedy Central to 45 minutes, and Noah has increasingly folded in the low-key vibe of his Emmy-winning “Between the Scenes” streaming shorts (in which he speaks to the audience about important issues in a relaxed, non-performance way).

Audiences are responding. The show has increased its viewership by more than 50% and has logged more than 2.8 billion views on Facebook, Twitter, Instagram and YouTube so far this year — the most of any late-night show, according to data tracking site Domo and data measurement platform Tubular. The show had racked up a handful of Emmy nominations since the host’s tenure began in 2015. This season alone, it has six (including for “Between the Scenes”).

“I think in many ways I’m meeting an appetite by satisfying my own,” Noah says. “I’m going to try to voice my opinion and step out a little more than usual. I owe some of that thinking to a friend and mentor by the name of Dave Chappelle. He said: ‘Anyone can be funny; not everyone is interesting. Don’t discount your point of view, the world you’ve lived in, the country that has shaped you, the journey that you’ve lived through in how you see the world.’”

Born during apartheid (when Noah’s very existence as a mixed-race child was illegal), the Johannesburg, South Africa, native has witnessed a nation in upheaval before. He recognizes it now.

“Living in this period in America, as much as I hate to say it, a lot of the things that I’m seeing are similar to what we experienced in South Africa. Mass unemployment, a government that doesn’t seem to have the best interests of the people at heart. People who are getting angrier and angrier.”

Among the earliest of the serious deep dives Noah felt emboldened to take was a nine-minute video of him soberly addressing the realities of race in America in the wake of the killing of George Floyd and other similar events (9 million views) and a 13-minute interview on the show with immunologist Dr. Anthony Fauci (nearly 12 million views).

“I realized that the time on our show would be better spent with Dr. Fauci than trying to satirize things that were happening in the news ... that this is what people wanted to know,” Noah says. “In all honesty, that’s all I wanted to know. That day, that’s all I cared about. I just wanted to know if our packages are safe (to touch) and what’s going on with the virus, how the virus was transmitted, et cetera.

“I came to realize the show during this time has no rules. The show will be what it needs to be on the day. We’re trying to create as much as we can with what we have. And we’re also trying to create a show that’s as honest as it can be.”

Noah also acknowledges that staying in New York, as he did through the terrifying early days of the pandemic, “really shaped how I was making the show.

“We’re in a similar position in more ways than we’ve ever been to many in our audience. We’re not coming to you from a glitzy, glamorous world. I’m not in a studio. I’m in my apartment.”

One thing that hasn’t changed is that “The Daily Social Distancing Show” is still, at its essence, a comedy program.

“I believe in the importance of jokes. I will never lose that. I always tell people: ‘Jokes are what made me. That’s how I see the world.’ But maybe because the show has more time as well, I no longer have to choose between ‘Joke’ and ‘What I want to say.’”

55 years ago: 'Lost in Space' and 'Green Acres' made their TV debuts. Here were our original reviews

The epic night of TV programming also featured the debuts of 'Gidget,' 'I Spy' and 'The Big Valley.' Watch the trailers and read the first-take review.

The host also addressed the allegations that the off-camera DeGeneres is very different than her sunny on-air persona. "The truth is I am that person that you see on TV," she said.

Brace yourself for what might be the weirdest fall TV season ever.

The 'Pandemmys' were weird and sometimes wonderful

It was Regina King, winning her fourth career Emmy on Sunday, who perhaps summed up the proceedings the most succinctly — and accurately: “Thi…

"Schitt's Creek" made history at Sunday's Emmy Awards with a comedy awards sweep, something even TV greats including "Frasier" and "Modern Family" failed to achieve.

Brace yourself for what might be the weirdest fall TV season ever.

Produce the Emmys during a pandemic? East St. Louis native is up to the challenge

Reginald Hudlin, a filmmaker and former television executive originally from East St. Louis, is producing the broadcast. It's a tough job under normal circumstances, but this year a pandemic is changing everything.

Canceled TV Shows 2020: Which of your favorite series are coming to an end?

A roundup of all of the shows that are coming to an end this year.

Emmy predictions: ‘Watchmen,’ ‘Schitt’s Creek’ and ‘Succession’ are the ones to watch

Who’s leading the pack? By category, here’s how the 2020 race shapes up. 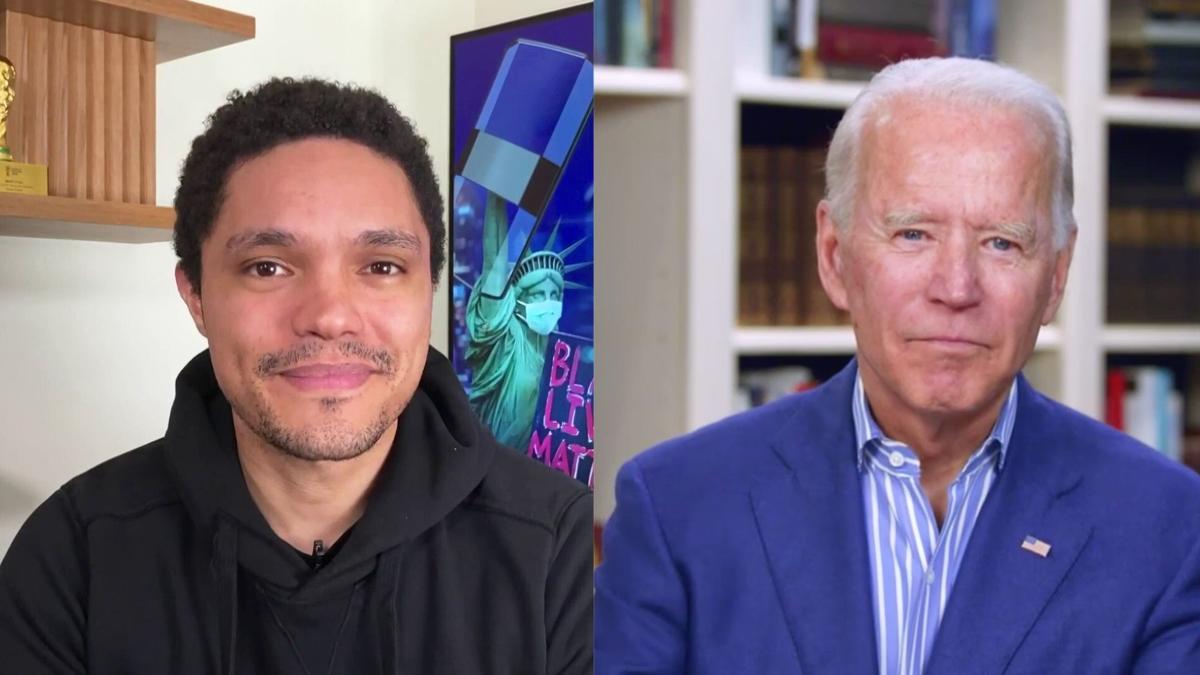 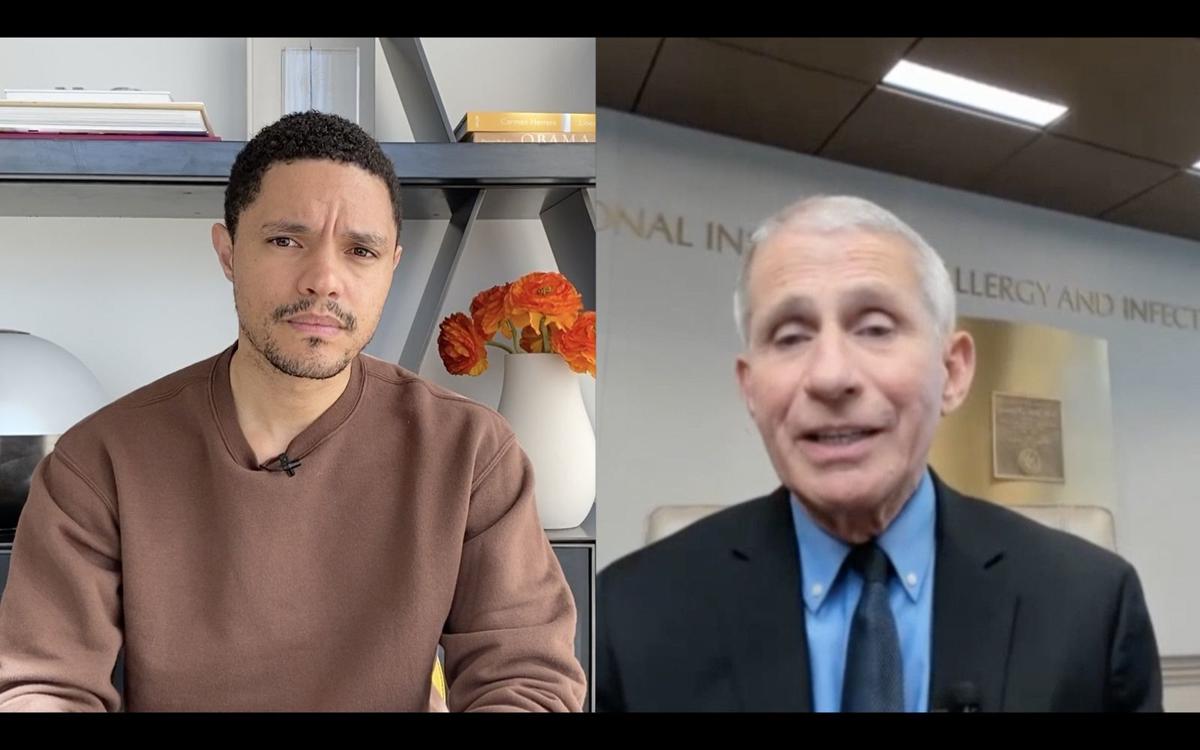 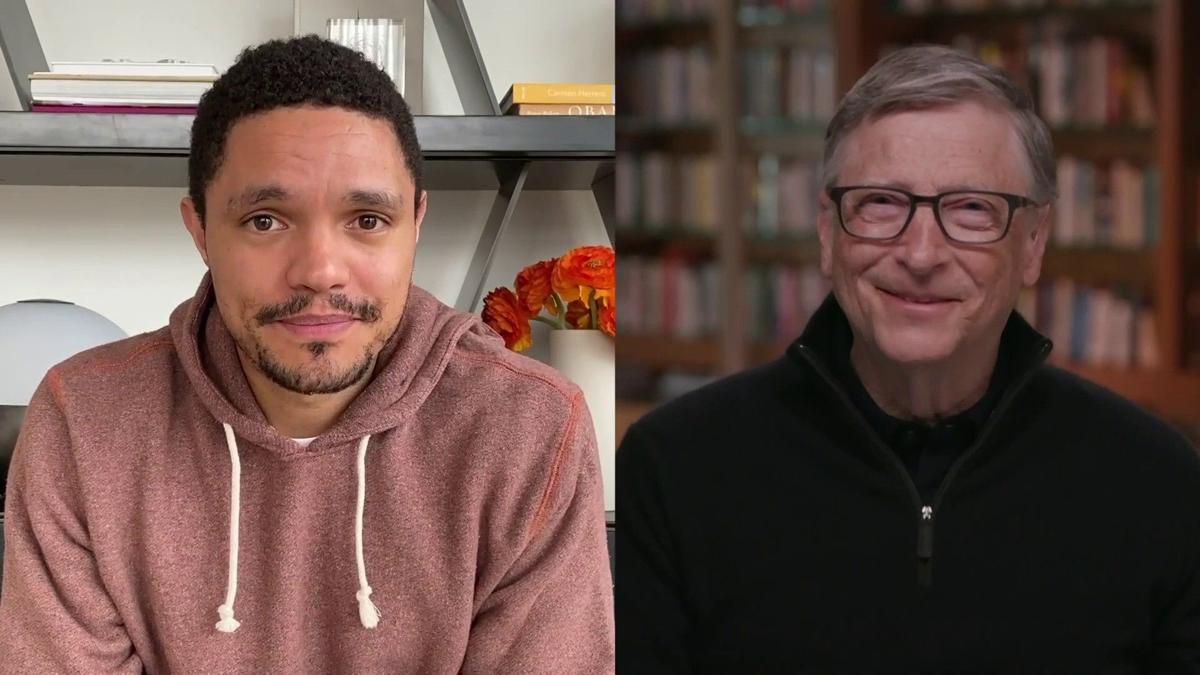 Trevor Noah (left) and Bill Gates on "The Daily Show"