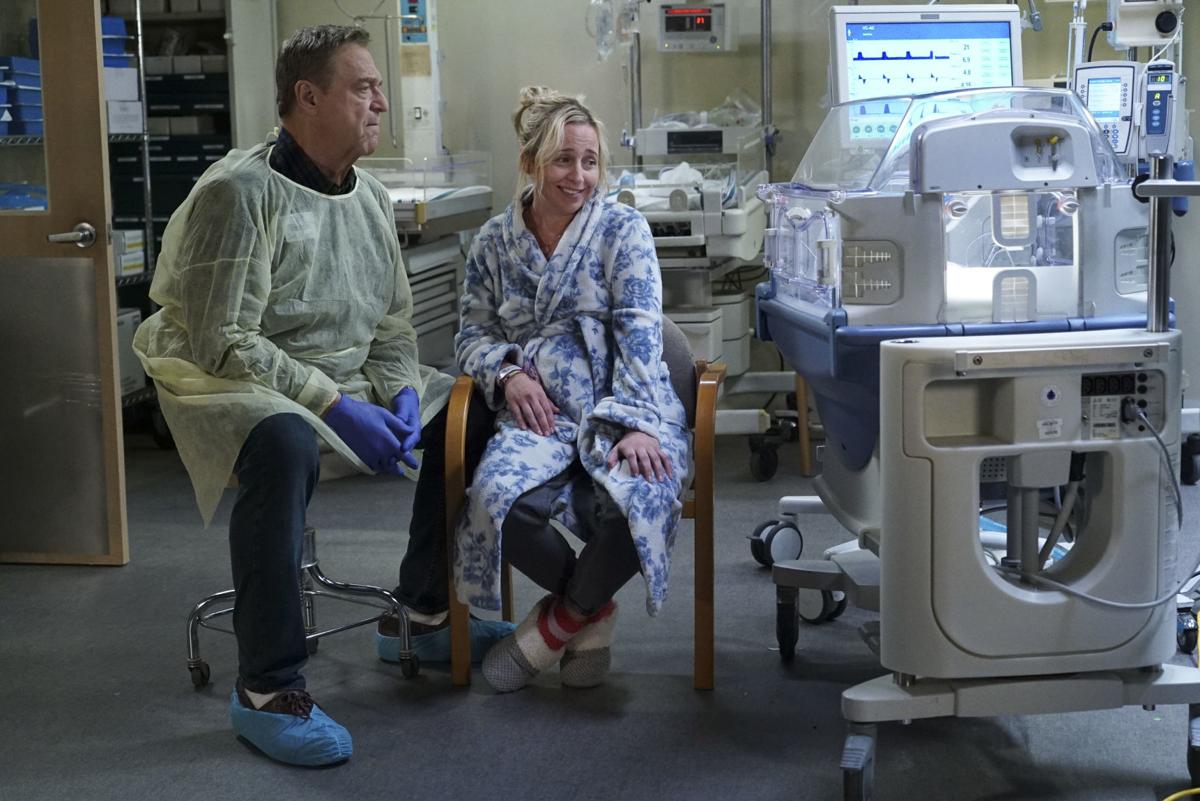 John Goodman and Lecy Goranson in "The Conners" 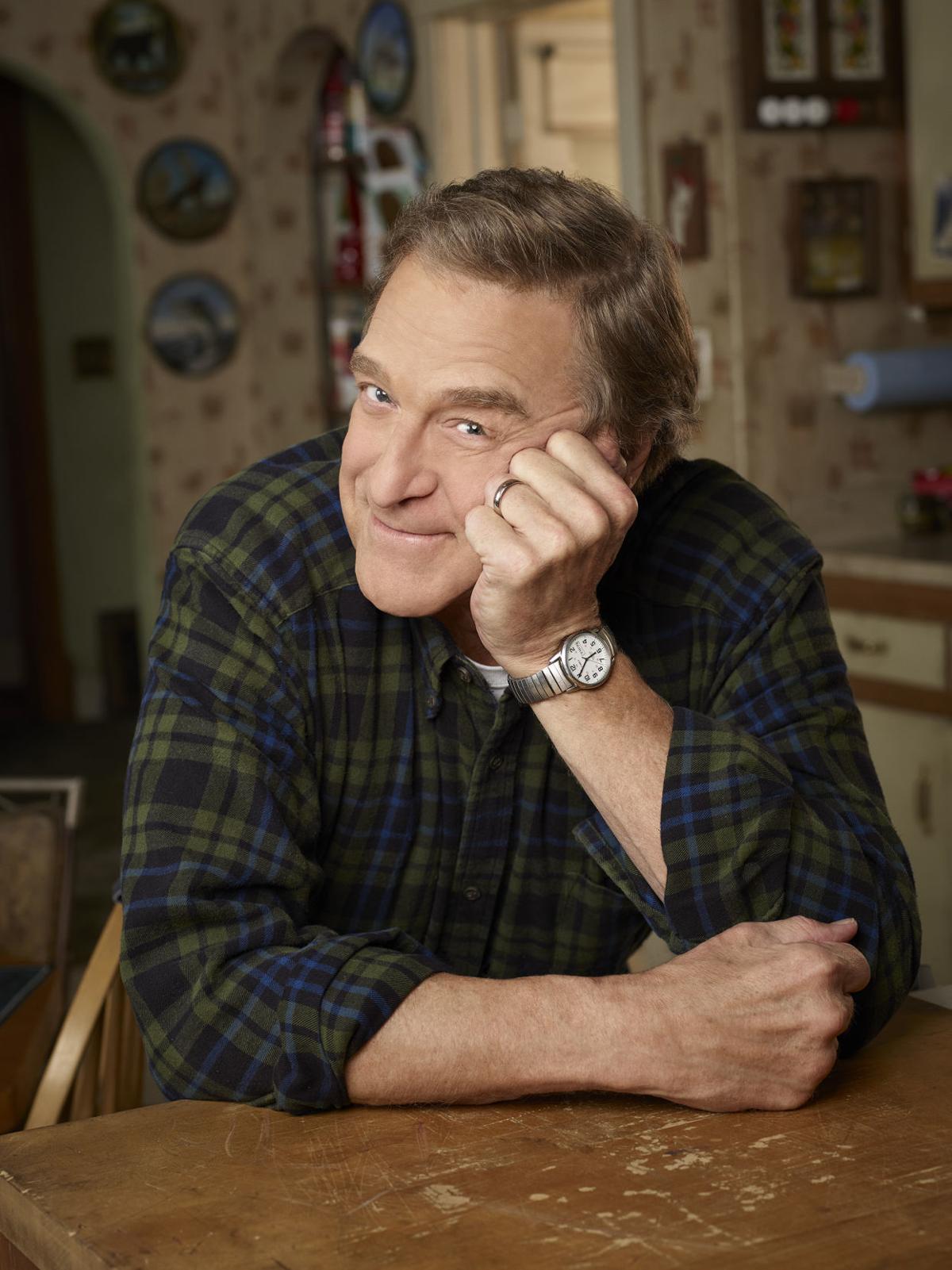 John Goodman in "The Conners" 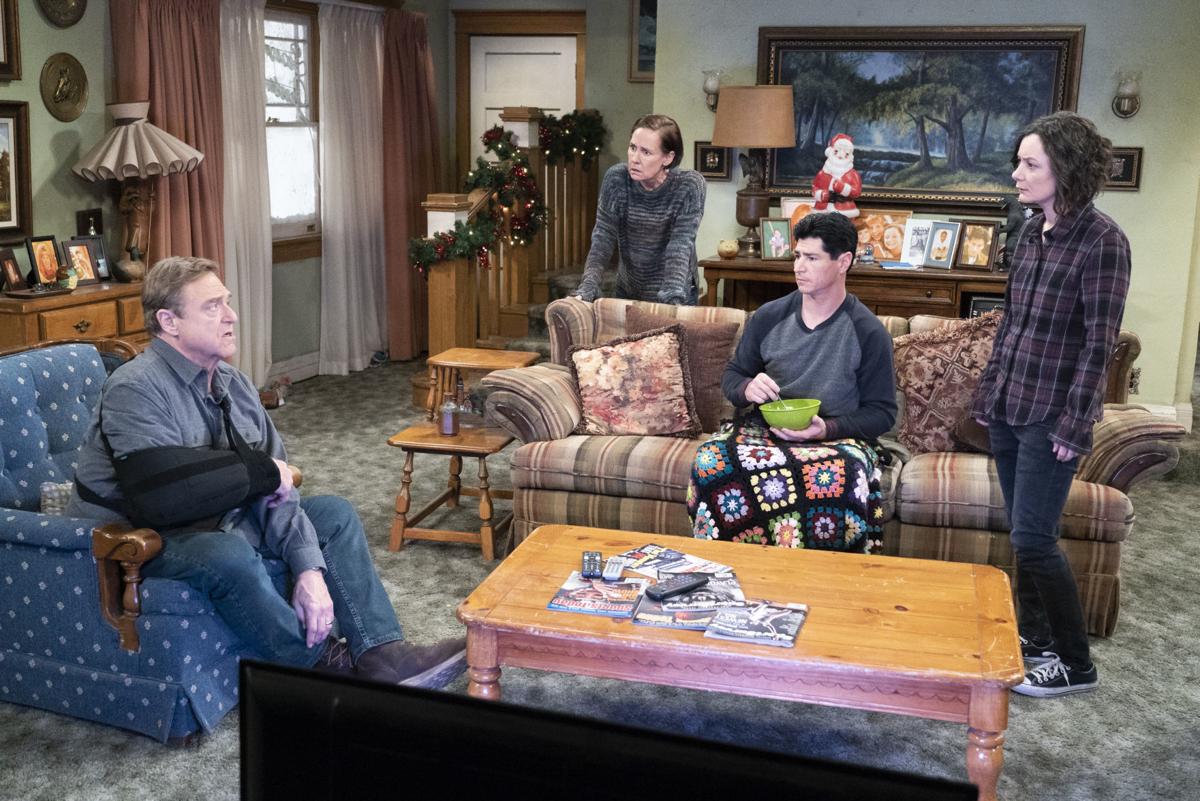 LOS ANGELES — Tuesday’s live edition of “The Conners” is something John Goodman doesn’t want to think about until the very last minute.

“I’m not going to say I won’t make a mistake, but unless I go nuts or forget my shoes, I think we’ll be fine,” he says. “We’re doing it twice, so I have a feeling the first one will go so well we’ll slack off on the second one.”

Designed to combine results from the New Hampshire primary, the episode will enable the TV family to comment on news as it unfolds on both the East and West coasts. According to the plot, one of the characters will be watching as part of a school assignment, allowing the others to debate the merits of voting.

Although there have been other live shows on the networks (including Broadway musicals and reboots of “All in the Family” and “The Jeffersons”), this is the first foray for “The Conners.”

Goodman welcomes it, particularly because he misses performing onstage. While starring in a Broadway revival of “The Front Page” in 2016, he says he complained about missing “a nice sitcom. Then, I got this, and I’m so lucky.”

The 2018 reboot of “Roseanne,” which reunited cast members from the original series (1988-1997), was only supposed to run a handful of episodes each year. It was extremely successful, however, and looked like it was going to be renewed. When Roseanne Barr was fired for racist tweets, the series’ future was iffy.

“Two days later, I got offered an HBO show (‘The Righteous Gemstones’), which I took, and then this happened,” he says of the reconstituted series.

The first season of “Gemstones” ran for nine episodes in fall and has been renewed for a second season.

That means the 67-year-old doesn’t have much time off, but “both jobs are fun.” Visitors to Union Station can hear the St. Louis native’s voice as part of narrations in the Grand Hall and at the new St. Louis Aquarium.

“I thought I was going to start slowing down about now,” he says with a smile. “But I don’t know if I could retire. Everything is so great, I’ll worry about it when the time comes.”

“The Conners,” a look at Roseanne’s family after her death, still tops the ratings because there are still working-class families in similar situations.

“Rose always said it best in the old days: ‘Just because we’re poor doesn’t make us stupid.’ But when you don’t have those diplomas,” Goodman says, “it can hold you back sometimes.” Education has become a key topic during the series’ run.

Aging is also part of the plots. Ninety-two-year-old Estelle Parsons is on the show and, Goodman says, “she’s jaw-droppingly good. I’m stunned watching her. She’s a walking acting lesson, and she’s just so damn funny.”

Parsons plays the mother of sisters Roseanne and Jackie (Laurie Metcalf, who grew up in Edwardsville).

“I’m probably not going to make it that far,” Goodman says. “But Estelle really took care of herself. I didn’t.”

While Goodman has dozens of films to his credit (many of them Coen Brothers’ comedies), he says he can’t watch many of them. “I’ll look and wished I’d come in at different angle or worked a little harder on them. Quite frankly, I wished I hadn’t been drinking during some of them.”

A couple of projects, he says, are on his to-do list “before I hang it up. But I don’t pine for anything or yearn for anything. I just try to concentrate on today.”

“The Conners,” he says, makes him feel lucky to be working in the business.

“‘Righteous’ came at the right time. To have two series at once? It was just dumb luck.”

In the new CBS series, Falco’s Abigail “Tommy” Thomas is the first female chief of police in Los Angeles.

And don't miss a new episode of 'Stumptown.'

Worth Watching: 'Picard' Welcomes a Familiar Face, 'Big Bang' Echoes on 'Sheldon,' Fun & Games on 'B99'

And catch a new episode of 'Briarpatch.'

John Goodman and Lecy Goranson in "The Conners"

John Goodman in "The Conners"