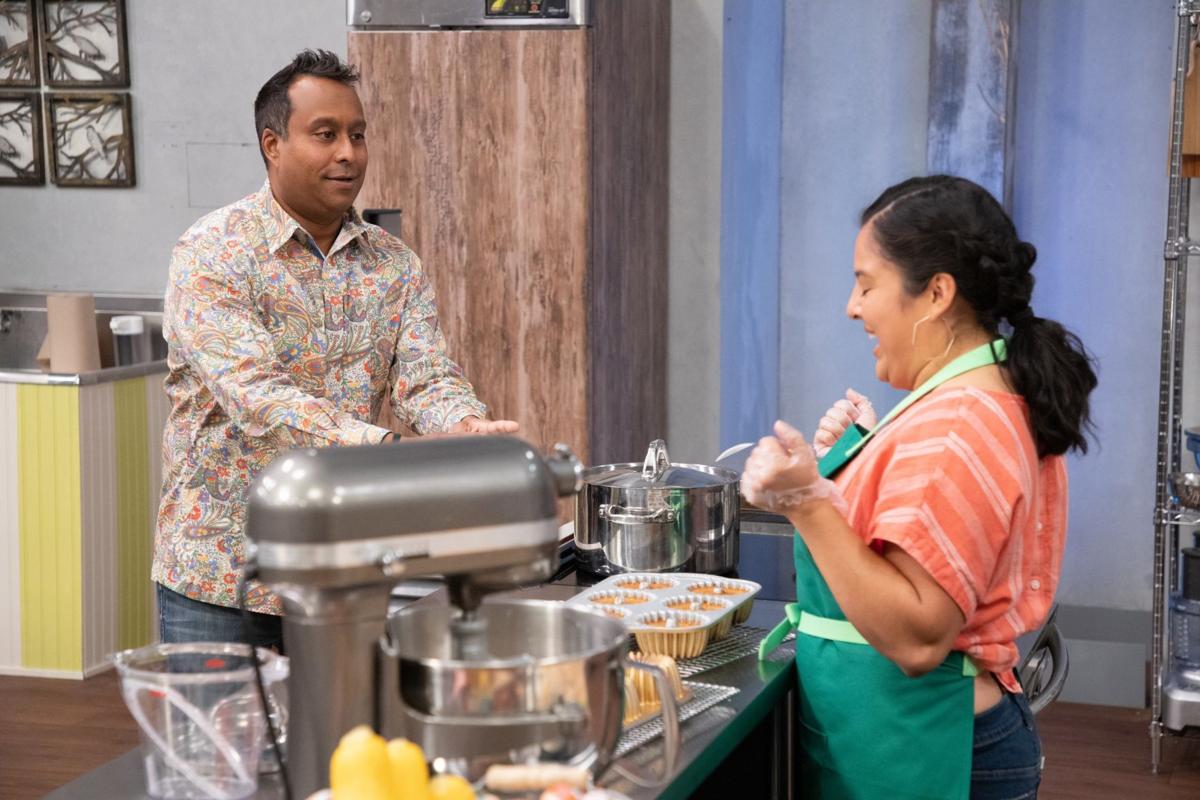 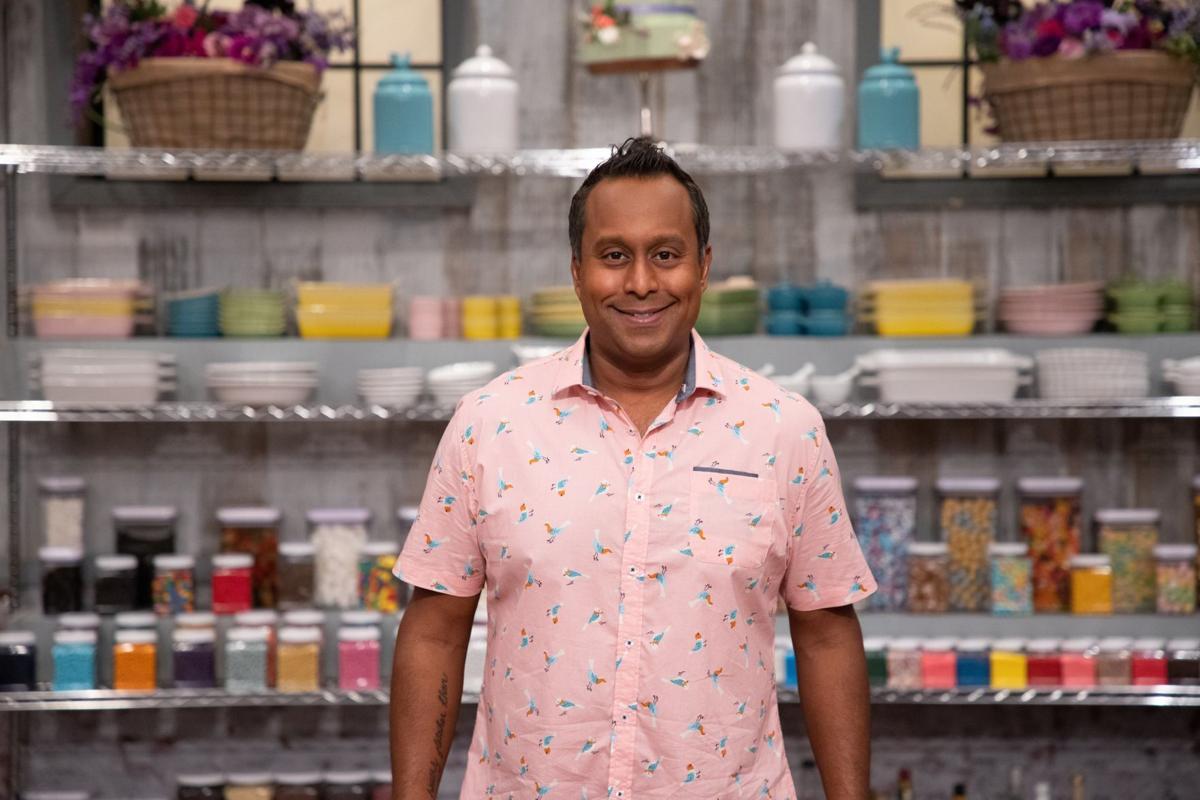 When Ali Khan was in high school at Mary Institute and St. Louis Country Day School, he would go to a party and eat toasted ravioli or sample Italian food from a restaurant on the Hill. Then he would return to his home in West County and eat biryani.

“I’m Bengali,” Khan said from Austin, Texas, where he now lives. “My parents came from Bangladesh. Food is very important in Bangladesh. Growing up with parents who are from the other side of the world and growing up in St. Louis, I was already exposed to all sorts of foods.”

Sometimes you set out to pursue a particular career. And sometimes a career falls into your lap.

When Khan was in high school in the mid-1990s, food television barely existed. He was into theater. He studied theater at the University of Southern California and stayed in Los Angeles after graduation looking for jobs as an actor.

But he was also into food. He dined at the universe of restaurants in LA and became interested in restaurant guides that suggested even more places. After a few years, a high school friend who had moved to the East Coast was putting together his own series of food guides and asked Khan to contribute to the series.

“That started a 10-year exploration into how to get onto TV with food,” he says. “In that time frame, from 2004 to 2014, all this social media started to come into fruition. We shot a cooking video, and we pushed that DVD around town, and that turned into a YouTube show.”

Each step led to something else. Eventually, he got his own show on the Cooking Channel, “Cheap Eats,” in which he visited an assortment of cities across the country to eat breakfast, lunch, dinner and a snack on just $35. But he still wasn’t sure that what he had was a career.

Then, after shooting an episode in Richmond, Virginia, early in his first season, he went back to his hotel and turned on the television. There he saw Sterling K. Brown receive an Emmy Award for his role as prosecutor Christopher Darden in the limited series “The People v. O.J. Simpson: American Crime Story.”

Brown was a year ahead of Khan at MICDS and was also involved in the theater department. They belonged to the same improv group and were in at least one play together, “The Manchurian Candidate.” Khan played a corrupt general, and Brown was the brainwashed vice presidential candidate with the mother problem.

Inspired by the Emmy-winning success of his old friend — Brown helped with his monologues when Khan applied to the Yale Drama School — Khan decided to stick with what became his career path.

He began appearing on the Food Network, grilling a tandoori lamb hoagie with Bobby Flay and serving as a judge on the competition show “Chopped.” But acting as the host on an established competition show is a different level.

“This is the NFL, baby. This is it,” he says. “This is Sunday Night (Football). There are millions of people watching.”

Hosting the show this time was very different from doing it three years ago for one big reason: COVID-19. The series was shot last fall, so the producers created a quarantine bubble for the contestants and crew in the somewhat remote town of Rancho Palos Verdes, California. Everyone was tested every couple of days, they were kept in sequestered areas and their masks only came off when it was time to film.

The days were long — Khan logged at least one 15-hour day, and others worked much harder than he — but it is not as if they were suffering. The show was shot at what Khan calls “a beautiful resort,” and “we were actually a 50-yard dash from the ocean. The office seldom has a better view. You would have to be in Hawaii to find a better view than we had.”

As the host, Khan’s job is to explain the rules of the contest, elaborate on each week’s theme and specify what each week’s two weekly challenges are. He also announces the week’s winner and loser, who is eliminated from the competition. That part is all scripted.

But he also pops up throughout the show to interview the contestants while they are baking. Those interviews are called OTF, for “on the fly,” and they are where his improv talent comes into play.

Each episode also involves a twist, an additional obstruction announced late in the baking that makes the challenge more difficult for the bakers. The producers film much more material than is aired in an hourlong show, and Khan never knows what will make the final version, but one of these twists truly stood out for him.

The contestants had to put representations of dairy cattle on their cakes with a representation of a cowbell. Khan came out with a cowbell and did an imitation of Christopher Walken’s classic “more cowbell” sketch from “Saturday Night Live.”

For Town and Country dentist, visit to 'Temptation Island' was irresistible

Blake Eyres is one of the men trying to tempt women away from their mates on USA Network dating competition.

War of words: Royal rift ahead of Meghan and Harry's first interview today

Patrick Jephson, chief of staff to Princess Diana, talks about the current rift between Harry and Meghan, the Duke and Duchess of Sussex, and …

'For All Mankind' take a giant leap into alternate world

In the show’s alternate universe, the Soviet Union beat the United States to the moon.

TV Q&A: Will 'Younger' be returning for another season?

With questions and answers about "FBI," Chuck Connors, and the distinction between "actor" and "actress."

LOS ANGELES (AP) — In a wide-ranging interview aired Sunday, Harry and Meghan described painful palace discussions about the color of their so…

'Generation' aims for a realistic look at high school

The young actors who play high school students in “Generation” couldn’t believe the themes the new HBO Max series was going to address.

20 years ago: Our first profile of a smokin'-hot Jon Hamm

Gail Pennington's story on Feb. 18, 2001, was the first time he appeared on our pages as a rising Hollywood star.

Worth Watching: Paramount+ Arrives, ‘Superstore’ Cleans Up, a Valentine for ‘Mom,’ Fallout for ‘Clarice’

Plus, catch a new episode of 'Celebrity Wheel of Fortune.'

Tim Allen, Richard Karn are back in the workshop for ‘Assembly Required’