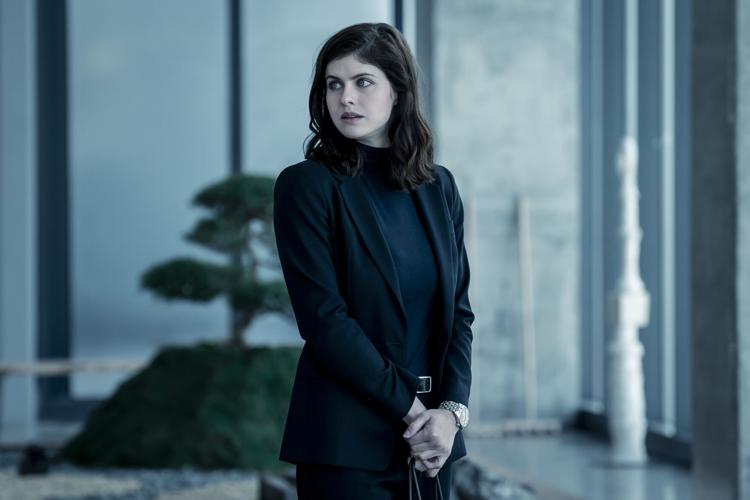 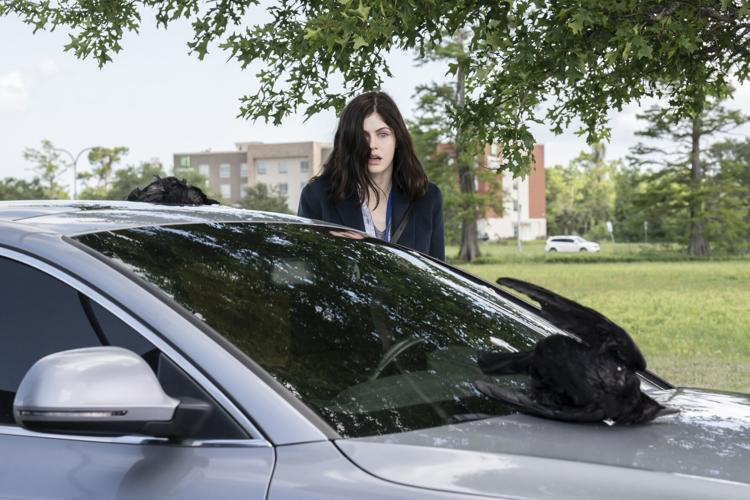 Alexandra Daddario stumbles onto an interesting lineage in "Mayfair Witches." 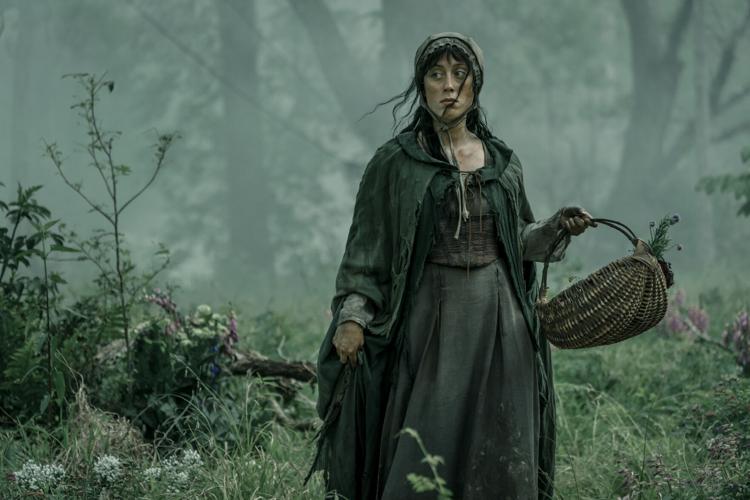 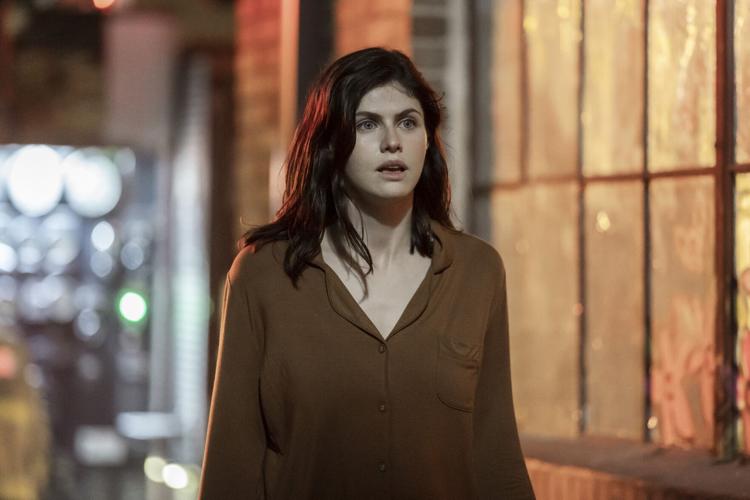 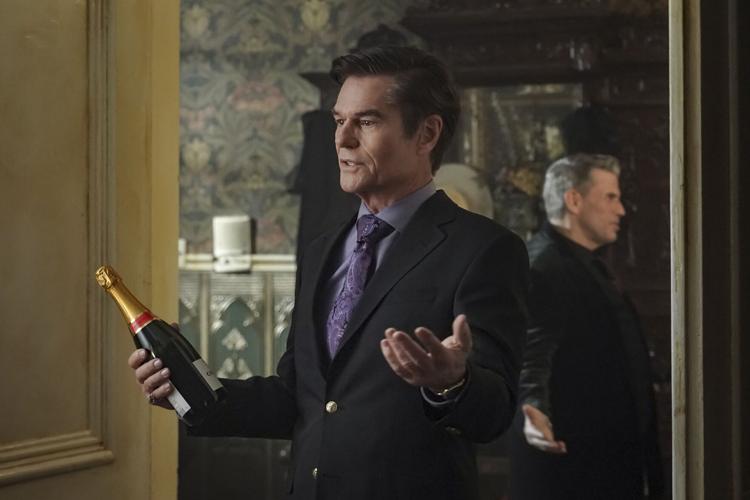 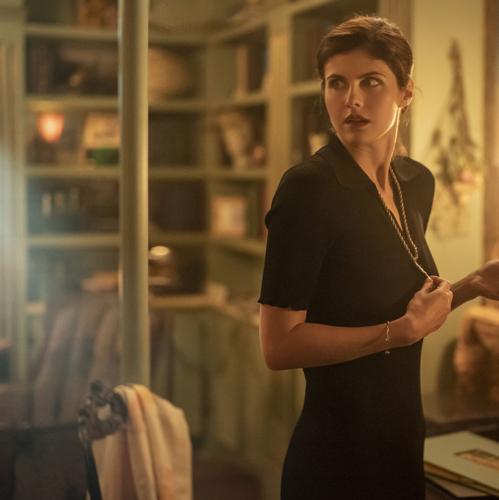 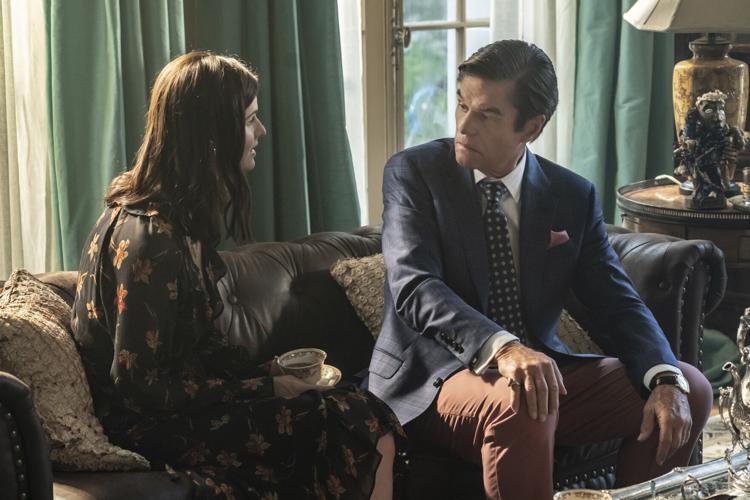 The producers of “Anne Rice’s Mayfair Witches” didn’t just hire a witchcraft consultant to help them understand nuances of the best-selling book.

“We had a Latin consultant and a magic consultant and we’re shooting in New Orleans,” says Executive Producer Esta Spalding. “The city is full of all of this mythology and we’ve tried to tap into it everywhere we can.”

For actress Alexandra Daddario, who plays a doctor who discovers she’s from a long line of witches, the spells had to be learned phonetically. “It was great fun because I never get to do anything like that in real life.”

To understand the world Rice created, she read a lot of interviews to get an idea where these “crazy ideas” come from. “Anne Rice is a fascinating woman. Now as we’re finishing the series, I’m almost done with the book.”

Co-star Harry Hamlin, who plays Cortland Mayfair, the family patriarch, listened to the book on Audible. “It’s like 55 hours of listening,” he says. “I got through 10 hours of it before I started work on the show. It’s so mysterious and exotic and wonderfully sick in so many cool ways.”

Working in New Orleans (where another Rice project, “Interview with the Vampire,” is shot) helps the actors understand the world. “We have some connections,” says Executive Producer Mark Johnson. “But ‘Mayfair Witches’ is very much its own project, its own series.”

Shot on the same stages as “Vampire,” “Witches” had moments where the two worlds might have collided. Spalding says someone on the set noticed a scene had “Vampire” wallpaper and a painter had to quickly come out and repaint the area. “We’re trying to, in the first season of the show, have only these very, very selective Easter eggs for the audience to pick up on.”

Based on “Lives of the Mayfair Witches,” the series has plenty of material to draw from. “The Witching Hour,” the first book, has “about 300 or 400 pages of 13 generations of witches going all the way back to Scotland,” Spalding says. “We used a piece of that and then, we feel, we’re going to save some of that great story and saga for later seasons. We just took everything that we could and hoarded it because it’s full of such delicious, delicious ghostly and exciting witch stuff.”

Johnson says the books’ emphasis on transformation and acceptance has resonance for today. “These are adult stories that have a real direct question to a younger audience.”

When Spalding and fellow writer and producer Michelle Ashford got the material, they were fascinated by the fact the lead character was a doctor. “For someone so versed in genre like Anne, we thought that was a really curious choice,” Ashford says. “Why would you pick a doctor?”

They did research and learned that early witches were healers.

“We realized she made her a witch because she knew what she was talking about in terms of starting her off as a doctor,” Ashford says.

“To make Rowan this doctor…who has a gift of healing and also a gift to destroy….she’s really in the fulcrum of this question of how do you use power?” Spalding says. “Do you heal with it? Do you destroy with it? How should…and will…women use power? It’s answered in various ways over the course of each episode.”

Rice’s books resonate with LGBTQ readers because they embrace diversity. For the folks behind “Mayfair Witches,” that was essential.

Audience members should “look at all of the characters and feel that they see themselves, whoever they are,” Spalding says. “The show is inviting and inclusive of every point of view.”

Media Views: Search for Dan McLaughlin's replacement heats up, but could he eventually return to Cardinals broadcasts?

The status of Kansas City quarterback Patrick Mahomes’ aliment, which reportedly is a high ankle sprain, will be the subject of much talk thro…

TV Q&A: What happened to Robin Meade's program on HLN?

With questions and answers about "A Million Little Things," "Luther" and "Holiday Inn."

LOS ANGELES – Even though it’s set in the corporate offices of a car company, “American Auto” is just as much a workplace comedy as “Superstore” or “The Office,” says Executive Producer Justin Spitzer.

TV Q&A: Isn't there a law to limit loud commercials?

With questions and answers about "SEAL Team," "The Blacklist" and "The Man Called X."

Gina Rodriguez digs into obituaries in new comedy, 'Not Dead Yet'

When David Windsor and Casey Johnson were looking for story ideas, they discovered they both loved reading obituaries.

The 16 TV shows worth getting excited about in 2023

From new network series to returning cable hits, here are the 16 shows worth being excited about this year.

Bryan Cranston's 'Your Honor' digs into grief in second season

In the second season of “Your Honor,” Bryan Cranston wanted to explore how grief affects someone. His character, Michael Desiato, has lost his son and now finds himself in prison.

Alexandra Daddario stumbles onto an interesting lineage in "Mayfair Witches."